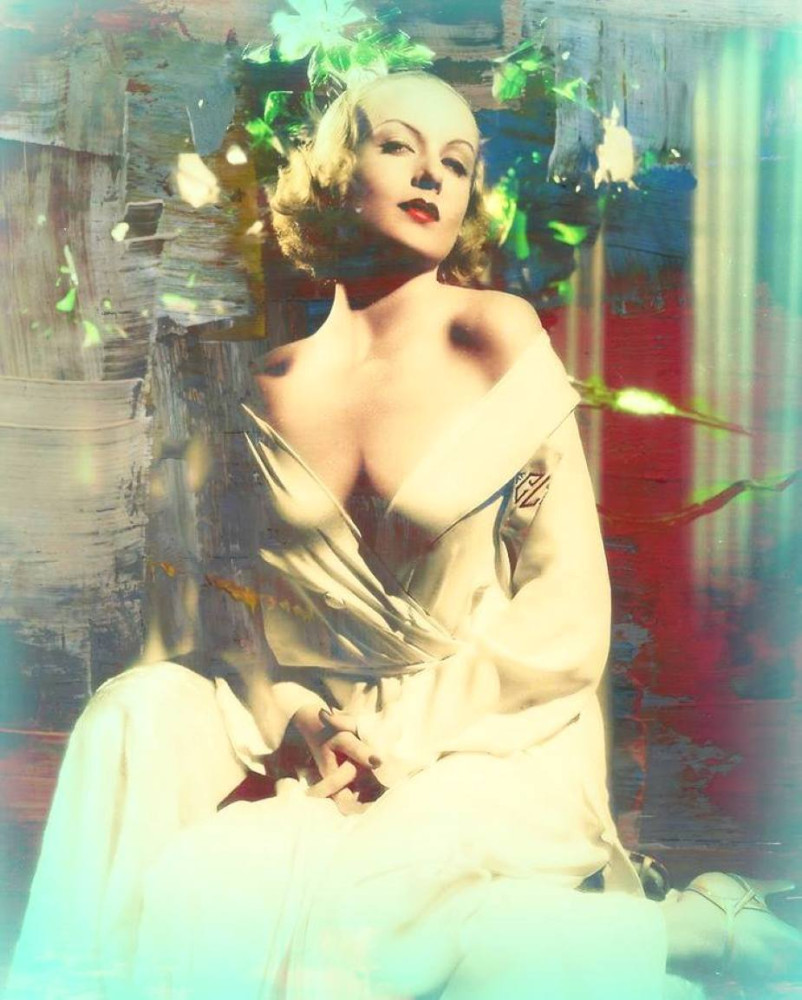 I've never hidden my disdain for colorization of images of Carole Lombard and other classic-era personalities, whether they be stills or entire motion pictures. Yet I will concede there are exceptions to every rule, such as Richard Smith's adaptation (above) of this vintage portrait, Paramount p1202-547: 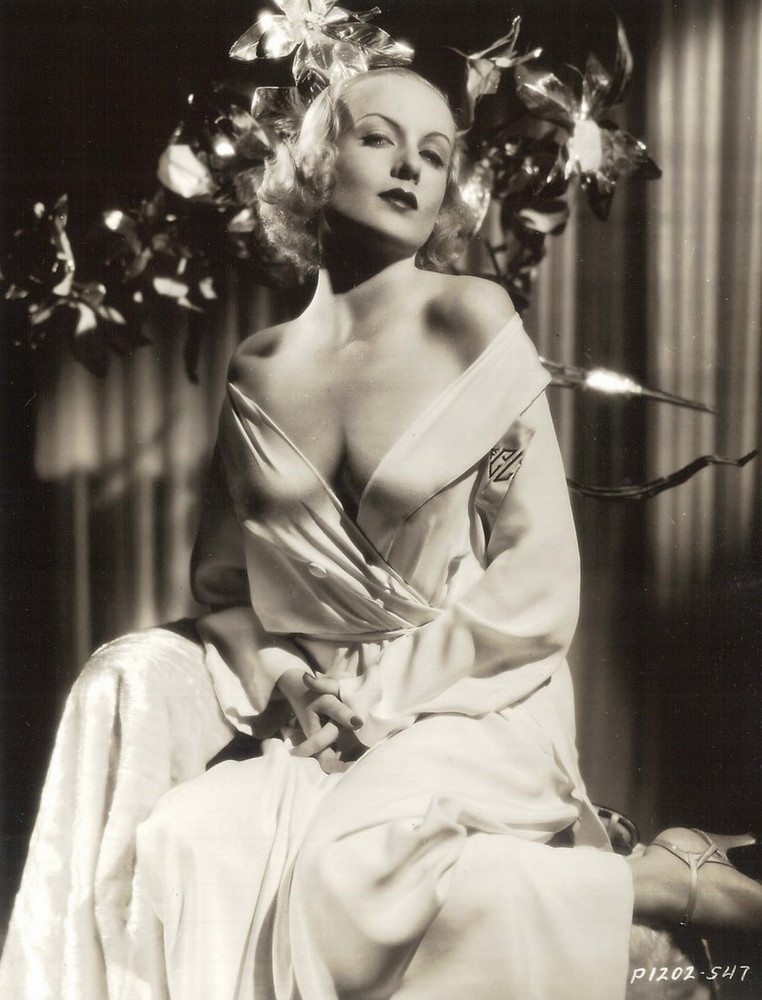 Rather than simply convert the black-and-white pic into a feigned color photograph, Smith added some artistic touches, which has the effect of making it appear more (not less) lifelike -- as if Carole posed for it just the other day.

I bring this up because an original Lombard portrait is up for auction at eBay -- and the description from the snipe on the back provides ammunition for colorizers...assuming they're up to the task. This is from Paramount to promote "Rumba," an image copyrighted late in 1934, but the p1202 number at the bottom right-hand corner is muddled (it looks to be somewhere in the low 900s, which would align itself with other "Rumba" pics): 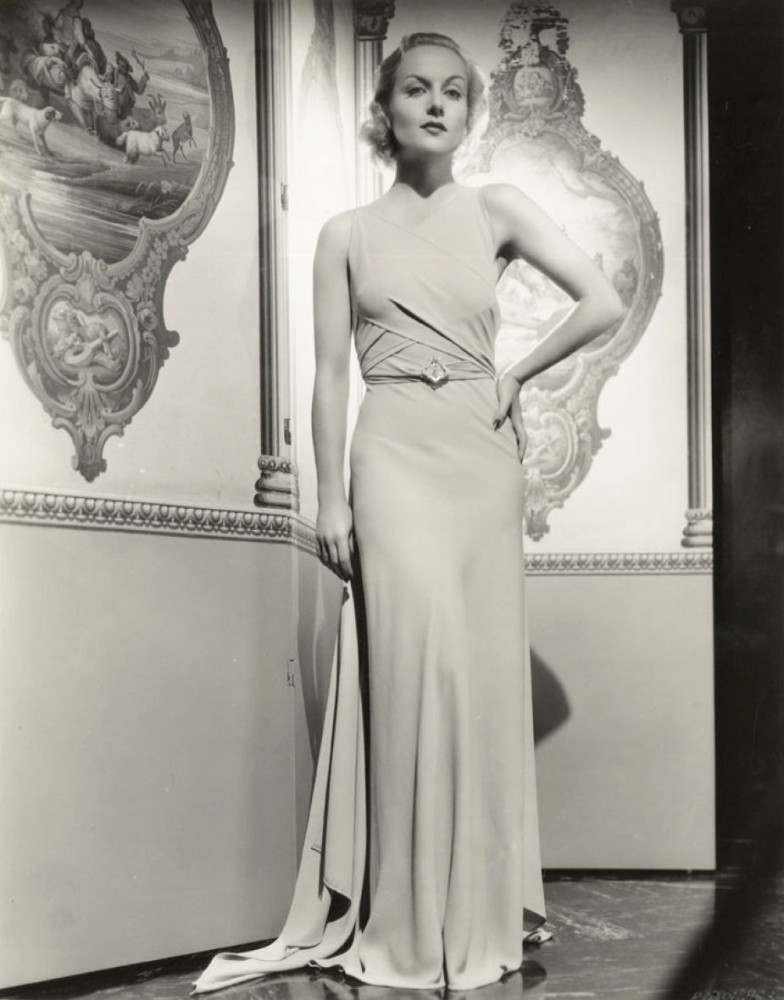 Nice image, but what color is that gown? The snipe, via Paramount fashion maven Travis Banton, tells you:

"Smoky rose-beige in its palest hue." Exercise restraint with your color tones, folks. (Not to mention the skin tones; regardless of your personal political views, none of us wants Carole to approximate the appearance of John Boehner.)

The seller labels this 8" x 10" single weight pic as an "Original, gelatin silver photograph in fine to fine+ condition. There is some corner and edge wear, as seen, but image area is practically flawless."

As of this writing, 10 bids already have been made on this, topping out at $61. You can still get in on the action, since the auction closes at 9:53 p.m. (Eastern) Sunday. Get all the info by visiting http://www.ebay.com/itm/VINTAGE-1934-CAROLE-LOMBARD-ART-DECO-GLAMOUR-PHOTOGRAPH-EXQUISITE-VINTAGE-RUMBA-/291292550371?pt=LH_DefaultDomain_0&hash=item43d26394e3.

Sometime in 1933, the year before the Rumba pic, Carole posed in a dark gown for our latest Lombard LiveJournal header, Paramount p1202-572.
Collapse