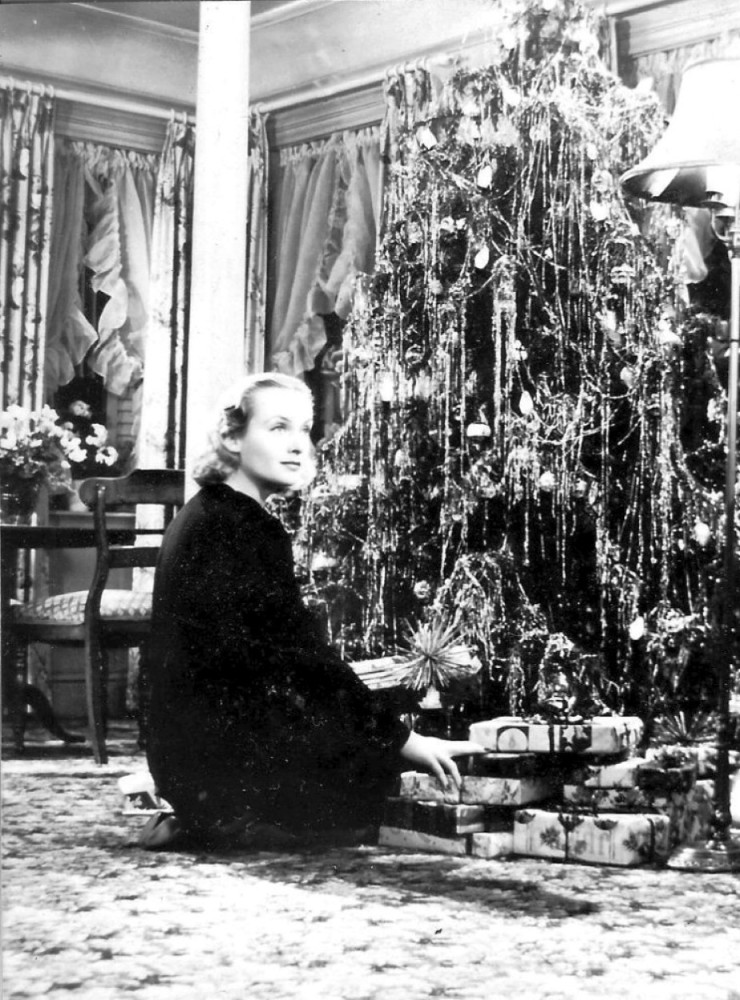 As we see Carole Lombard in a Christmas scene from "In Name Only," her 1939 romantic drama with Cary Grant and Kay Francis, I'm adjusting to my first celebration of the holiday in Los Angeles. It's probably not the warmest Christmas Day I've ever experienced -- it was 58 degrees and windy at 9:45 a.m., according to KNX radio, and I can recall some positively balmy days in Washington on Dec. 25 -- but on the whole, it's a different experience. (How different? It reached 80 on Dec. 23, and that evening, when I went for some food shopping, all I needed was a long-sleeve shirt and sweater vest.) It may not break 70 for the next few days, so if you're in the area or plan to visit shortly, take along a light jacket, even in daytime.

Fortunately, Du-par's, the beloved Los Angeles restaurant chain that's been around since 1938, is open (as it is 24/7), and I'll take the 3rd Street bus to the Farmers Market location (above) for a special traditional Christmas dinner -- turkey and all the trimmings. So I wish you the best on this special day in Christendom, whether or not that's your religion, with hope that peace envelops your life.

We'll close with a version of "The Christmas Song" you probably have never heard before. Written by Mel Torme and Robert Wells during a southern California heat spell in 1944, it became a huge hit for Nat "King" Cole two years later, and many other singers soon tried their hand at it. (In those days, it was not uncommon to see several versions of the same song make the pop charts.) One of those singers was my longtime Facebook friend Monica Lewis, whom I've met several times since moving west this year. And here's her take on this Yuletide chestnut (roasting on an open fire?), with Ray Bloch (later the bandleader on "Toast Of The Town"/"The Ed Sullivan Show") and his orchestra: