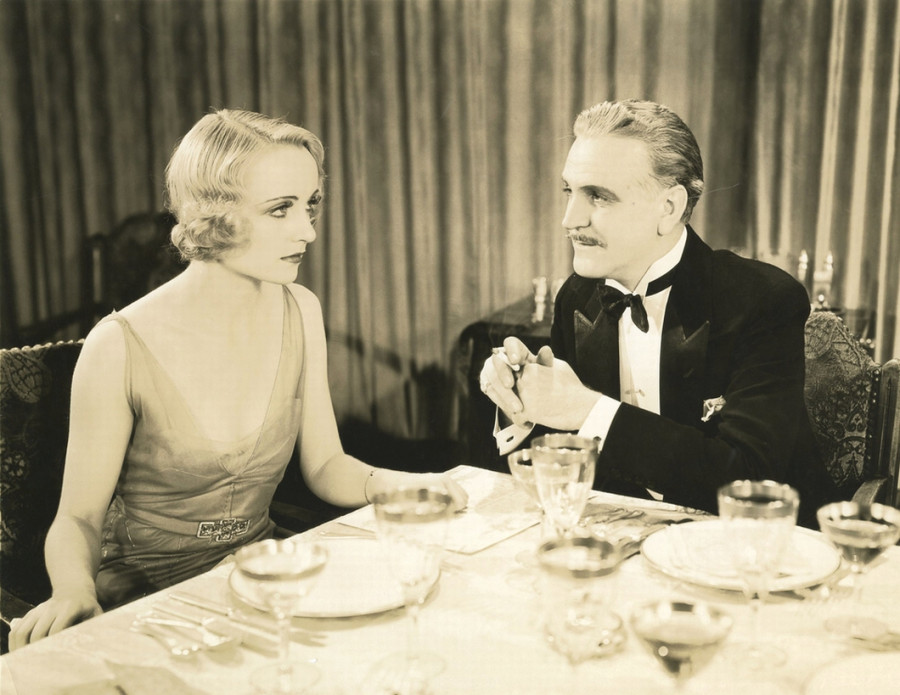 "Fast And Loose" has some significant singularities in the Carole Lombard cinematic canon. It was the only film she ever made in New York, and her lone movie with the famed character actor Frank Morgan. It's also her only teaming with Miriam Hopkins, whom she'd battle for roles over the next decade, sometimes winning, sometimes losing. And finally, while it wasn't the first time she used the first name Carole with an "e," she would retain that spelling from then on.

An item related to that film is now on sale at eBay -- a program from the West Bend (Wisc.) Theater: 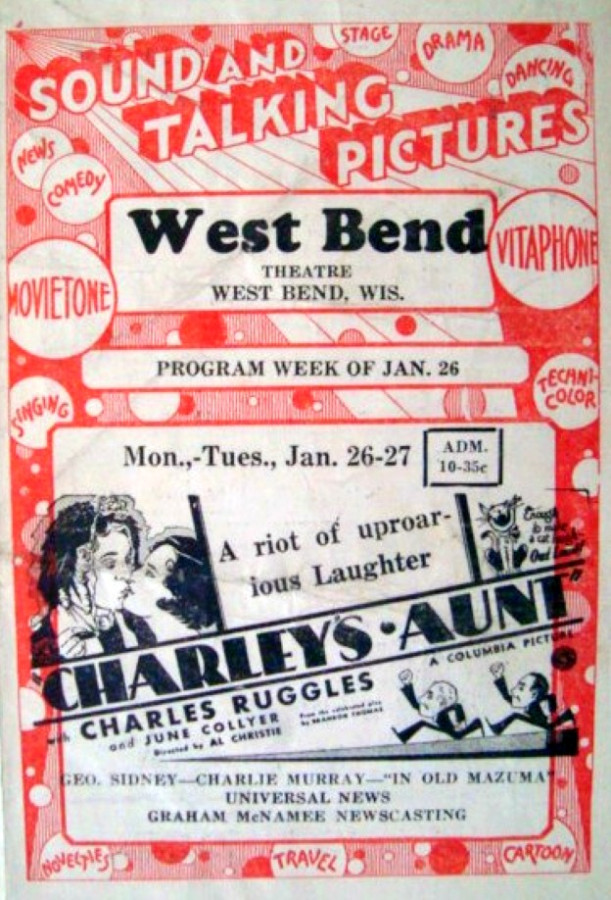 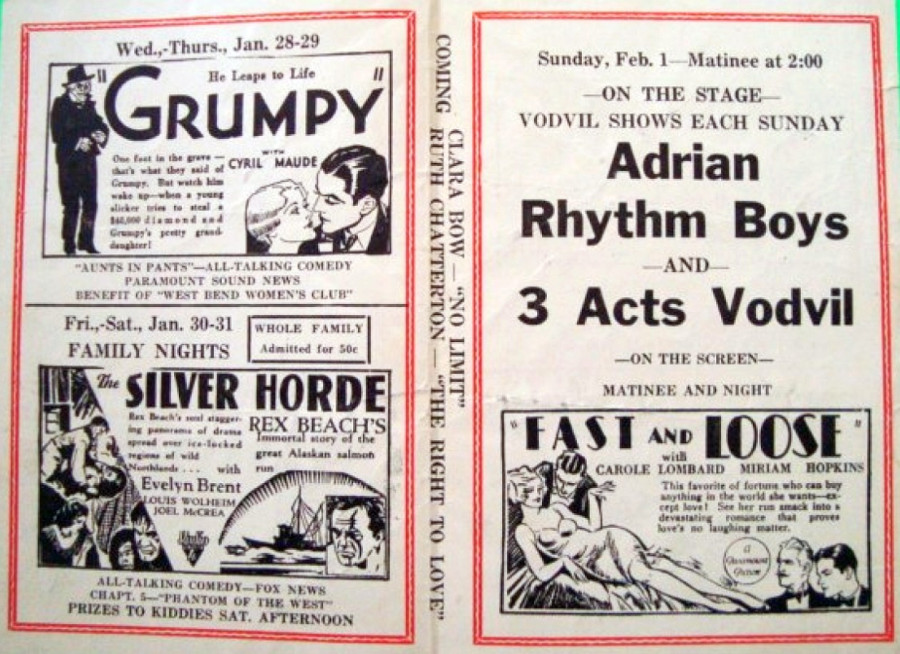 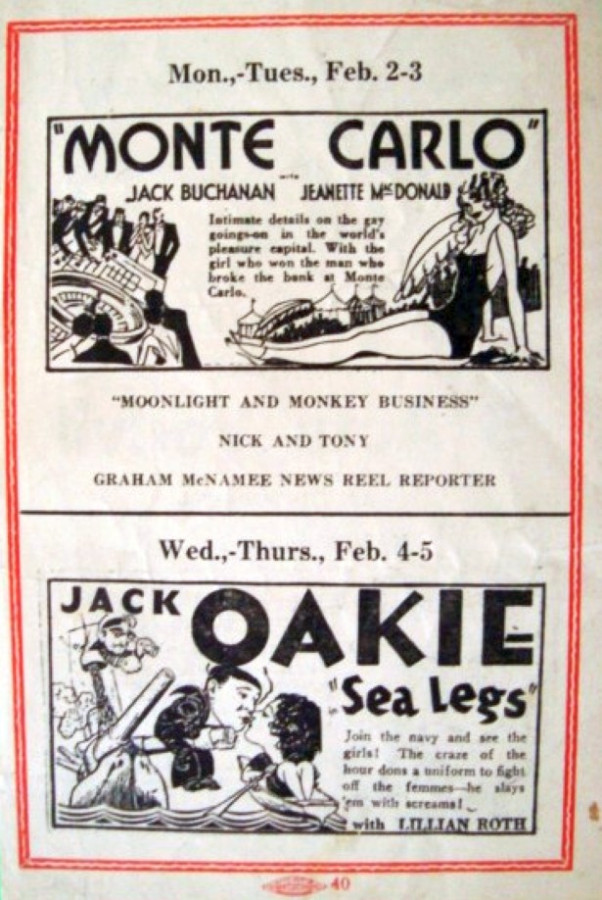 Some other movies of note were playing there, including the Charles Ruggles "Charley's Aunt" (an adaptation of a play later brought back to film as a Jack Benny vehicle) and Ernst Lubitsch's "Monte Carlo" (featuring "Beyond The Blue Horizon").

Here's an enlargement of the "Fast And Loose" ad: 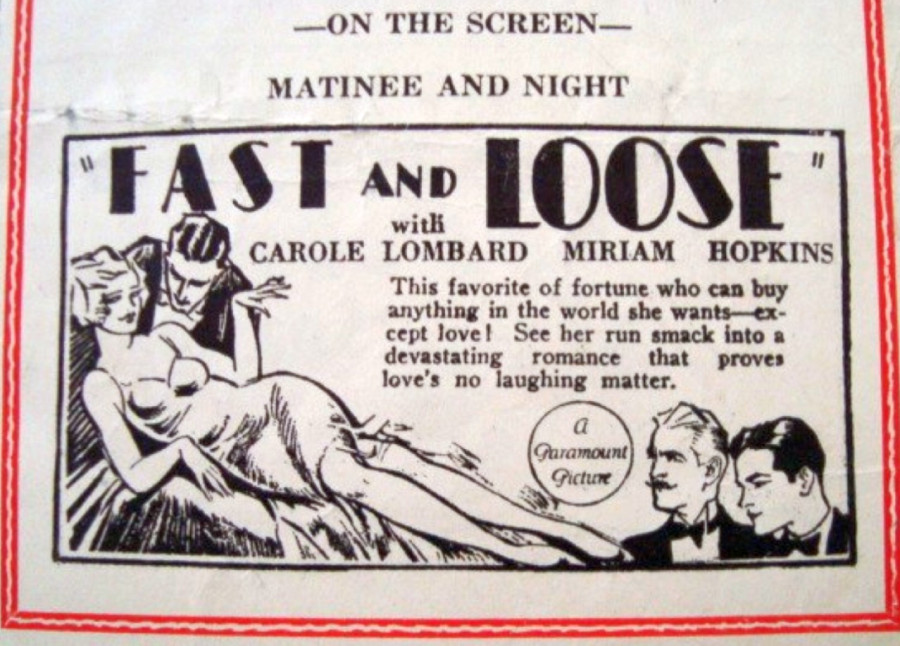 Note that here, for some reason, Lombard is billed above Hopkins (although the accompanying illustration looks more like Miriam than Carole).

The seller wasn't sure what year the program was from, but a check of the calendar links the dates to 1931. 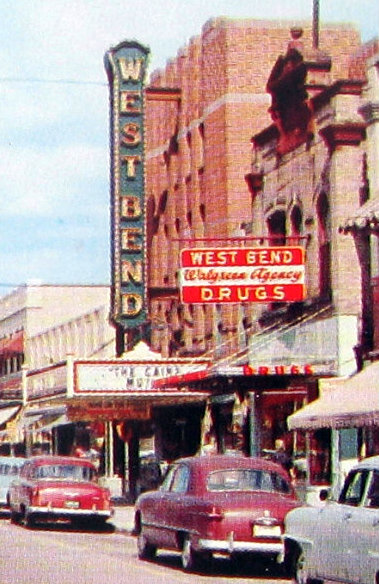 It's still around, though triplexed, and officially is known as the West Bend Cinema Brewhaus.