Carole Lombard is cross-examined by husband Fred MacMurray in a scene from 1937's "True Confession," Carole's final film for Paramount. It's a vintage original still from production, as the image has crop marks... 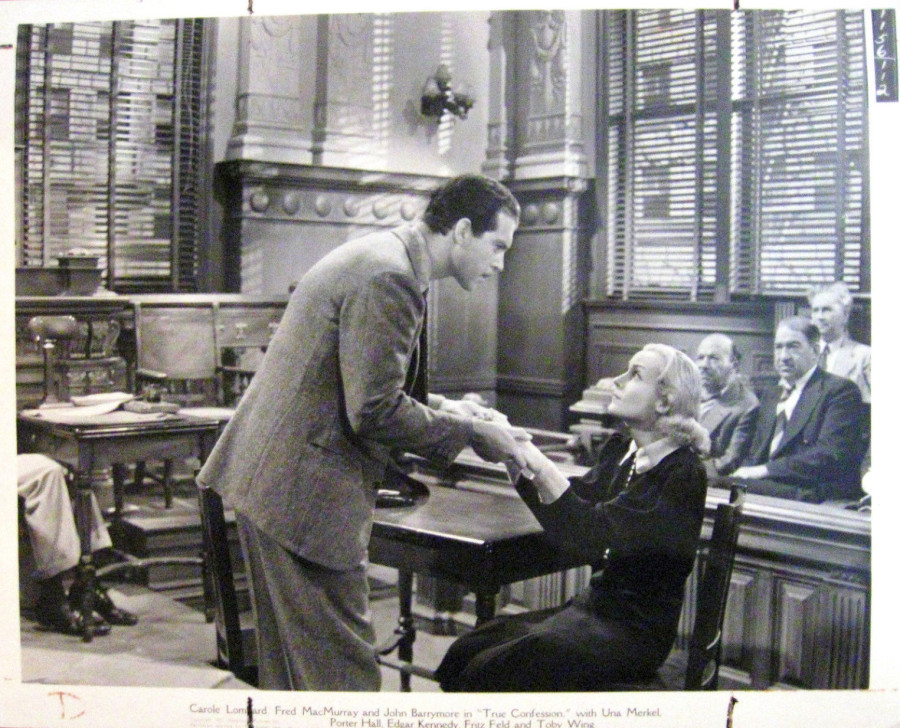 ...from the relatively obscure Movie Story fan magazine (I presume this ran on page 24 of the January 1938 issue): 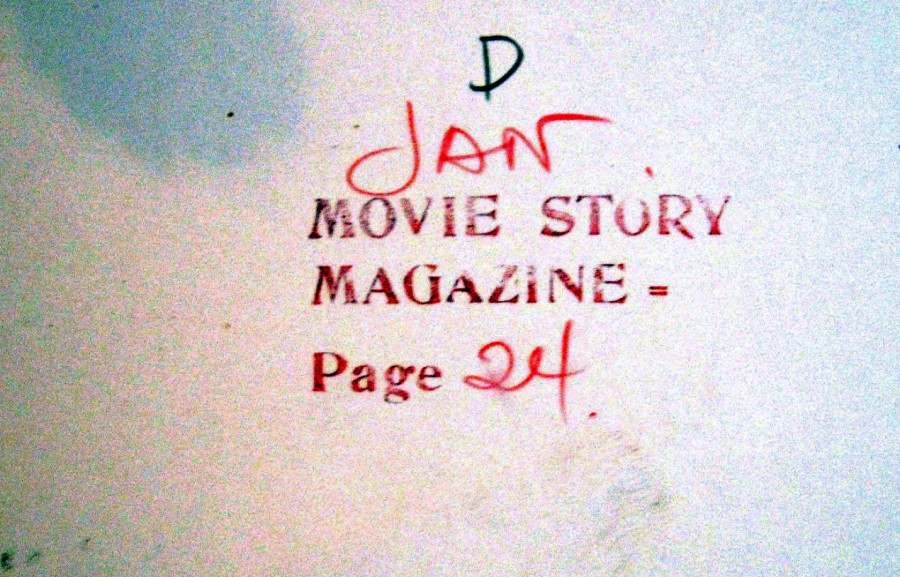 This is among 20 original stills from Lombard movies up for bid from mangiamo, an eBay seller who specializes in Lombardiana (my term for Carole memorabilia). I met this seller (a husband-and-wife team) over the Labor Day weekend at Cinecon 50, and simply put, they know their Lombard. All have initial bids ranging from $4 to $12 (the vast majority open at $5 or $6), with the auction closing between 11 a.m. and noon (Eastern) next Sunday.

Among the other goodies are these: Carole with Ralph Bellamy in "Hands Across The Table"... 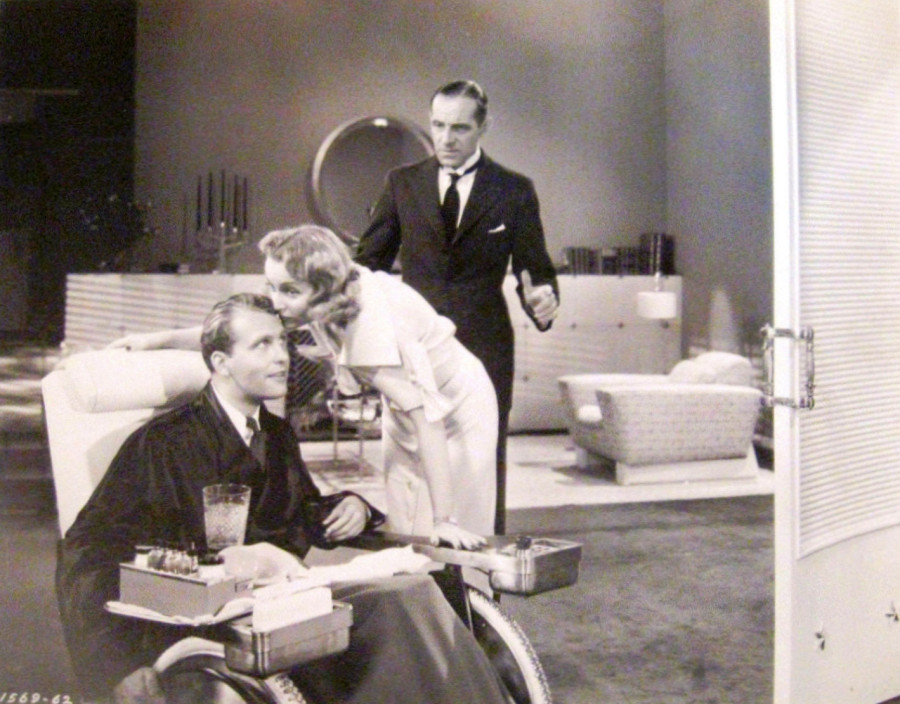 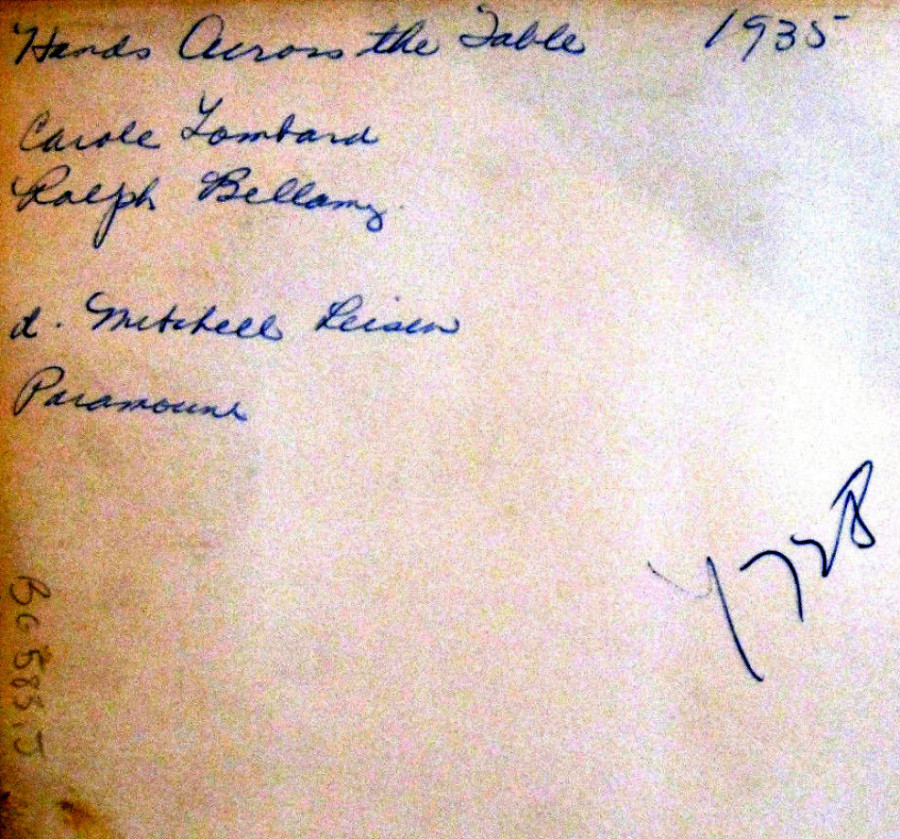 ...Lombard appearing a bit miffed (OK, she might have used somewhat stronger language to describe that look) in "Sinners In The Sun"... 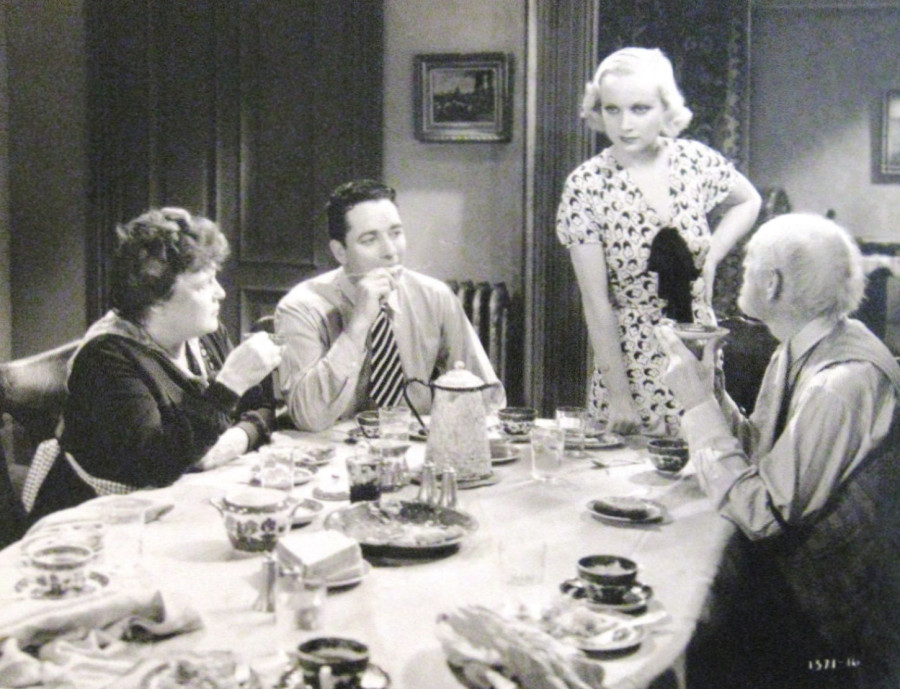 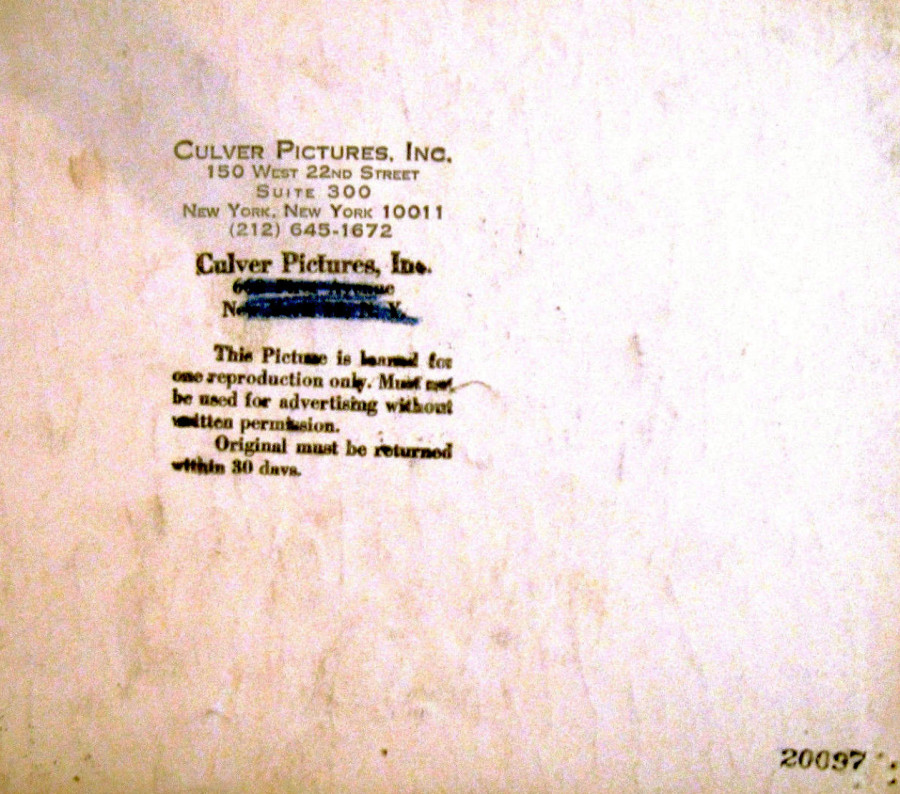 ...and Carole dancing with the dashing Cesar Romero in "Love Before Breakfast": 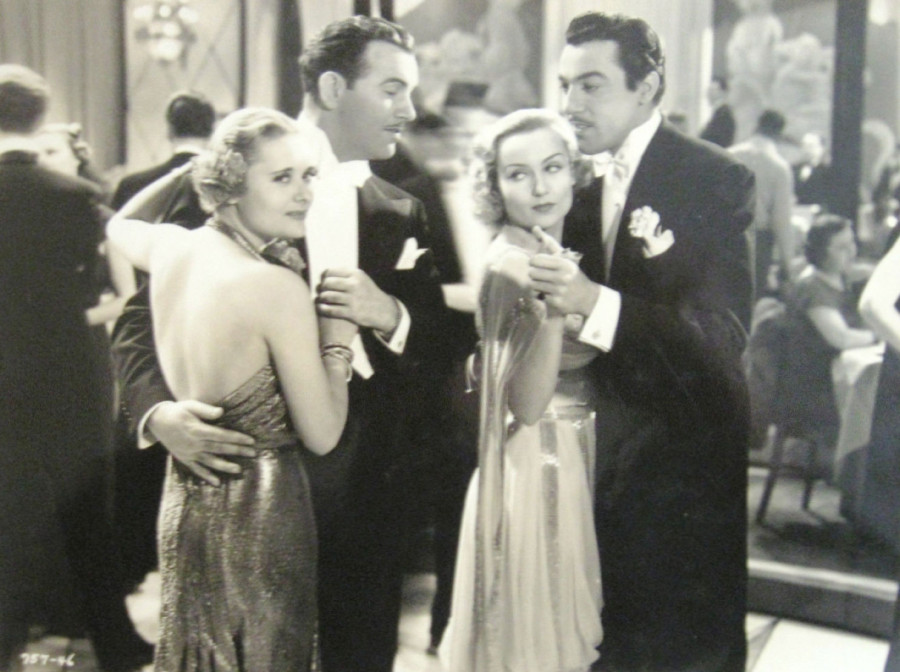 We're briefly taking a break from Paramount p1202 portraits as Lombard LiveJournal headers to wish holiday cheer via this leggy image of Carole, holding gifts beneath the Christmas tree, for Mack Sennett in 1927.
Collapse