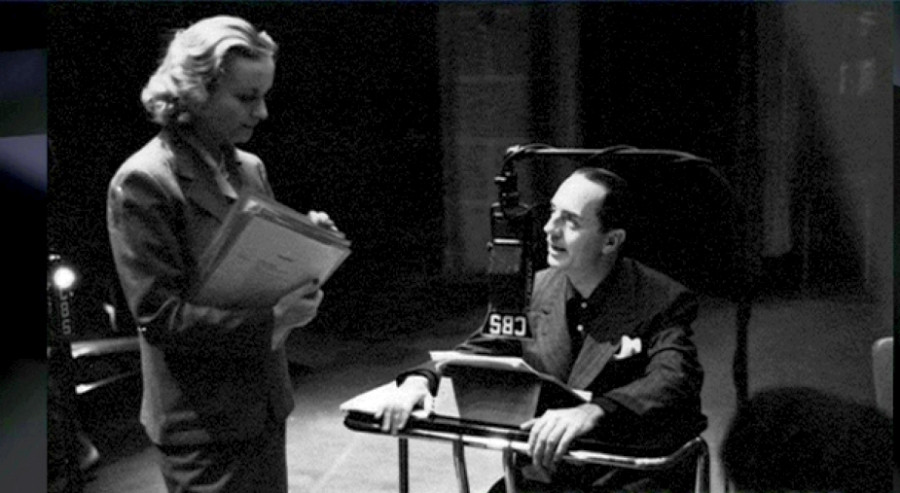 Carole Lombard and William Powell (the latter recuperating from a prolonged ailment, explaining why he's seated) go through their paces in early May 1938, as they prepare an aural adaptation of their 1936 hit "My Man Godfrey" for the "Lux Radio Theater." When Lombard made her "Lux" debut on May 9, she was introduced by a man who nine years earlier had fired her... 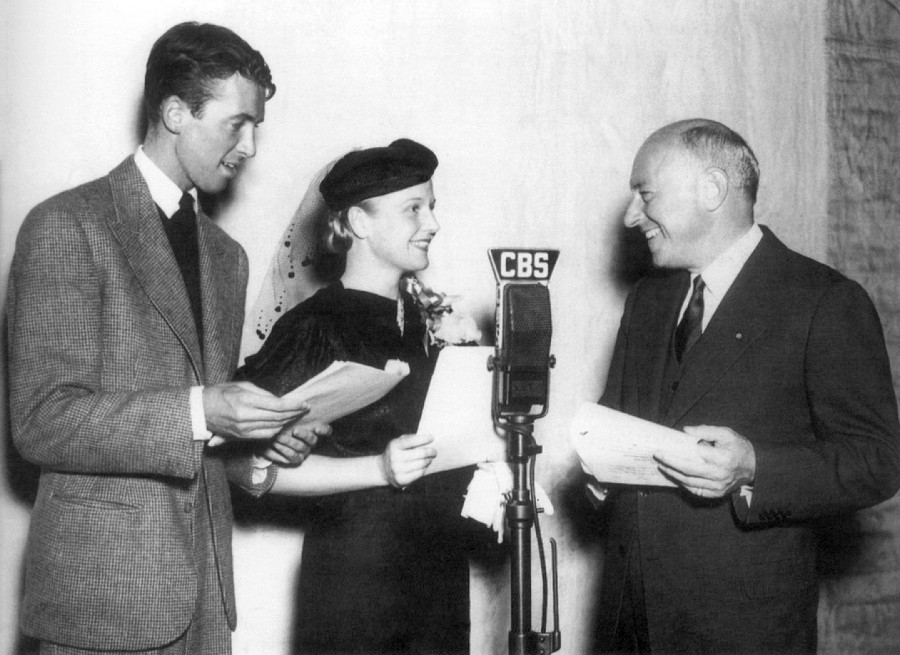 ...Cecil B. DeMille, shown here with James Stewart and Ann Harding on a June 14, 1937 "Lux" broadcast of "Madame X." (You can hear the "Godfrey" adaptation, including DeMille's comments about Carole and the day he dismissed her, at http://retro-otr.com/2011/05/lux-radio-theater-my-man-godfrey-william-powel-380509/).

DeMille was a legendary movie director who, more than anyone, popularized the epic -- not merely the likes of "King Of Kings," "The Crusades" and "The Ten Commandments," but through his very approach to filmmaking, from the day he made "The Squaw Man," the first feature made in Hollywood, slightly more than a century ago.

Now DeMille, and his influence on the industry, are being recognized. My friend Mark Alan Vieira has co-written a new book on the master moviemaker... 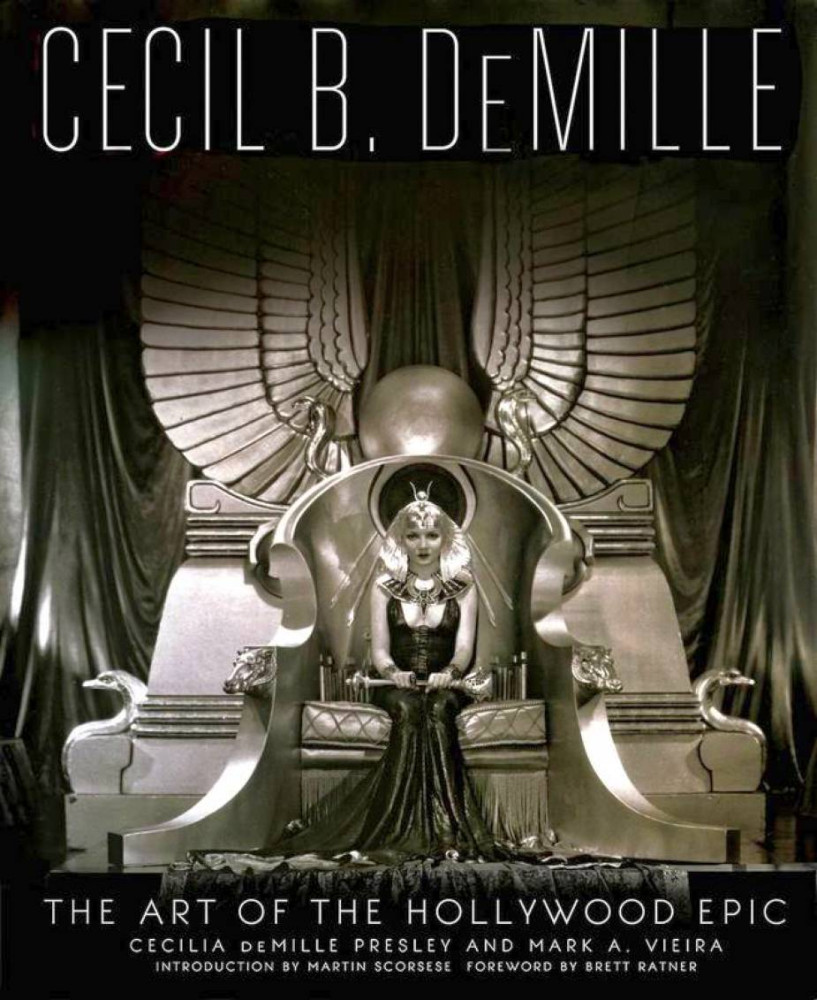 ...and in conjunction with this, Vieira is sponsoring screenings of DeMIlle films in 16mm prints from the Academy of Motion Pictures Arts and Sciences film archive. The screenings are at his Starlight Studio in the Westlake section of Los Angeles, and while admission is free, reservations are required.

Two screenings have already taken place, but here's the rest of the schedule (all begin at 7 p.m.): 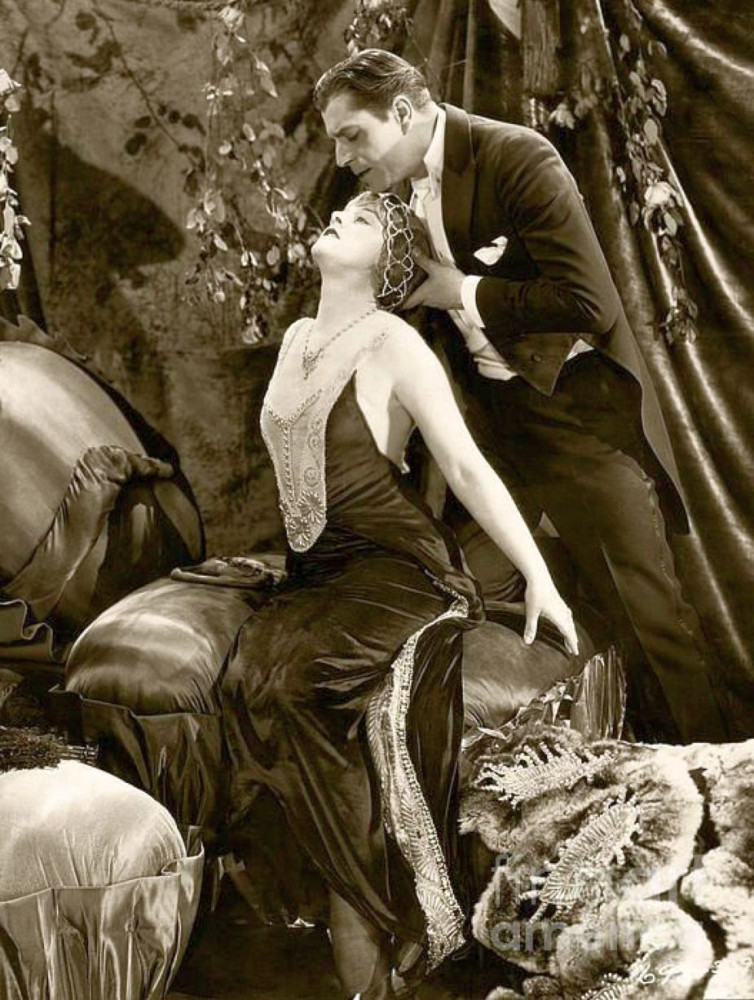 The above photo is from "The Golden Bed" (Sad Hill / Bizarre Los Angeles).

But that's not the only place in Los Angeles to catch plenty of DeMille over the next few months. UCLA's Film and Television Archive, celebrating its 50th anniversary, will stage a prolonged celebration, "The Greatest Showman: Cecil B. DeMille," from Jan. 9 to Feb. 28 -- and in the spirit of cooperation, not competition, Vieira will appear on the opening and closing nights, as well as Feb. 20. The schedule: 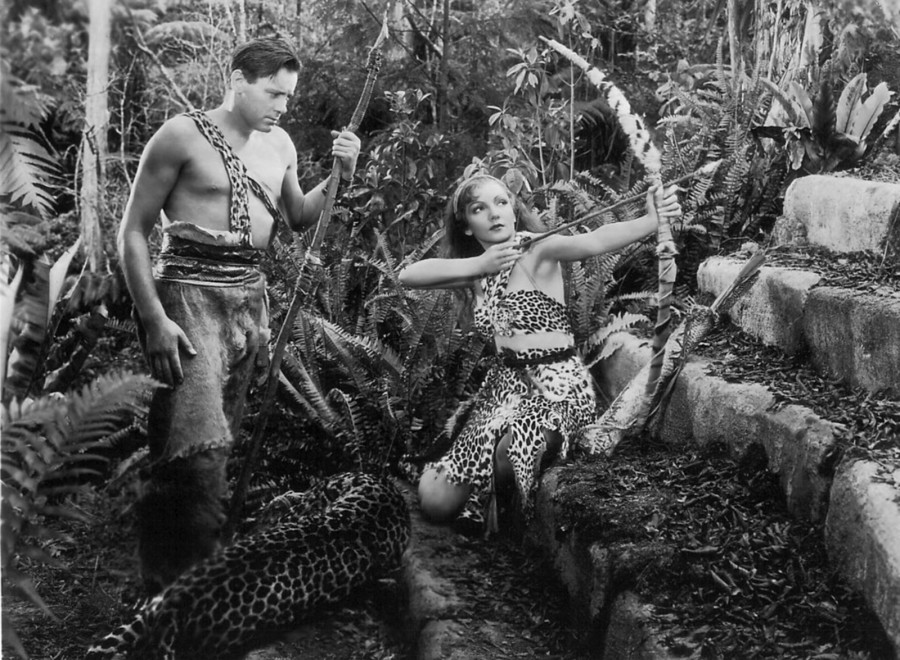 "Dynamite" was the film Lombard was fired from after a few days as the female lead, while "Four Frightened People" (above) is the rarest of DeMille's collaborations with Claudette Colbert.

For more information and for tickets, go to https://www.cinema.ucla.edu/events/2015/01/09/greatest-showman-cecil-b-demille.

Tonight marks the end of an era of sorts for fans of late night TV. Craig Ferguson will air his final show on CBS at 12:35 a.m. (Eastern), but leading into that is David Letterman's final Christmas broadcast (he'll call it a day in May), which means tonight's the final time we'll hear Darlene Love perform "Christmas (Baby, Please Come Home" with Paul Shaffer and his top-flight band. Love's been performing this on Letterman's show since 1986, when Dave's program was on NBC. In honor of the occasion, the show has compiled an array of her performances over the past 28 Decembers. Enjoy -- and remember to watch the end of a tradition tonight.