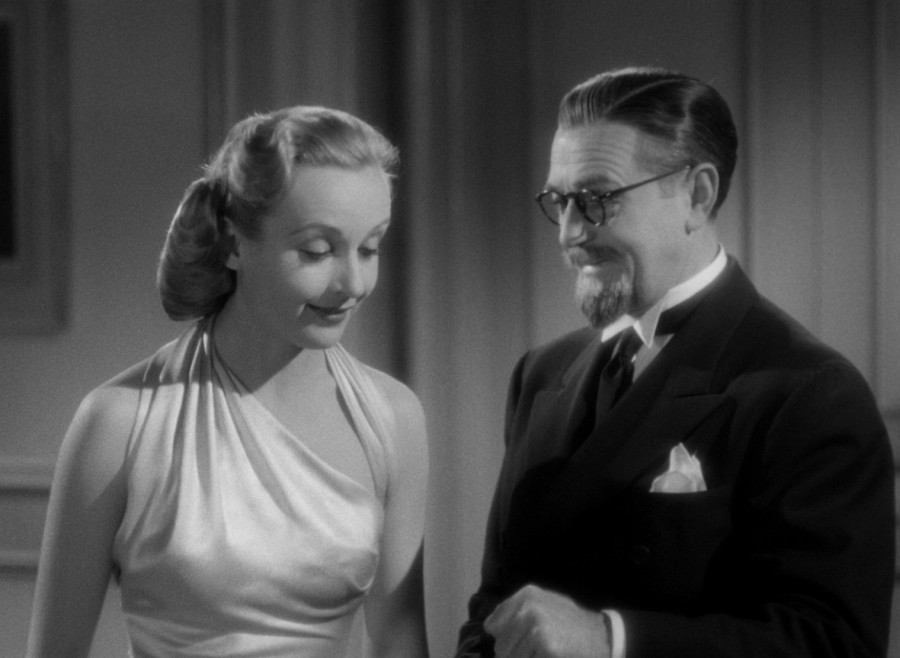 At the time Carole Lombard was filming "To Be Or Not To Be" in the final few months of 1941, she probably knew it was going to be controversial; after all, it was a dark comedy set in Poland, during a war against an enemy that at the time seemed to hold the upper hand. And this was before Pearl Harbor thrust the U.S. from a semi-spectator into a full-fledged participant. (Lombard's shocking death in early 1942 added another layer of unease.)

Of course, we're in a time of controversial movies, specifically Sony's "The Interview," which the troubled studio -- mired in a hacking scandal for several weeks -- has scrapped after only a handful of preview screenings. By now, most of you know the movie would have starred frat-boy favorites Seth Rogan and James Franco as TV journalists who land an interview with North Korean dictator Kim Jung-Un in Pyongyang...and are secretly recruited by the CIA to assassinate him. 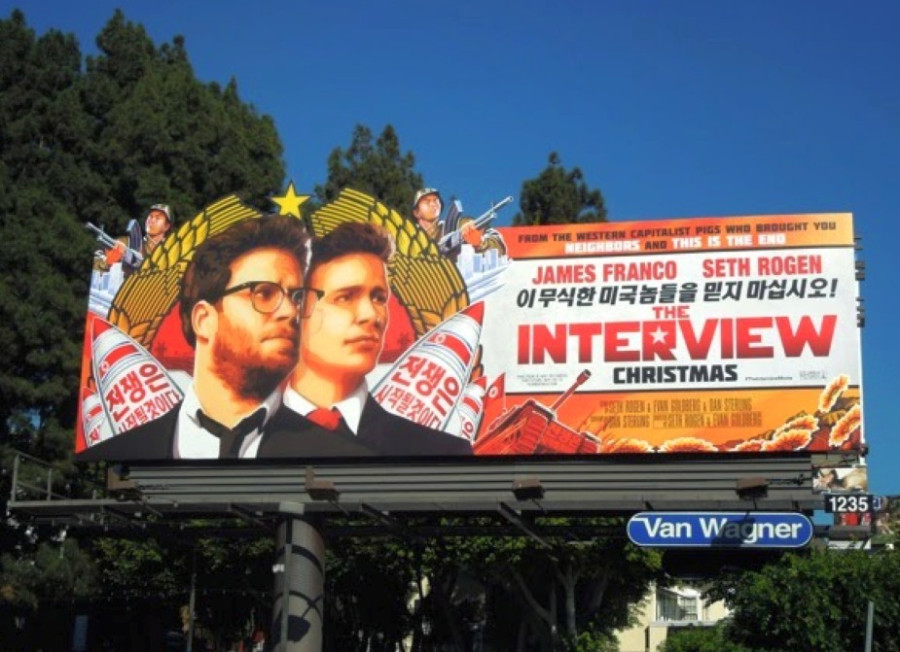 The anonymous group "Guardians Of Peace," which brought Sony's online presence to its knees through releasing an array of embarrassing emails and online bootleg copies of several studio films, threatened any theater which showed "The Interview" once it opened Dec. 25. Several major chains, fearful of reprisals, pulled the movie, and the following day Sony scrubbed it. The movie essentially now is invisible, and won't even get a video-on-demand release. Some theaters replaced "The Interview" with the 2004 comedy "Team America: World Police," which also lampoons North Korea, but Paramount canceled showing of that film, too.

Reaction has been swift throughout the film community. Some blasted Sony and the theater chains for backing down to North Korea, while others noted the potential danger to theatergoers had an incident occurred. Still others wondered why Sony greenlighted the movie in the first place or why it didn't demand Rogen and Franco make the adversary fictional (a la "Adenoid Hynkel," a faux Hitler, in Charlie Chaplin's "The Great Dictator").

And nearly everyone is forgetting about a film with similar elements (the planned assassination of a real-life world leader, semi-deified by a cult of personality) that was released some 45 years ago... 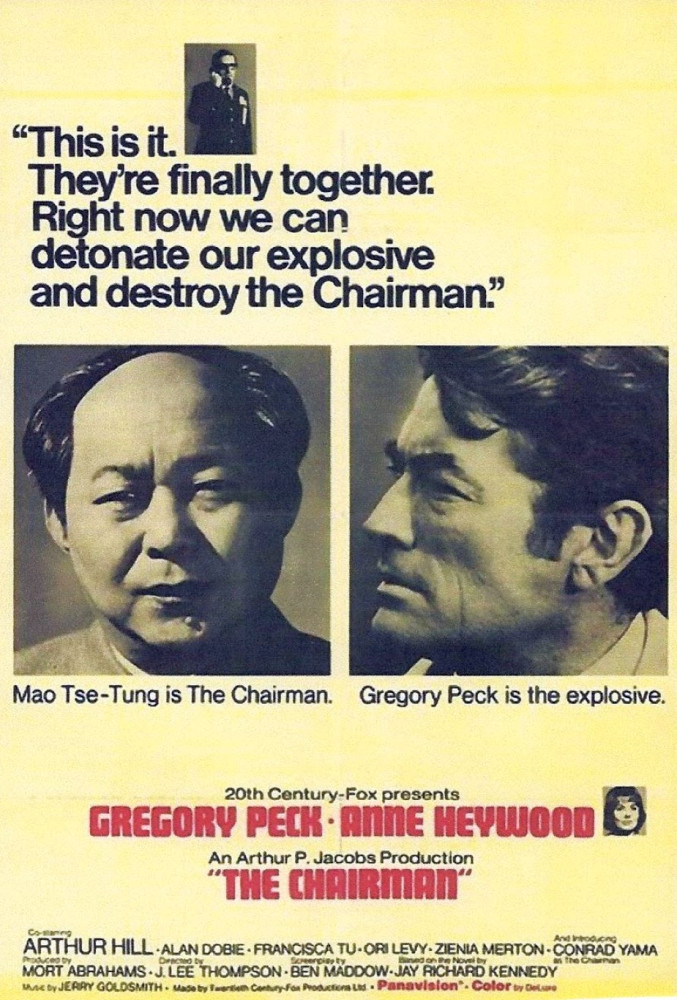 ..."The Chairman" (and no, we don't mean Frank Sinatra), from Twentieth Century-Fox, made in 1969 when China was as isolated and economically backward as North Korea is today. The premise is that an American agricultural scientist, sent to China to meet Chairman Mao Tse-Tung regarding a revolutionary new enzyme...but unbeknownst to him, a tiny bomb has been implanted inside him to destroy both he and Mao. (That never comes to pass, of course.)

If you weren't around in 1969, you might think this probably caused plenty of controversy. But you would be wrong. If the Chinese were irritated by the movie, they certainly didn't show it; of course, in the late '60s, China showed next to nothing to the West, leading to the term "China-watchers" -- observers to tried to read any figurative tea leaf that came out of the communist state.

There were several other reasons why "The Chairman" didn't raise much of a fuss with filmgoers. This was a serious spy thriller of sorts, not a raunchy comedy (and the 1969 movie audience, while hardly as representative of the American population as its equivalent of the 1930s, neverthless was far more adult than today's current multiplex crowd). Also, the lead was played by Gregory Peck...and the man who portrayed Atticus Finch, who many view as the most heroic figure in movie history, certainly wasn't the type to go around calling people "dude." 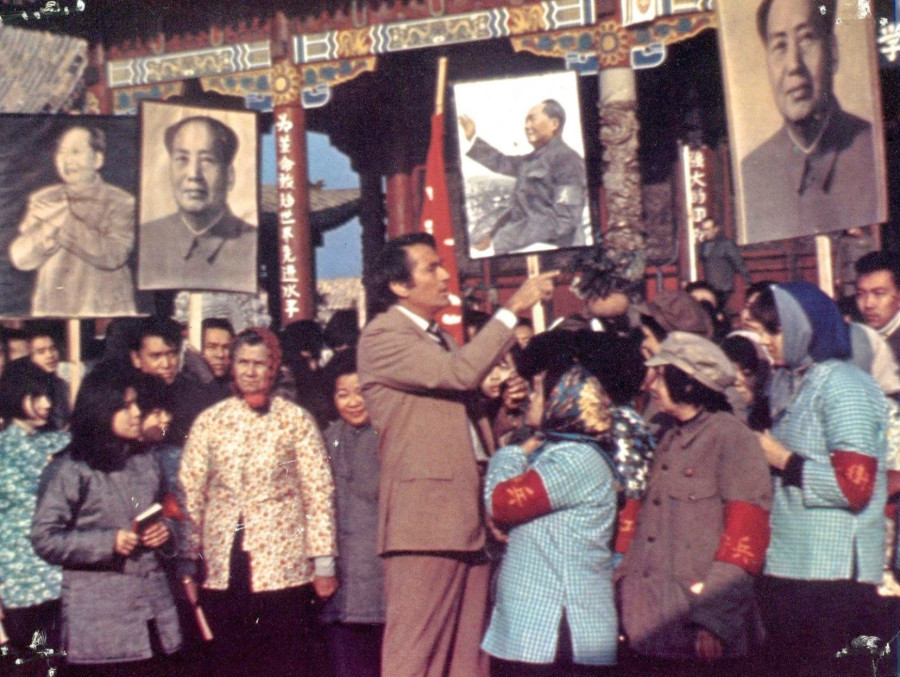 Just some things to think about in the wake of the demise (for now) of "The Interview."
Collapse