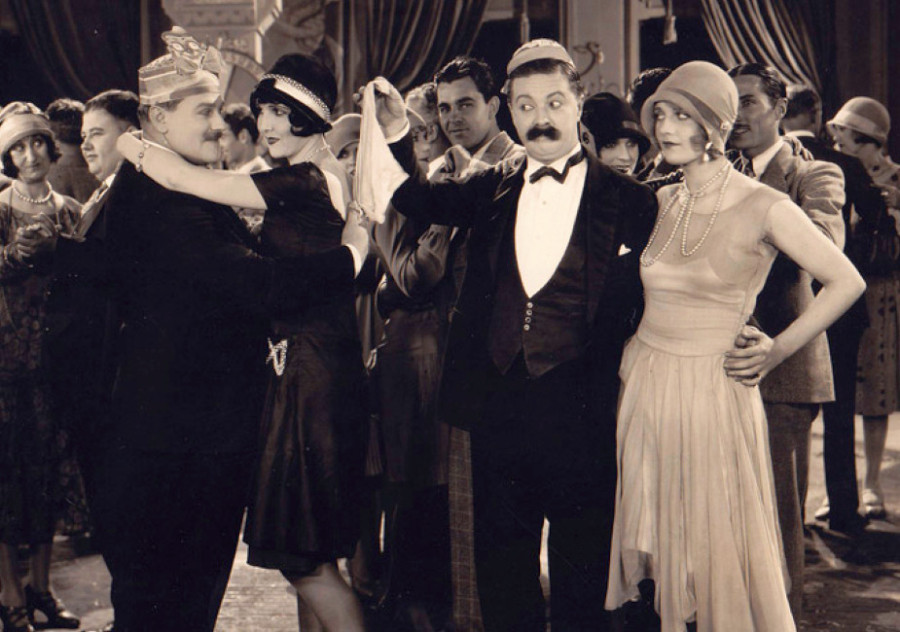 That's Carole Lombard at right as part of the cast of the 1928 Mack Sennett two-reeler "His Unlucky Night," which may -- or may not -- have been filmed at what was then Sennett's newfound lot at Studio City. While the Internet Movie Database writes it was made at the previous Sennett lot in the Silver Lake section of Los Angeles, "His Unlucky Night" is claimed as a Studio City creation by the Studio City Improvement Association, which about a decade ago began a Walk of Fame to immortalize both film and television productions shot there.

I don't have a photo of the plaque, but I can show you what one looks like and how it differs from its Hollywood brethren: 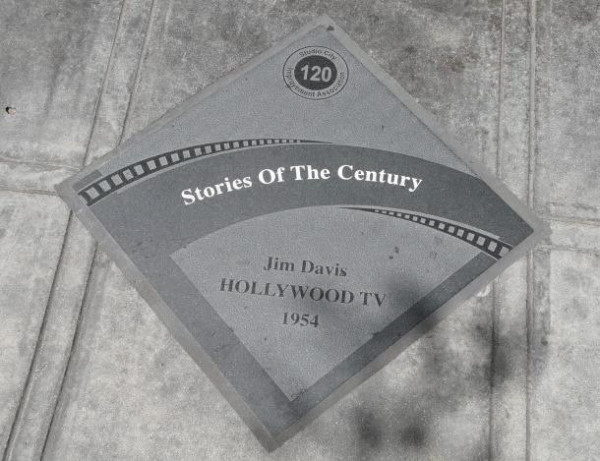 I saw the "His Unlucky Night" plaque last Friday, while I was in Studio City visiting the lot (now the CBS Studio Center) for a filming of... ...an episode of "Hot In Cleveland," the TV Land sitcom now in its sixth, and final, season. It's been an original programming landmark for that cable channel, surpassing 100 episodes and entering syndication this fall (though I'm unsure how many over-the-air stations carry it). And the series will air what I believe is its first-ever Christmas show tonight (10 p.m. local time on TV Land, with repeats later in the evening; check local listings).

With sitcom veterans throughout the cast and crew, "Hot In Cleveland" certainly can be described as "old school" -- heck, Betty White, the unofficial materfamilias of co-stars Jane Leeves (not pictured), Valerie Bertinelli and Wendie Malick, probably created said school. White will turn 93 next month, and I can vouch from watching the episode that she still has the comic timing she's delighted TV audiences with for more than 60 years, whether tart (Sue Ann Nivens on "The Mary Tyler Moore Show") or sweet (Rose Nylund on "The Golden Girls"). She remains a beloved TV icon, and will guest on Craig Ferguson's third-to-last show tonight.

If I was able to interview Betty, I'd love to ask her if she ever saw, or met, Lombard at some sort of public function. (She stated in one of her books that growing up, her favorite movie star was Jeanette MacDonald, presumably the iron butterfly of MGM operettas rather than the Ernst Lubitsch Paramount lingerie queen.) White grew up in the Los Angeles area and graduated from Beverly Hills High.

But "Hot" is an ensemble cast, with talented actors. In fact, the audience was asked to sing "Happy Birthday" to Malick, and received a special cookie in her honor. (The cookie, and the program for the episode, are shown below.) Care to guess Wendie's age, anybody? If you guessed 50, you're way off; 55? 59? Wrong on both counts. She's 64, and even admitted as such, humming the Beatles song of that title as a hint to the audience. Malick is sort of a female version of Jack Benny in that her genuinely likable real-life persona is the antithesis of the egotistical characters she has specialized in on both "Hot" and "Just Shoot Me." (Bertinelli and Leeves are both eligible for AARP cards, too.)

As far as the particular episode was concerned, the experience of everyone involved was apparent when different takes were made of the same scene. The actors would try new approaches, writers would change a line or two, camera angles were altered. We'll know the final result when this ep -- "About A Joy" (that's the name of Leeves' character) -- airs on Jan. 28.

Oh, and we even got to see a little stunt casting: Near the end of the ep, Valerie's character confronts an old bully from school days...played by none other than Mackenzie Phillips, Bertinelli's cohort on "One Day At A Time." (Before the scene began, we were shown a clip of the two from the series in the mid-1970s.) It was plenty of fun, although the emcee worked to make sure we as an audience showed sufficient surprise once their "reunion" was shown. (Phillips was listed in the guest cast on the program, and those of us with a sense of sitcom history could put two and two together.)

As was the case with attending a "Mom" episode last month, it was plenty of fun to see these people go through their paces, but the channel it airs appears to be going in another direction. This spring, TV Land will premiere a new comedy from Darren Star, "Younger," to be filmed in the single-camera style (no audience), and it plans to order other new series in that format -- meaning that once "Hot In Cleveland" calls it a day, only "The Exes" (starring "3rd Rock From The Sun" alums Kristen Johnston and Wayne Knight) and two or two other original series will be filmed before a live audience.

"Hot In Cleveland" will film eps from January through March (the filming of the series finale, on April 2, will be a VIP event), but you can obtain a free ticket by visiting http://www.tvtickets.com. Do it now, before the van hauls things off to TV past. 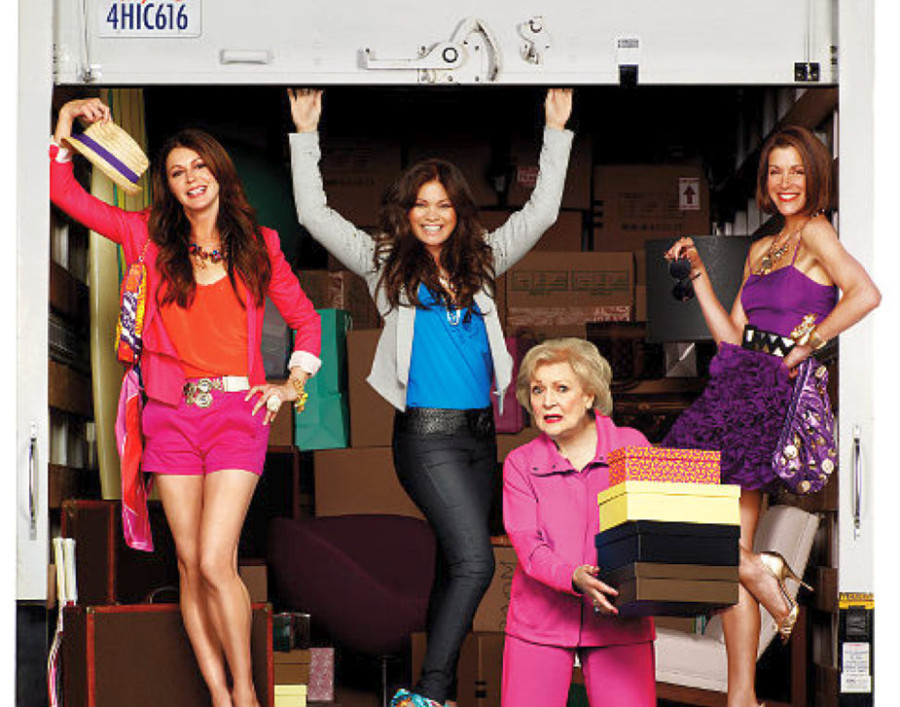