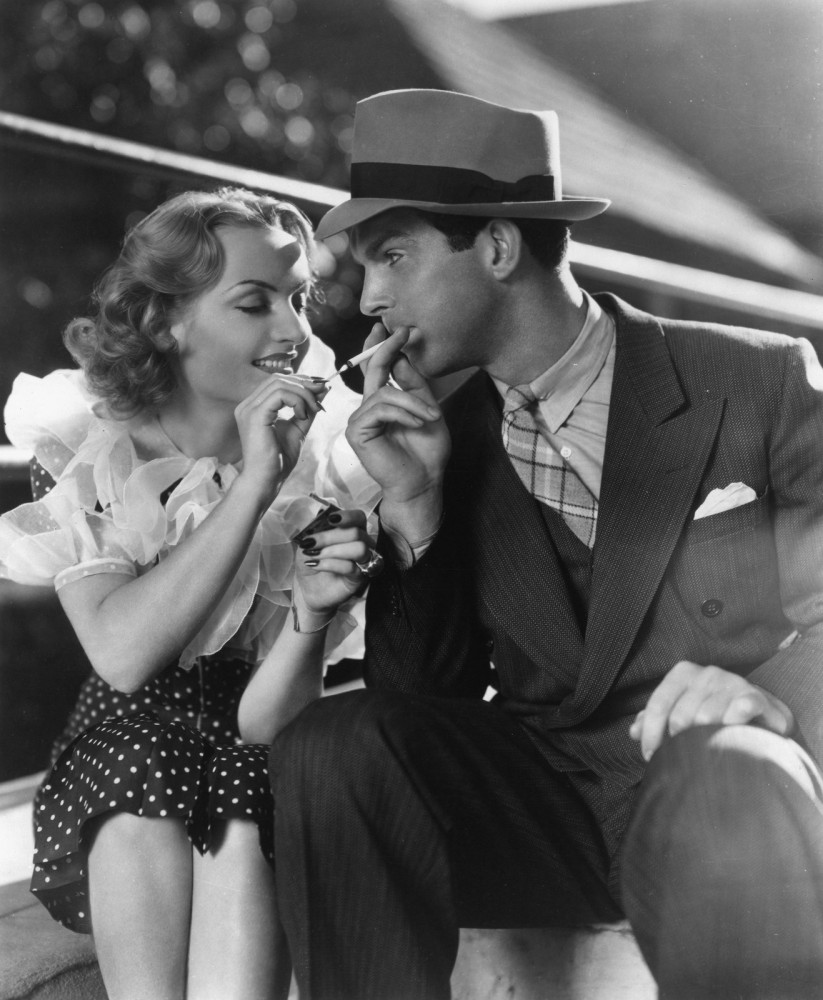 It's frequently been noted that despite spending seven-plus years at Paramount, Carole Lombard never really made a four-star classic for that studio, nothing comparable to Claudette Colbert's "The Palm Beach Story" or Miriam Hopkins' "Trouble In Paradise." But in terms of public perception, "Hands Across The Table" has drawn closer to that level in recent years -- and a book credits Carole's performance in that film, along with other star turns that may have been overlooked. 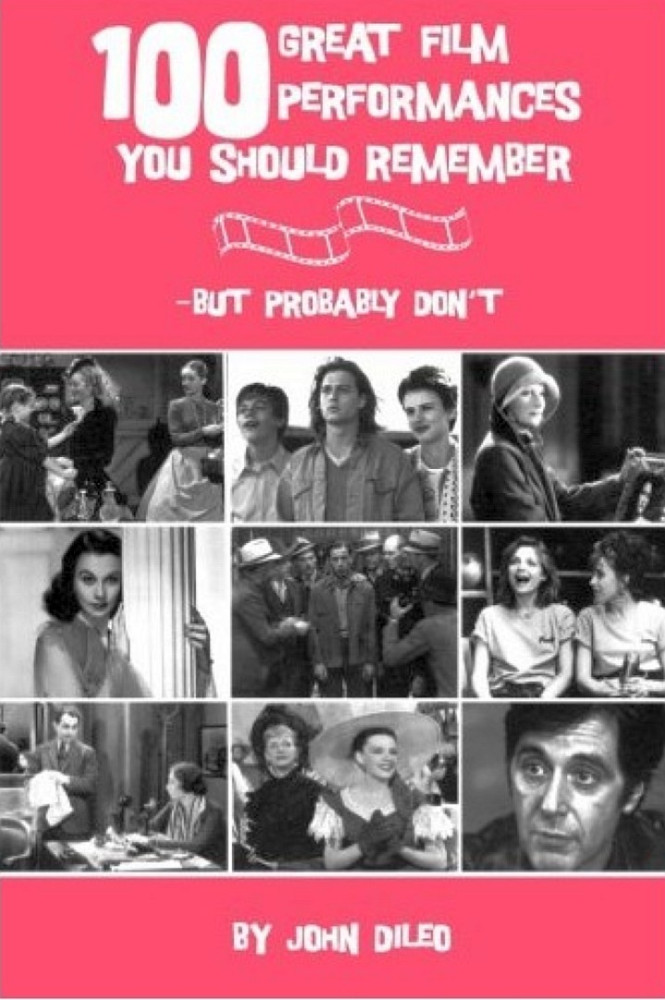 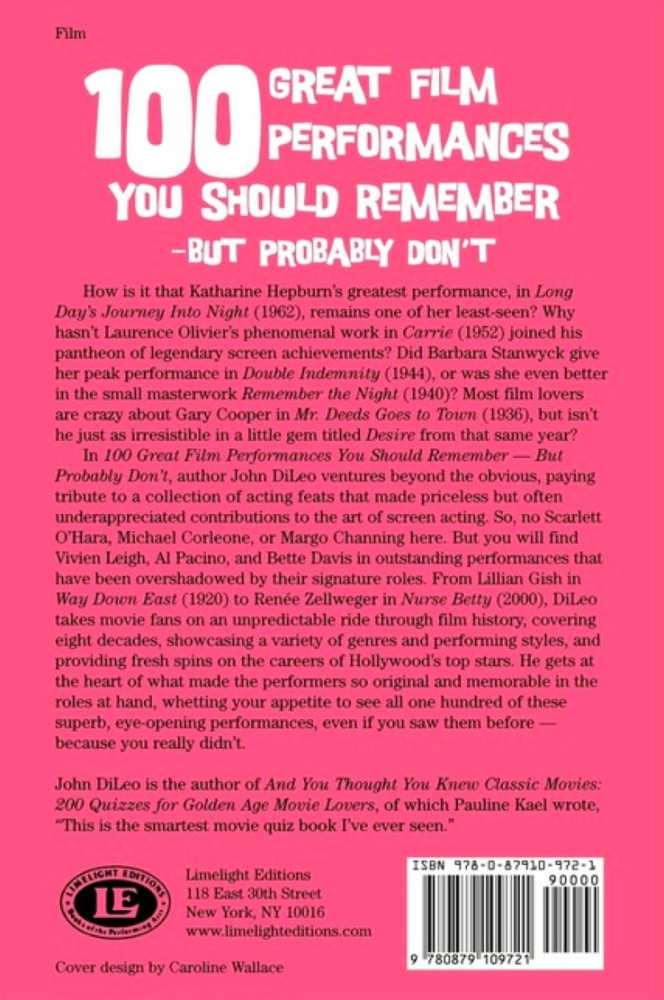 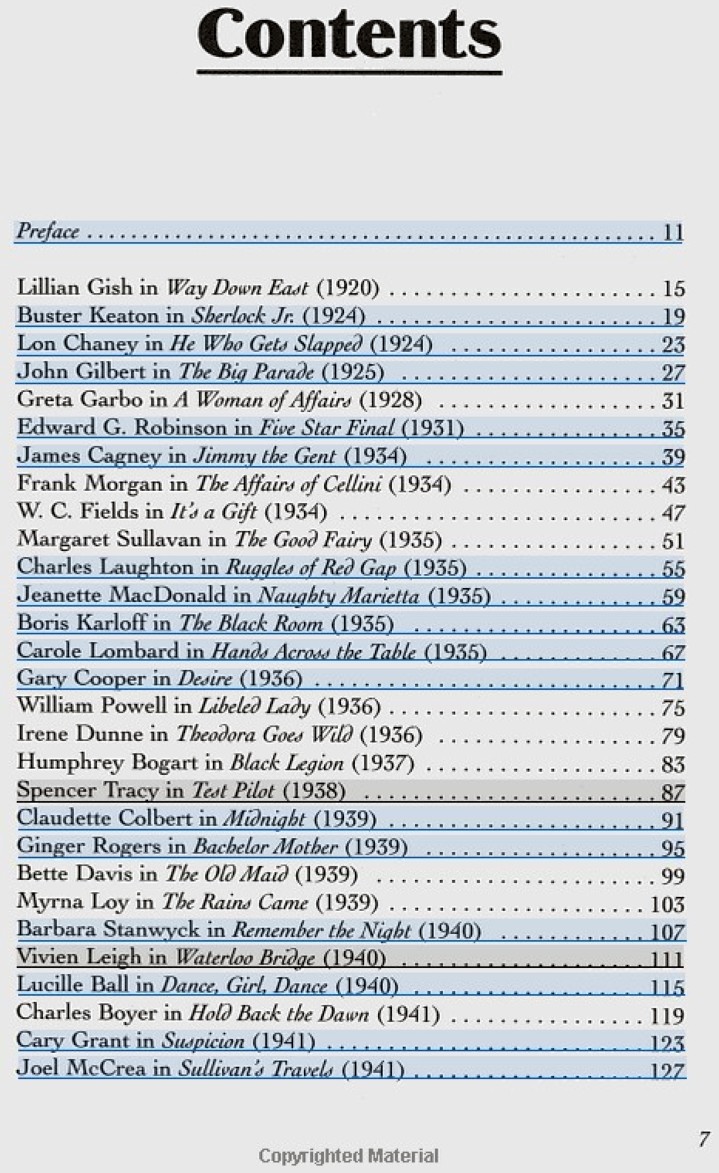 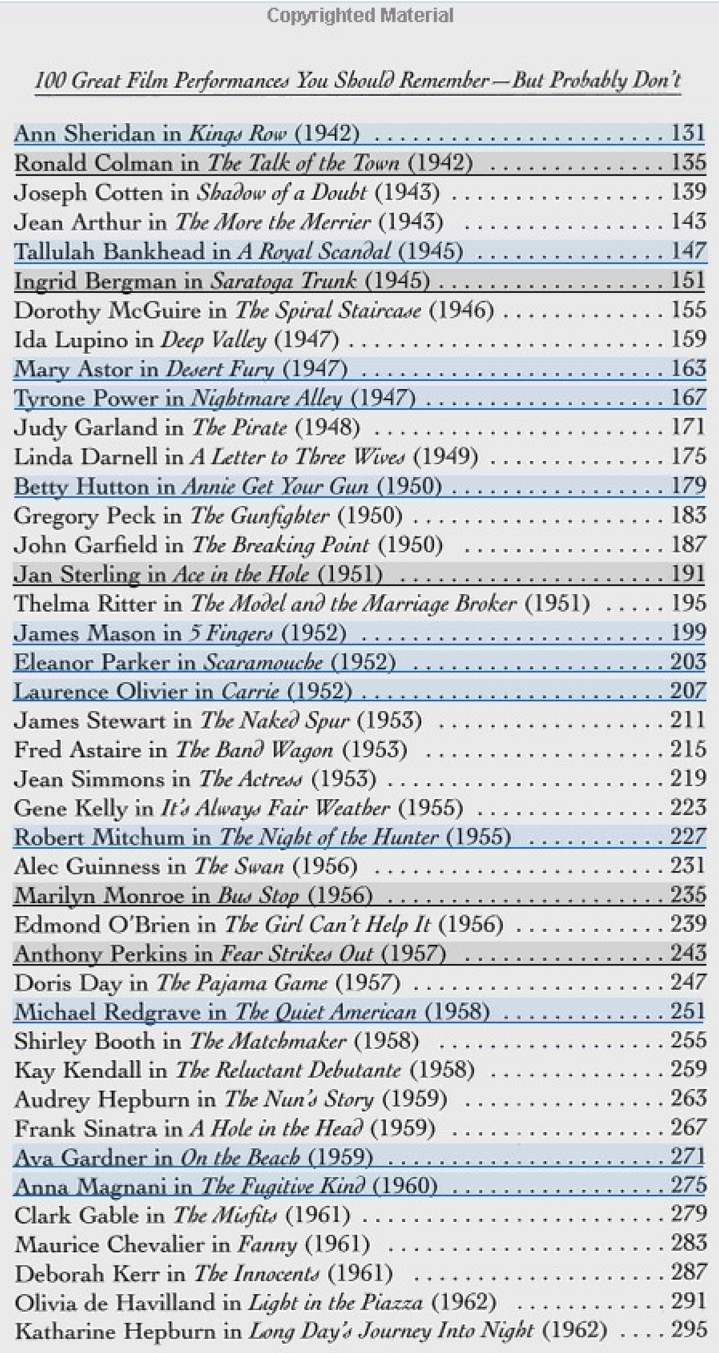 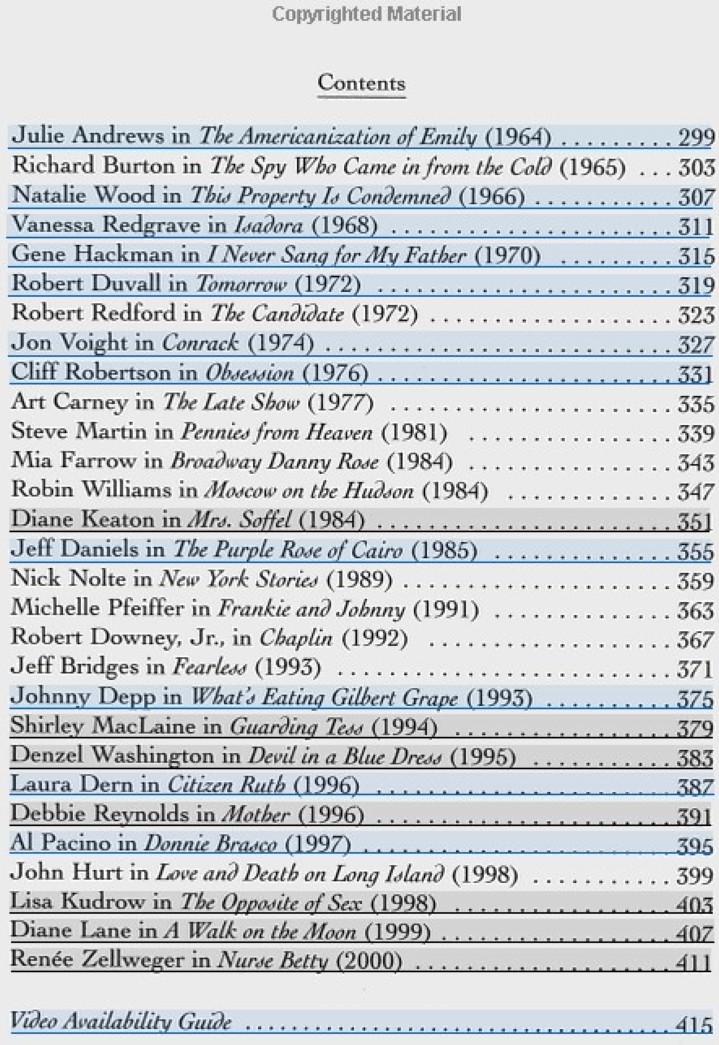 That's a pretty solid list, doncha think? And some of my favorites are listed, such as William Powell in "Libeled Lady," Barbara Stanwyck in "Remember The Night," Fred Astaire in "The Band Wagon," Julie Andrews in "The Americanization Of Emily," Jeff Daniels in "The Purple Rose Of Cairo" and Michelle Pfeiffer in "Frankie And Johnny." (Since the book was published, many of the performances DiLeo lists in his 400-plus pages have been positively re-evaluated, as have their films -- and perhaps he played a role in that.)

Those interested in buying the book on Amazon (as I have done) can see some of DiLeo's writing online, including his comments on Carole. Of her work in "Hands Across The Table," he notes,

"The confidence she'd gained working with [Howard] Hawks and the irrepressible [John] Barrymore [on "Twentieth Century"] is apparent here: Lombard's thoroughly natural performance combines bruised strength and cloaked innocence, stubborn cynicism and childlike zaniness, to create a character who's easy to care about and hard to resist." 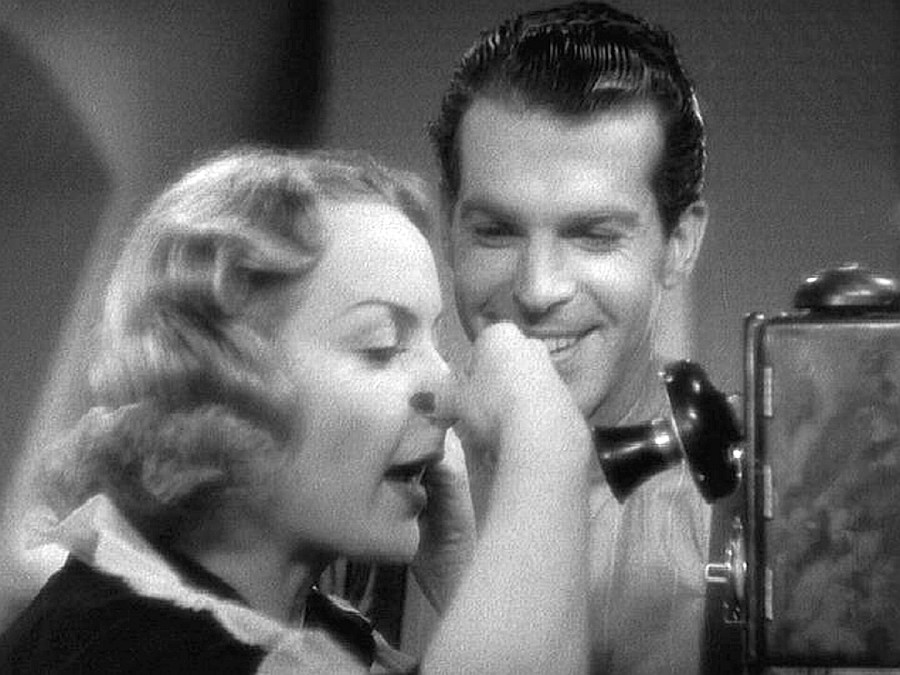 "most inspired moment of mischief...when they try to fool Vivian [Astrid Allwyn] into thinking that Ted [MacMurray] is phoning from Bermuda. Pinching her nose to get the right nasal effect, Lombard goes all out as a long-distance operator, infuriating Vivian with frequent nonsensical interruptions."

(Dear Lily Tomlin: Did you see this film before creating your beloved Ernestine character?")

DiLeo also credits director Mitchell Leisen (who also directed "Midnight" and "Remember The Night," films noted in this book), cinematographer Ted Tetzlaff, co-star MacMurray and supporting player Ralph Bellamy (giving a new take on his "third wheel" persona) for their work in making "Hands Across The Table" a success. But the piece focuses on Lombard, whom DiLeo writes "personified the key ingredients of screwball comedy" (although he deems this film "not-quite-screwball") -- "fearless unconventionality, innate daffiness, and devastating glamour." 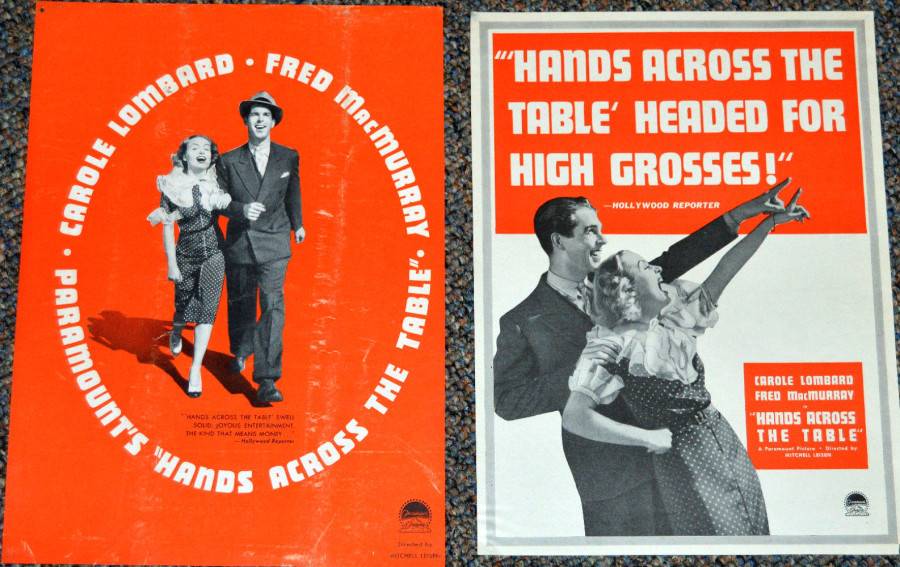 For more about the book, including ordering it in either paperback or Kindle, visit http://www.amazon.com/dp/0879109726/ref=rdr_ext_tmb.