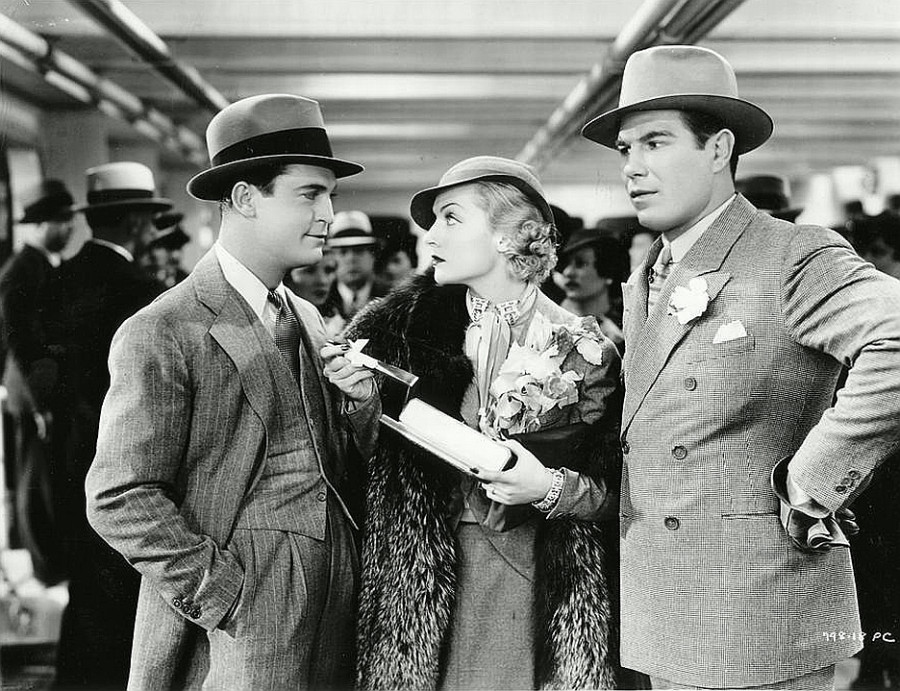 Not long ago, we wrote about a suit designed for Carole Lombard (which may have been worn beneath the fur in 1934's "The Gay Bride," above) that was up for auction at Julien's of Beverly Hills earlier this month. With a suggested opening bid of $800-$1,200, it ended up going for an impressive $4,062.50.

Well, the other day our site received a comment (http://carole-and-co.livejournal.com/746447.html#comments) from the person who purchased it, and I thought it worthy of reprint here:

"After 15 years, I reluctantly sold the Marilyn Monroe coat in which she was photographed so often from the time of her marriage to Arthur Miller in 1956 until 1959. It was the 'star' performer of the Dec. 6, 2014 Julien's auction.

"As a consolation, I bought this wonderful Carole Lombard suit. I had just finished the book 'Dear Mr. G.' by Jean Garceau and it seems very clear that Lombard was the love of Gable's life. Evidence is they are encrypted side by side at Forest Lawn.

"Thank you for taking the time to photograph and post these terrific pictures."

And thank you, sir or madame, for giving Carole's suit a worthy home.

The items in the Monroe exhibit were not allowed to be photographed by visitors -- just as well for me, as this site is devoted to Carole, not Marilyn -- but said coat of Monroe's was shown in the catalog, and here's what it looks like: 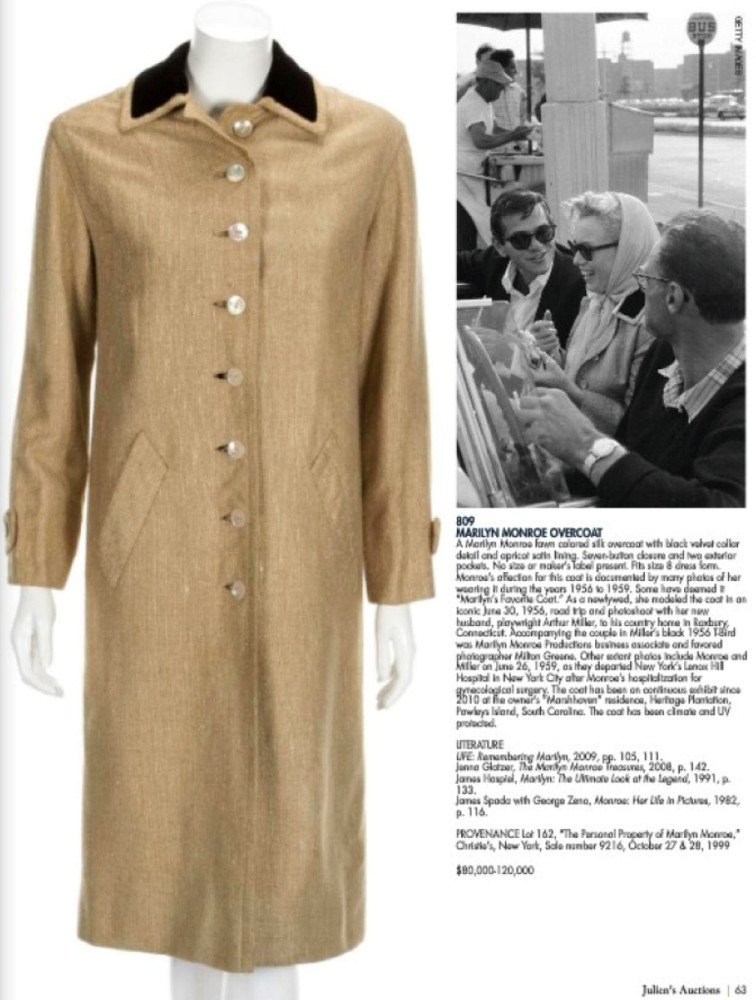