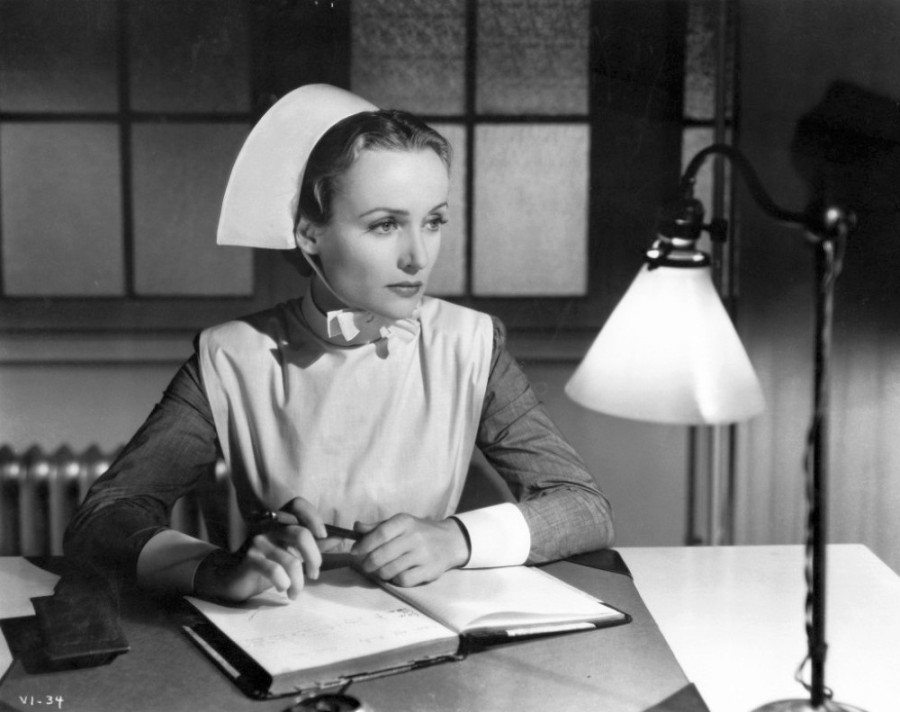 "Vigil In The Night" may not be among the easiest of Carole Lombard's films to watch, but it's surely among her most intense. This 1940 tale of nursing was too downbeat for Carole's core audience, yet it shows her dramatic skill in a way few of her movies do. Now, two large vintage ads for that film are available on eBay. 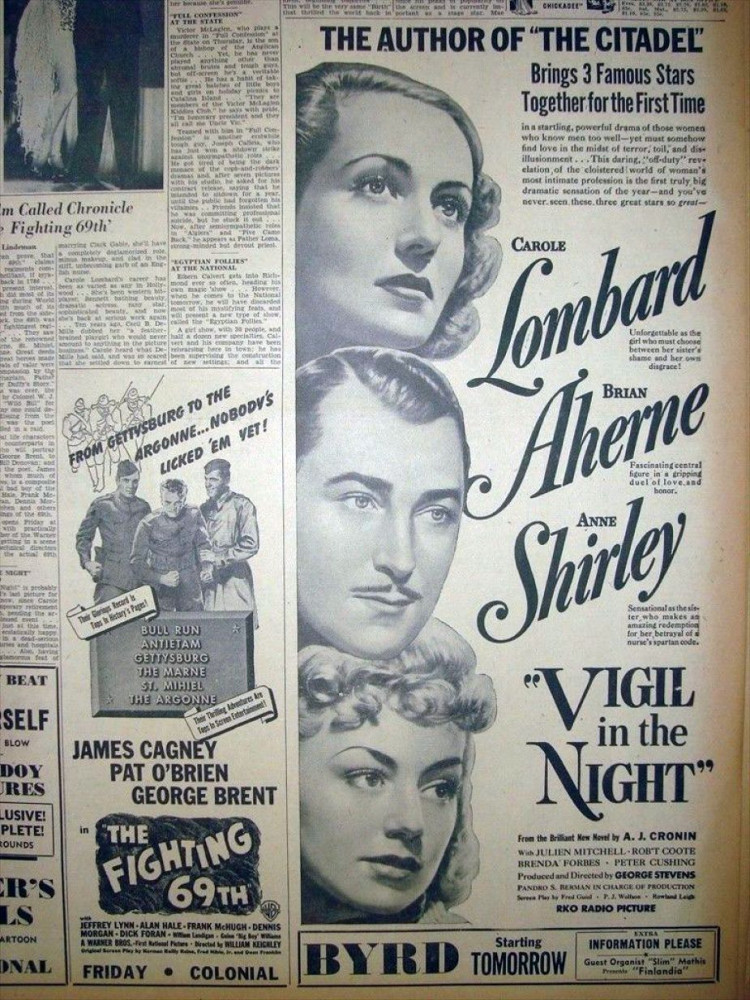 Then, two weeks later on Feb. 28, the Hearst-owned San Francisco Examiner ran an ad that takes a somewhat different approach: 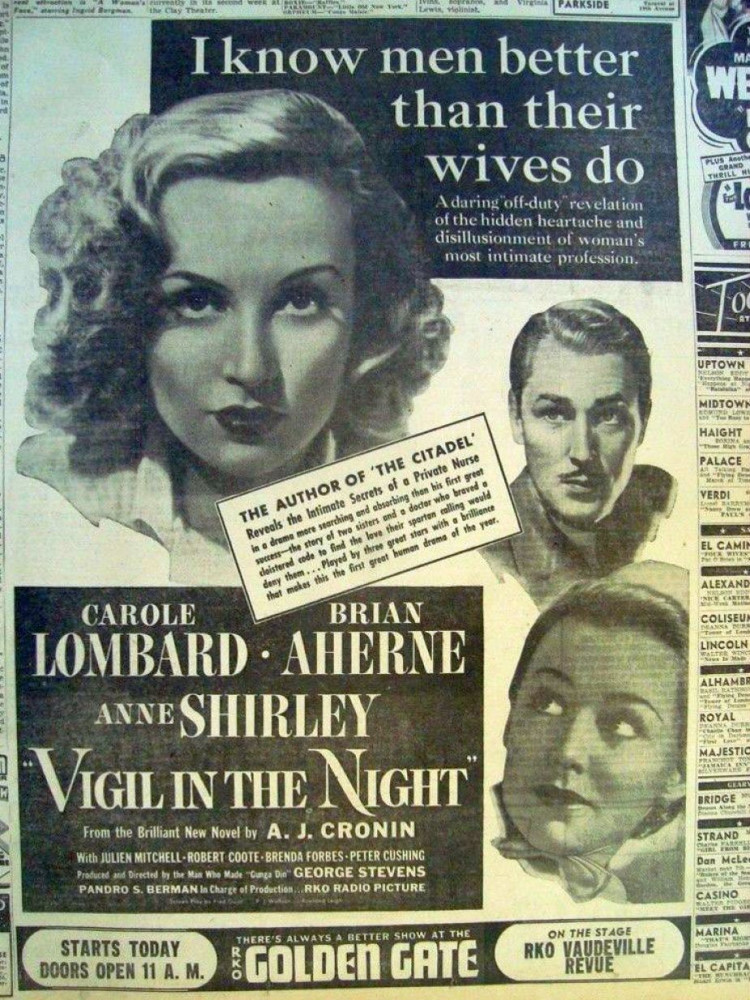