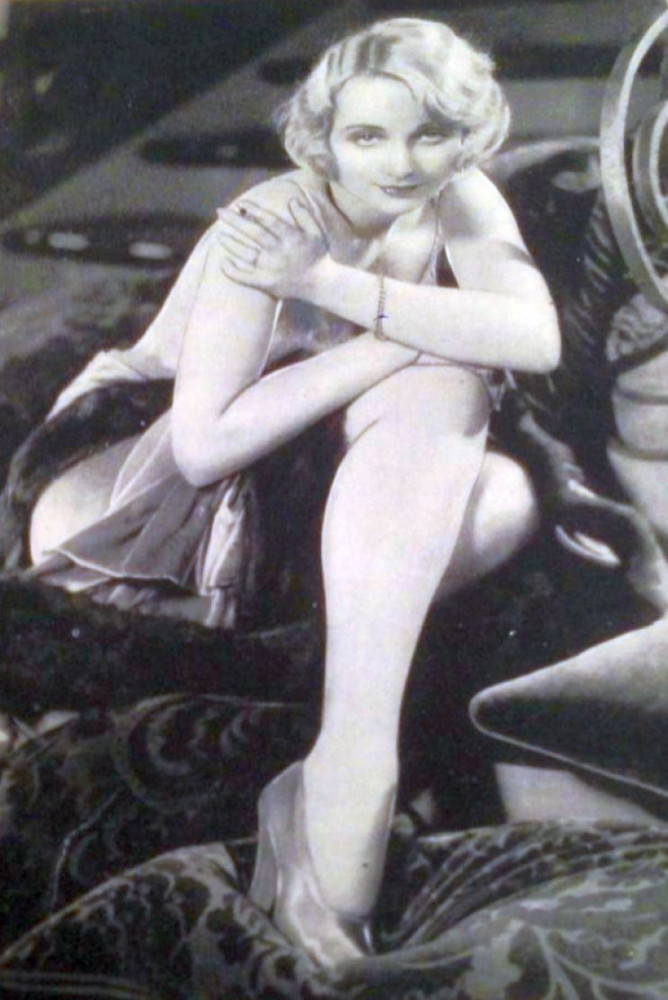 The hairstyle Carole Lombard is wearing makes it very likely this photo was taken for Pathe Pictures in the late 1920s (probably by William E. Thomas), when her first name was publicly known as "Carol." She's holding a cigarette between her fingers, wearing a gown with a thin strap whose shade nearly matches her skin, giving an initial, yet faulty, impression that she's nude beneath the fur -- and of course there's plenty of Lombard leg on display. But a glance at the entire picture throws us a curve: 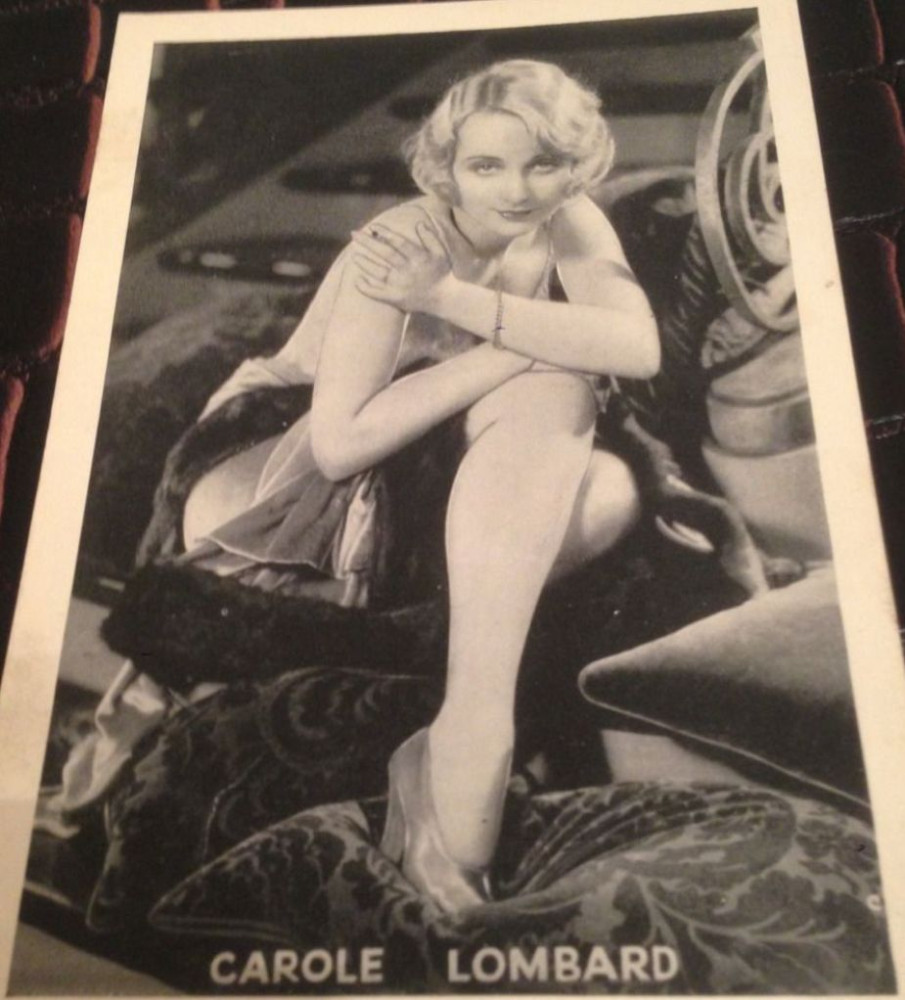 Her name is listed as "Carole," and the type font looks suspiciously British. (Then again, this item is on sale via an eBay seller in the UK.) I'm guessing this card, a mere 5" x 7", was printed after Lombard signed a long-term deal with Paramount and adopted the name Carole for good.