The memories that go with this entry aren't the happiest ones, though they seemed so at the start. On March 30, 1939, Carole Lombard and Clark Gable -- married the day before -- posed with two of Gable's MGM buddies. Standing next to Clark is Howard Strickling, the studio's head of publicity. Alongside Carole is a witness to their wedding of the day before, part of Metro's PR staff...Otto Winkler. Yes, the same Otto Winkler who would perish with Lombard, her mother Elizabeth Peters, and 19 others on Flight 3 on Jan. 16, 1942.

And at Bonhams' recent memorabilia auction "TCM Presents...There's No Place Like Hollywood," some of Carole's correspondence to Winkler -- plus the photograph above -- was sold for $2,250.

It begins with this letter sent to Otto and his wife, Jill, on Oct. 8, 1938, and one would guess it has some connection to Lombard's 30th birthday two days before: 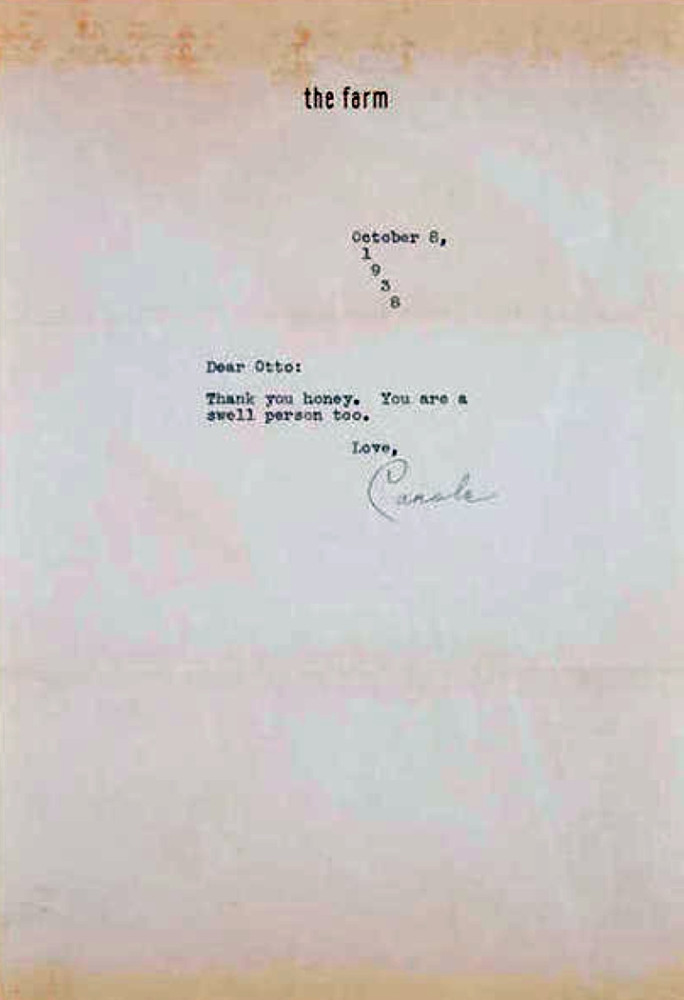 Note that not all the signatures here are Lombard's; a few were signed or addressed by the Gables' personal secretary, Jean Garceau. 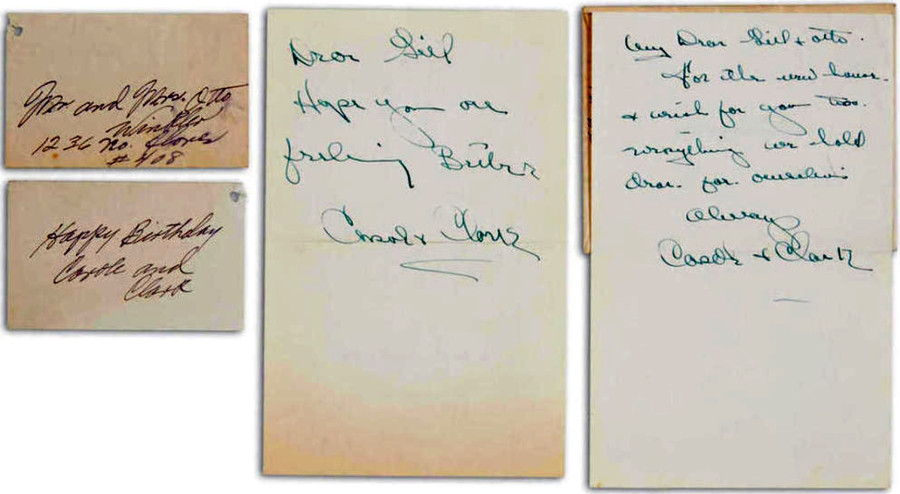 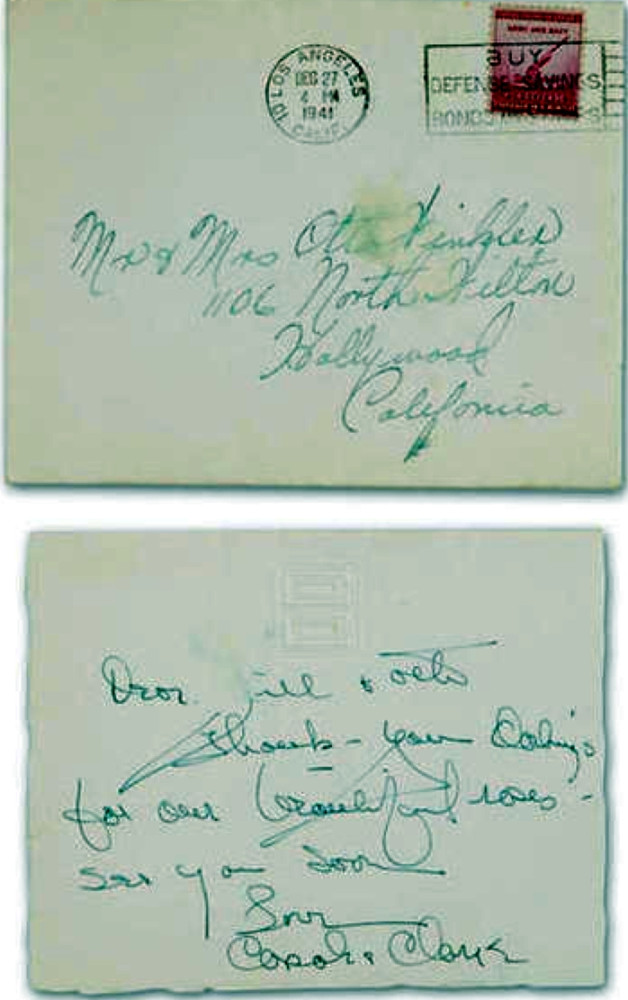 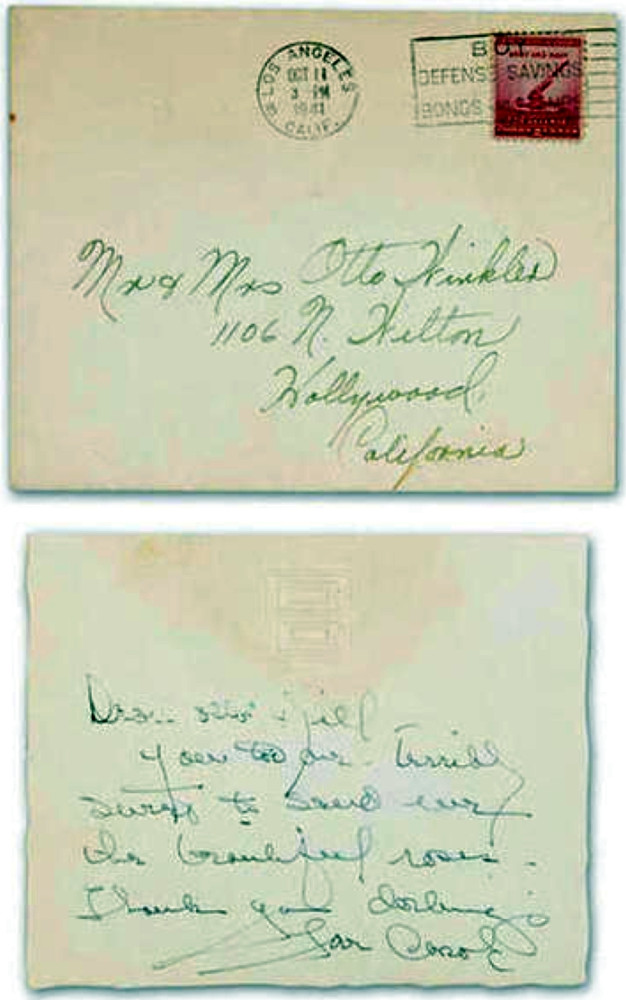 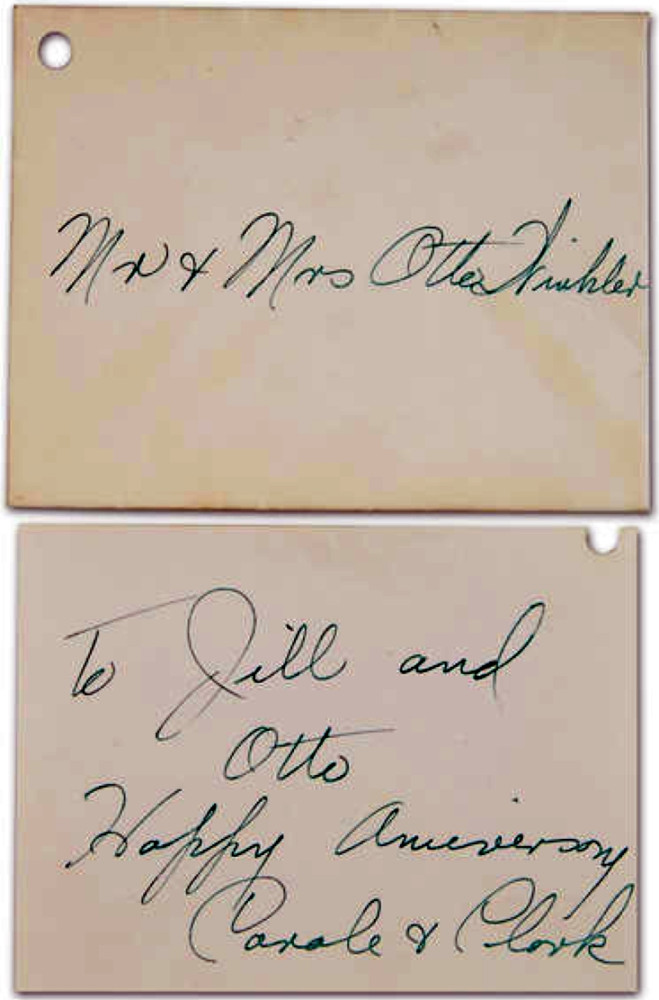 The collection is described this way:

The song titled "Come And Get These Memories" was Martha & the Vandellas' first hit in early 1963, as they joined Motown's stable of stars. More than half a century later, Bette Midler drastically reworked it into a ballad for her fine new CD "It's The Girls," saluting the girl group sound. Give it a listen.