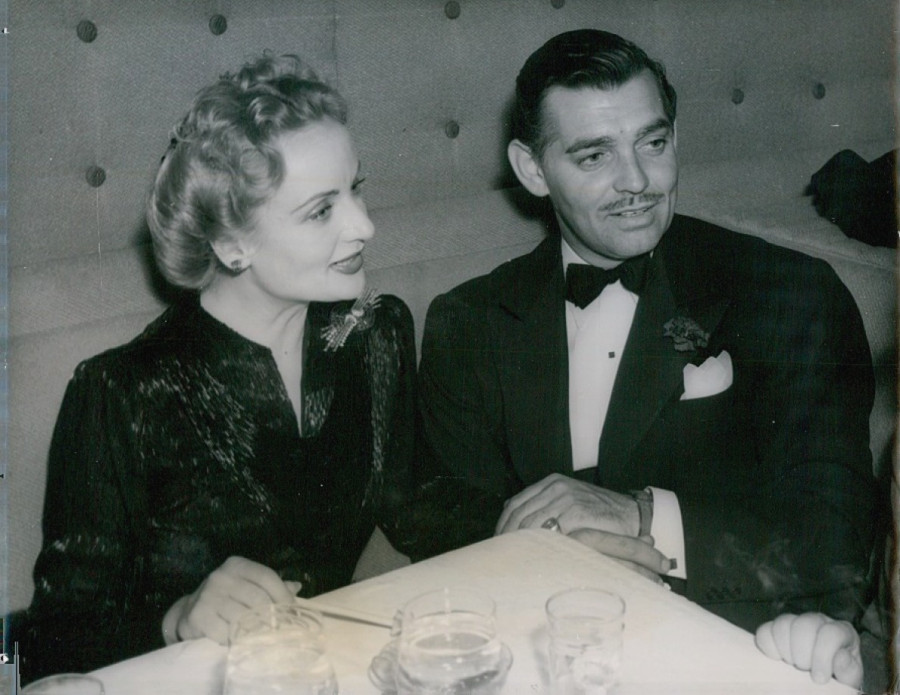 It's sometime in 1941, and Carole Lombard and Clark Gable are making one of their by-now infrequent excursions into Hollywood nightlife. But note what Gable is wearing on his little finger...it's this, given to him by Lombard: 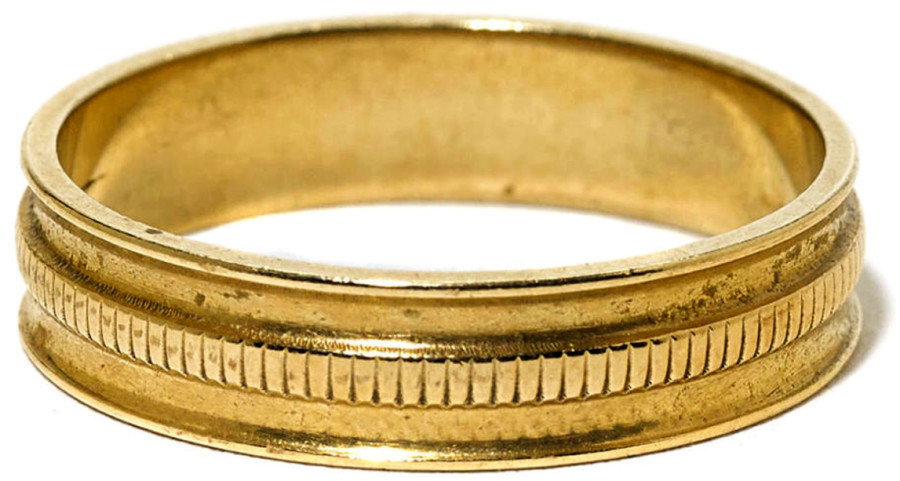 This was part of the recent "There's No Place Like Hollywood" auction co-sponsored by Bonhams and Turner Classic Movies; it went for $50,000.

Some more about the ring, from Bonhams:

"14k gold men's ring with ribbed center band. Gable typically only wore rings on his pinkie finger, which would account for the ring's smaller than expected size. Gable and Lombard married on March 29, 1939 and are remembered as one of the most iconic Hollywood couples of the period.

"Provenance: Accompanied by a typed letter signed by Kay Gable." And here's said letter, plus envelope: 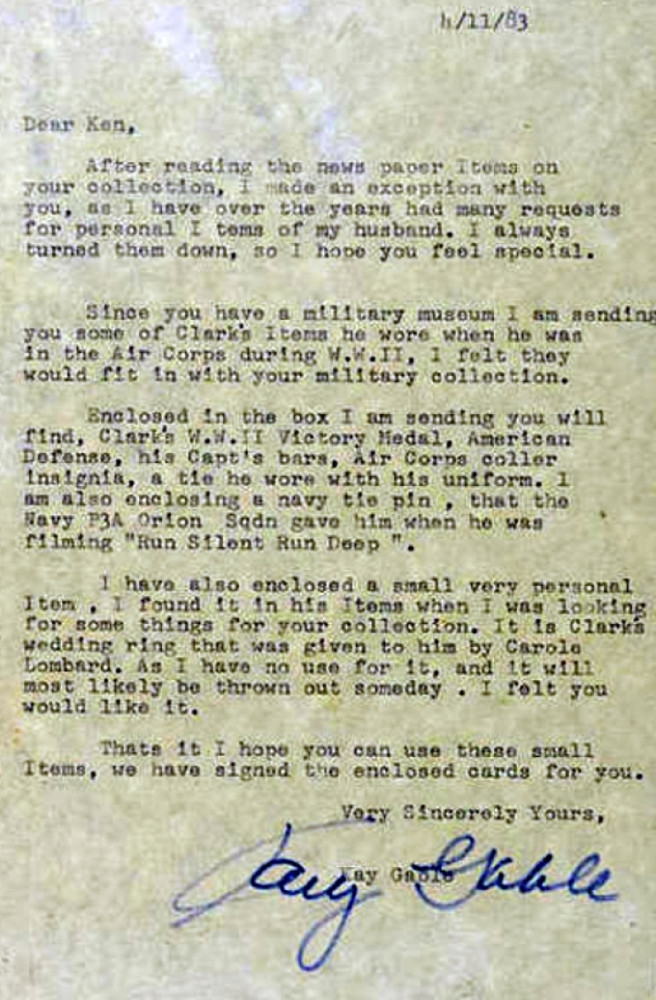 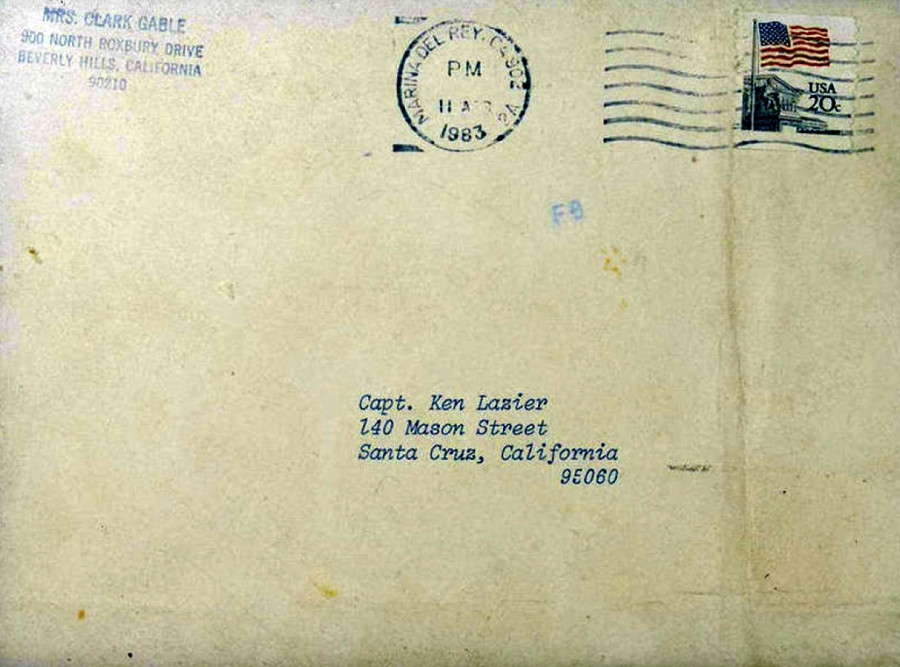 According to Bonhams, "Lazier was a well-known collector of militaria who often wrote to famous people asking for donations to his military museum."

Six weeks after writing this letter, Kay Gable herself would be gone. It says something about the lady and her regard for not only Gable, but Lombard, that she refused to sell such a personal item of Clark's.