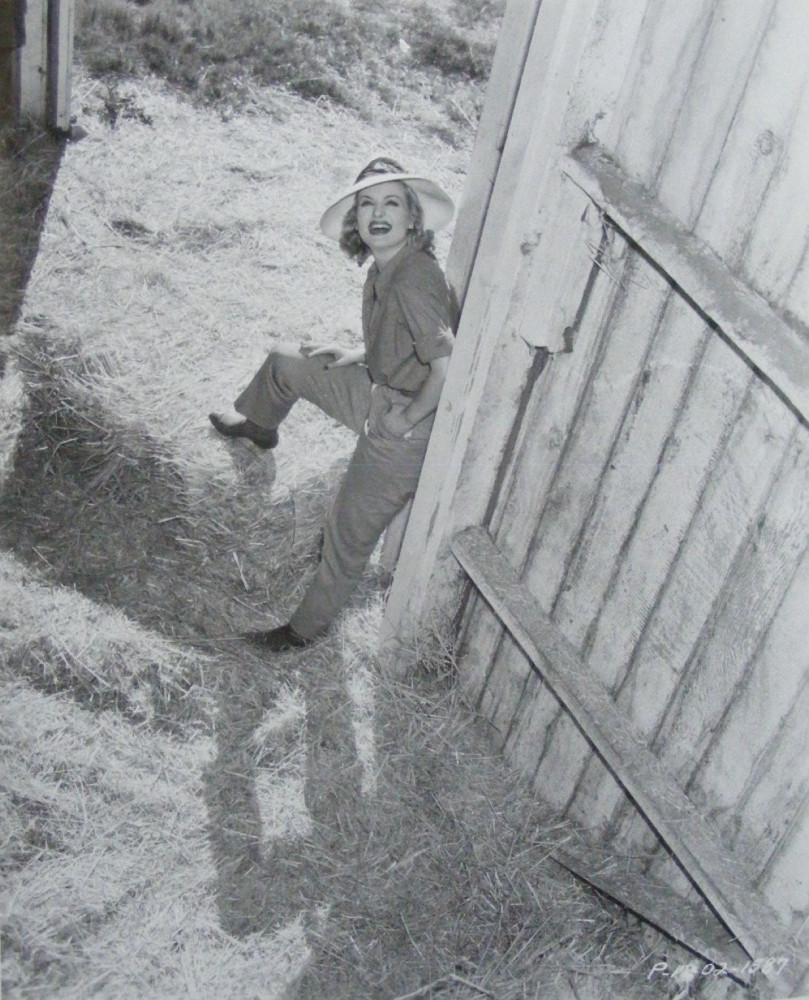 For the eBay seller who's been supplying us with all these fabulous images of Carole Lombard during her 1937 "farmerette" phase, yet one more pic -- and this one's a beaut. It's Paramount p1202-1587, as we stare down at Lombard, delighted her barn is in splendid shape. And yes, there's another plug from the studio regarding her upcoming Paramount offering, "True Confession," on the back: 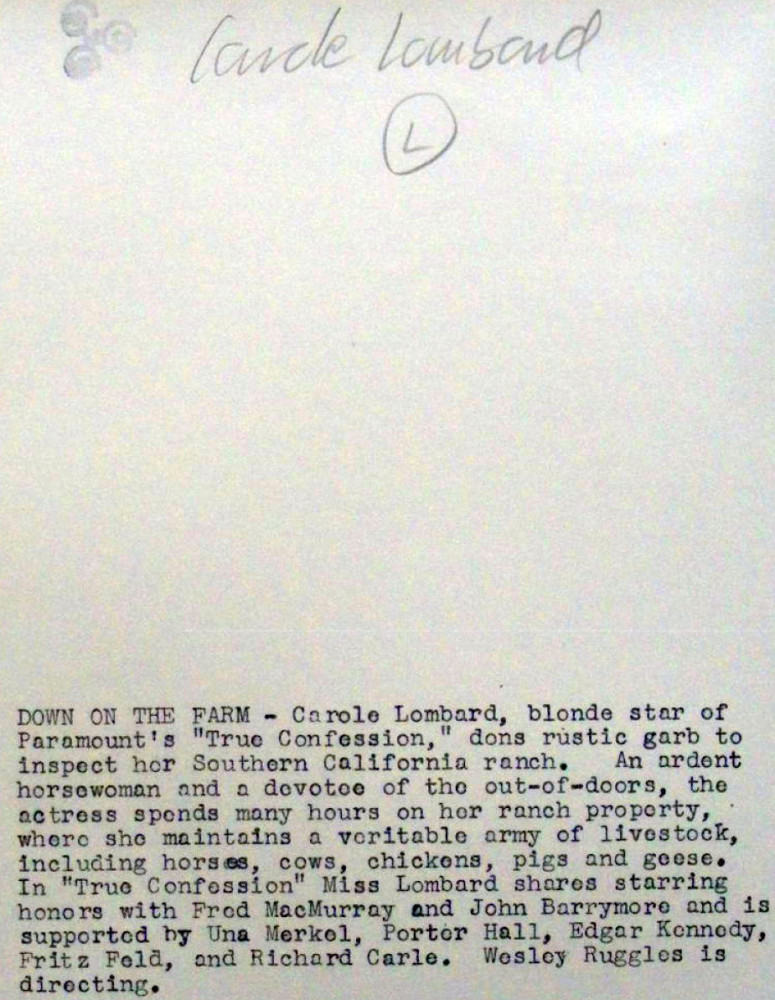 It measures 8" c 10", and has some creases on the bottom edge, but for the casual Carole fan, that probably won't mean very much. Bids open at $9.99, with the auction closing at 9:14 p.m. (Eastern) next Wednesday.

Think you'd like to add that Lombard smile to your collection? Then visit http://www.ebay.com/itm/Carole-Lombard-in-her-barn-original-candid-portrait-photo-1937-Paramount-/231404363102?pt=LH_DefaultDomain_2&hash=item35e0c65d5e to bid or learn more.

By now, many of you know what a fan I am of the girl group sound, the music made by female vocal groups, predominantly in the early and mid-1960s. Another fan is the talented and wonderful Bette Midler (you know, the woman whose star is next to Carole Lombard's on the Hollywood Walk of Fame), and she's paid tribute to these acts with a splendid new CD, "It's The Girls." Midler goes to town on 15 tracks, most of them from the apex of the genre (1962 to 1965), but several from the pre-rock era as well (the Andrews Sisters' first hit, "Bei Mir Bist Du Schon," and the CD's "title" song, the Boswell Sisters' brilliant "It's The Girl"). Here is Bette performing the Ronettes' "Be My Baby," from the album, followed by the Bozzies with "It's The Girl" (from 1931).

More from the array of feathery Lombard portraits -- this LiveJournal header is Paramount p1202-559.
Collapse