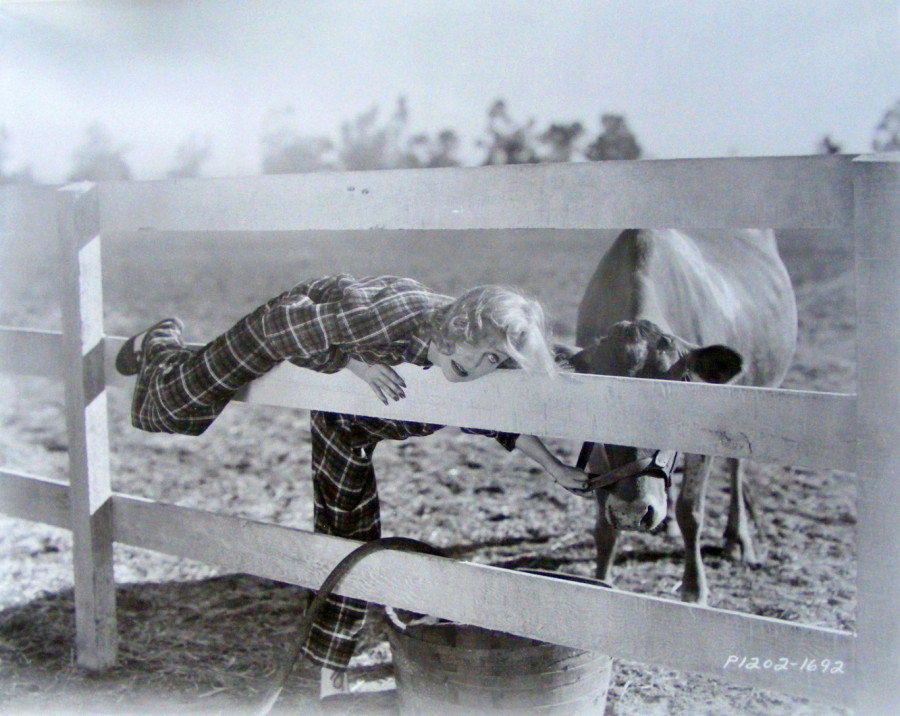 Only Carole Lombard could make a "straight man" of a cow. (And while that very concept might sound weird, there was an animated film a few years back where Kevin James, of all people, voiced a decidedly male cow.) But what's our gal doing around a female bovine, albeit charmingly so? According to the snipe on the back, it's for getting what most humans want from a cow: 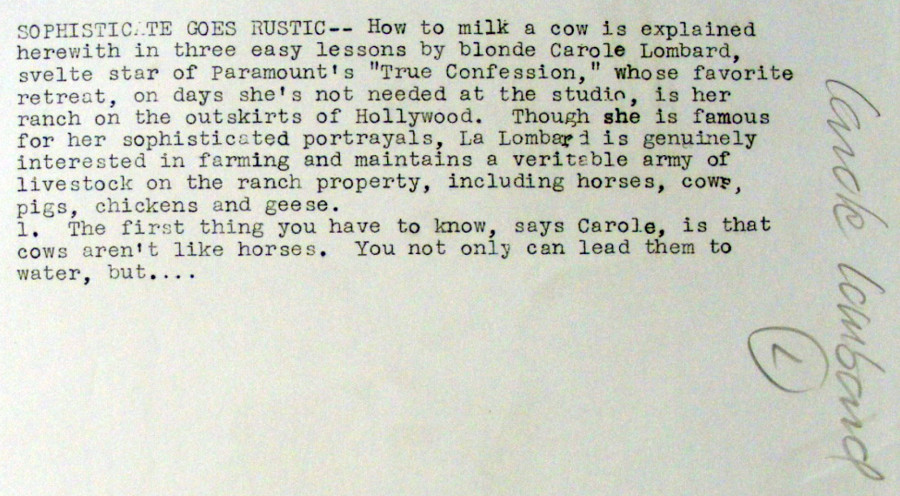 It's yet another image of Carole going rustic, Paramount p1202-1692 to be precise from late 1937, and it's from the same seller who's given us several other recent rural-themed Lombard pics. This one measures 8" x 10" and is said to be in very good condition -- "there are some minor creases at the corners."