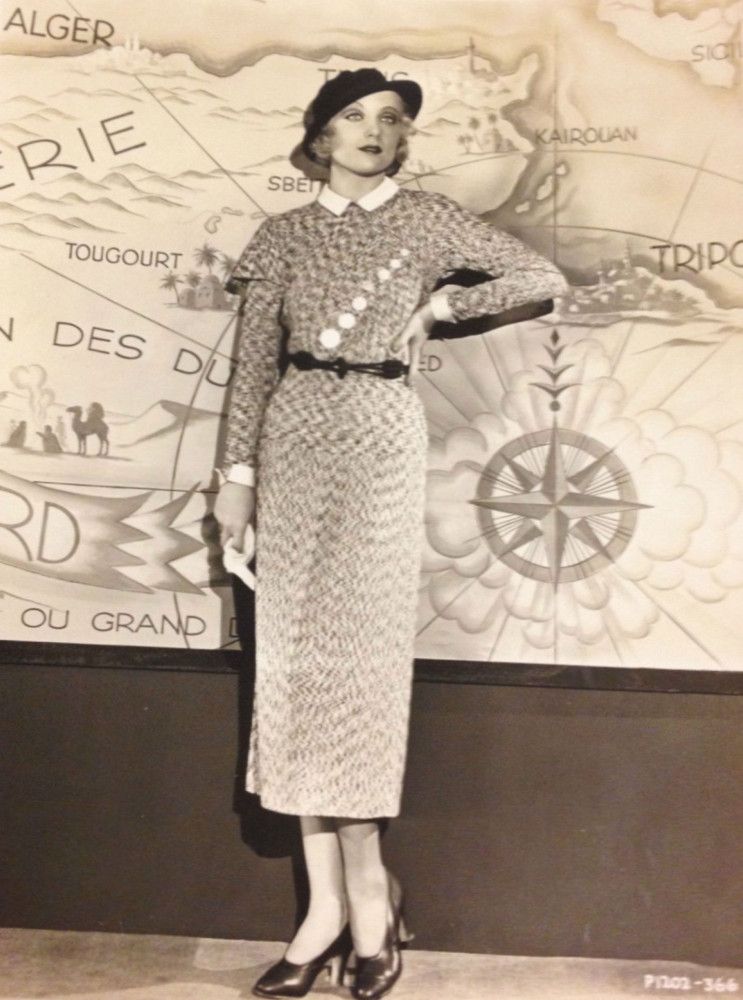 And by “orchid lady,” we’re referring both to Carole Lombard’s one-time description and the name of the eBay seller offering this item, the previously unseen — at least by me — Paramount p1202-366. (Although this probably is from the end of 1932 or early ’33, after Carole, on loanout to Columbia, had made the film “No More Orchids,” probably as a dig at her home studio.)

Standing in front of a map of the Mediterranean and North Africa (you also can see Sicily in the upper right-hand corner), Lombard models an outfit. There is some information on the back, but the seller notes, "Writing is faded from age. Has English description and a few sentences in a foreign language (Spanish)?"

Fortunately, I have some tools at my disposal that can make the description look somewhat less faded: 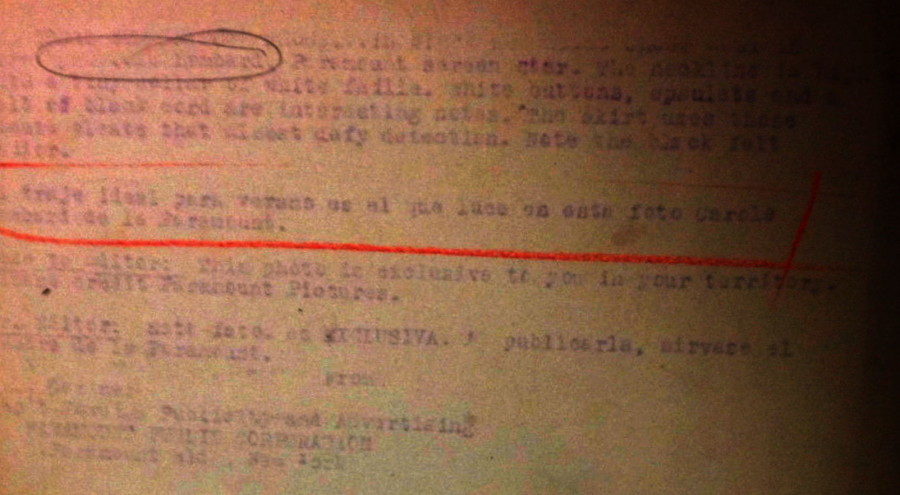 And yes, that language indeed is Spanish.

Here's the entire front of that image: 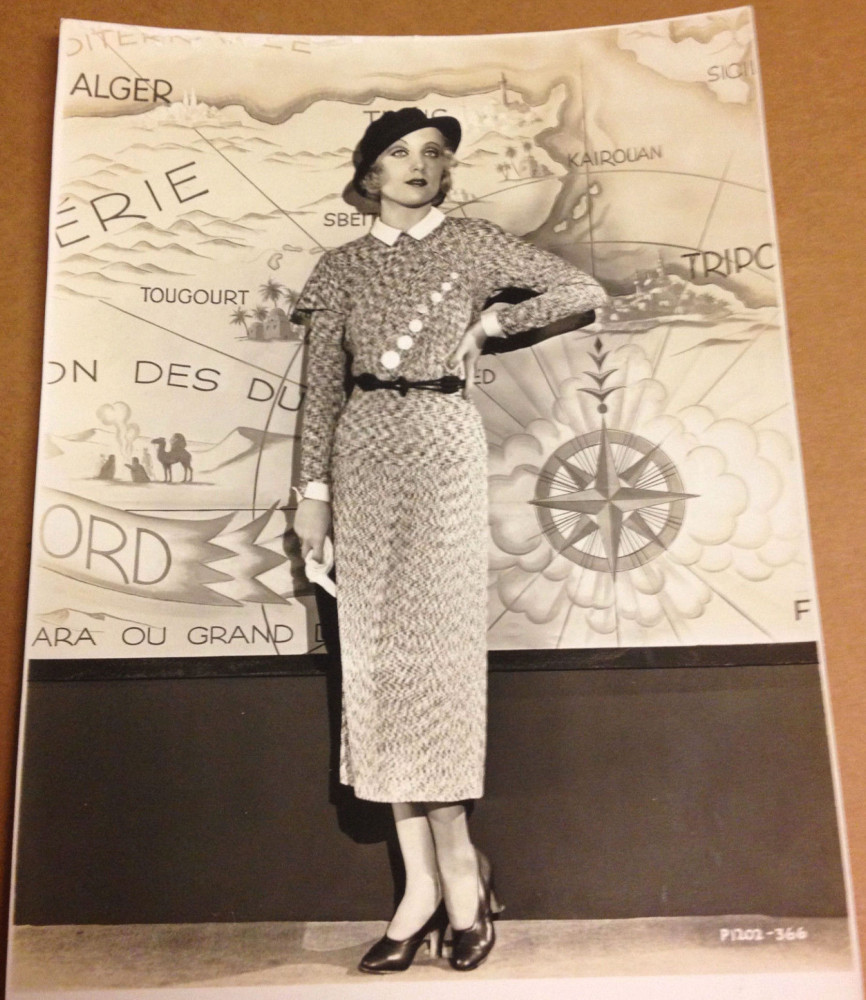 The seller says this measures "approximately 7 3/16" by 9 7/8". As you can see in the photos, the glossy part has peeled at the top. Has some minor signs of age/wear/handling." But it's a rare Lombard pic, so who's complaining?

I didn't cross the Atlantic last night...but I did cross the Los Angeles River into Burbank and the Warners lot for a filming of my favorite broadcast network sitcom, "Mom." More on the experience of watching the creation of a TV episode (spoiler-free, of course) in tomorrow's entry.
Collapse