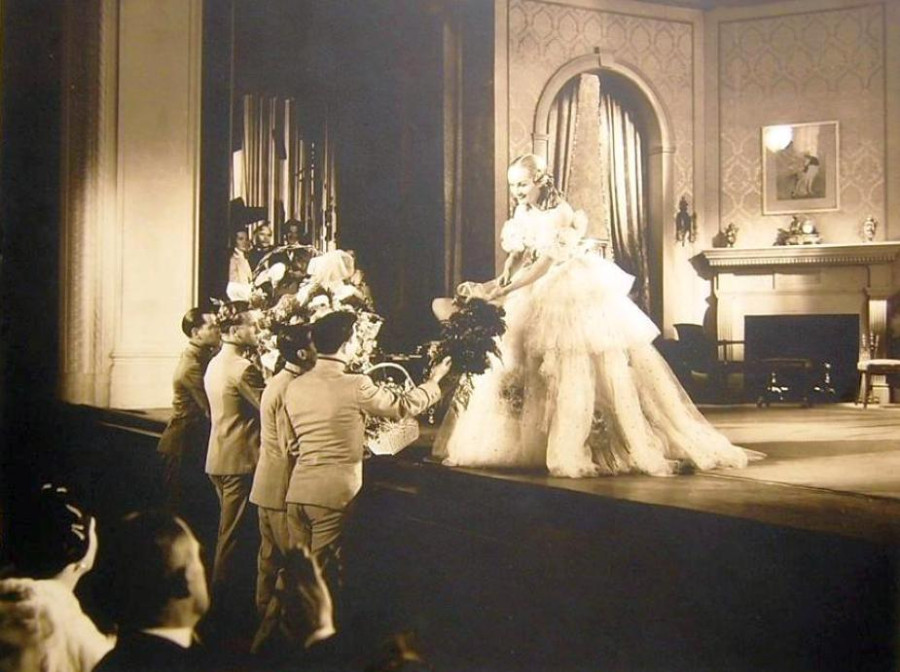 Carole Lombard, in her guise as Lily Garland, takes bouquets from Broadway admirers as part of her pivotal performance in "Twentieth Century." Yet there has always been conjecture over whether Carole spent more time playing a stage actress over the few weeks of early 1934 that Howard Hawks comedy was in production than actually performing as one.

To be fair, that might be overstating things a bit, especially taking into account any roles she may have played while at Virgil Junior High School and briefly at Fairfax High in Los Angeles. But it's difficult to determine Lombard's subsequent length as a stage actress -- because it happened in the period of her life that remains largely unknown, the early 1926 automobile accident that caused several cuts to her cheek and her subsequent recovery well into 1927.

Some Lombard biographers have said she performed in several stage productions around the Los Angeles area, but I don't recall seeing any cast listings or other definite proof. It would have been proper for her in at least one sense: Stage work meant no magnification of her face, effectively hiding the scars that developed.

But Carole's dream from the start of her career in late 1924 was to achieve success in motion pictures; she'd had a taste of success as a Fox starlet and enjoyed the studio environment, though it was obvious to all (including her) that she needed more work before she could gain genuine stardom. Though hardly Broadway, Los Angeles had built a good reputation as a theater town, much of it gained via film actors needing something to do between productions.

The Lombard-as-stage-actress concept entered my mind today after watching a play this afternoon in the Toluca Lake section of Burbank. It's written by a longtime Internet friend whom I finally met face-to-face, Ken Levine. 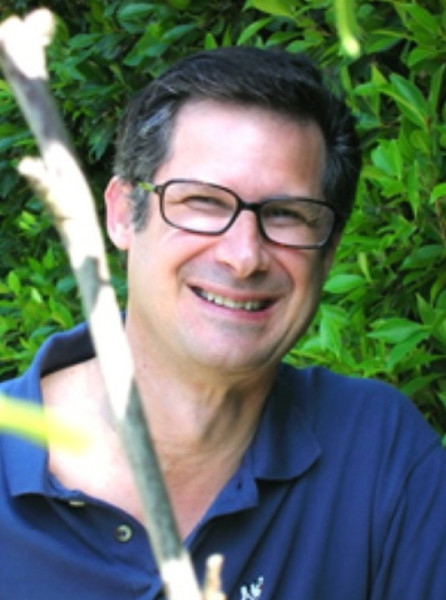 If I could be anyone else in the world, I'd probably wish to be Ken Levine (or the Washington Nationals' Bryce Harper). In Ken's case, he's hit the trifecta of things I'd wanted to do over the years (and moreover, he does them well, very well):

* He's written, directed and produced several of the top sitcoms of the past 35 years -- "M*A*S*H," "Cheers," "The Simpsons" and "Frasier," with an Emmy to his credit. He has written several screenplays as well.

* He's done baseball play-by-play for Seattle, San Diego and Baltimore in the majors (and my old hometown of Syracuse in the minors).

* He's been a Top 40 disc jockey in several markets, working with many greats of that format.

* And I can't forget his blog, http://kenlevine.blogspot.com/, which is a must for anyone interested in TV, entertainment, baseball, Top 40 radio, you name it.

Now, Ken has added to his extensive resume by writing a play, "A or B?": 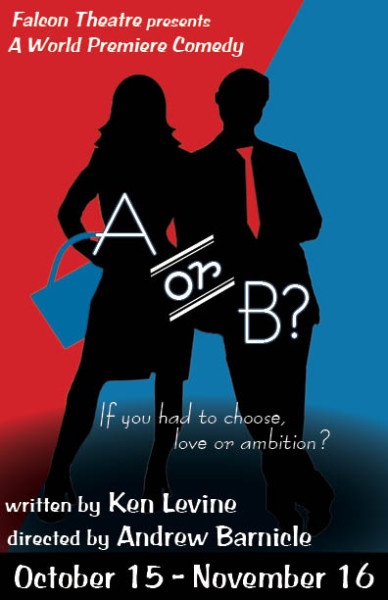 It's a two-person romantic comedy examining the many "a or b" choices a man and woman in New York's corporate world must make. Among them, according to the publicity accompanying the play, are "destiny vs. choice, love vs. career, ambition vs. passion and man vs. woman." 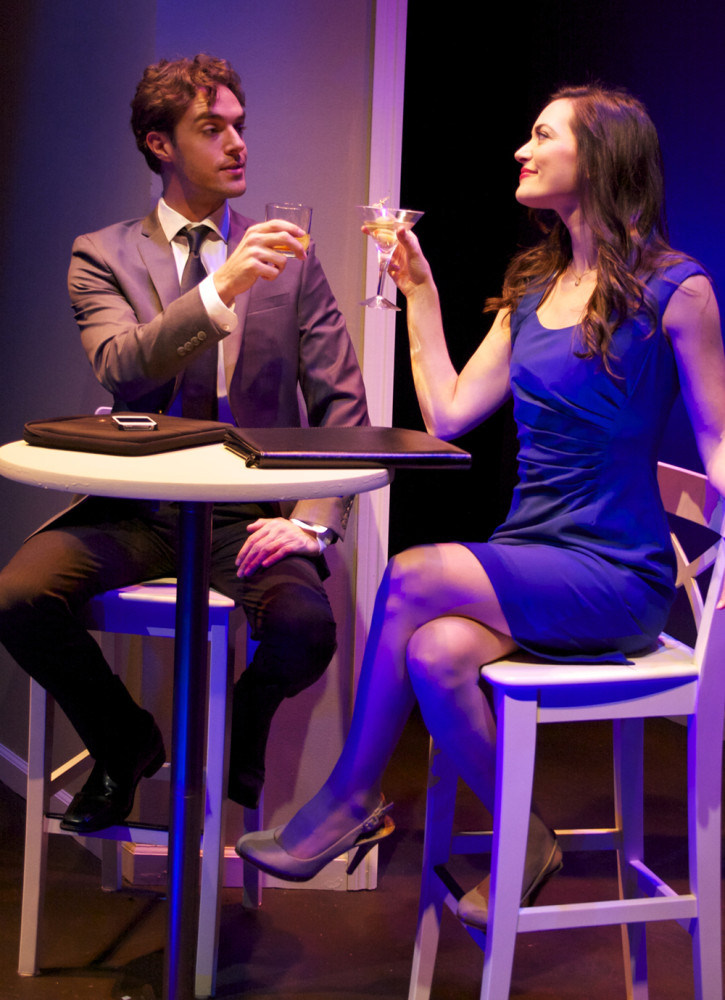 That's Jason Dechert and Jules Willcox, who both put forth excellent performances Sunday; it would be too glib to predict stardom for either, but it appears safe to predict that both should have successful careers in some sort of acting -- stage, screen, TV, whatever. Levine's script has its share of jokes, some for the general audience, others for industry "insiders," but while Dechert and Willcox's characters are archetypes, there's enough depth to them for the story to resonate beyond those who are young professionals. 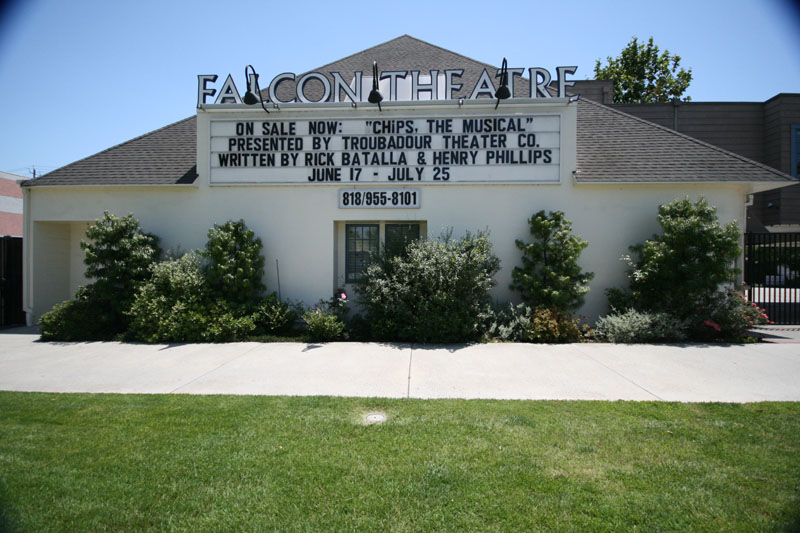 "A or B?" is showing at the Falcon Theatre in Burbank. The Falcon was founded by sitcom impresario Garry Marshall (whose scripts for "The Dick Van Dyke Show" impressed a youthful Levine) and has run several productions each season since its opening in 1997. It's an intimate venue, seating 120.

After taking Monday and Tuesday, "A or B?" has five performances to go -- at 8 p.m. Wednesday through Saturday and at 4 p.m. Sunday. If you're in the Los Angeles area, it's worth the trip (especially since the famous 1949 Bob's Big Boy restaurant with its classic architecture is directly across the street):

For tickets and other information regarding "A or B?", visit http://falcontheatre.com/a_or_b.html
Collapse