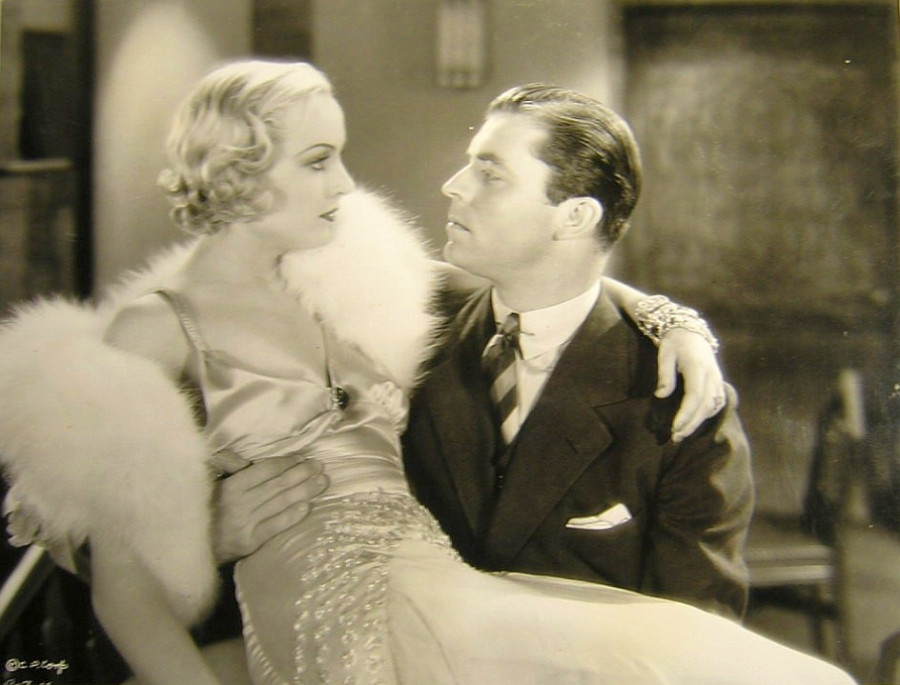 Carole Lombard and Lyle Talbot appeared together on screen only once, in the 1932 Columbia drama "No More Orchids." Now, a rarity featuring both of them has surfaced on eBay. It's from the February 1992 issue of a film collectors' magazine entitled "Big Reel": 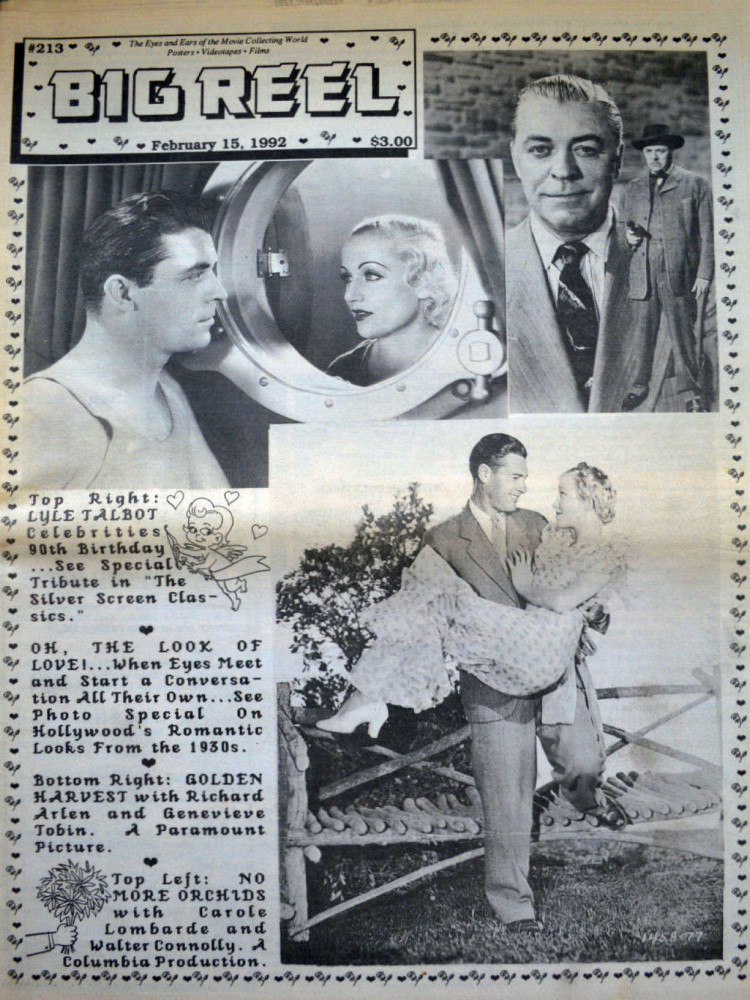 I have no idea whether the magazine had anything inside on "Lombarde" and Talbot -- but since the 50th anniversary of Carole's passing had taken place in January, there might well have been. And since Talbot lived until 1996, it's entirely possible he saw this publication. (Paging Margaret Talbot, Lyle's daughter and author of the fine semi-biography "The Entertainer.")

According to the seller, the "magazine is in very good condition showing some minor wear, folded."