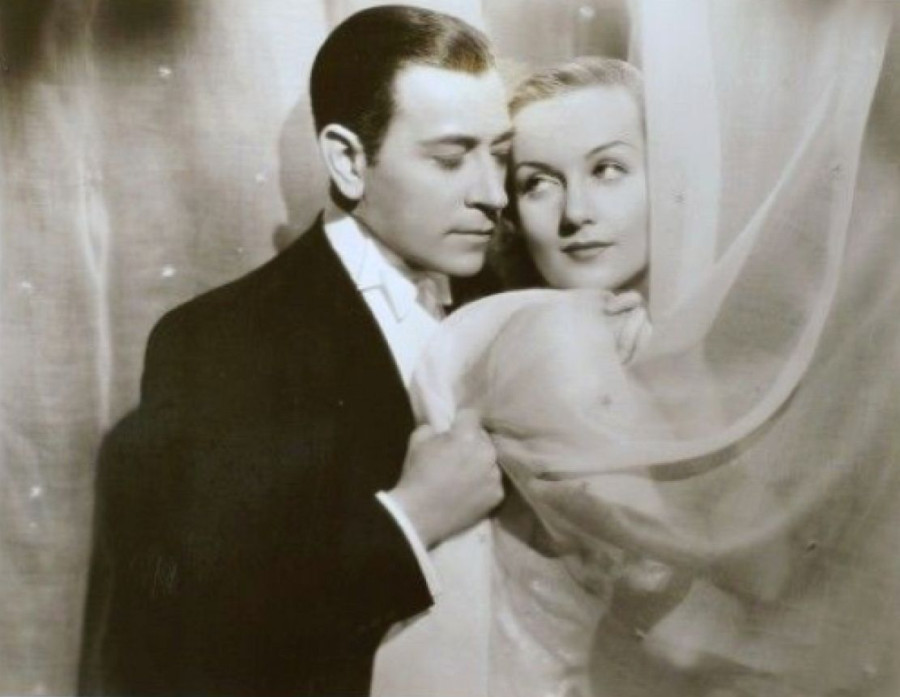 "Rumba," Carole Lombard's dance film with George Raft that opened in early 1935, was an obvious attempt to draw water from the same spring that had made "Bolero" a hit for Paramount nearly a year earlier. However, this time the well largely ran dry, perhaps for several reasons -- the strict enforcement of the Production Code put a damper on the film's sensuality (for example, guys knew that this time, you weren't going to see Carole dancing in her scanties, as they did in "Bolero"). Moreover, Lombard was beginning to primarily be known for her comedic skills, and there was little of that in "Rumba."

Finally, by this time audiences had decided that if they were going to see dance on screen, they might as well see it with a truly first-class dancer, Fred Astaire; a partner who, unlike Lombard, had legitimate Broadway experience (Ginger Rogers); and songs from top-notch composers (the Gershwins, Cole Porter, Irving Berlin) sung by the leads (neither Lombard nor Raft counted singing as their strong suit). "Rumba" hit theaters and quickly faded from view.

Nevertheless, "Rumba" has its share of fans, and for them we have some good news. Someone at eBay is selling 11 assorted publicity photos from the film (there are 10 different images, plus a duplicate), and eight of them have some sort of description on the reverse side. The pic at the top is included, plus these portraits of Carole and George: 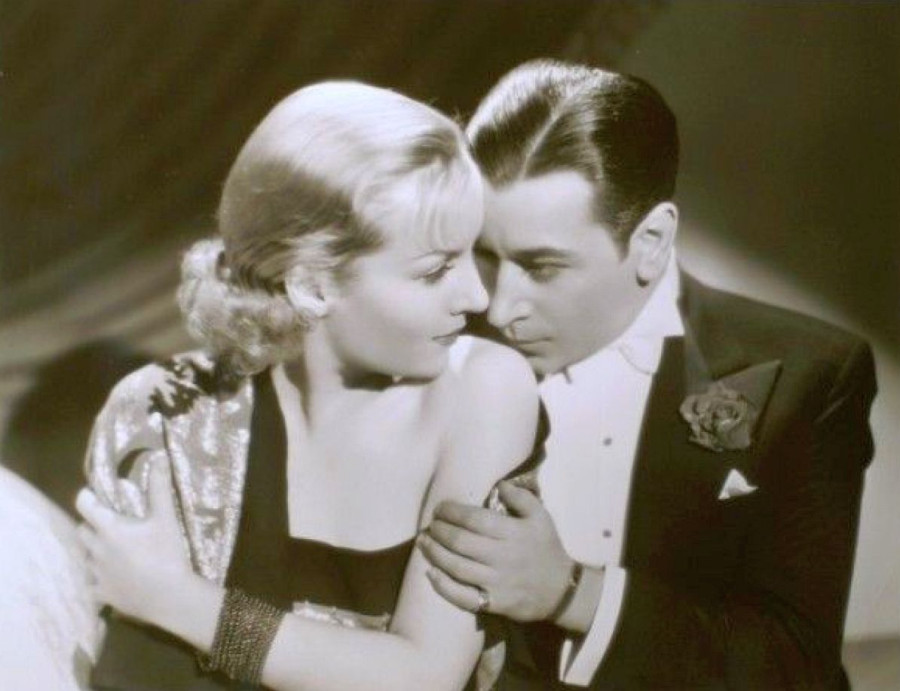 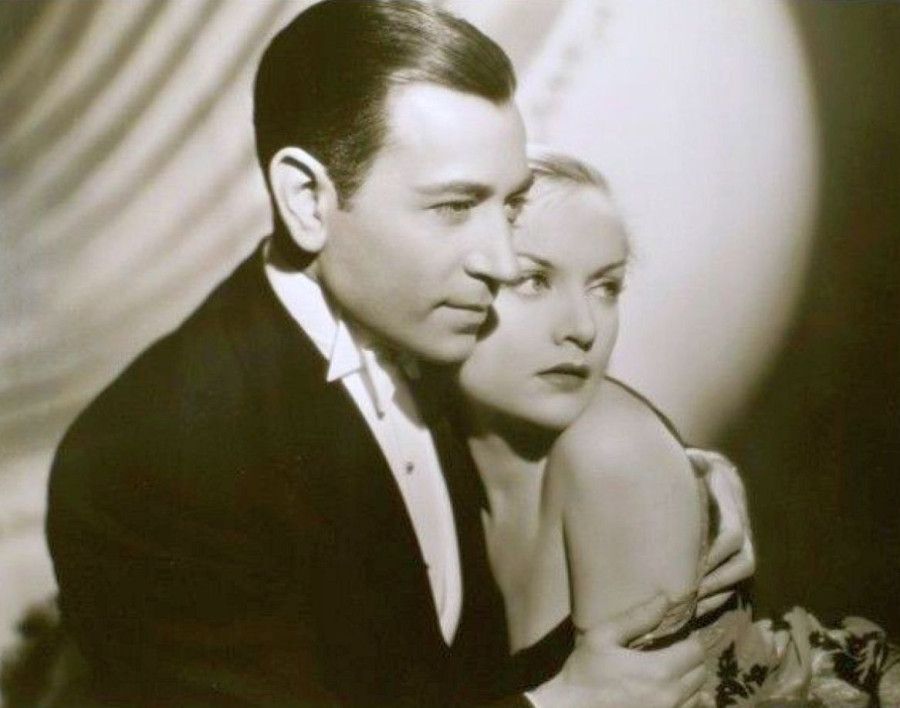 Here is the collection, on three separate pictures: 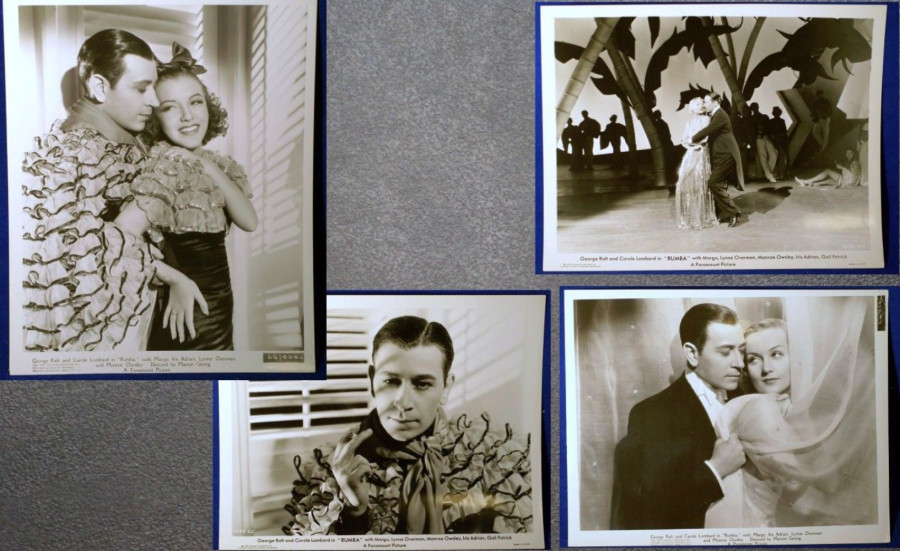 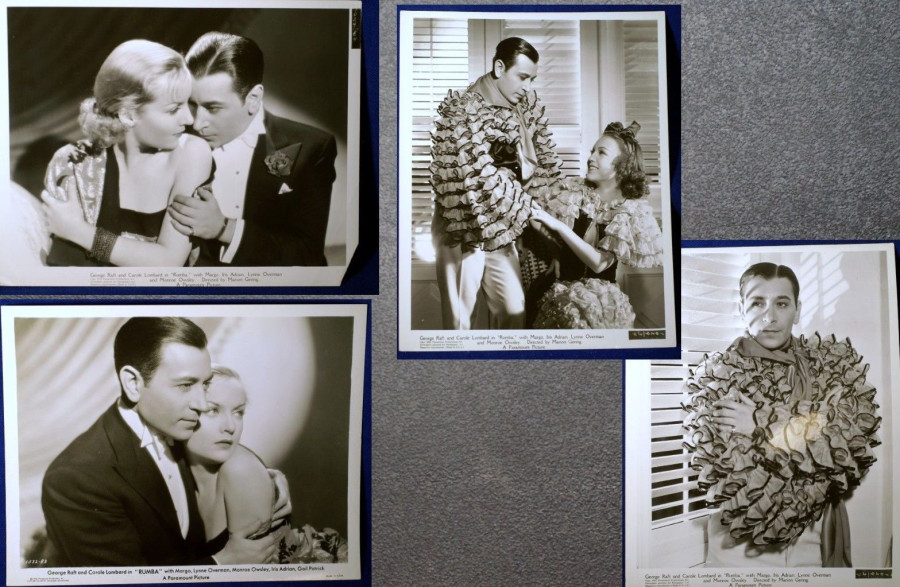 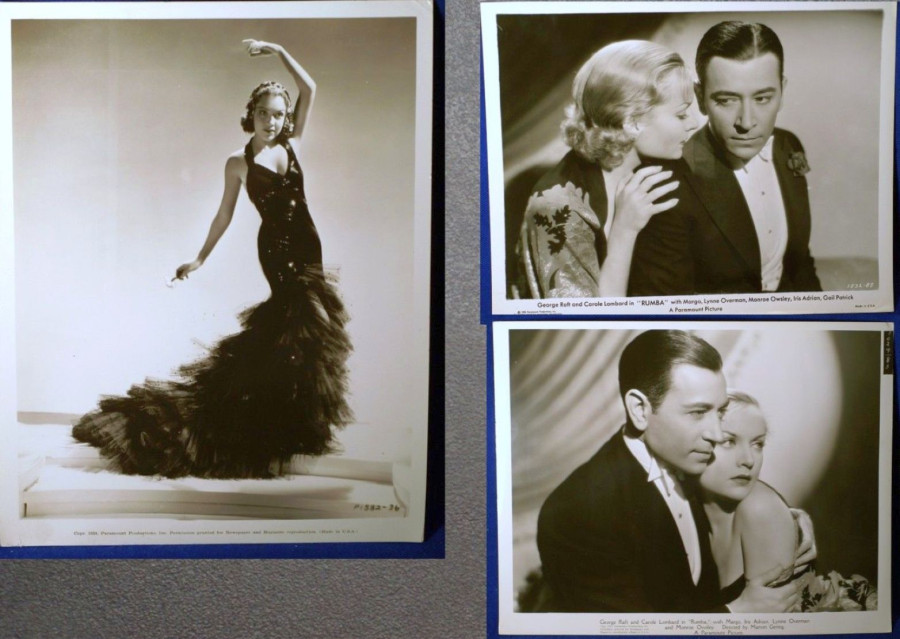 The woman dancing at left in the last group is Margo, who later married Eddie Albert.