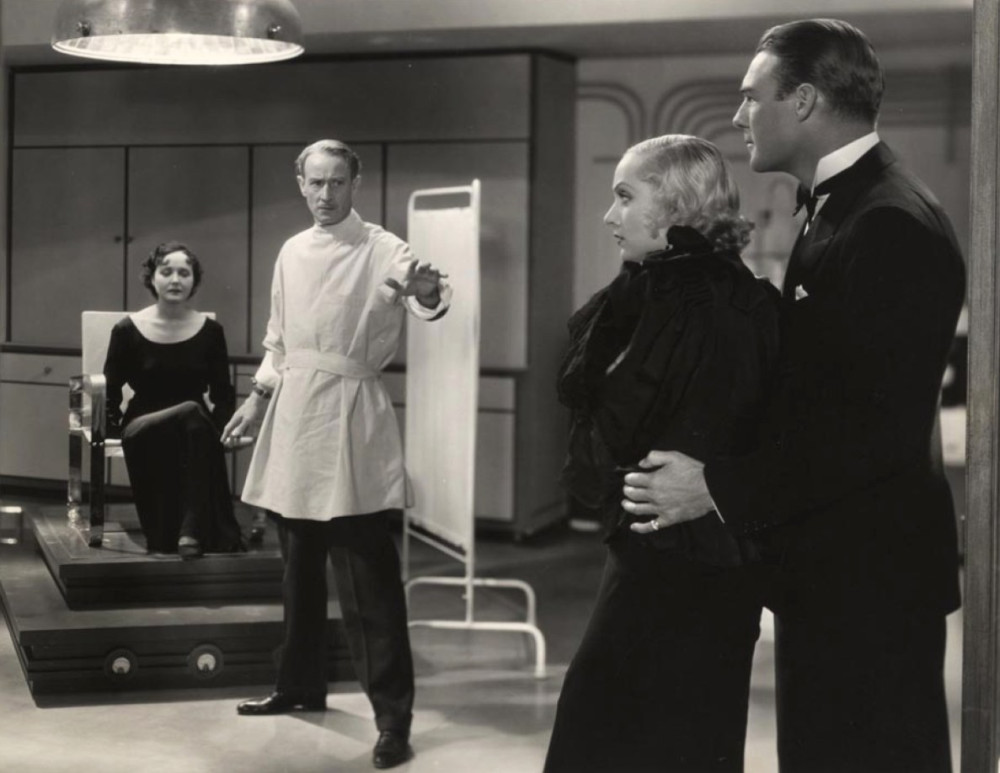 With relatively little fanfare, the Carole Lombard film most appropriate for today's holiday has finally been made available on DVD. "Supernatural," the 1933 occult thriller that's almost certainly the most atypical movie Carole ever made, was one of 12 horror-related titles Universal listed on its DVD "vault" in mid-month: 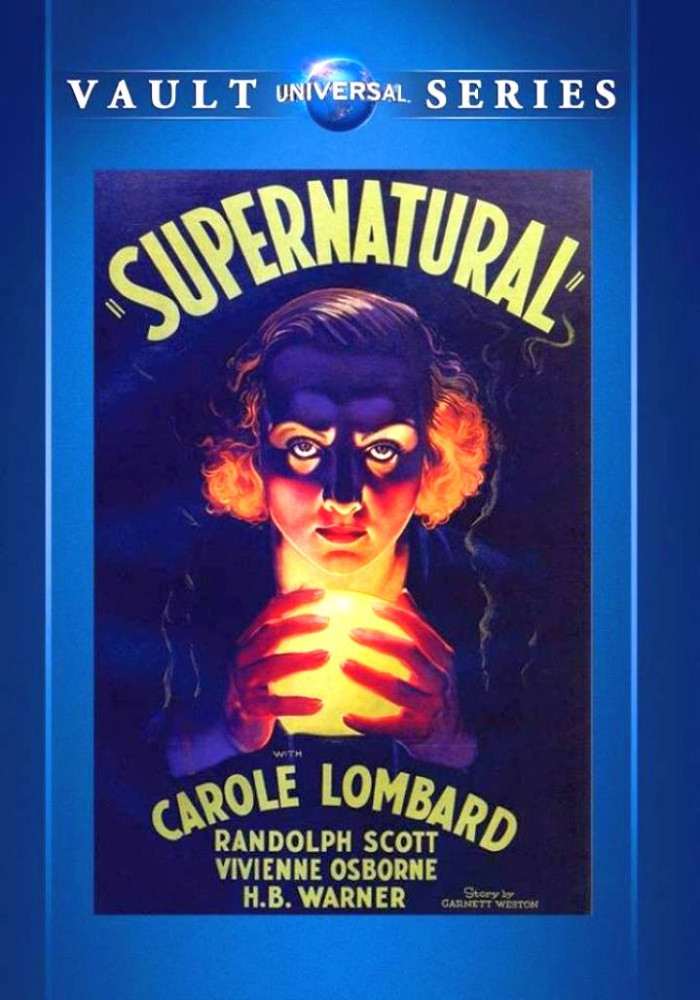 As we've stated before, "Supernatural" is no classic of the genre, and while making it Lombard hardly hid her disdain for the project, but she nonetheless puts some effort into the role and makes it somewhat fun to watch. The Westmores' fabled makeup tricks (gray in this case) set up Carole's change into one of the possessed: 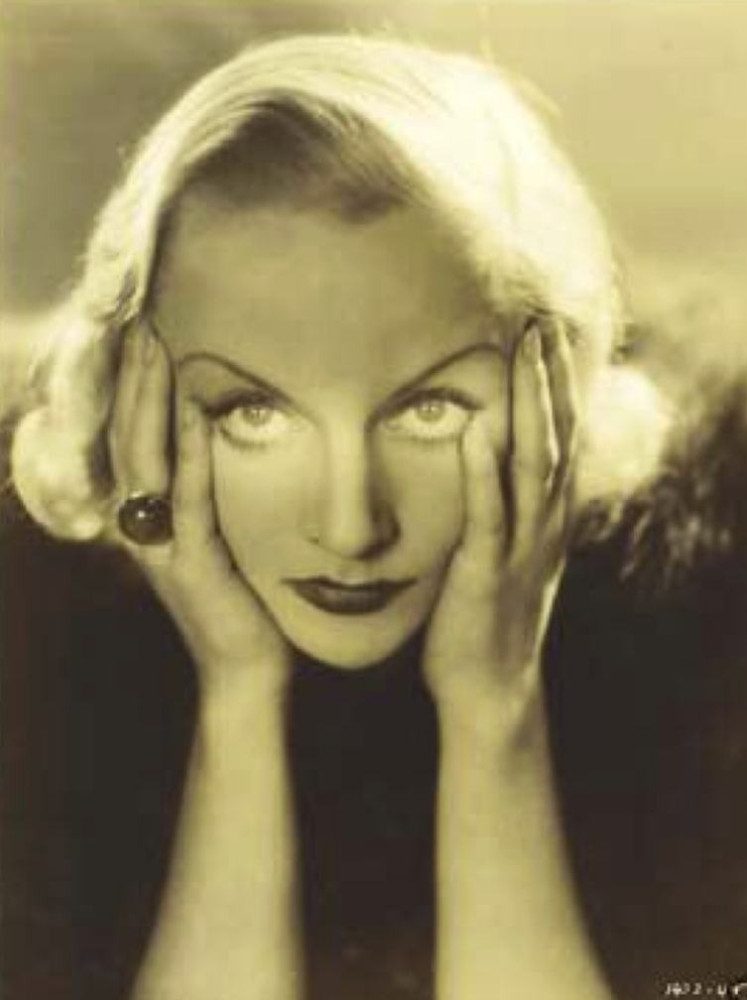 It was reported Lombard "tried out" her transformation on her pals: 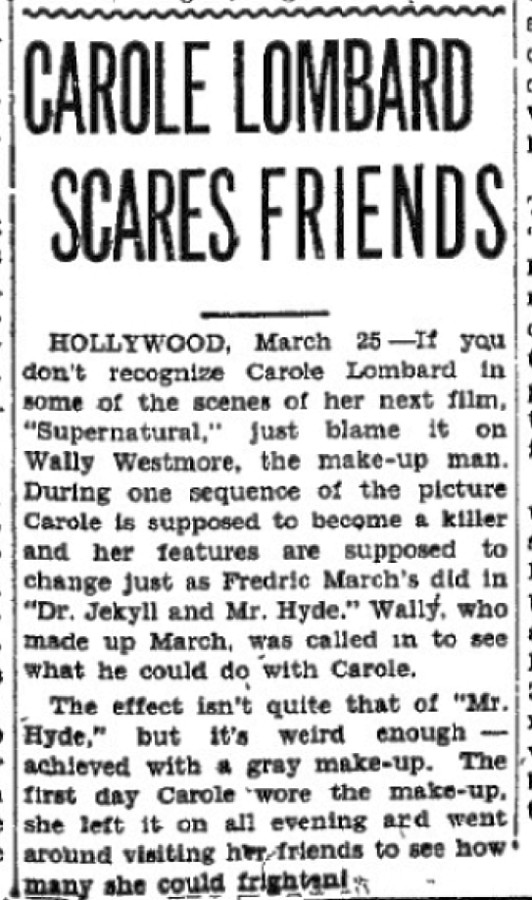 Some more stills from the film. First, Lombard at a seance: 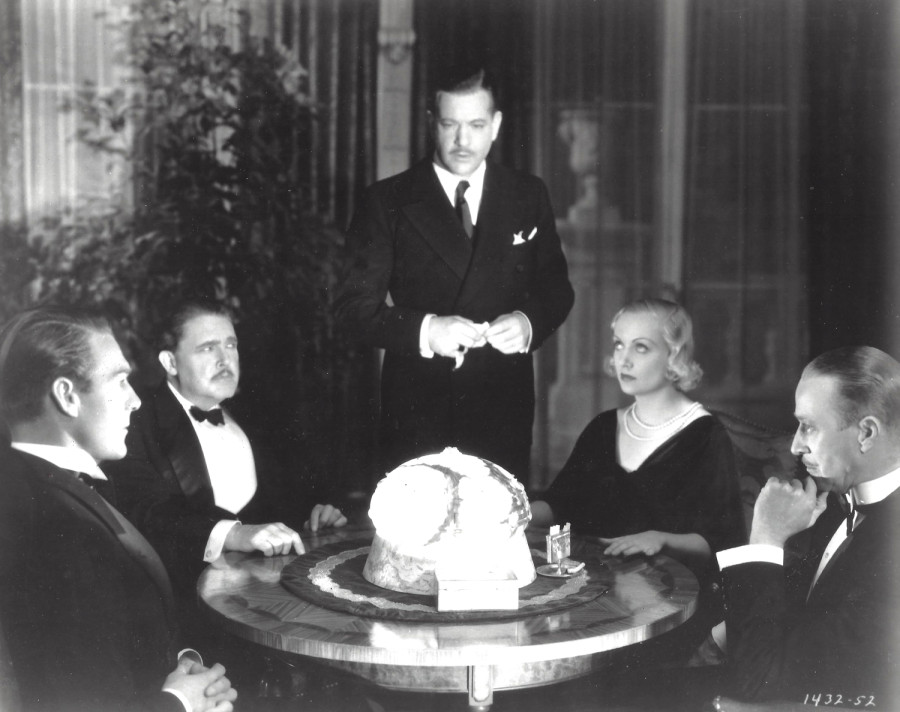 Second, the possessed Carole is about to strangle someone before Randolph Scott comes to the rescue: 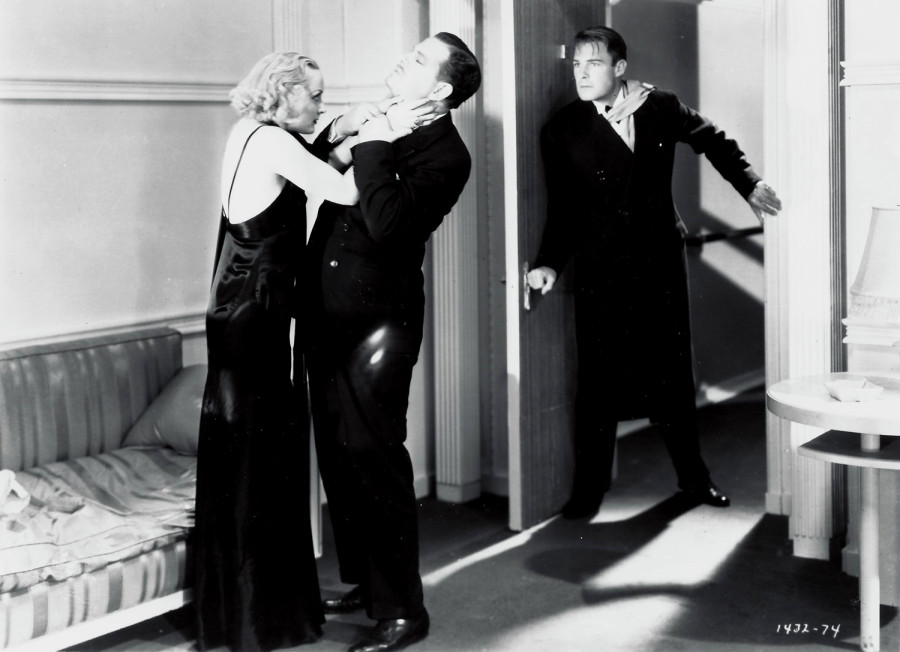 The "Supernatural" DVD can be ordered via Amazon (http://www.amazon.com/Supernatural-Carole-Lombard/dp/B00OL0001Y/ref=cm_cr_pr_product_top), though it won't arrive until tomorrow -- and even that isn't a certainty given the poor weather predicted for much of the U.S. this weekend.

The release is reported at the excellent site Greenbriar Picture Shows (http://greenbriarpictureshows.blogspot.com/2014/10/some-halloweenies-from-universal-on.html), which states,

"Star Carole Lombard figured 'Supernatural' a worse stinker of her career, understandable as she'd soon be way past programmers like this, but when else did the actress get to play love scenes so intense as here, where the spirit of an executed murderess guides CL to wreak vengeance on bad egg Alan Dinehart? That scene alone covers cost of an hour watching, 'Supernatural' a curiosity and rare as any vintage chiller up to now. Vault's transfer is fine too, if not pristine. This is the kind of stuff we forever hope will be released on DVD, but too seldom is."

In fact, that last sentence can be said of so many other Lombard Paramount titles that Universal controls; unfortunately, none of the others have a Halloween connection.
Collapse