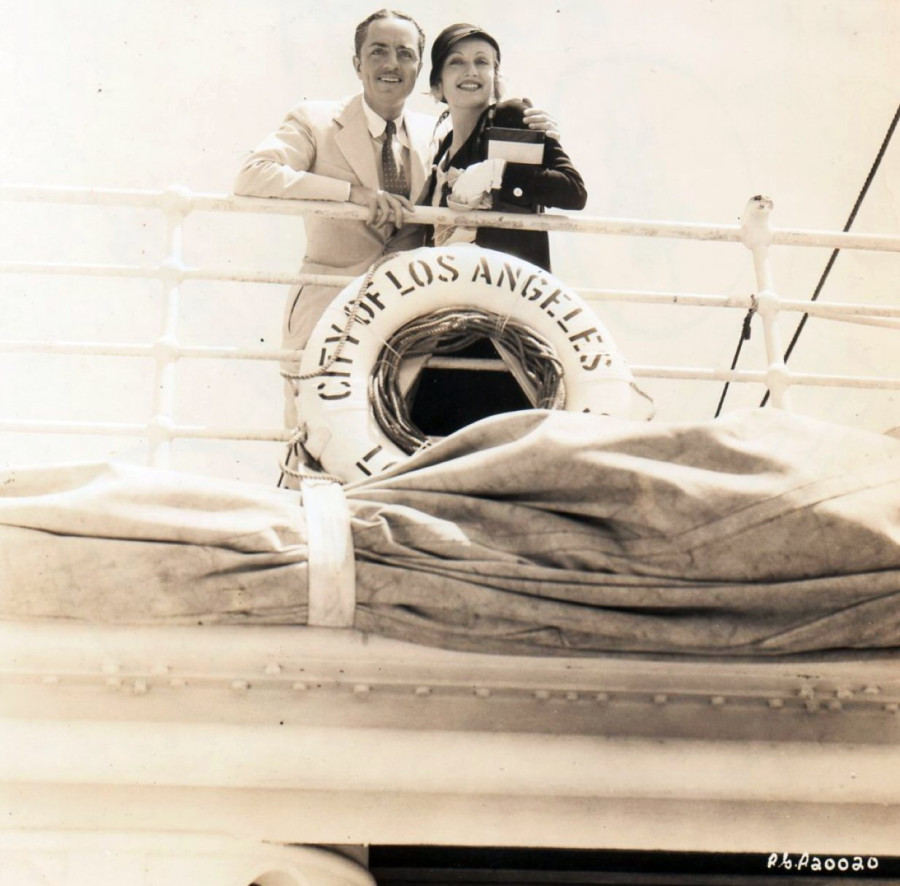 We know what marriage meant for Carole Lombard in mid-1931, but let's not forget that it came during a time of upheaval in the career of her new husband, William Powell. The couple was on their honeymoon at the time Modern Screen's August issue hit newsstands, and while the magazine hedged its bets on their future marital status when this following story went to press, it's nonetheless a fascinating profile of Powell, who hadn't been entirely happy at Paramount and thus (figuratively!) jumped ship to Warners: 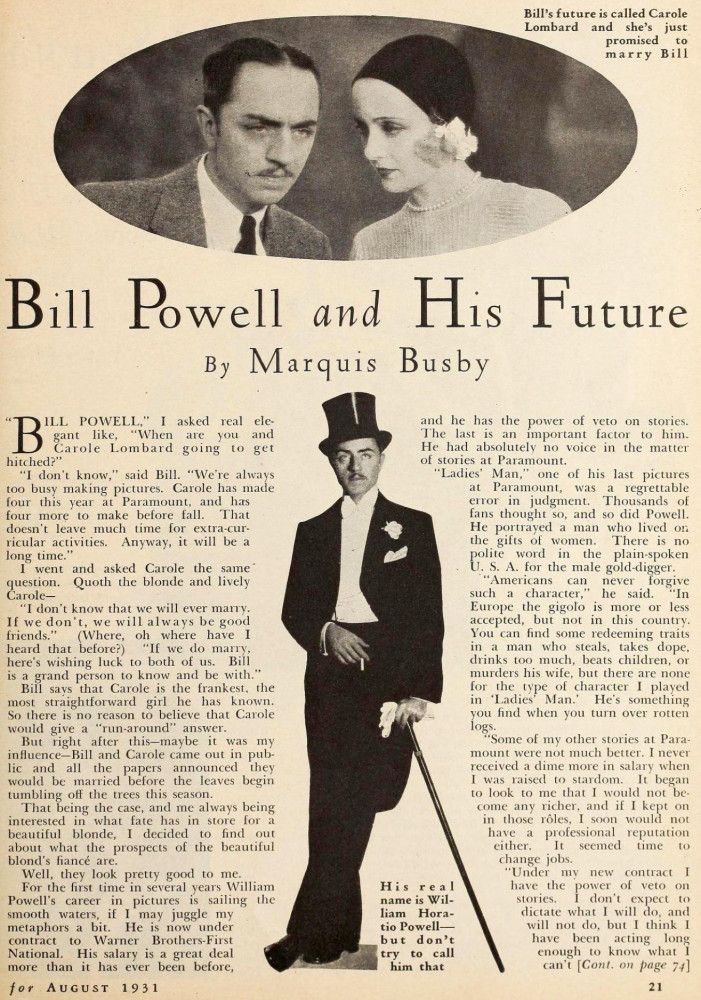 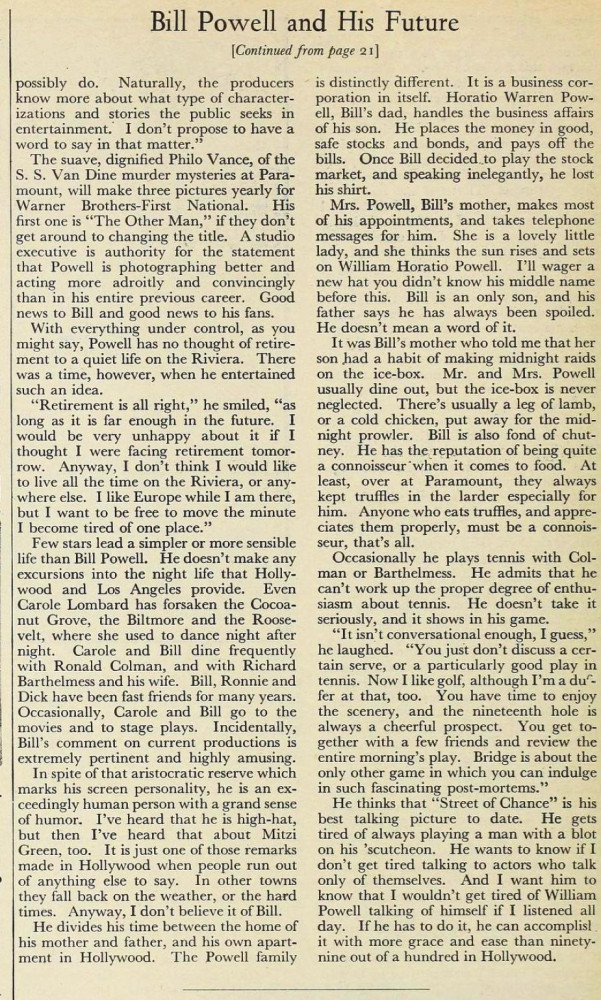 I don't know if Powell said precisely those words to author Marquis Busby in this interview, but it certainly sounds like him. I especially enjoy his disdainful comments about "Ladies' Man," his final film for Paramount (and his second with Carole): 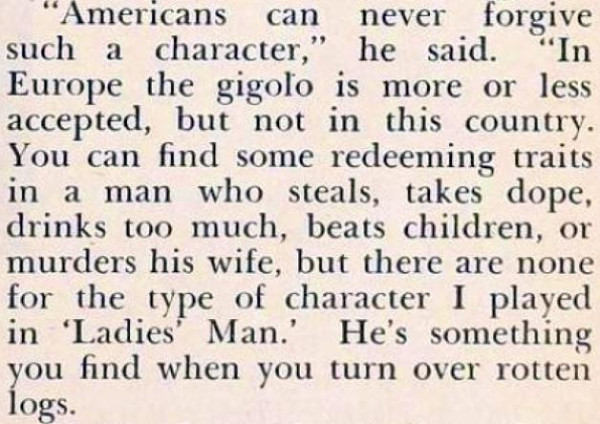 Lombard's other presence in the issue was a review of her Paramount film "Up Pops The Devil": 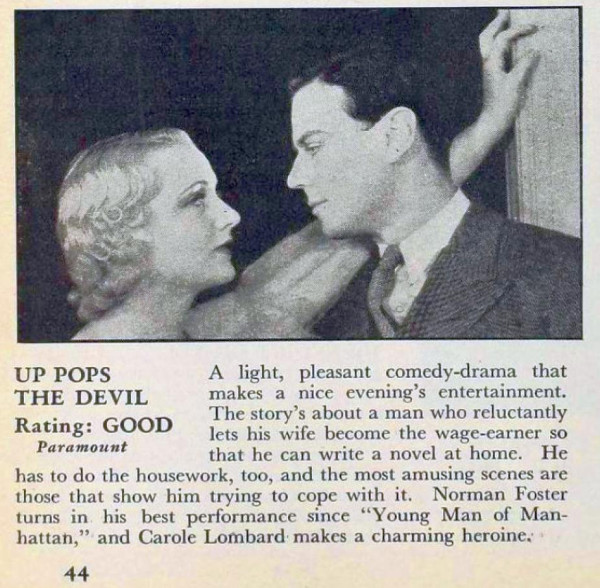 The issue had Ruth Chatterton on the cover... 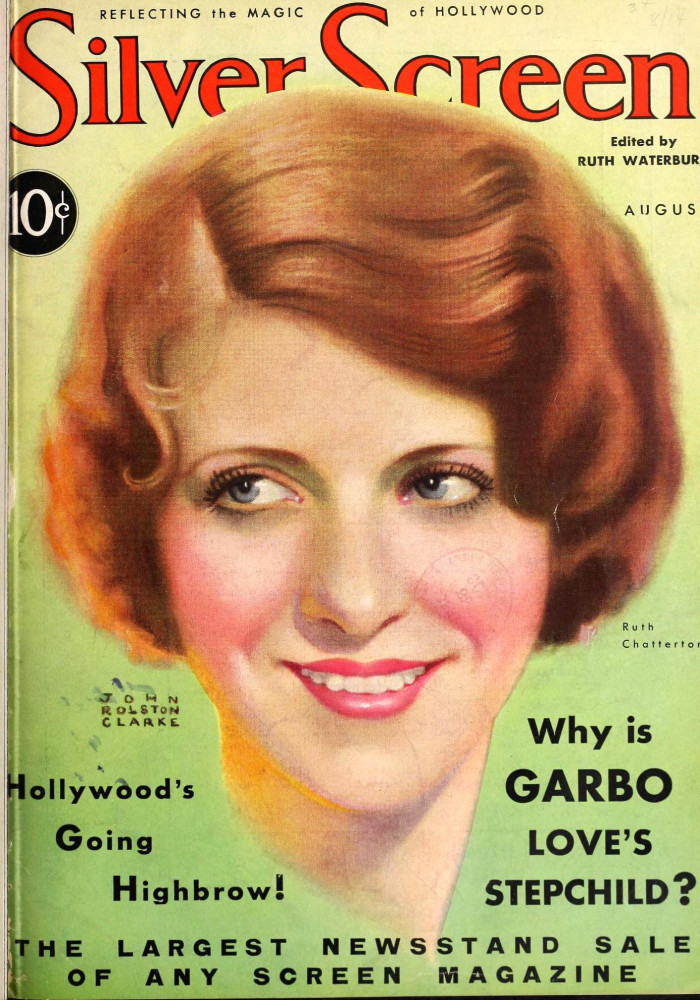 ...and included a feature on Miriam Hopkins, who acted with Lombard in "Fast And Loose" and whose career occasionally would intersect with hers over the next decade (in fact, she was selected over Carole for a lead role in Ernst Lubitsch's "The Smiling Lieutenant"): 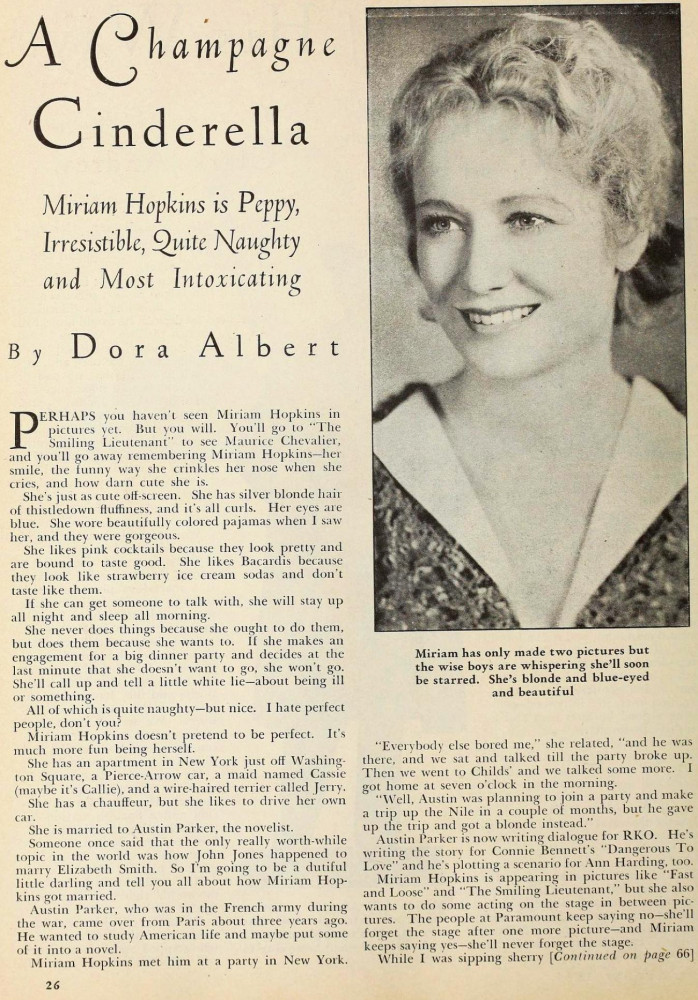 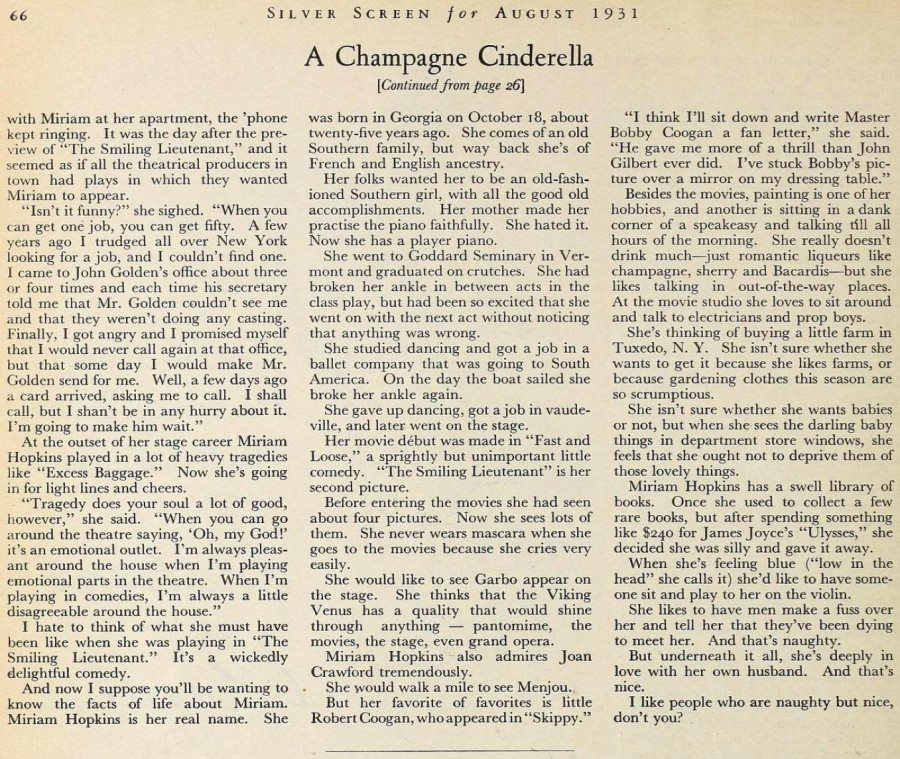 The economy may have underwent a downturn in mid-1931, but for now that wasn't stopping studios from advertising upcoming movies in fan magazines. The August '31 Silver Screen is chock full of them, beginning with Fox's "Transatlantic": 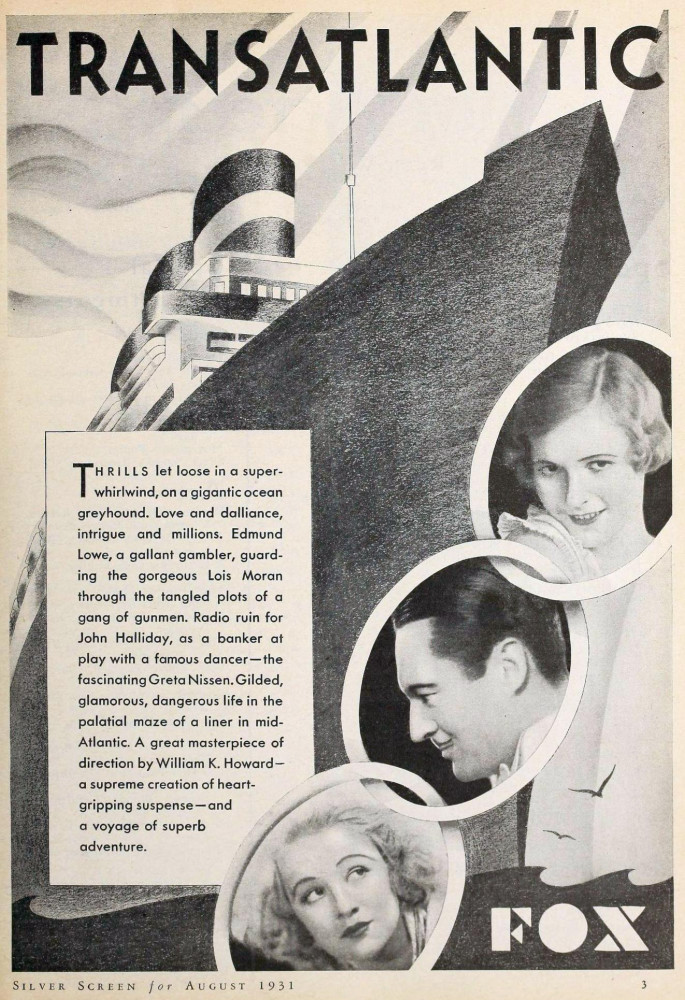 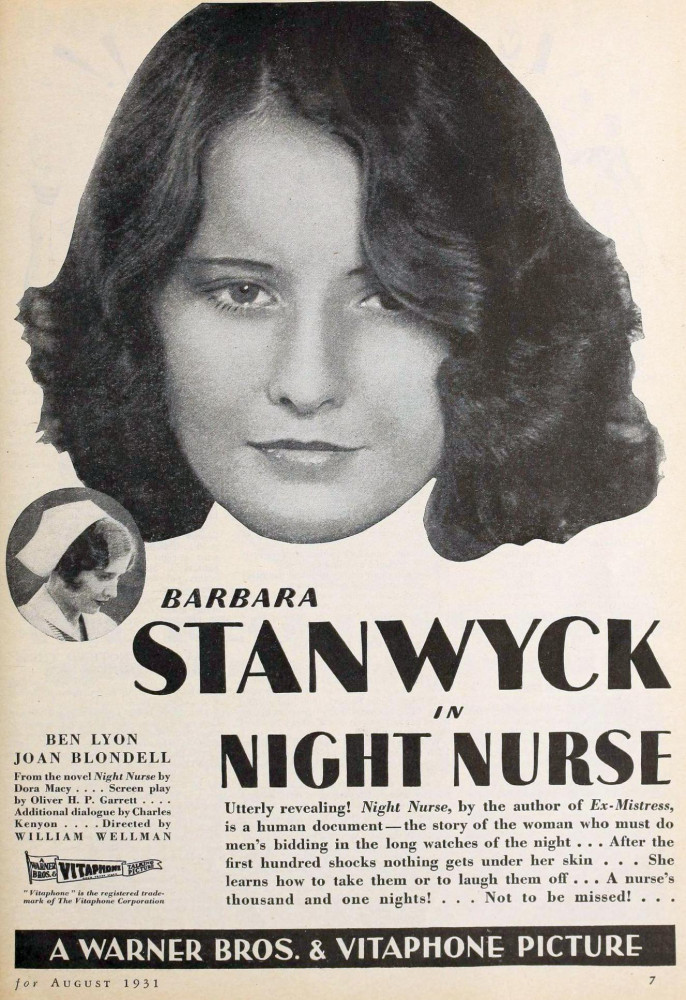 ...and Dorothy Mackaill, both of which featured Joan Blondell in supporting roles: 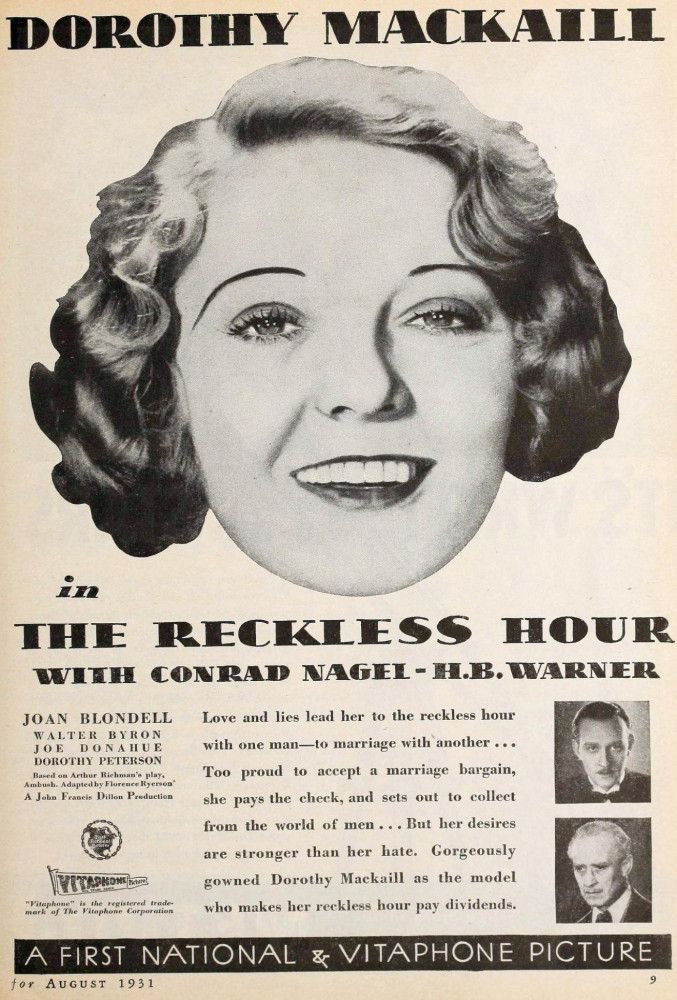 MGM promoted its considerable star power (though note that among those actors listed, but not pictured, was Clark Gable): 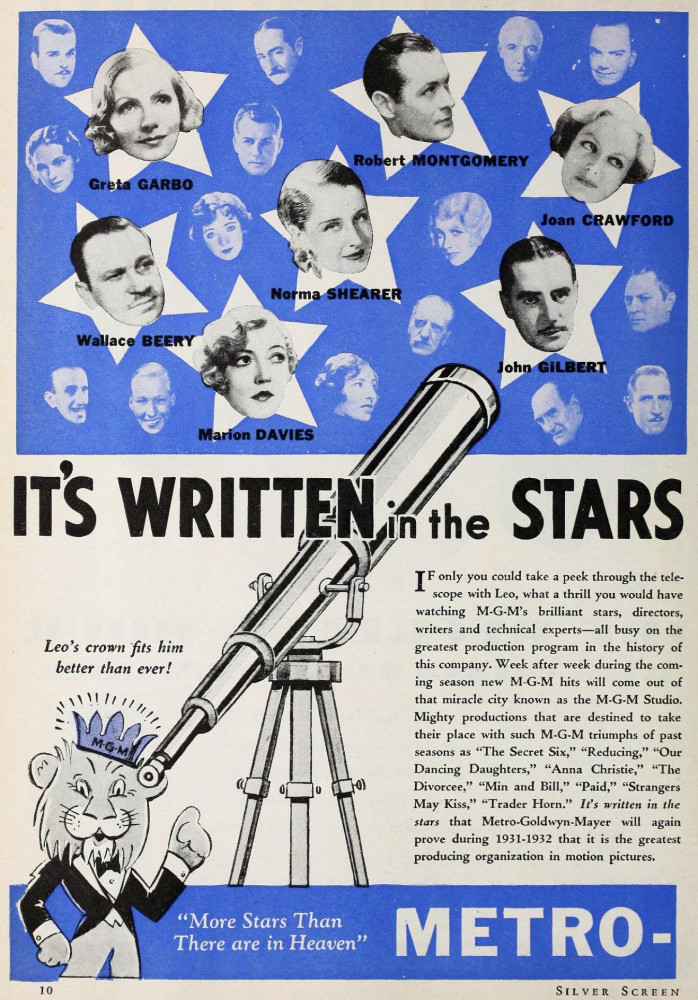 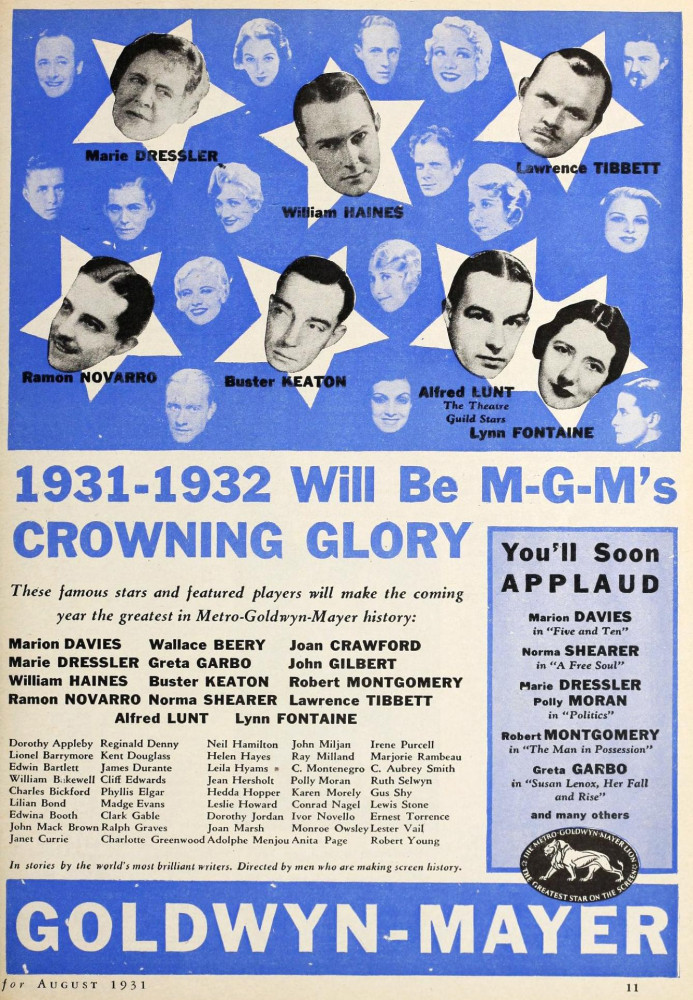 RKO also did a general ad, focusing on stories rather than stars: 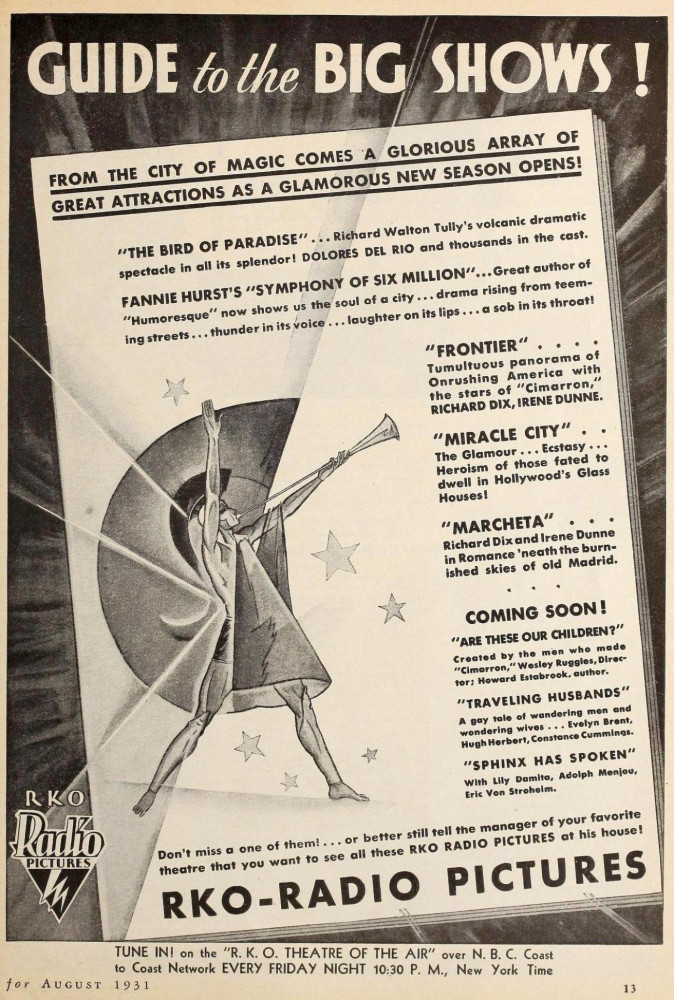 Even Lombard's old employer Mack Sennett, now affiliated with Educational Pictures, got into the act: Andy Clyde later moved to Columbia and made many comedy shorts into the 1950s, though they never received the later TV exposure that the Three Stooges did.
Collapse