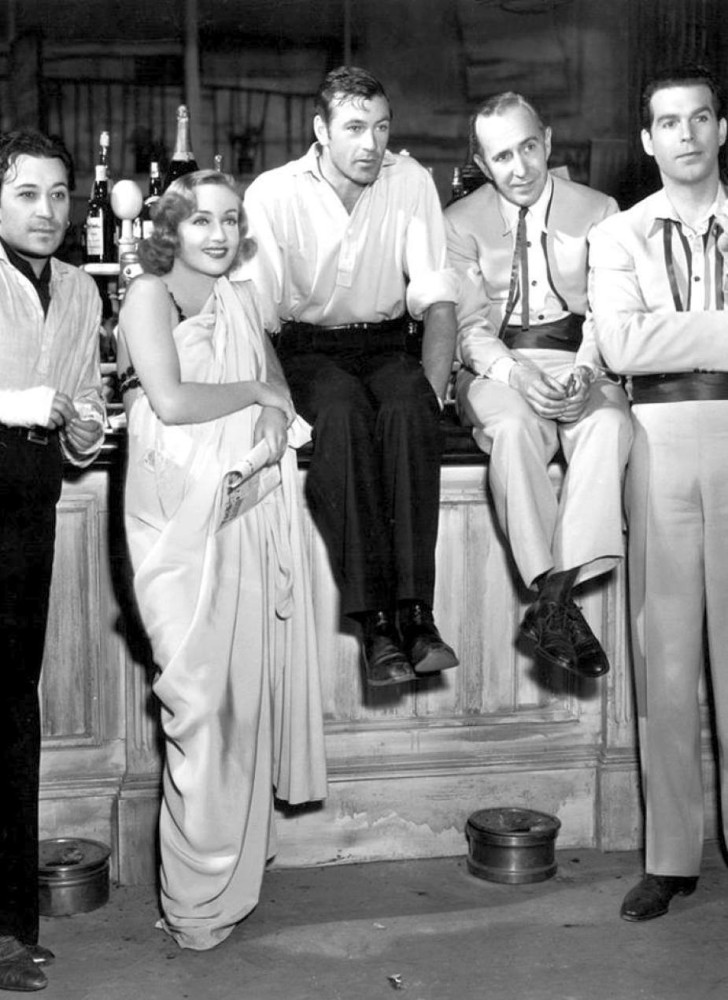 We know Carole Lombard had many friends in Hollywood; this picture shows her with four of them, all of whom worked with her at one time or another. From left with Carole are George Raft, Gary Cooper, Charles Butterworth and Fred MacMurray. The photo was taken on the set of "Souls At Sea," starring Raft and Cooper and released in 1937 -- the same year Lombard, MacMurray and Butterworth appeared in another Paramount film, "Swing High, Swing Low." It's possible both movies were in production simultaneously, but "Souls At Sea" wasn't released until September, roughly half a year after "Swing High, Swing Low."

This rare pic was one of several Carole rarities found by my Facebook friend Tally Haugen, who's also uncovered images of Lombard and Cooper from 1932... 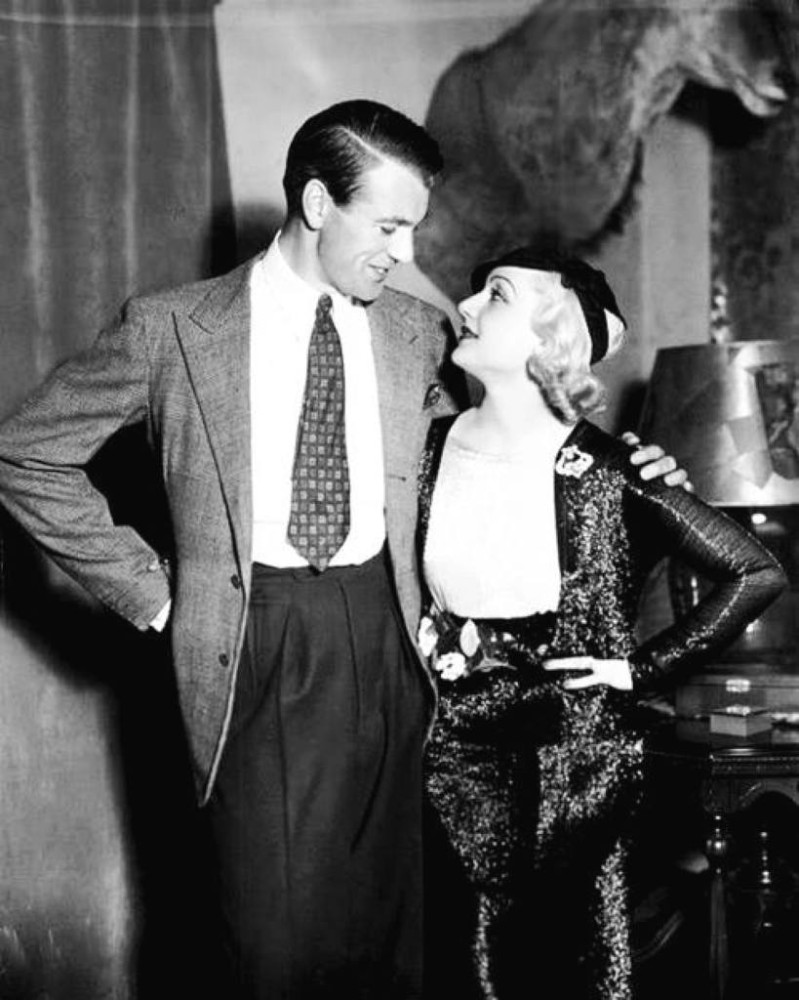 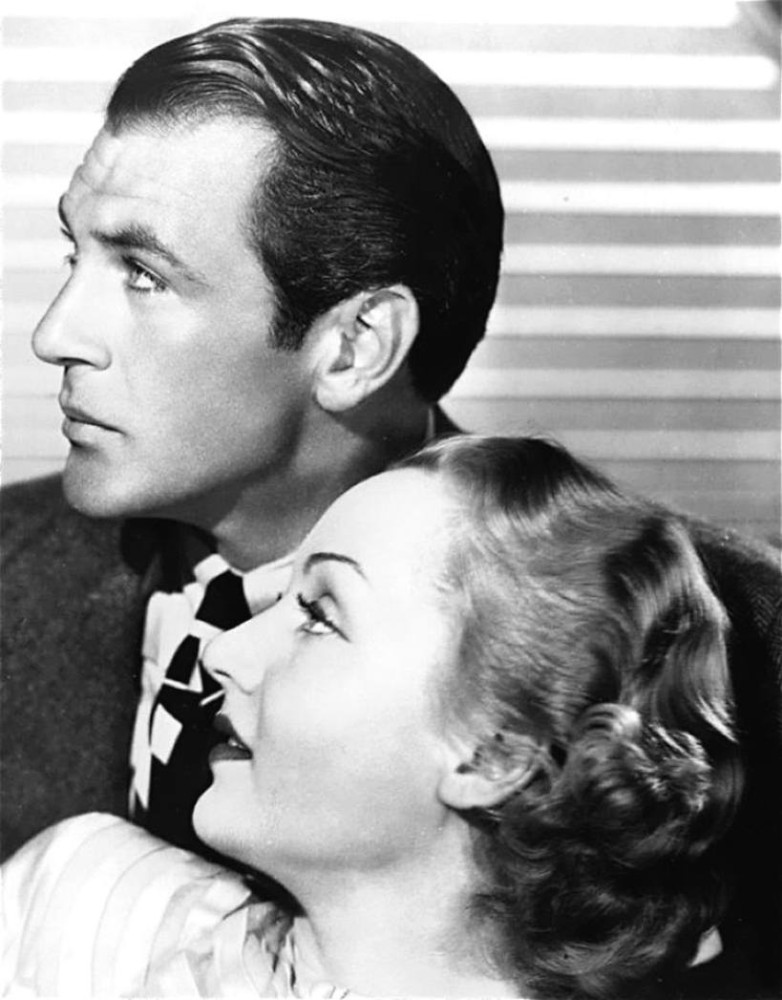 ...as well of one of her with MacMurray to promote 1936's "The Princess Comes Across": 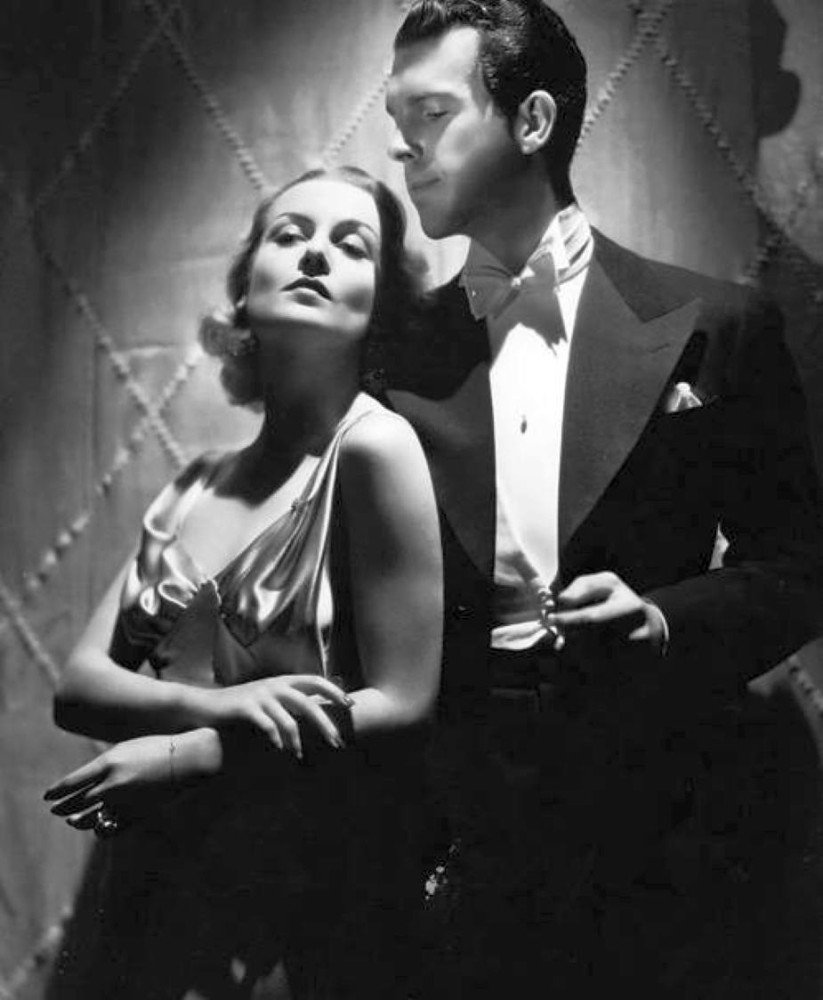 And as a reminder that Carole had many pals who weren't human, here she is with beloved dachshund Commissioner: 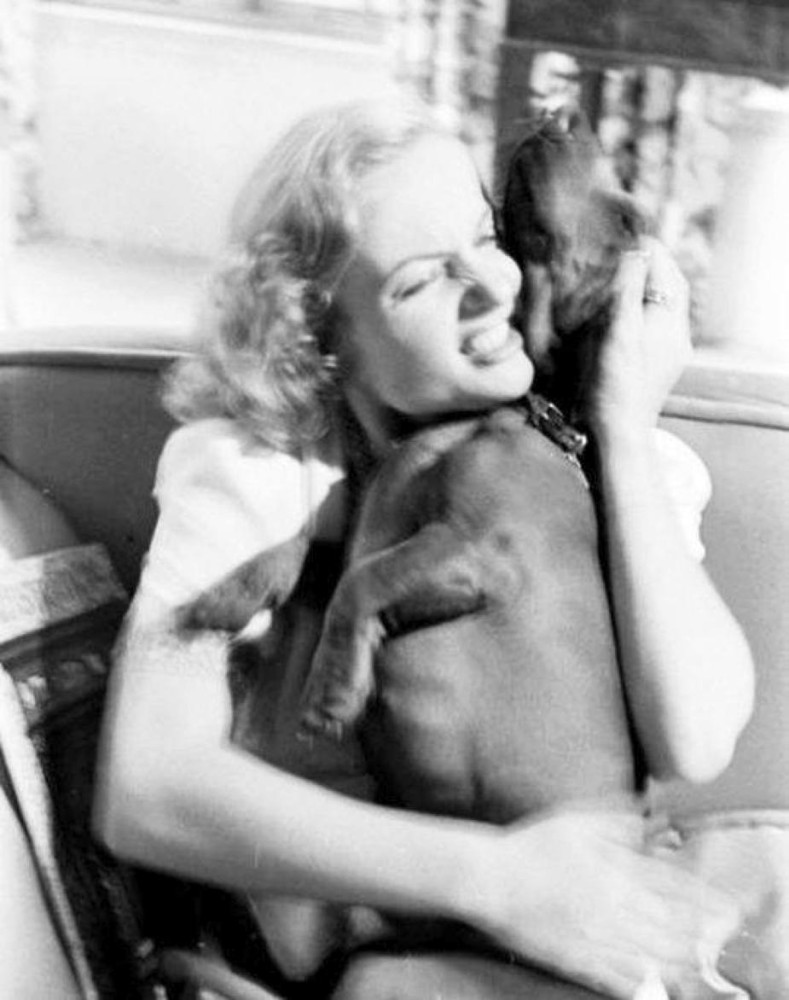 Thanks, Tally, for finding these gems.

"So you think I don't have much in the way of cleavage, do you?" Carole seems to be saying to us. "Well, dammit, feast your eyes on these!" And we do look at her shapely breasts in Paramount p1202-547, our latest Lombard LiveJournal header.
Collapse