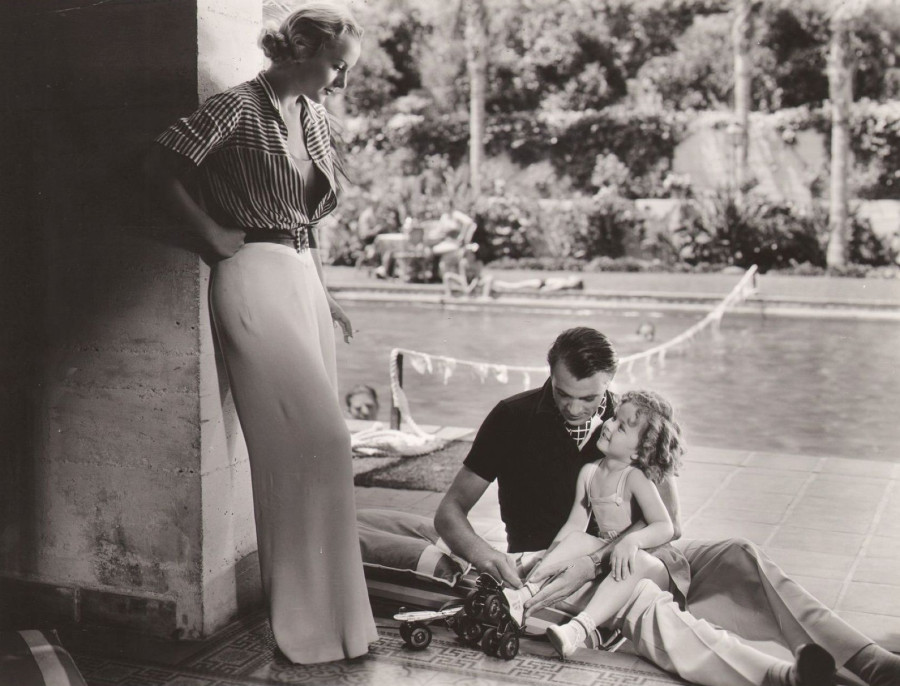 No, nothing about billiards -- this publicity still shows Carole Lombard, Gary Cooper and 6-year-old Shirley Temple in a scene from 1934's "Now And Forever." (Although one would think Carole and Coop trying to explain the intricacies of pool to the precocious Shirley would have had its own sort of charm.)

This original, rarely seen silver-gelatin image measures 8" x 10" and is in very fine condition, according to the seller. Here it is in full: 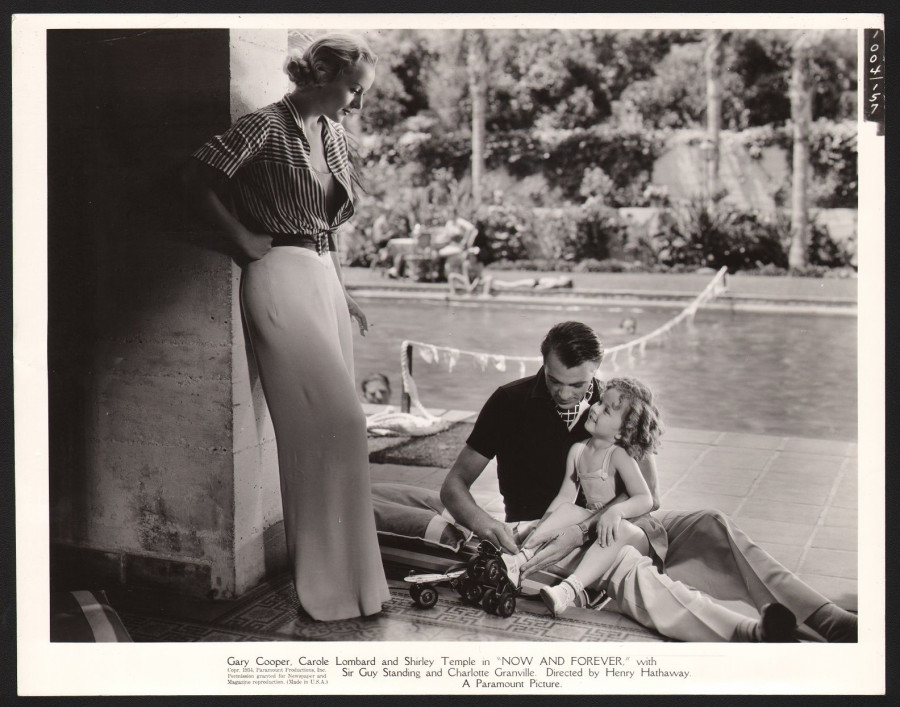 The seller has another vintage Lombard image available, one we noted about two months ago, showing Carole with Chester Morris in another 1934 film, MGM's "The Gay Bride": 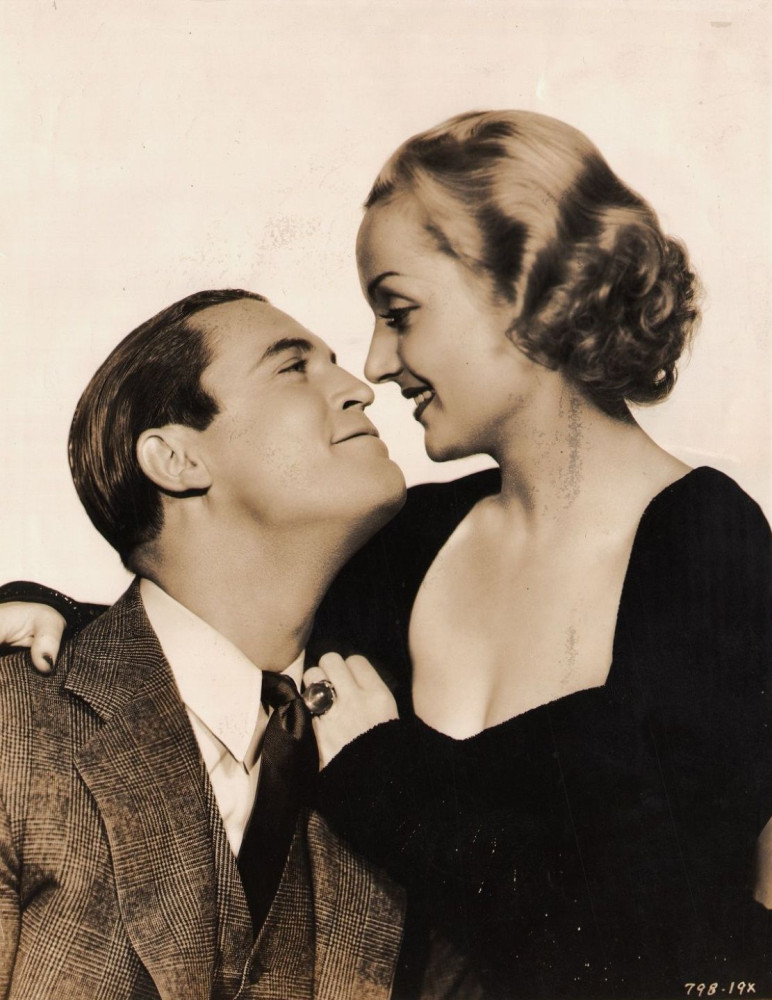