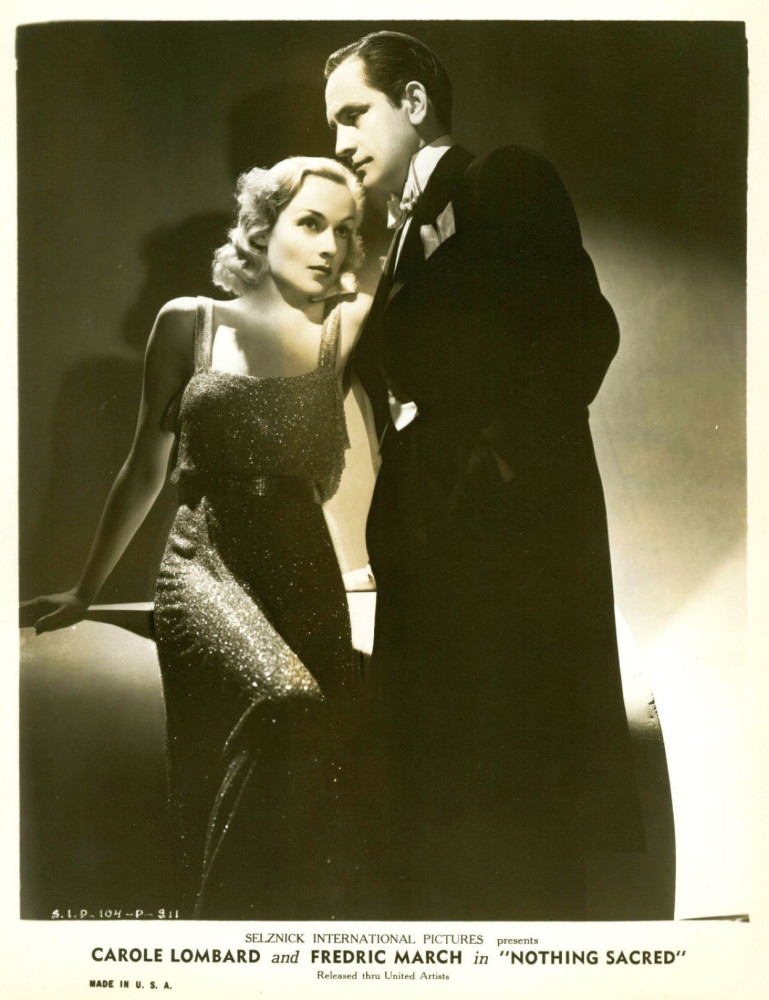 Carole Lombard and Fredric March posed for several stills in character for the 1937 Selznick International comedy "Nothing Sacred"; this was one of them, and as we can tell from the information in the bottom of the photo, this was "made in U.S.A." We further know it's vintage and original (and in Technicolor!) from the snipe on the back:

It's an attractive pose, one I've never seen before, picturing Lombard's Hazel Flagg at her most elegant (and pensive), as March's Wally Cook provides emotional support while contemplating his next move.