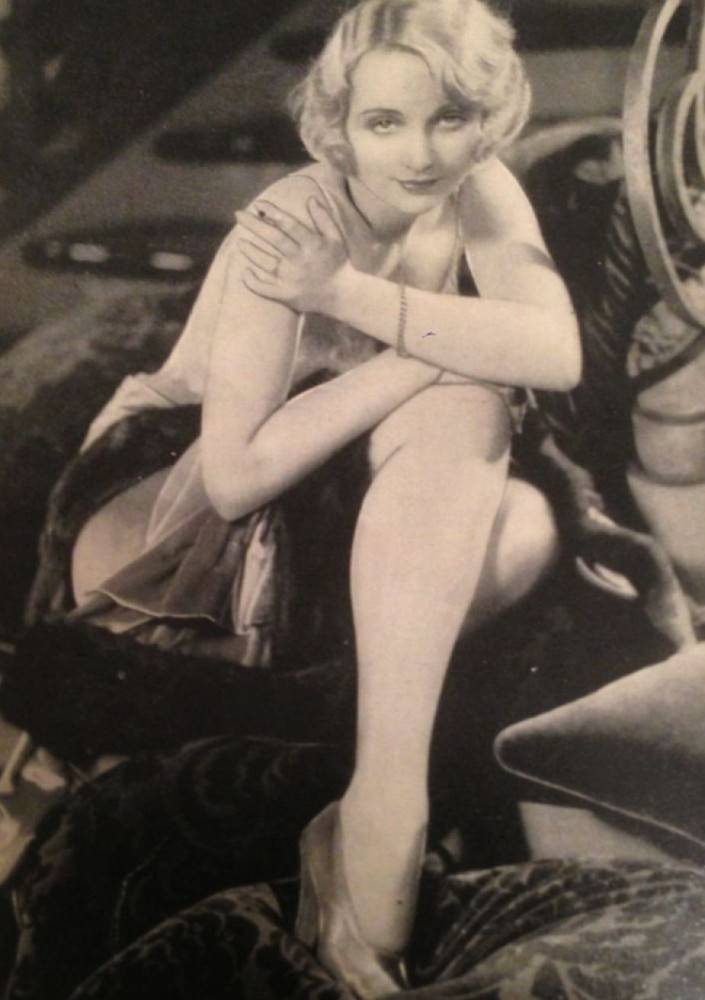 Most of you probably have never seen that image of Carole Lombard before; from her hairstyle and the amount of skin shown, it appears to be from her Pathe period of the late 1920s, most likely taken by chief photographer William E. Thomas. Another glance at the photo provides additional information... 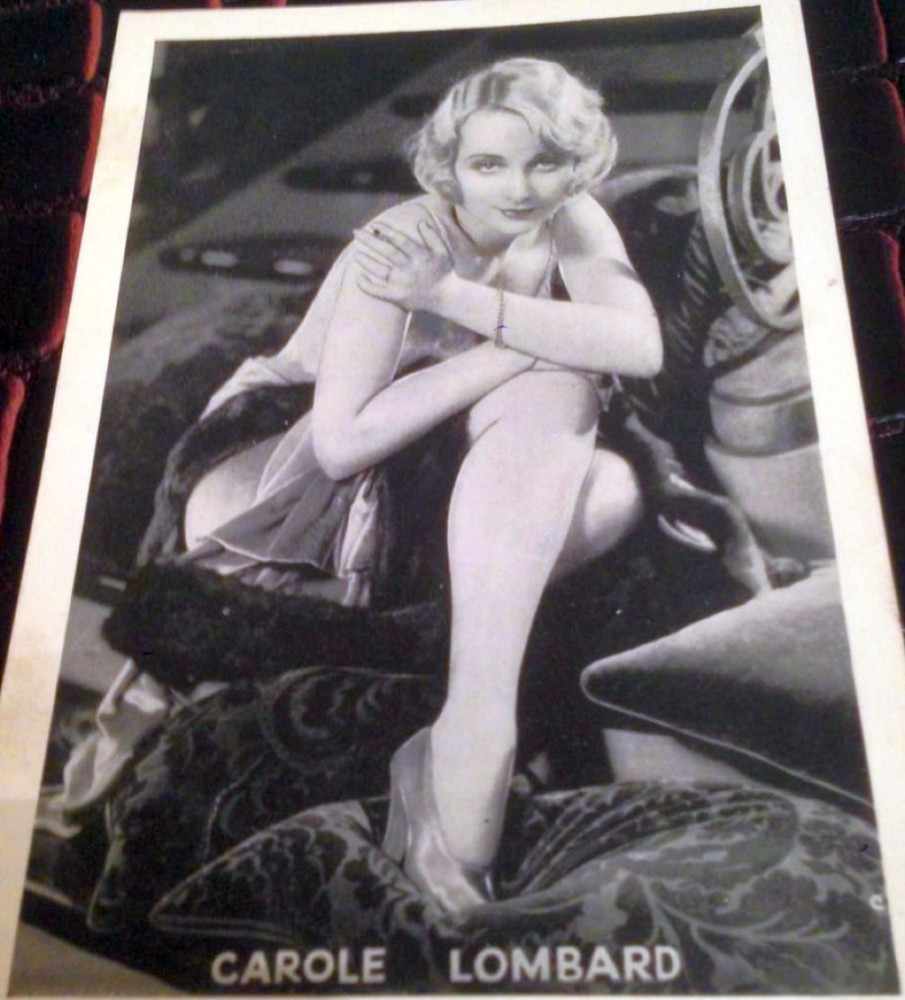 From the font spelling out "CAROLE LOMBARD," the pic appears to be of British origin, and indeed it is -- a card from the UK measuring 5" x 7". While the image is from the late '20s, the photo probably was issued in the early 1930s, since the Pathe-era Lombard was labeled "Carol."