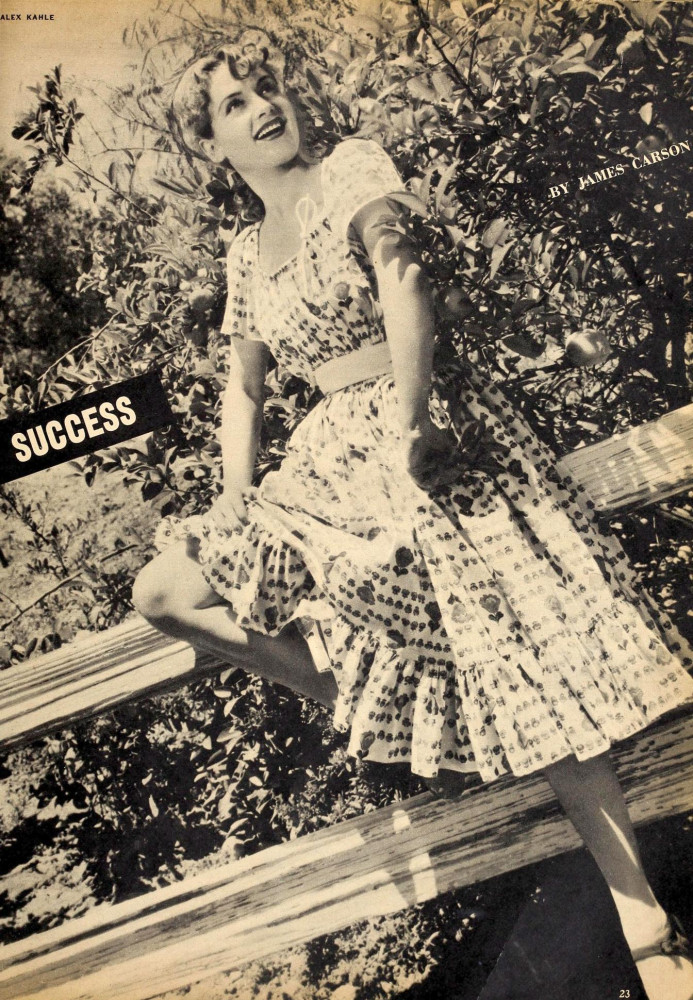 And by "do it," we're referring to Carole Lombard's acting prowess, something that in 1940 often was ignored while the press instead focused on her status as Mrs. Clark Gable number three. But see that word "Success," roughly belt-high to her while she poses for a promotional still from "They Knew What They Wanted"? That's the angle, in acting terms, Modern Screen decided to explore in its October issue. (The first four words of the headline are "The Secret Of Lombard's.")

And we're glad they did, because it provides a rarely seen insight into what made Carole the actress tick, from several people who knew Lombard well. (Some of this is indistinguishable from Carole the off-screen personality, but there are some subtle differences, too.) Save for an anecdote near the end, Lombard herself isn't quoted here, which is just as well; her ability to act wasn't something she could readily explain (just as many of baseball's greatest hitters aren't always able to analyze what makes them succeed).

So here's a story that explains the whys and wherefores of Carole Lombard, actress. Enjoy these comments from some of Carole's closest associates. 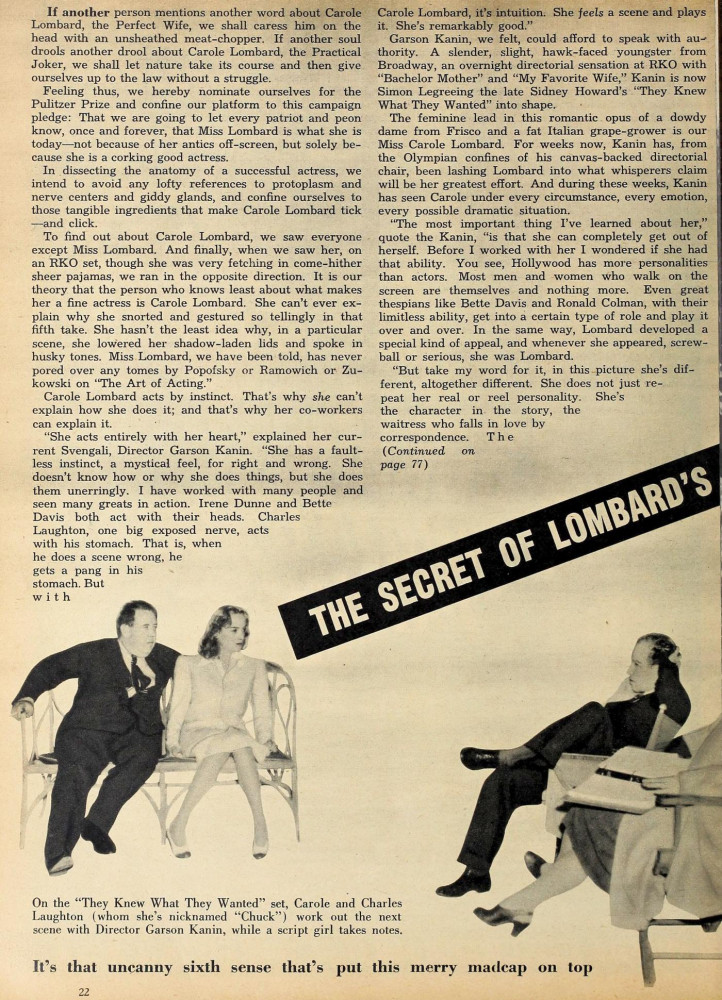 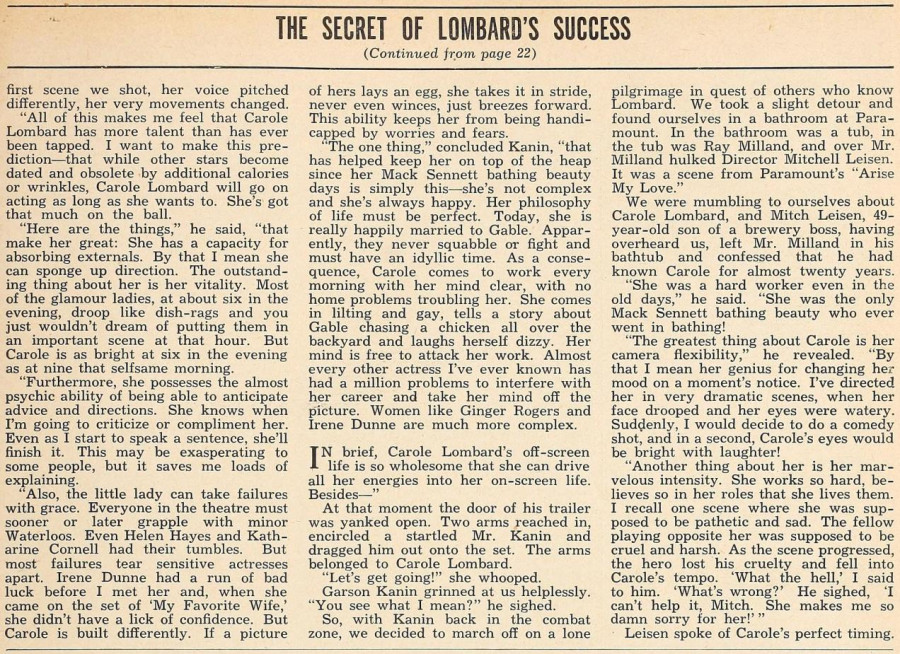 Directors Garson Kanin, Mitchell Leisen and George Stevens; cinematographer Harry Stradling; and still photographer Fred Nendrickson are among those in the story who vouch for Lombard's acting talent. Good piece, isn't it?

Carole was found elsewhere in the issue, such as in this Lux soap ad: 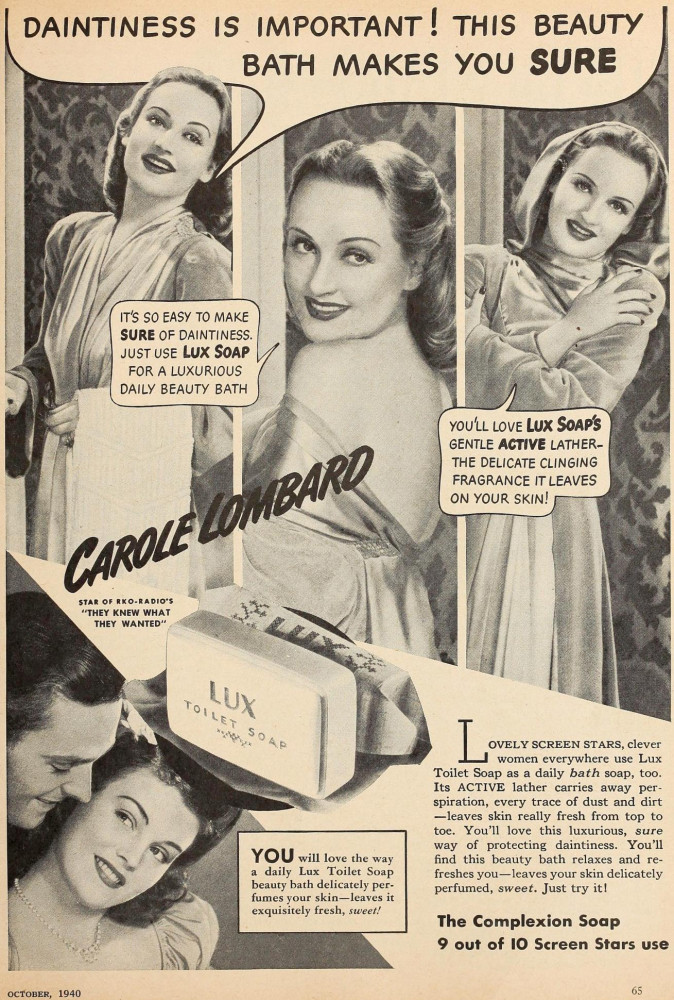 And on the homefront, some Gable and Lombard anecdotes: 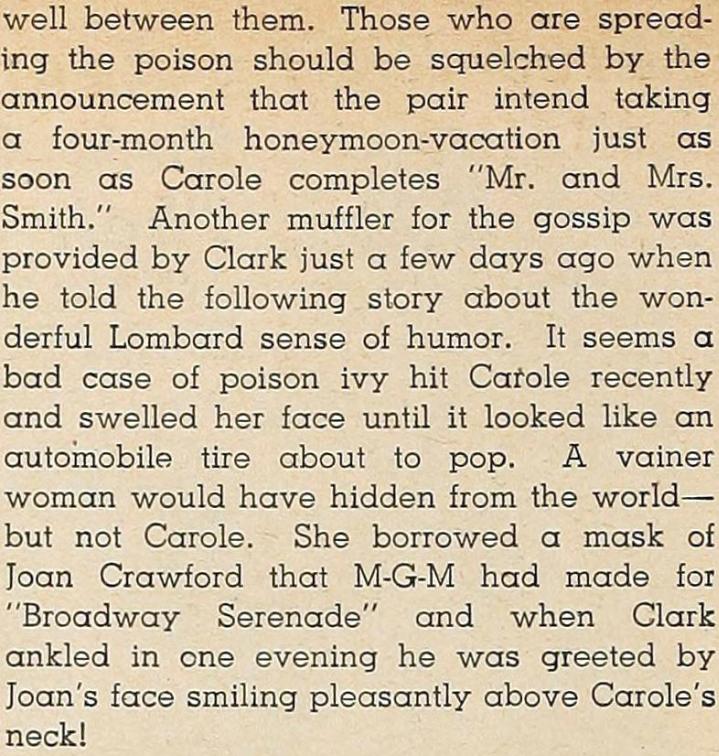 Joan Crawford never made a film titled "Broadway Serenade"; could any Crawford fan know what film the magazine is referring to? 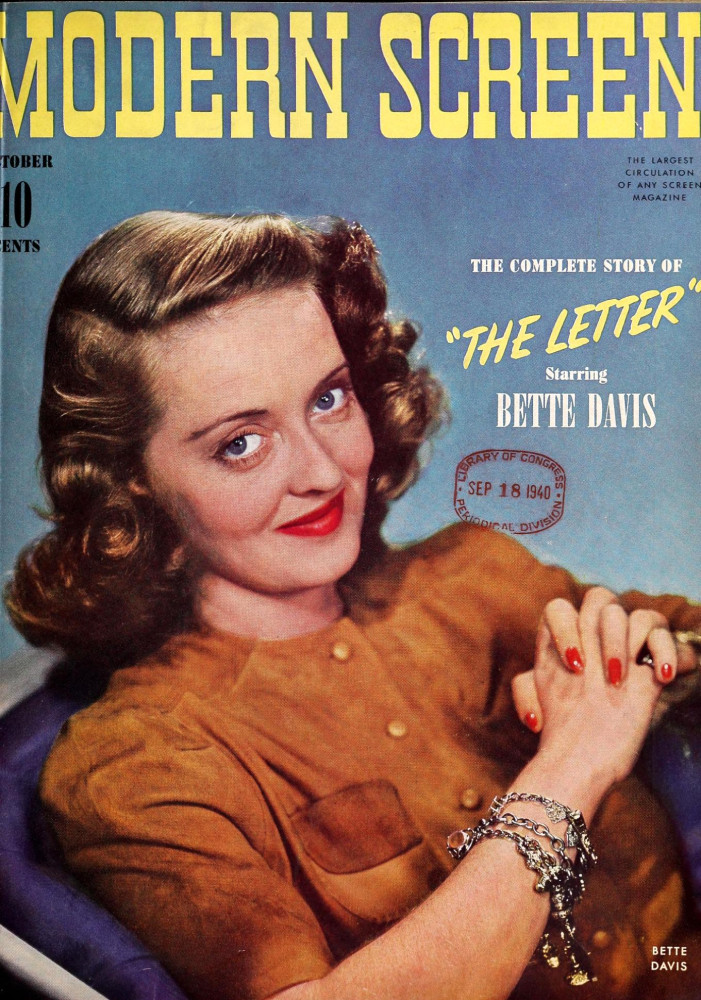 ...while one of the highlights inside is a delightful profile of one of the few non-stars in the industry known by most casual fans, that most independent and misquoted of moguls, the one and only Samuel Goldwyn: 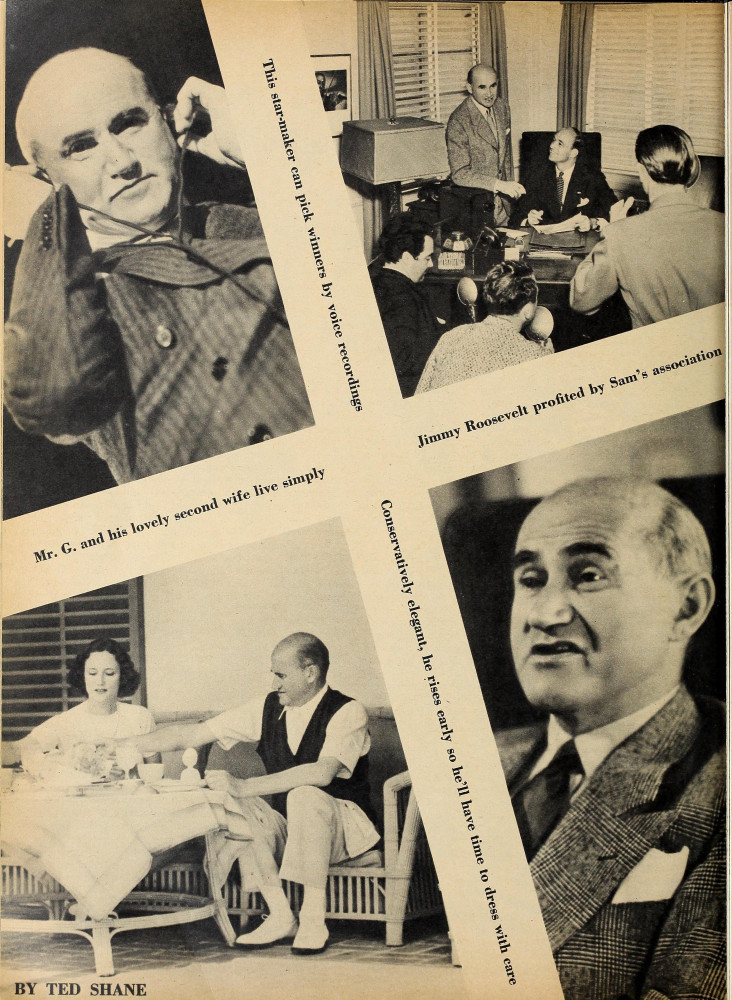 And wouldn't you know it -- the first film ad in that issue was for Goldwyn's latest film, "The Westerner": 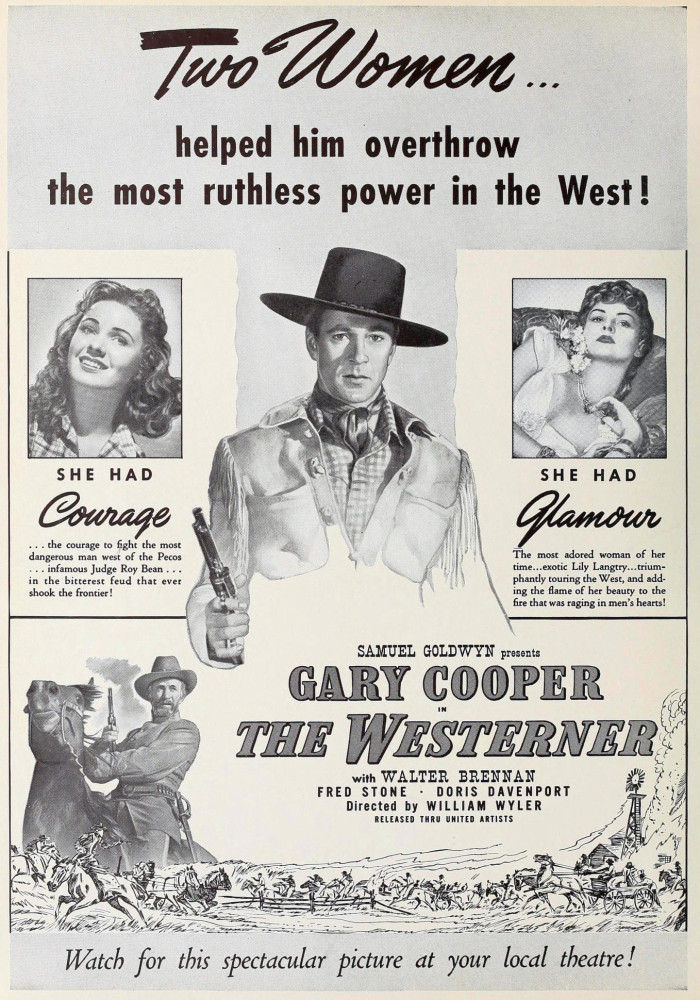 There also were ads for MGM's "Strike Up The Band"... 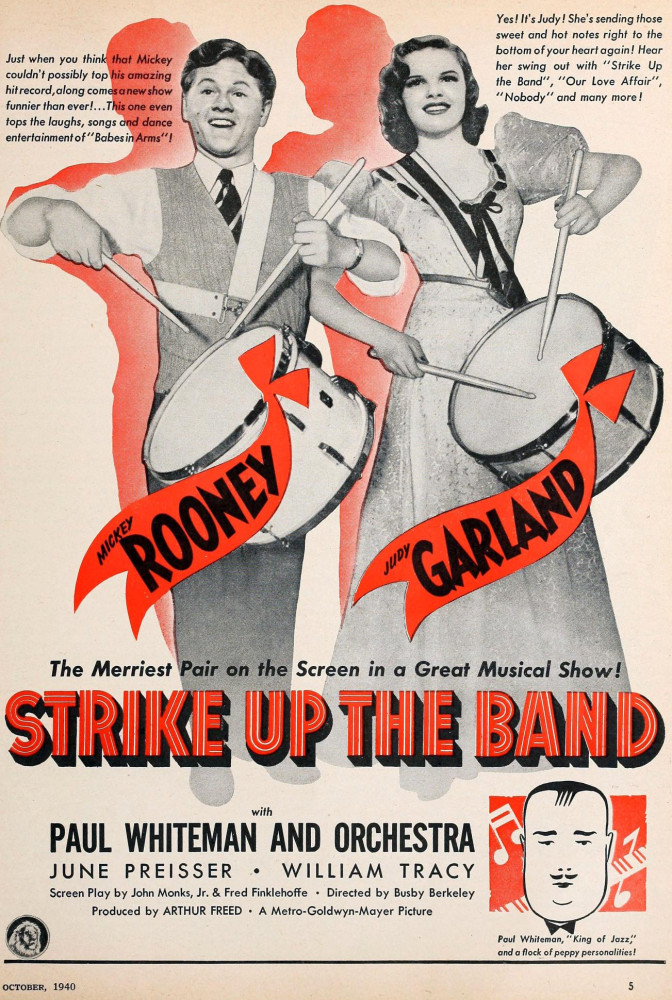 ...Columbia's "The Howards Of Virginia," which many deem among the least of Cary Grant's starring vehicles... 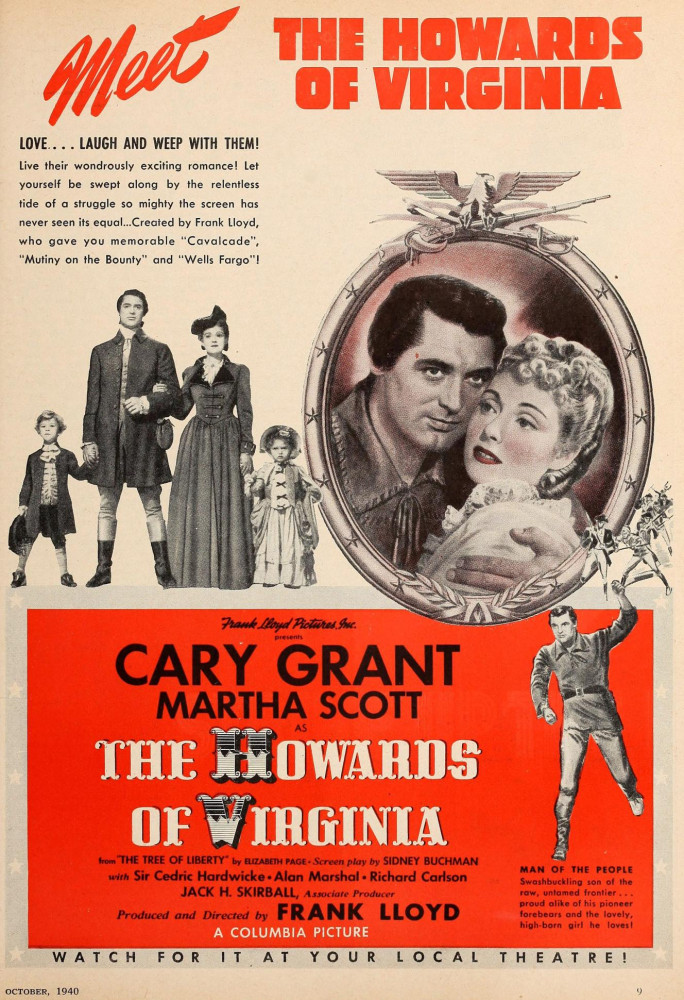 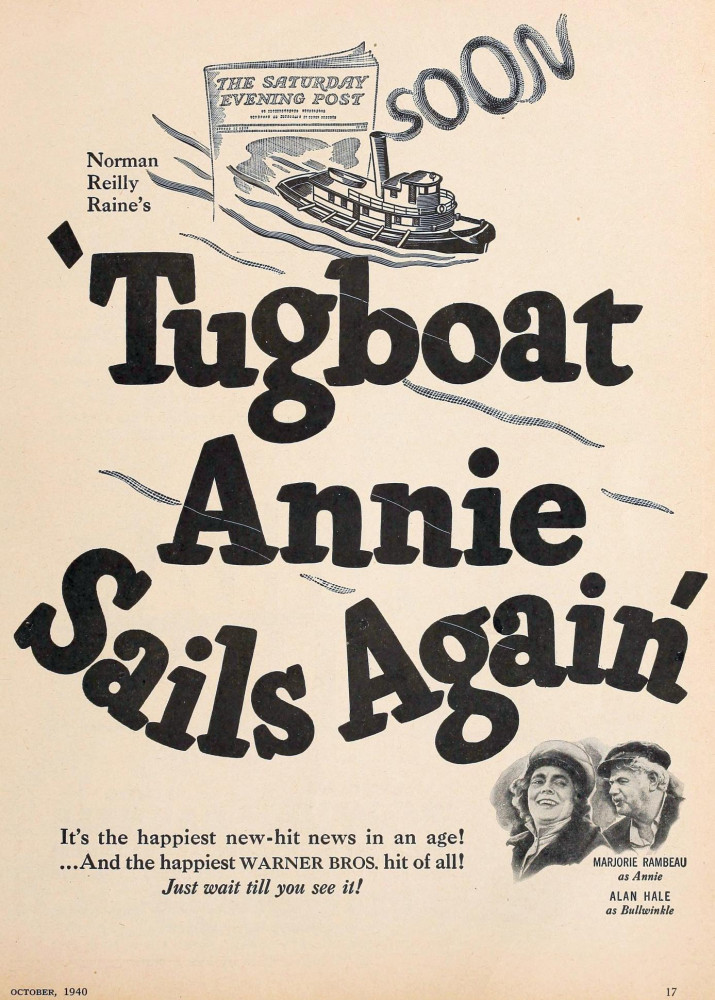 ...Twentieth Century-Fox's "Brigham Young," where Darryl F. Zanuck tried to shoehorn the story of the Mormon leader into a routine western adventure tale, soft-pedaling polygamy and such (it also was marketed with the title "Brigham Young -- Frontiersman")... ...and Universal's latest from its meal ticket, Deanna Durbin: