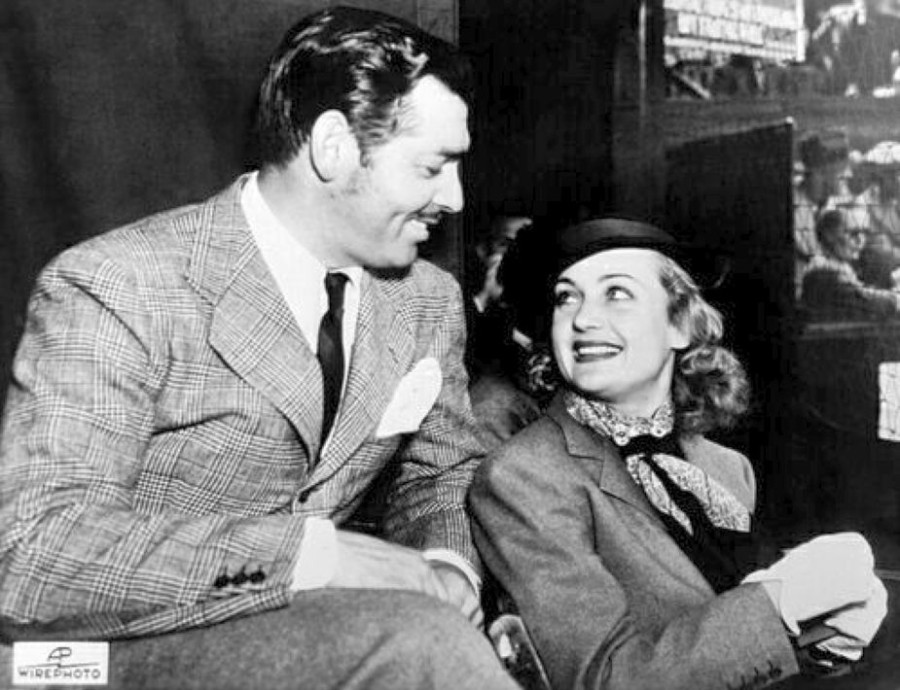 The year 1939 was winding down, and Carole Lombard -- nearing the nine-month anniversary of her marriage to Clark Gable -- decided to present him with a special gift for Christmas. The result? This loving cup: 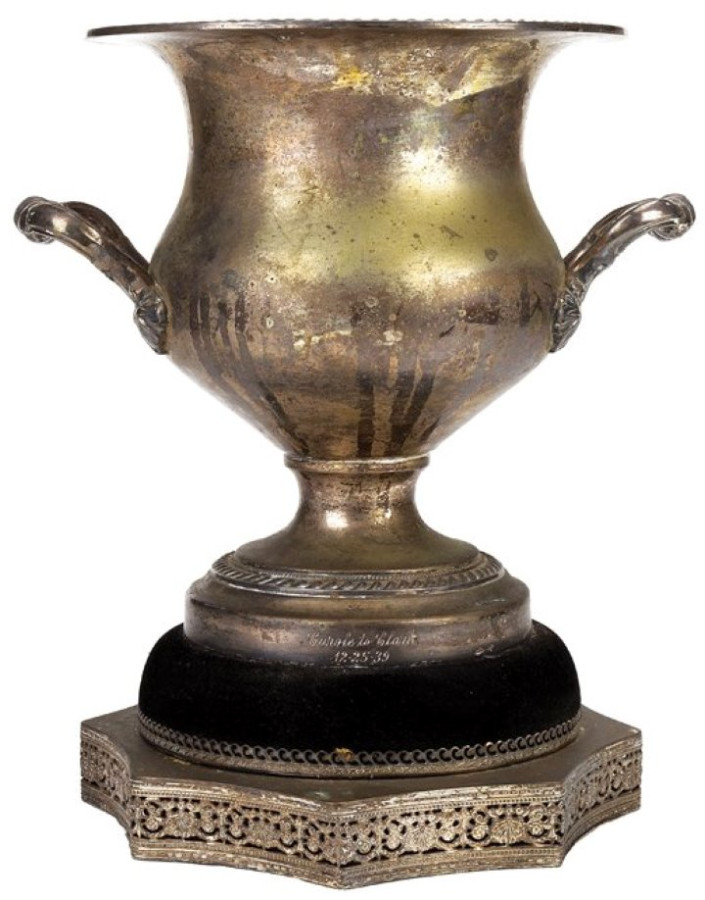 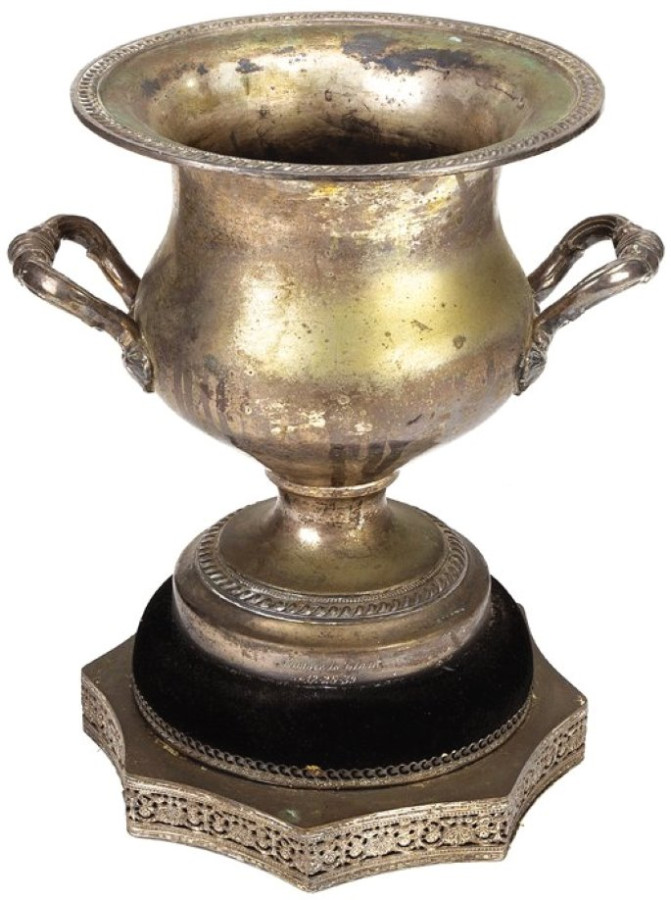 Oh, and just so Clark wouldn't forget who it came from: 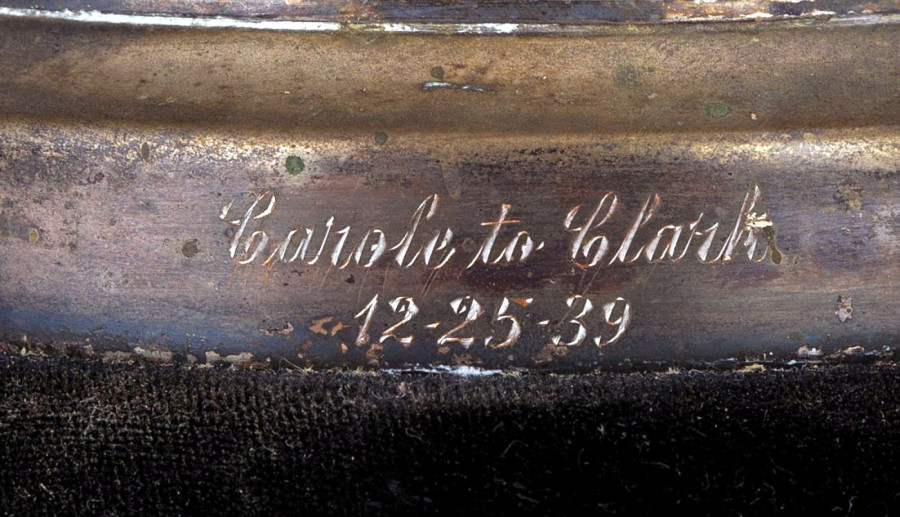 The silver cup (including a octagonal base added later on) measures about 10" x 11"; it's in very good condition. It's valued between $400 and $600, and is among three Lombard-related items available at Profiles in History's Hollywood Auction 65. Other items include a 1940-41 RKO yearbook, with a portrait of Carole promoting "Mr. & Mrs. Smith": 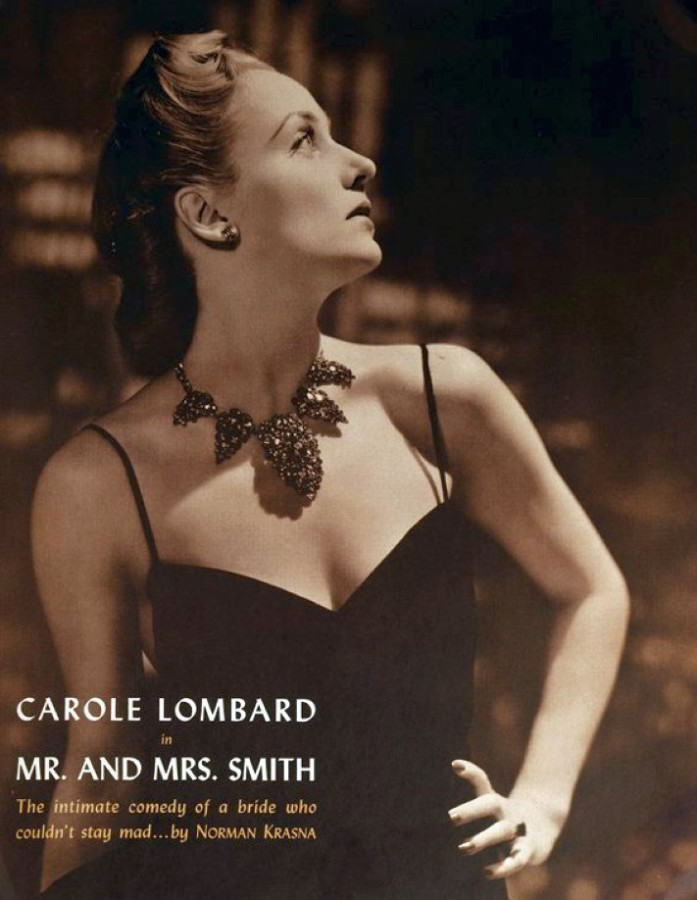 Of course, the big selling point to this book... 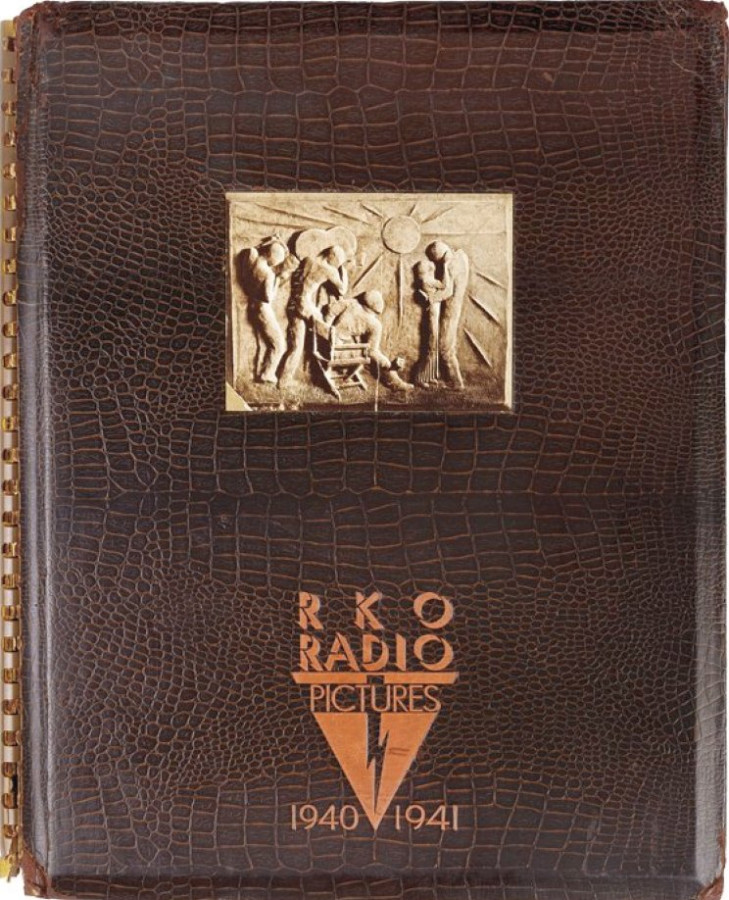 ...is the presence of one Orson Welles and his "John Citizen, U.S.A." (we all know Welles kept the "Citizen," but added all sorts of other controversies)... 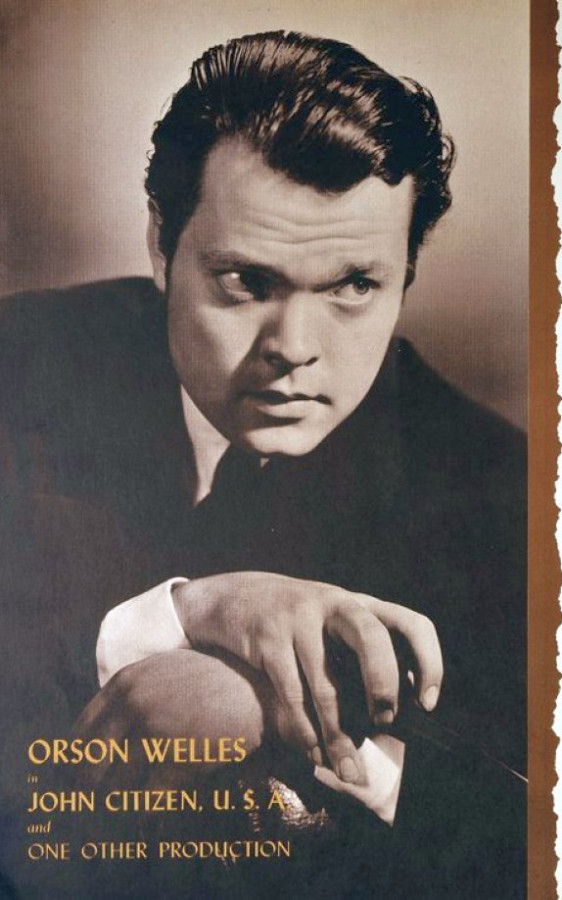 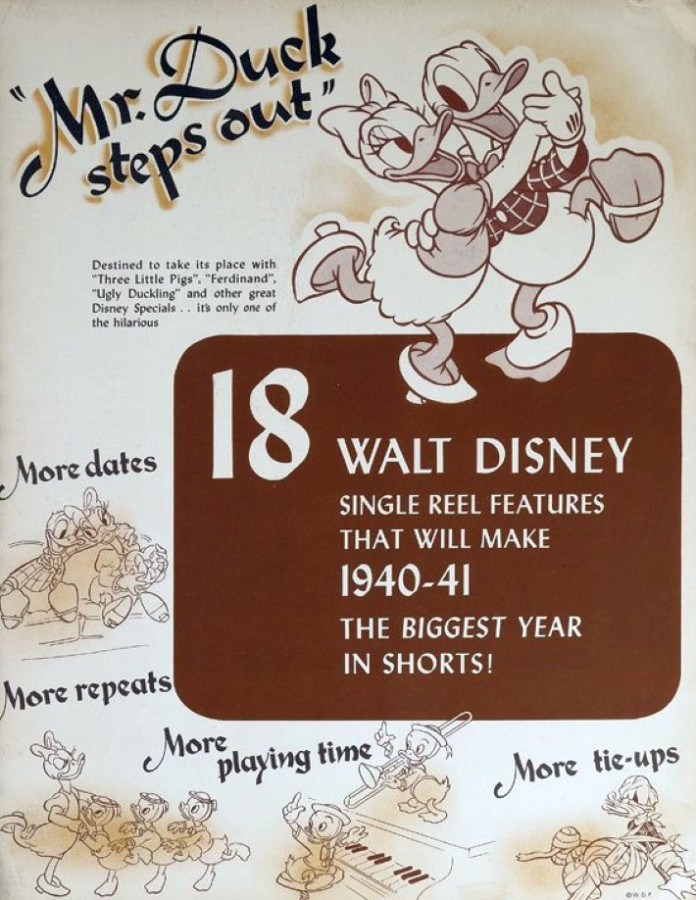 Finally, MGM publicist William R. Ferguson had a large collection of "Gone With The Wind" photographs, two of which showed Carole at the Atlanta premiere: 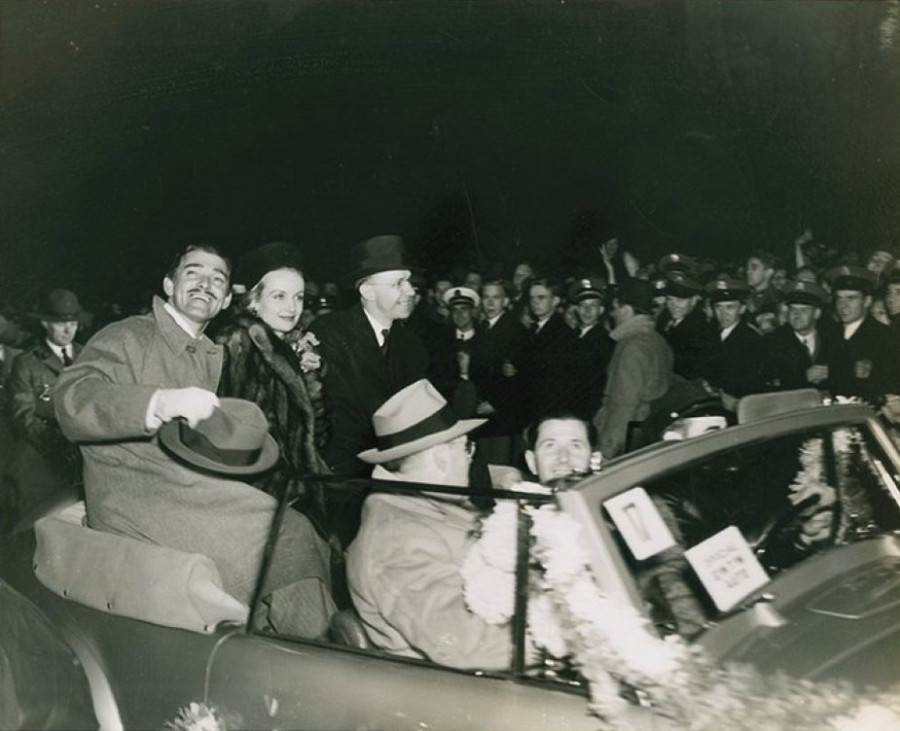 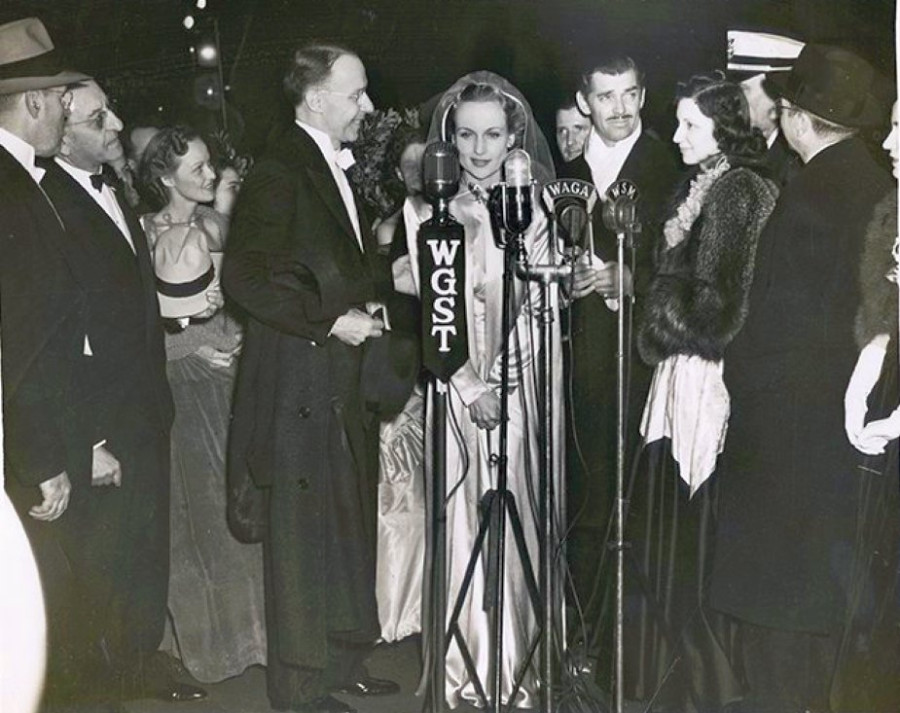 For more on the Lombard items, as well as links to participating in the auction, visit http://www.liveauctioneers.com/search?q=carole+lombard&hasimage=true&by_date=2014-10-18T04%3A40%3A21.985Z.
Collapse