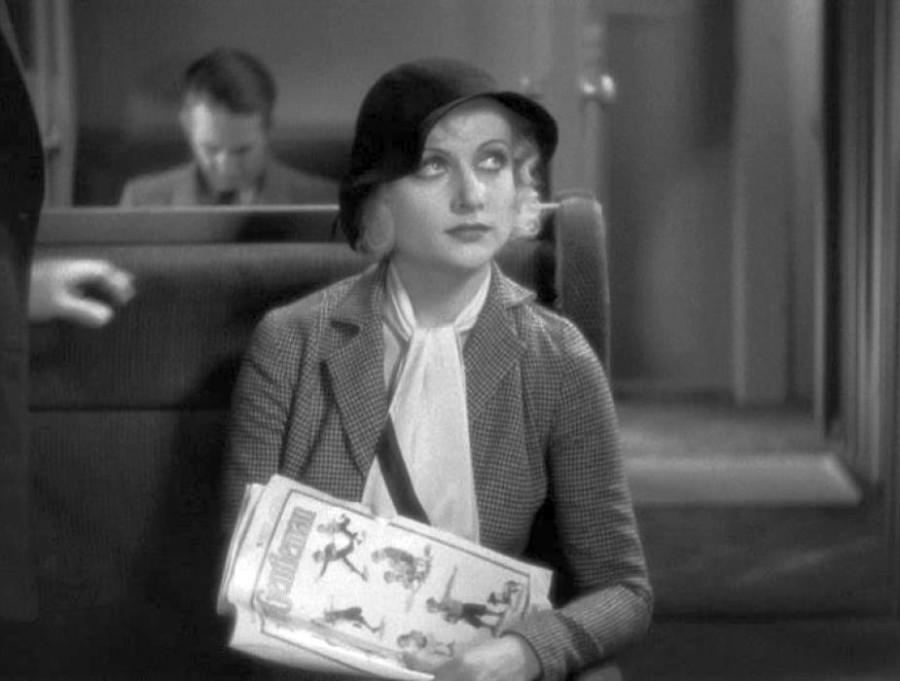 "Virtue" -- Carole Lombard's 1932 film, not the concept itself -- came up the other day in San Francisco Chronicle film critic (and pre-Code maven) Mick LaSalle's Q & A column (http://www.sfchronicle.com/movies/askmicklasalle/article/Ask-Mick-LaSalle-Ben-Stiller-bad-5812536.php). To be specific, here's the exchange:

Hi Mick: I'm writing to point out an instance of fantasy predicting reality. In “Virtue,” Carole Lombard’s 1932 film, someone says, “I must have been a sight,” to which someone replies, “You weren’t no Clark Gable.” A predictor of Lombard and Gable’s marriage?

Hi Ron: Actually, the weirdest thing in that exchange is that it’s a Columbia picture and yet they said something promoting an MGM actor. The fact that they referenced Gable — in the way that Clooney or maybe Brad Pitt might be referenced now — as a universal exemplar of what a guy should like, tells me that Columbia had nobody under contract who fit that description. In 1937, they would address that absence by signing Cary Grant.

This is accurate, to be sure, but could use some elaboration (and given the space constraints of a newspaper column, I'm guessing that wasn't possible in this instance). First of all, the speaker of "I must have been a sight" is Lombard's leading man in the film, Pat O'Brien (as cab driver Jimmy Doyle), who has gone off on a bender after an argument and breaking up with Lombard's character, wife and ex-streetwalker Mae. (I believe the response came from Ward Bond, but that's neither here nor there in this argument.) 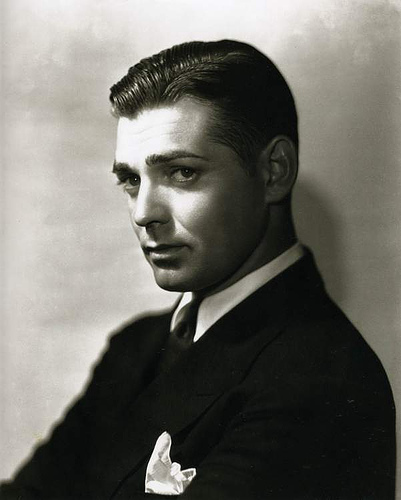 I don't have the production dates for "Virtue," but I know it was released in October 1932, so I'm guessing it was shot during the summer. By then, Gable (above, in a 1932 George Hurrell portrait) had gained renown as a "man's man" of motion pictures; his characters had gained a texture they initially lacked the year before, when he played thugs in the likes of "A Free Soul" (his breakthrough film) and "Night Nurse." (In fact, three months before "Virtue" premiered, Gable hit theaters in an atypical movie, an adaptation of Eugene O'Neill's "Strange Interlude.") 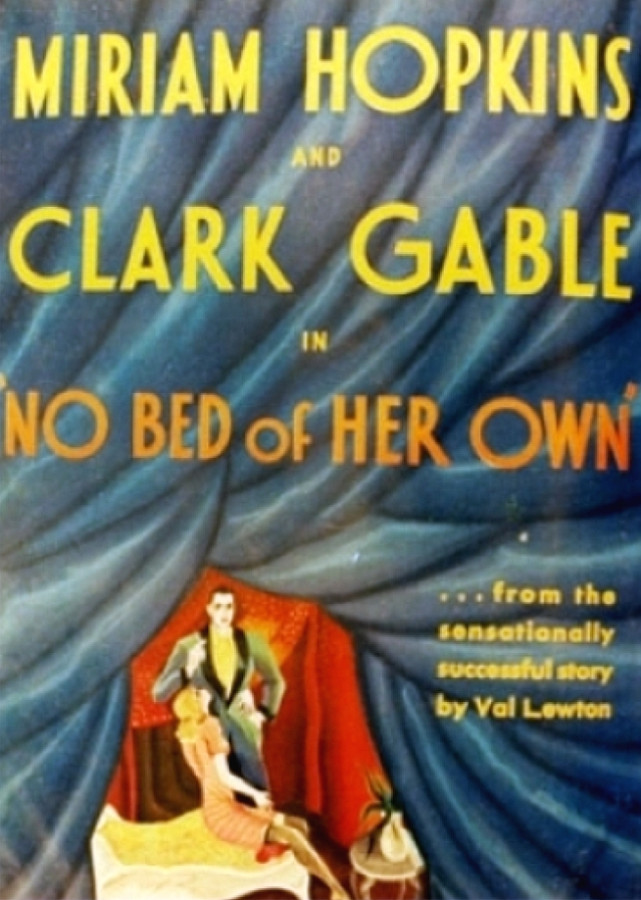 Most Lombard fans know she made one film with Gable, "No Man Of Her Own," which premiered on the next-to-last day of 1932; many also know that she replaced Miriam Hopkins -- who left the production in a dispute over billing -- as Clark's leading lady (see proof above from a trade paper ad of the time). But was this known at the time "Virtue" was in production? Might have this line have been inserted as an in-joke by screenwriter Robert Riskin (himself a later Lombard lover; in fact, her last before Gable)? I'm not sure. (Also note the film initially was to have been known as "No Bed Of Her Own," and the finished product had little, if anything, to do with Val Lewton's story.) 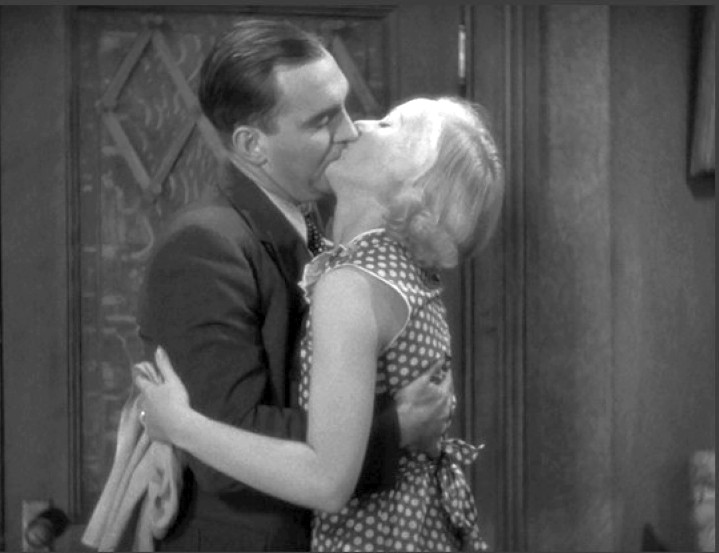 And LaSalle is right; at the time, Columbia didn't have anyone under contract who fit that Gable description -- in fact, since they really didn't have anyone that fit James Cagney's description, they acquired O'Brien, the next best thing, from Warners as the leading man. ("Virtue" has much the same atmosphere as "Taxi!", a Cagney movie which Lombard had turned down a loanout for, only to watch it become a hit in early '32 with Loretta Young as leading lady. In effect, Columbia mogul Harry Cohn was giving Carole a second chance.) And indeed, Columbia wouldn't have a top-tier leading man under contract until Grant left Paramount in 1937. However, thanks to Cohn's policy of acquiring loanouts, he did get Gable before that: 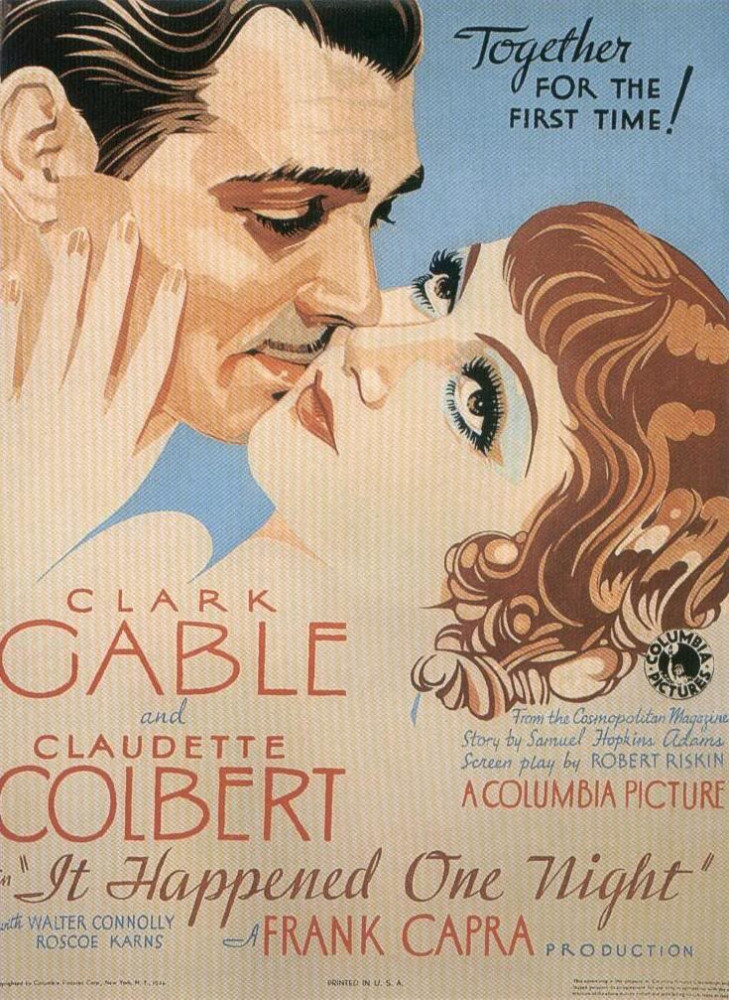 And did he ever -- "It Happened One Night" not only was an unexpected hit, but won Academy Awards in 1934 for best picture, best actor (Gable), best actress (Claudette Colbert), best writing, adaptation (Riskin) and best director (Frank Capra).

Lombard leaves ship for the latest LiveJournal header, returning to her gray (or beige?) outfit for Paramount p1202-536.
Collapse