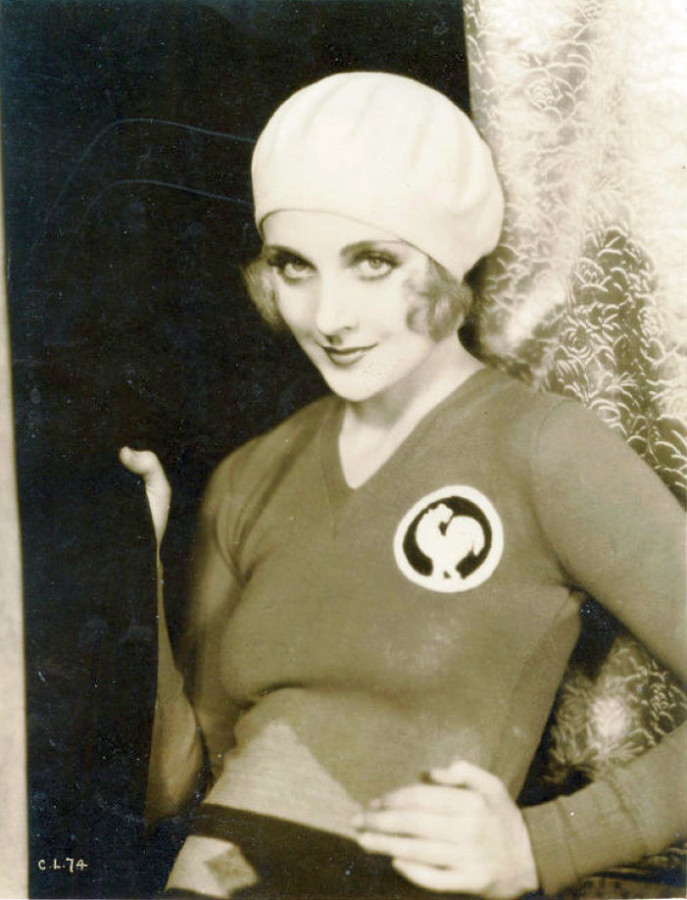 If Carole Lombard is wearing a V-neck sweater with a rooster logo above her left breast, it means that 1) when it was taken, she was known as Carol Lombard, and 2) any Carole & Co. entry that uses it relates to her time at Pathe Pictures in late 1928 and much of '29.

And that's the case here, as we examine a color spread from the July 6, 1929 issue of Exhibitors Herald World announcing Pathe's upcoming productions for 1929 and into 1930.

Some pages of the section promote films of hers that were to come out shortly or later in the year, such as "Big News"... 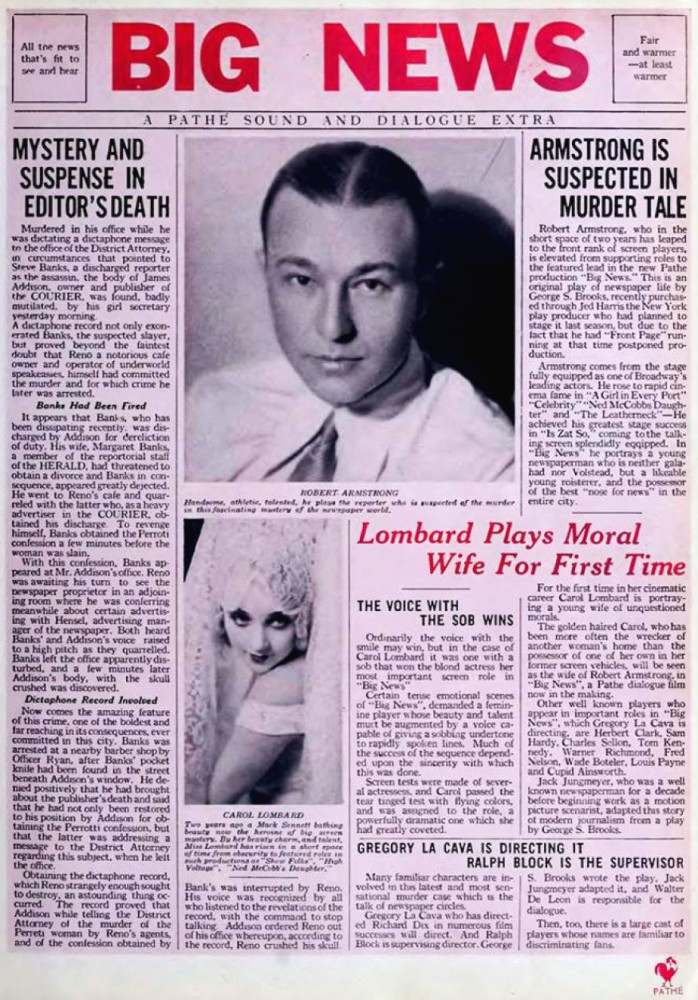 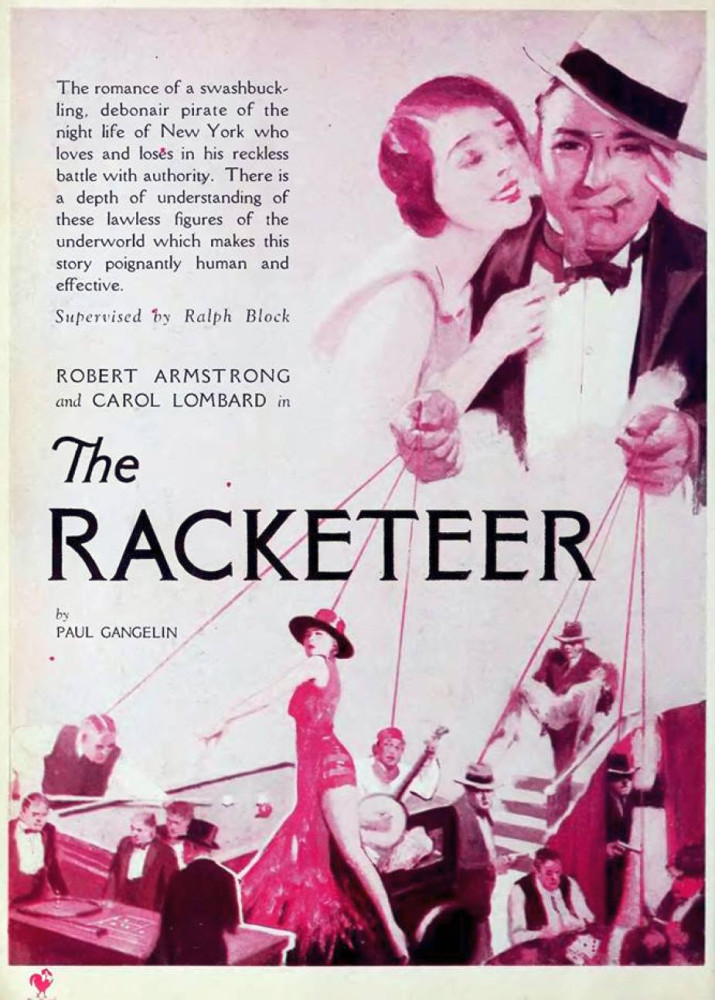 However, others were for films that either Lombard never made or never reached productions -- such as "Parachute" with Robert Armstrong... 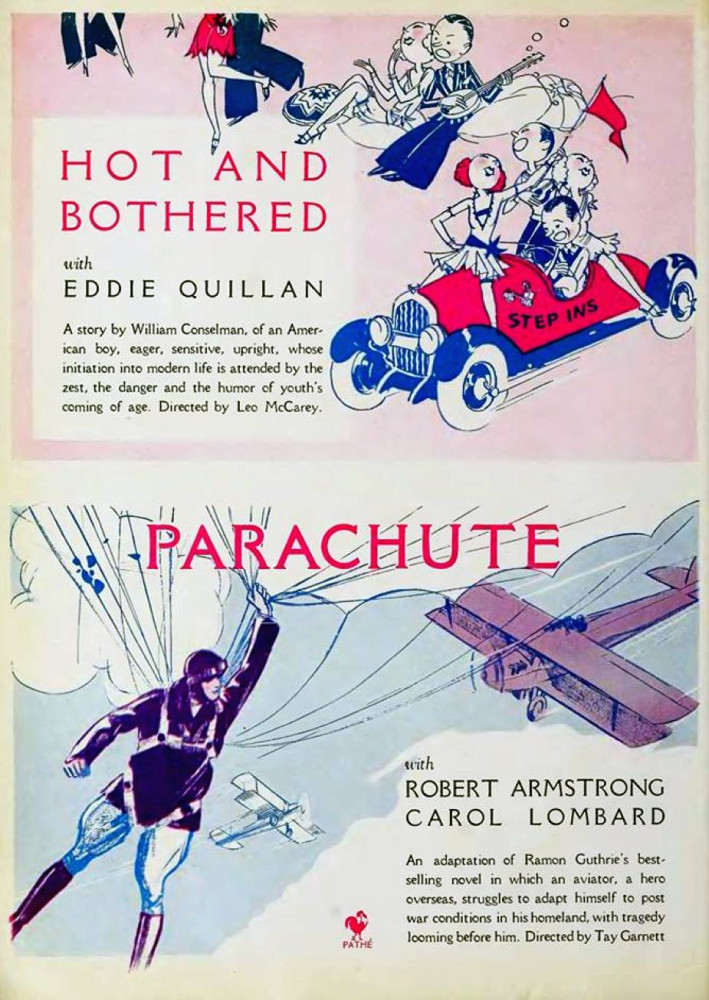 ...or future Hopalong Cassidy William Boyd, who was to have worked with Lombard in something called "Officer O'Brien": 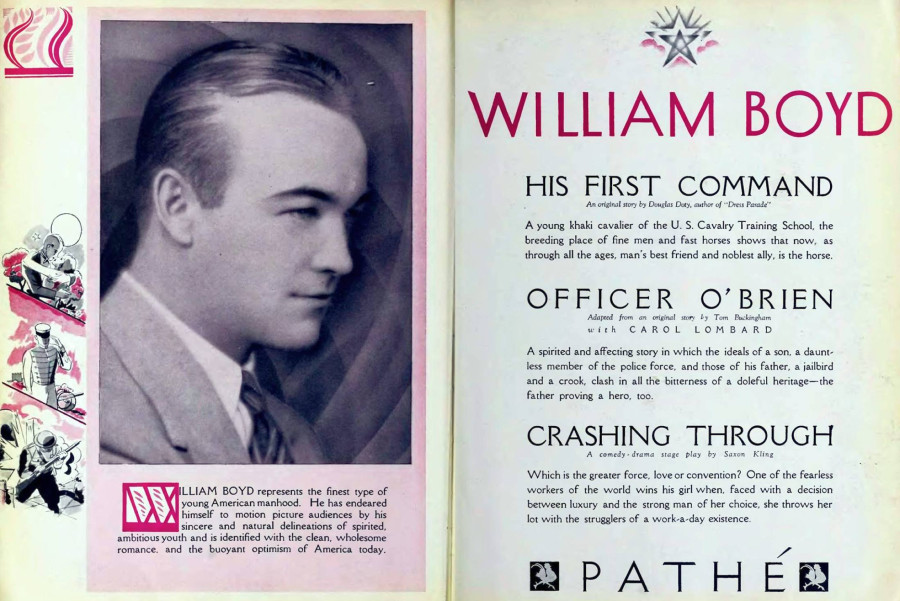 Why didn't she make these films? The answer might be found by perusing this page: 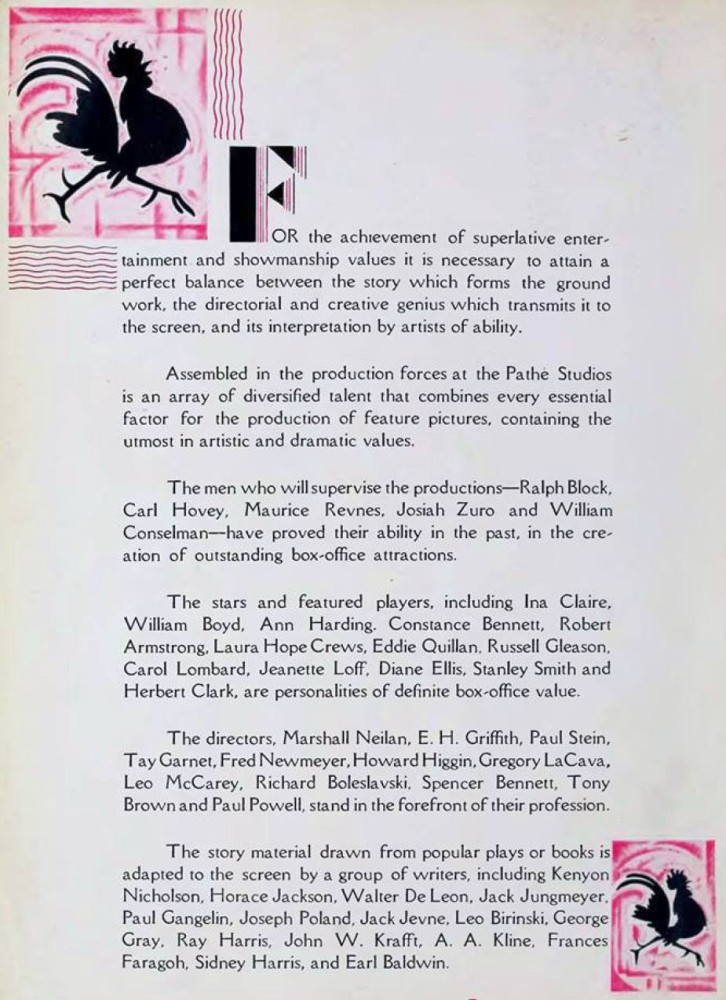 Two lines above the names of Lombard and Diane Ellis is that of Constance Bennett, who Pathe had recently signed amidst much fanfare. But before the year was out, Lombard and Ellis were both ex-Pathe players -- and there's long been conjecture that Bennett ordered the two blondes off the roster because she didn't want competition. Here's what Pathe was planning for Connie: 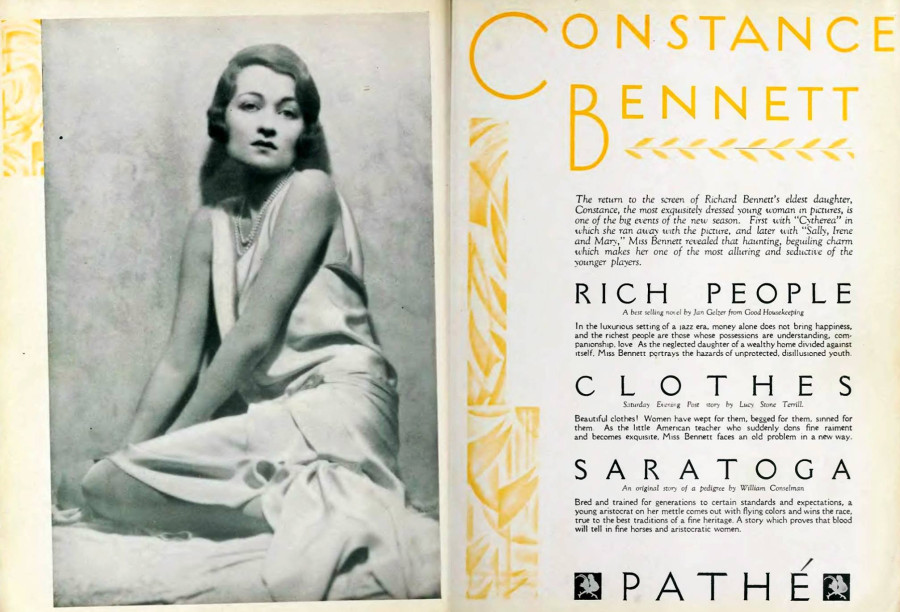 Another blonde at Pathe, one Bennett probably couldn't control, was the distinguished actress Ann Harding, whom the following year would star in the original film version of "Holiday": 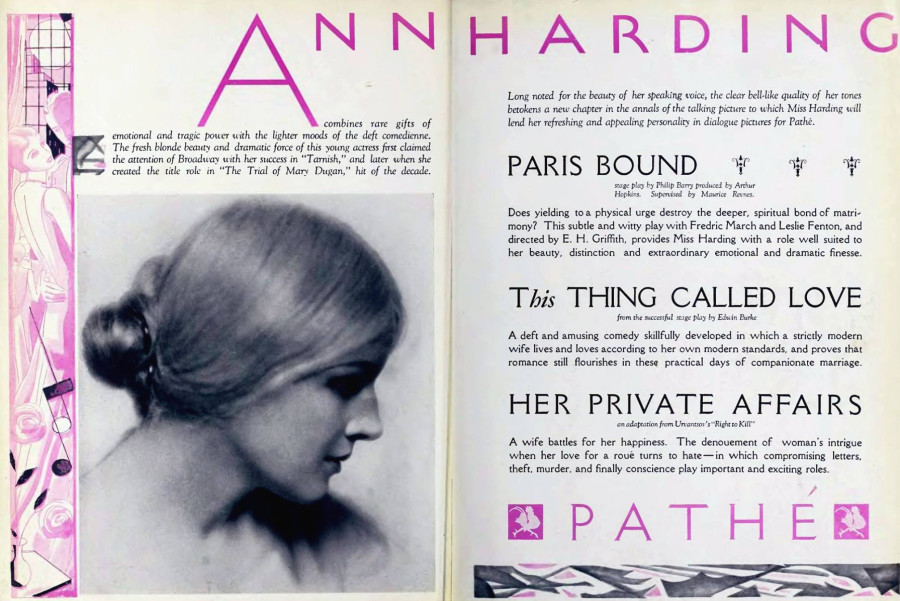 Other ads here show off beautiful spot color in print and planned use of (two-strip) Technicolor on screen: 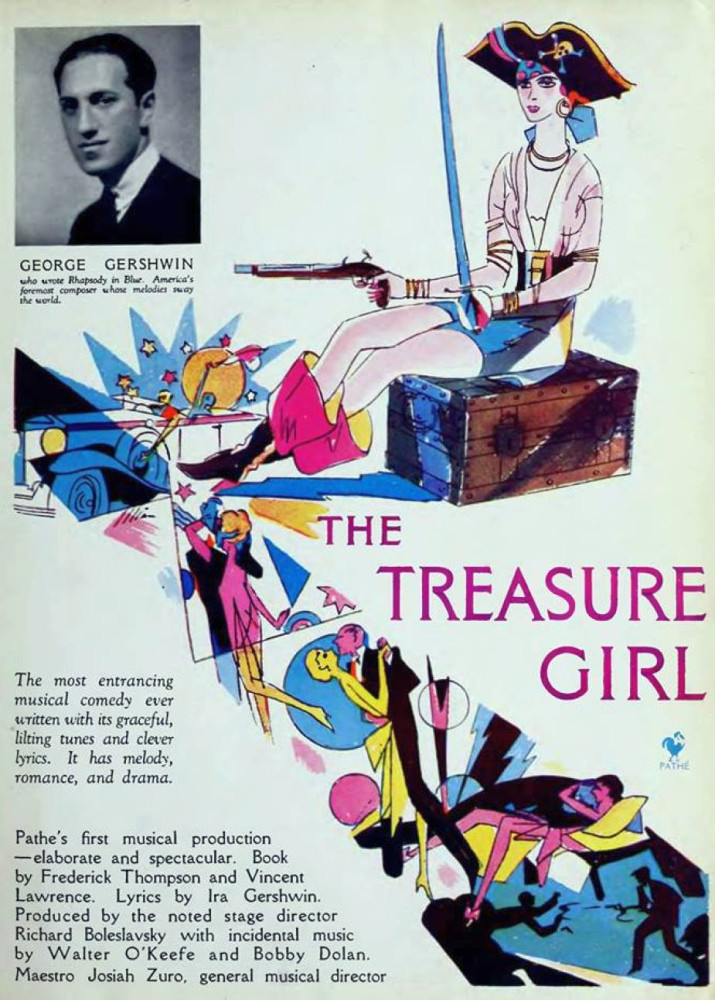 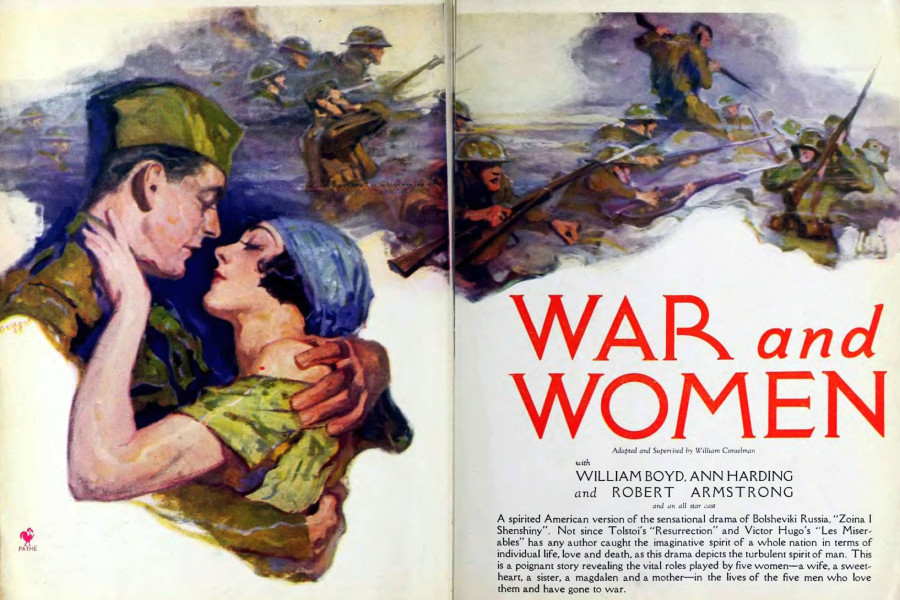 The last movie, "The Painted Desert," wouldn't be made until 1931, and then was shot in black and white. It was, however, among the first films Clark Gable made in that pivotal year.

To see more of this presentation, visit http://archive.org/stream/exhibitorsherald96quig#page/n9/mode/1up.
Collapse