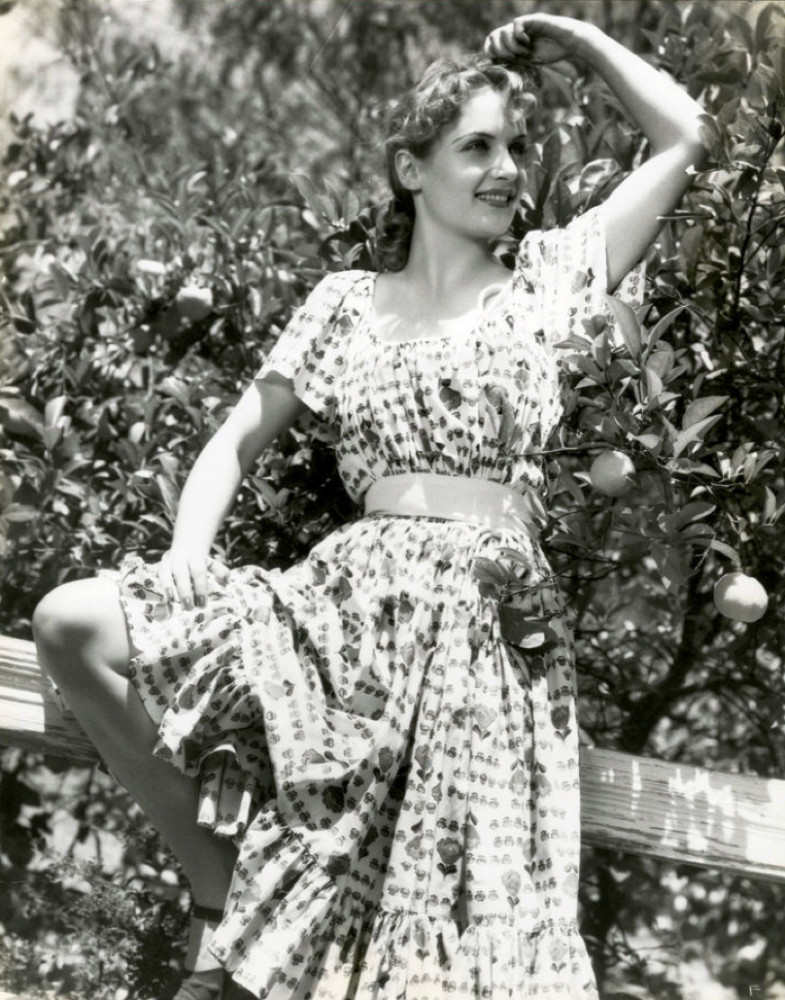 Carole Lombard looks out over her Encino ranch while dressed in an outfit meant to call to mind her upcoming role in "They Knew What They Wanted," much of which was set in the California countryside. We learn from the back of the photo that it was taken by RKO's Alex Kahle... 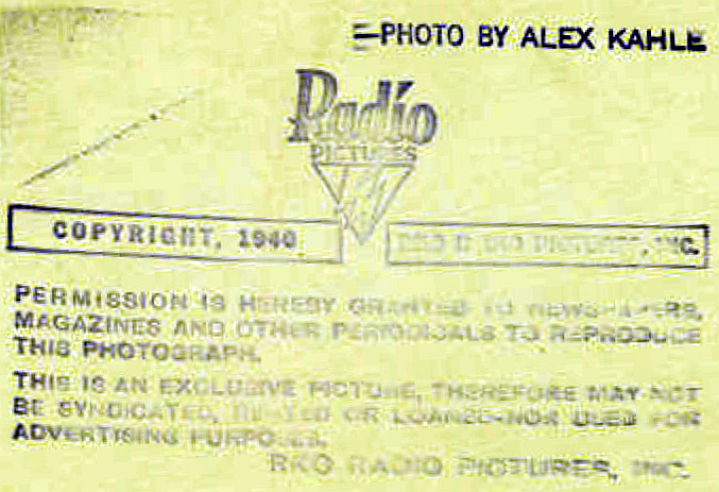 ...and that it was part of a four-picture series from the studio (I'm not sure I've ever seen any of the other three) for newspapers to run in their women's section. The topic? Summer fashion -- and Lombard looks luscious in the warmth of the sun. (And yes, ladies and gentlemen, that one-of-a-kind RKO studio typewriter is back on this snipe.) 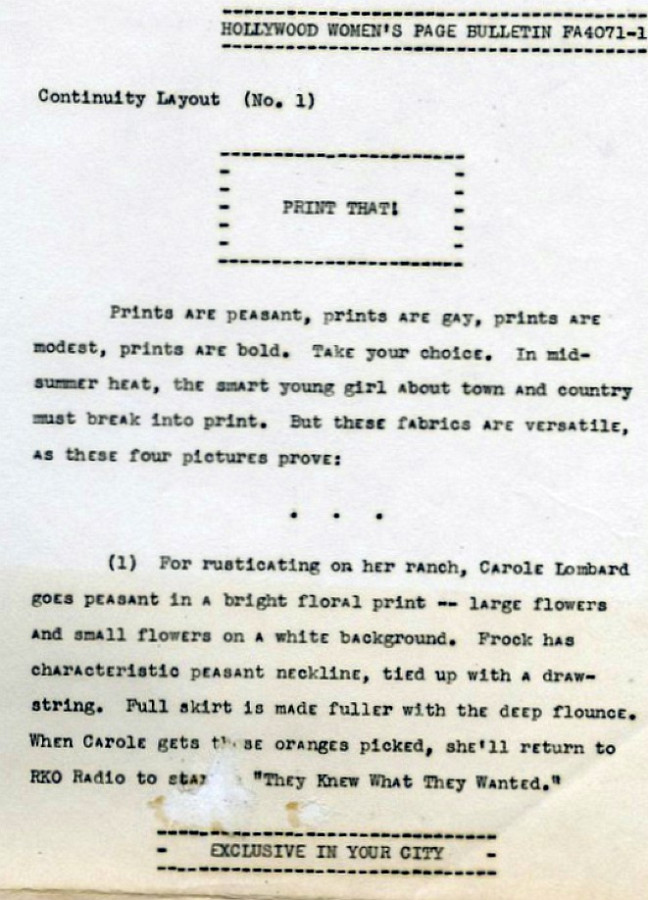 The seller describes Carole's appearance as "casual beauty," and who would disagree? The photo is oversized (10 1/2" x 13 1/2") on a double-weight glossy paper stock, and is said to be "in very fine condition with only minimal edge wear as seen. Just stupendous." (As is Lombard.)

As of this writing, two bids already have been made, topping at $11.50 -- but don't expect it to stay in that neighborhood for long, since the auction doesn't end until 8:57 p.m. (Eastern) on Oct. 8. Want it, and think you can keep up with opposing bidders? Then go to http://www.ebay.com/itm/LARGE-FORMAT-VINTAGE-1940-CAROLE-LOMBARD-GABLE-RANCH-CASUAL-BEAUTY-PHOTOGRAPH-/371126757678?pt=LH_DefaultDomain_0&hash=item5668e0e92e.
Collapse