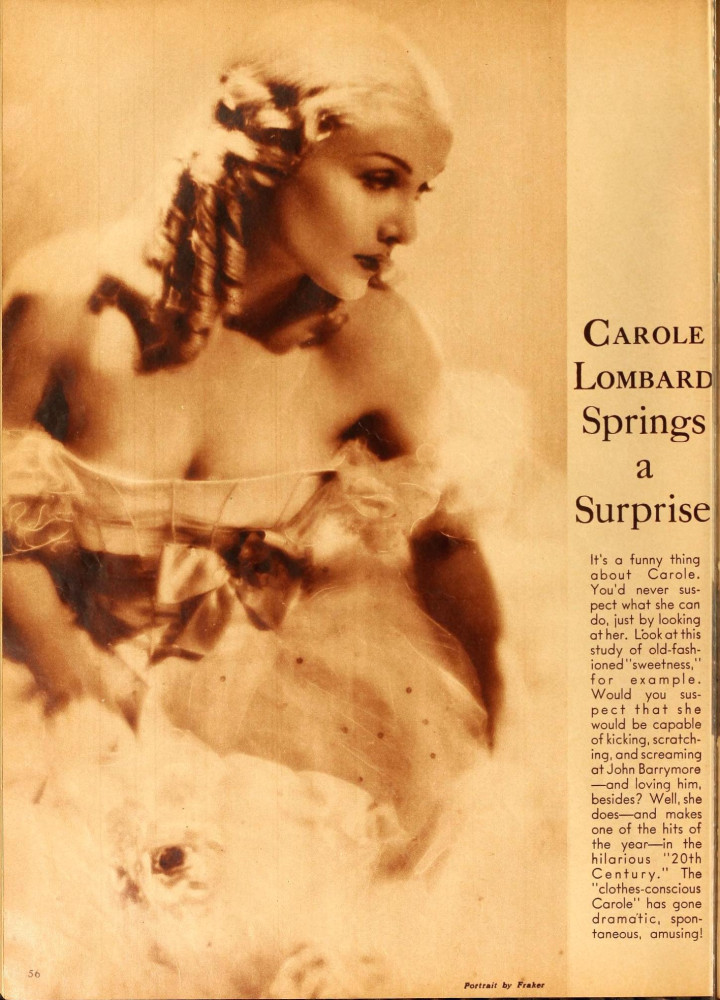 As spring turned to summer in 1934, Carole Lombard indeed sprang a surprise to movie fans. Heretofore known as an attractive actress of no perceived distinction, this clotheshorse had suddenly transformed herself into a comedic dynamo in "Twemtieth Century" (which will air next Saturday night on Turner Classic Movies' "The Essentials" series) -- and the July 1934 issue of Motion Picture magazine was spreading the news.

One of the keys to her Pygmalion-like change was that film's co-star, John Barrymore...and it just so happened a story on him was in that issue. It turns out that helping him liberate Lombard from her previous self was his own liberation in playing the flamboyant impresario Oscar Jaffe, and he talks about it to William F. French: 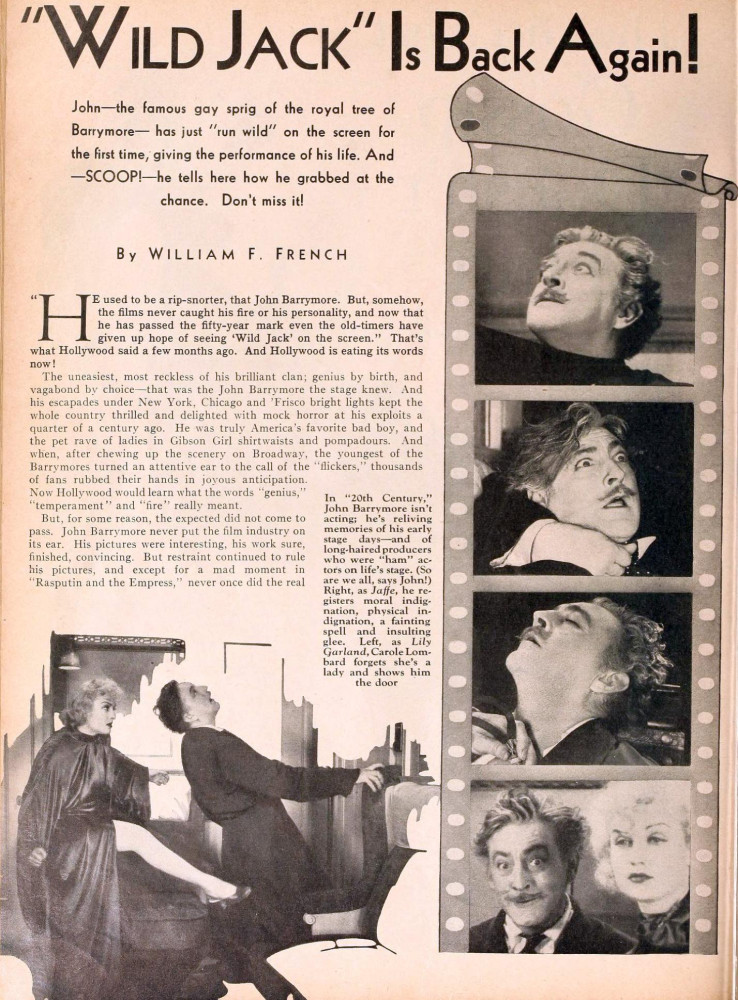 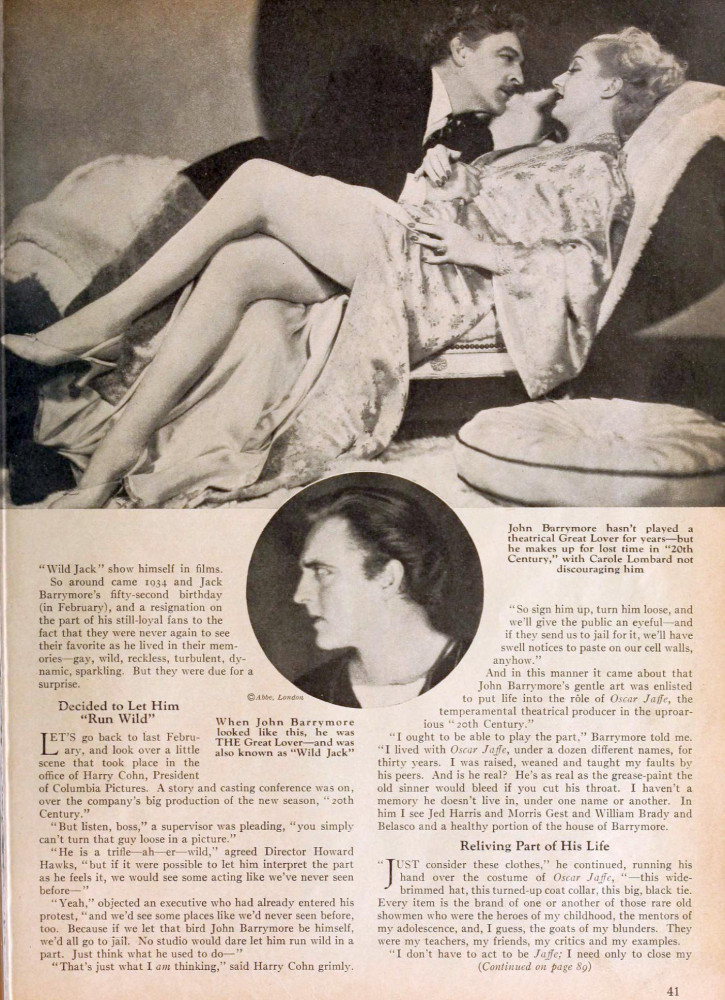 I'm especially surprised that the rather racy photo of Barrymore and Lombard is atop the second page -- the one where Carole is showing lots and lots of leg, in a photo reportedly banned by industry censor Joseph Breen (http://carole-and-co.livejournal.com/62897.html). If it in fact was banned, Barrymore perhaps provided a copy to French.

Let's focus on what Lombard had to say about the process:

Just as Carole's character in the film is taught proper acting procedure through a pin poked into her derriere, so did Lombard learn the ropes via Barrymore's intimidation. It was a drama lesson she never would forget -- and she proved it three years later by insisting Barrymore, by then down on his luck thanks to John Barleycorn, get a key supporting role in "True Confession," not to mention third billing.

Another article, also written by French, asks stars throughout the industry just which actors of the opposite sex have "it" (sex appeal). The responses often are surprising: 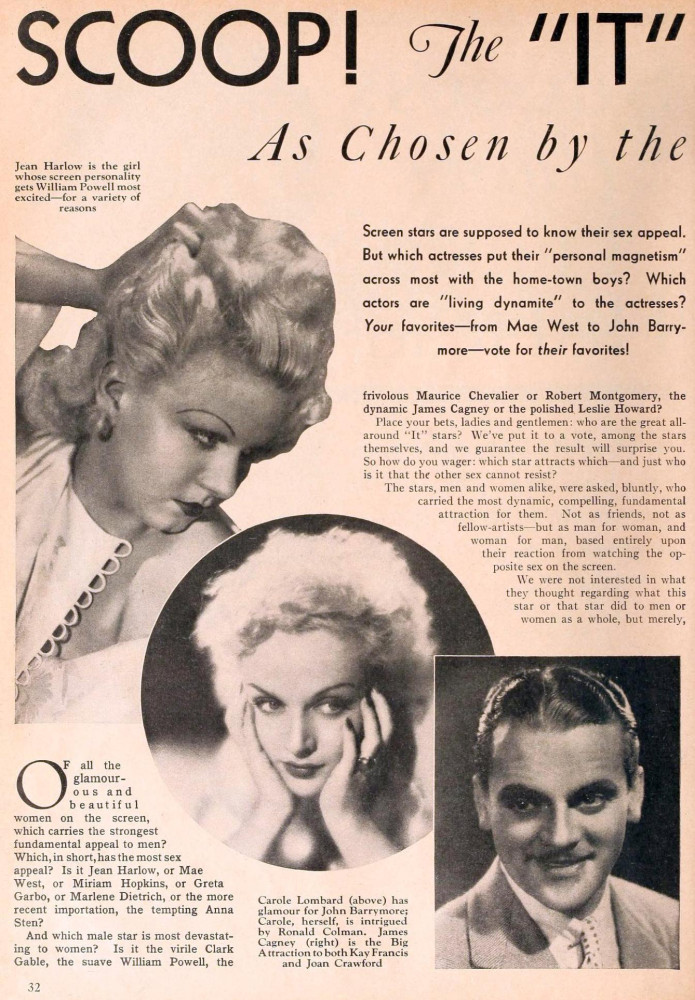 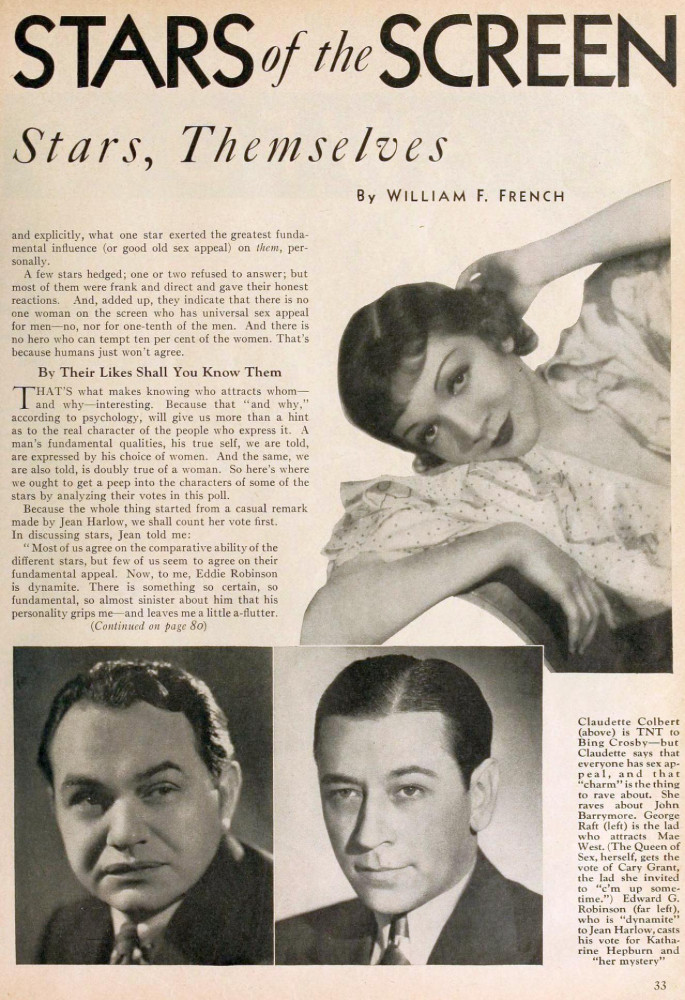 French quoted Barrymore as saying Carole had a "totally unexpected" glamour and fascination, but Lombard's selection was Ronald Colman ("because he looks so experienced -- and so scornful"). She never worked with him on-screen, but years later they would be castmates on NBC radio's short-lived "The Circle." (Meanwhile, John was chosen by Claudette Colbert.) 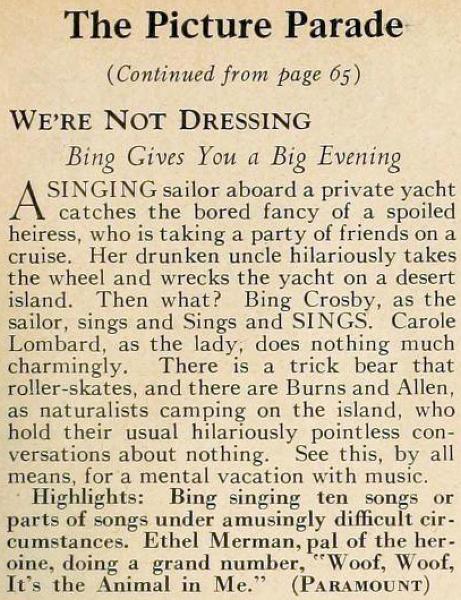 This issue, featuring Margaret Sullavan on the cover... 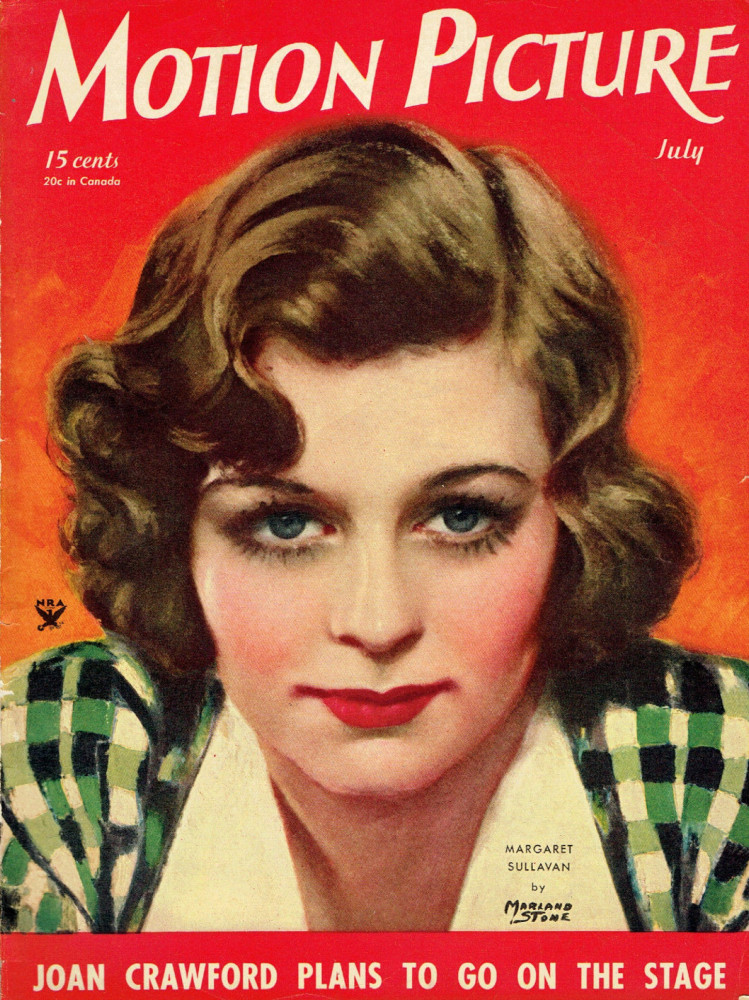