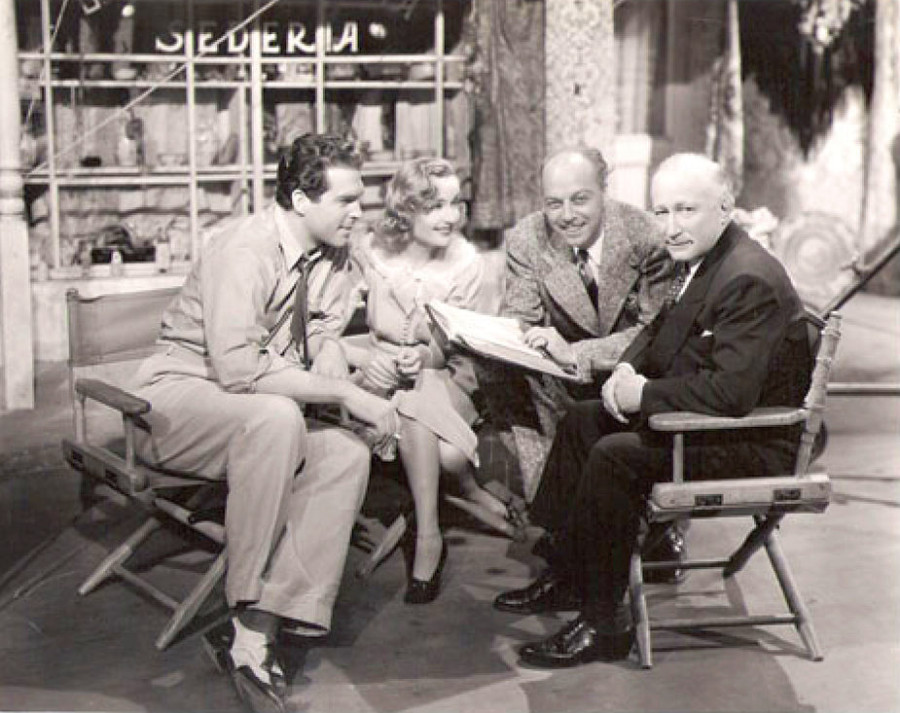 Carole Lombard poses with (from left) co-star Fred MacMurray, director Mitchell Leisen and Paramount mogul Adolph Zukor on the set of the 1937 musical "Swing High, Swing Low." If any or all of them were zapped into the Hollywood of 2014, they might appreciate many of the technical advances that dazzle today's cinema audiences. As for the rest of the industry? Not so much.

The mantra "Hollywood is in trouble" has been chanted in the movie colony since silent days, but currently it may have some truth to it. 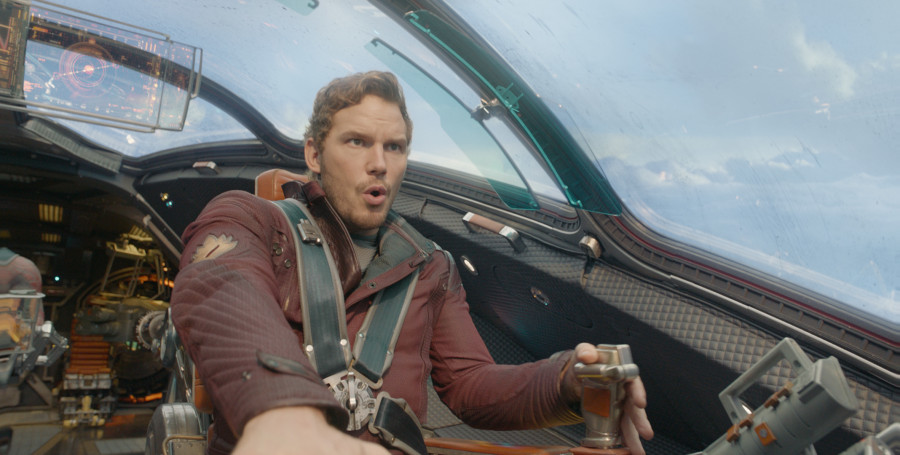 This past summer was the least profitable at the box office since 1997, and even the core teen male audience Hollywood so dearly covets isn't as interested in studio output, aside from exceptions such as Marvel's surprise blockbuster "Guardians Of The Galaxy" (above is its Chris Pratt, real-life husband of Carole & Co. fave Anna Faris). What's the cause?

"The fox...is a fluid animal that knows many things, while the stolid hedgehog knows only one big thing."

(And Turan doesn't claim this as an original thought; he says this philosophical argument dates back to ancient times.)

Turan states that during its classic period (the one we celebrate at Carole & Co.) up until recently, Hollywood was the fox, "entertaining everybody by making movies for a wide variety of appetites and audiences." The mass audience we think of from the Golden Age didn't always watch the same movies, but there was enough range in film fare to placate nearly all demographic groups.

However, he writes Hollywood now has a hedgehog mentality:

"The one big thing it knows how to do is make sequels and superhero movies and sequels to superhero movies, all aimed at a young adult crowd with no end in sight. The race to secure prime spots has become so intense that studios have claimed release dates for as-yet-untitled superhero movies through 2020, which at this point feels a bit like rearranging deck chairs on the Titanic."

Any movies made with adults in mind are shunted off into fringe release dates or late in the year (thus keeping them fresh in the minds of Academy Awards voters). Turan says this unnerves people both inside and outside the industry:

"A few weeks ago I ran into a member of the motion picture academy's Board of Governors, the people who oversee the organization that gives out the Oscars, and the talk inevitably turned to this situation. 'We're supposed to be dedicated to the advancement of the art and science of motion pictures,' the board member told me. 'But where is the art these days?'"

Where is the art, indeed? And while Turan focuses too much on adult drama (as usual for both film and TV, the comedy genre is ignored), he cites two factors:

"One is the end of movie studios as free-standing entities, able to set their own course. Now they are part of massive conglomerates with mandates to hit profit predictions or else.

As director Ed Zwick was recently quoted as saying, this means that the studios 'would rather lose $100 million and make $300 million than be in the game of making $30 million.'" 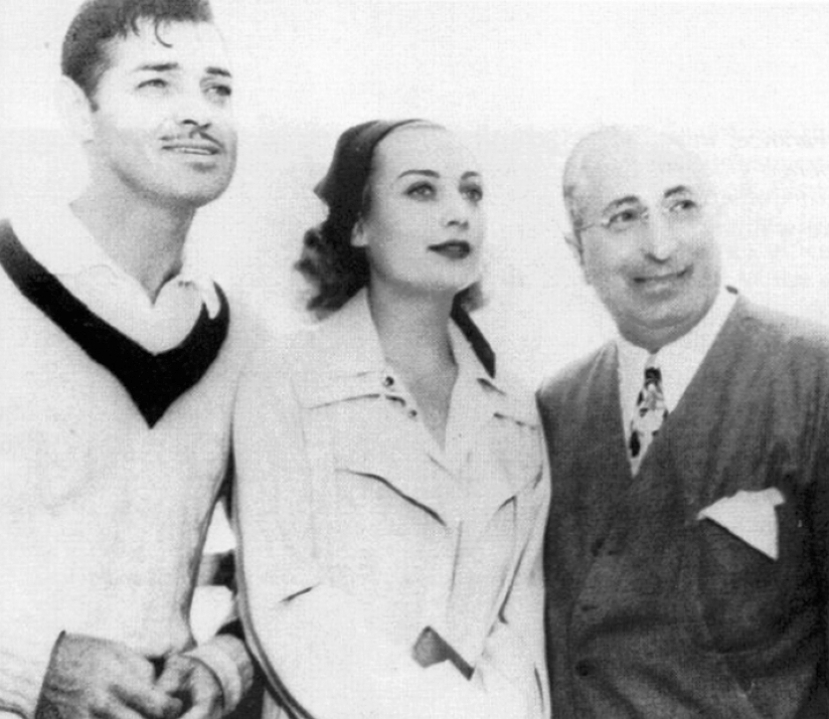 That certainly wasn't the case for Zukor, or MGM's Louis B. Mayer (shown with Carole and Metro's meal ticket, Clark Gable), Fox's Darryl F. Zanuck or to a lesser extent Columbia's Harry Cohn (unlike the three studios cited above, Columbia owned no theaters as a financial fallback). They could make the occasional blockbuster, to be sure, but their output included medium-budget movies and low-budget second features.

"The other factor turning Hollywood into a hedgehog is the importance of the overseas market. As a compelling chart in a recent Hollywood Reporter pointed out, eight of the 10 top-grossing films of this summer made more than 60% of their theatrical revenues outside of the U.S. That's a big number.

With Hollywood needing the overseas lifeline, certain kinds of films, especially those dependent on sophisticated dialogue and potent psychology, are going to get short shrift. Also, what James Cameron explained to me almost 25 years ago holds true: As you go around the world, ideas of comedy change, ideas of beauty and romance change, but one man hitting another man plays the same way everywhere."

But in Hollywood's heyday, its films -- and stars -- had appeal in Europe as well as on other continents. Couldn't it happen again?

This subject is something worth discussing, and you can read Turan's thought-provoking column at http://www.latimes.com/entertainment/movies/la-et-mn-ca-onfilm-turan-20140921-column.html
Collapse