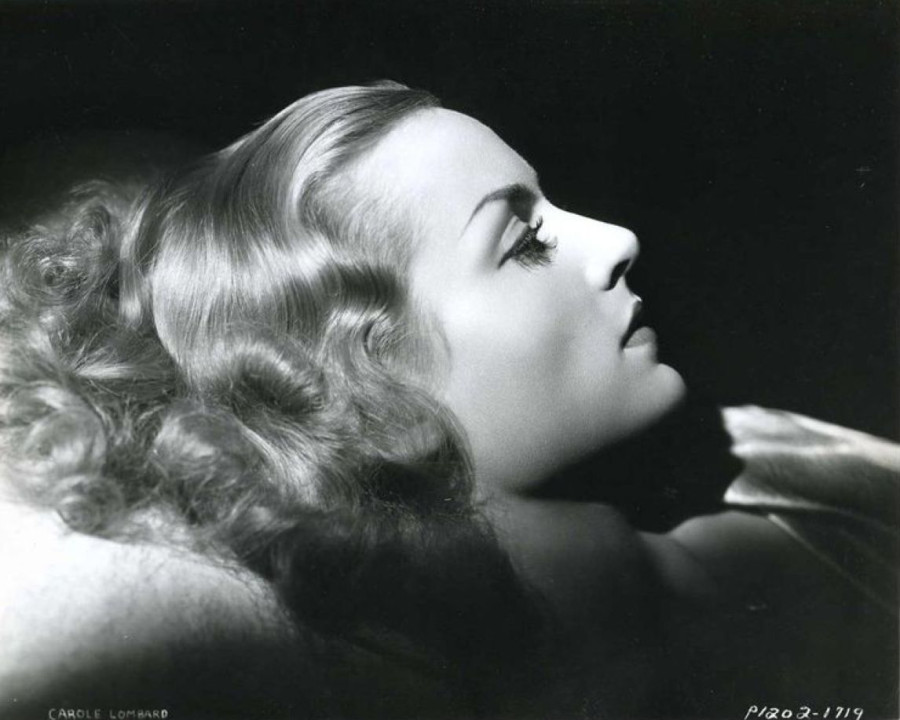 Until this morning, I believed this sultry image -- Paramount p1202-1719 -- was the last image of Carole Lombard Paramount ever issued in its p1202 series, which had dated back to soon after she arrived at the studio in 1930. But it turns out I was wrong...and I almost missed it.

And, for that, you can blame Clark Gable.

A glance of eBay's Lombard memorabilia list included a thumbnail photo of Clark and Carole together in public. Initially, I thought it was something I already had in my collection, so I didn't investigate. This morning, I did -- and I'm glad of it. Otherwise, this would have gotten past me: 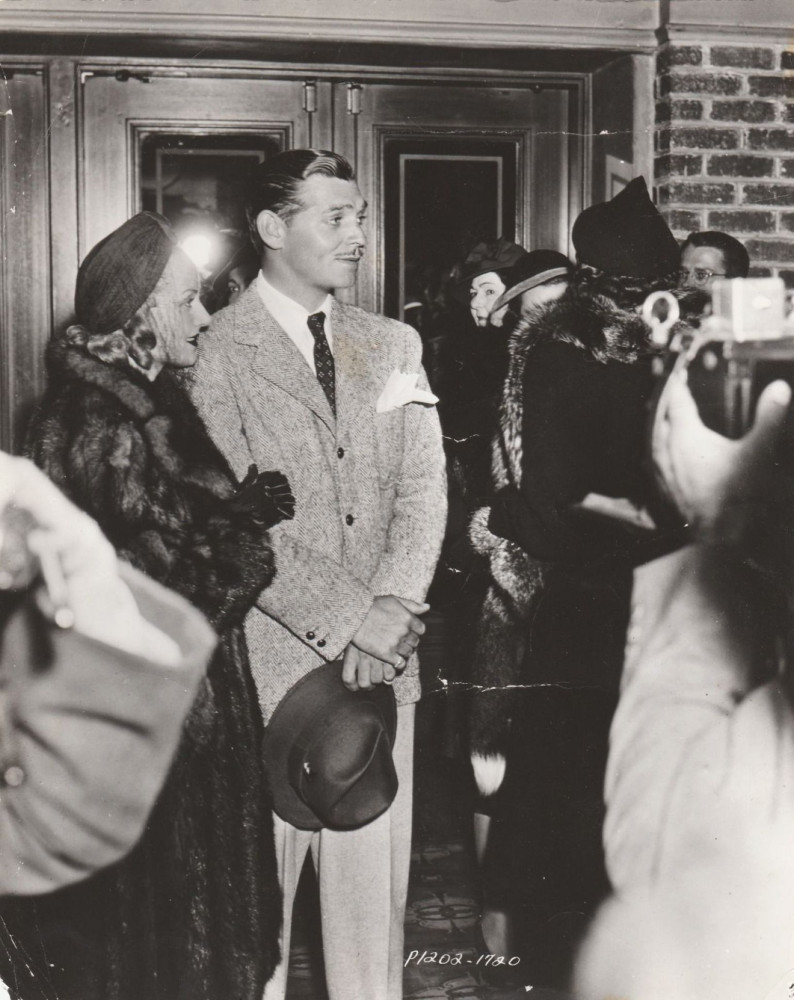 * Lombard's p1202 portraits usually were solo shots, with no "guest stars" involved. Unless there's something from the time "No Man Of Her Own" was released, none of them included Gable.

* The p1202 tag is at the bottom center of the photo, not in a corner (usually the right one), as was the case for the vast majority of such pictures.

That in itself is good. What's even better is that the seller included the back of the photo, which includes information that provides answers...and leads to questions: 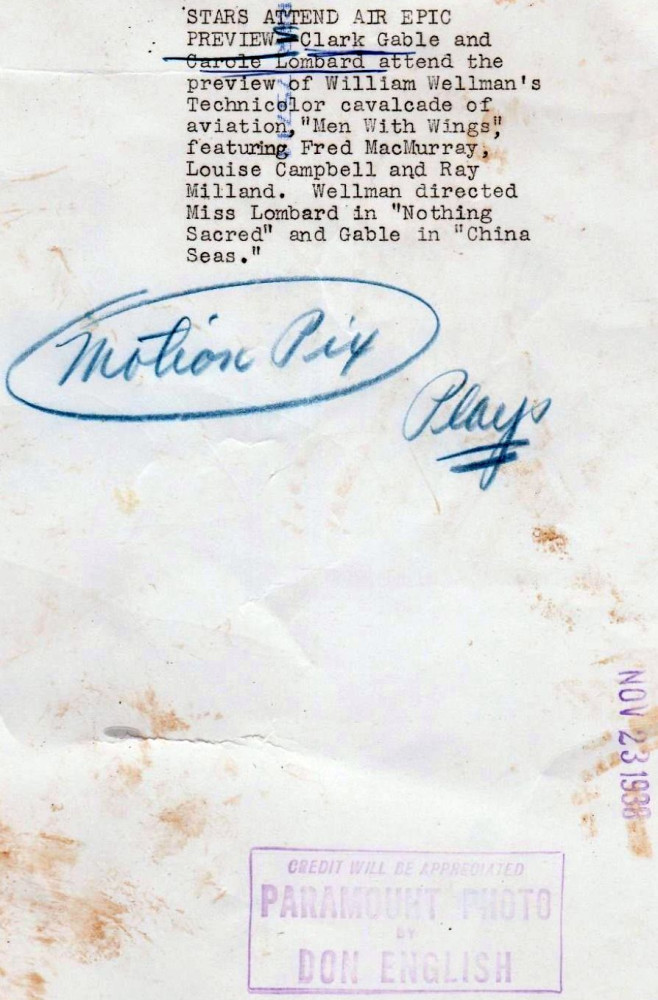 So Clark and Carole were at the preview of William Wellman's "Men With Wings" (a Paramount picture, which explains why the photo was taken in the first place, by studio photographer Don English). Both had previously worked with Wellman, while Carole's resume included four films with MacMurray (and a few with Milland in supporting roles). But the date stamped is Nov. 23, 1938; we know that even though Lombard's last work at Paramount came in "True Confession" in the fall of 1937, she retained an office there until ceding it to good friend Dorothy Lamour. But did Carole keep ties to Paramount this late into 1938?

A check of "Men With Wings" at the Internet Movie Database indicates the likely answer is no. According to IMDb, the film premiered in New York on July 16, 1938; the preview was in Los Angeles, almost certainly some days beforehand.

Whatever the answer to that is, you don't have much time to make this 7" x 9" photo your own (there are "a few stains on the back and a few creases on front," but it's still in good condition). The minimum bid is $14.99...but bidding on this genuine rarity closes at 5:34 a.m. (Eastern) tomorrow. If interested, visit http://www.ebay.com/itm/Carole-Lombard-Clark-Gable-VINTAGE-Original-7-by-9-News-photo-/331320458453?pt=LH_DefaultDomain_0&hash=item4d243cfcd5.
Collapse