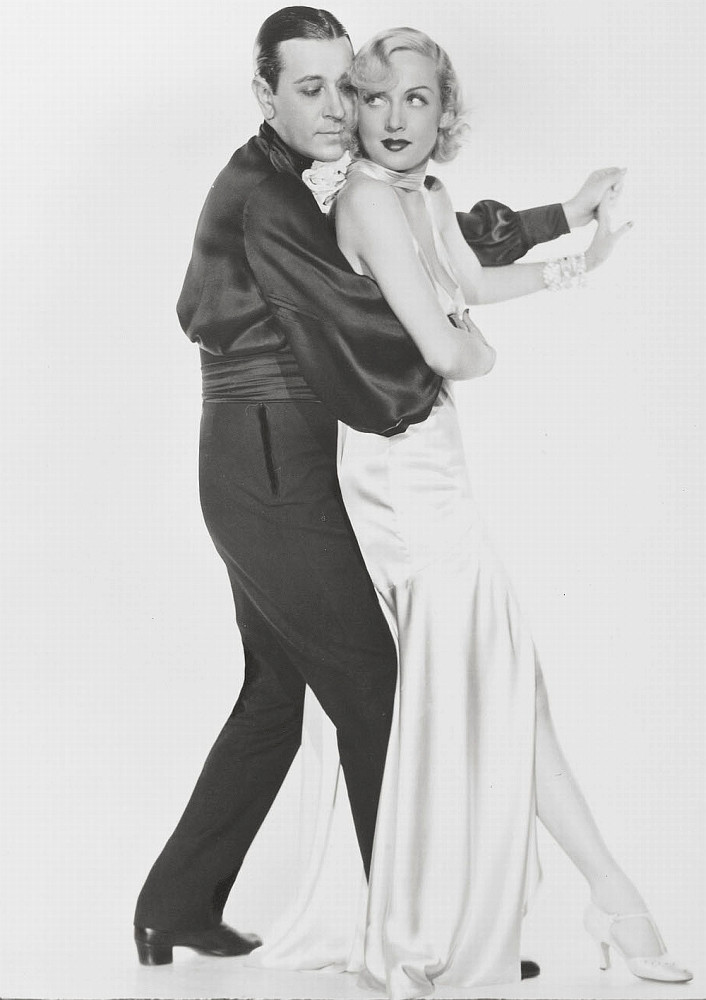 One of the things I most enjoy about running Carole & Co. is that I can provide information about Carole Lombard to those who have questions -- particularly where her memorabilia is concerned. For example, take the picture below: 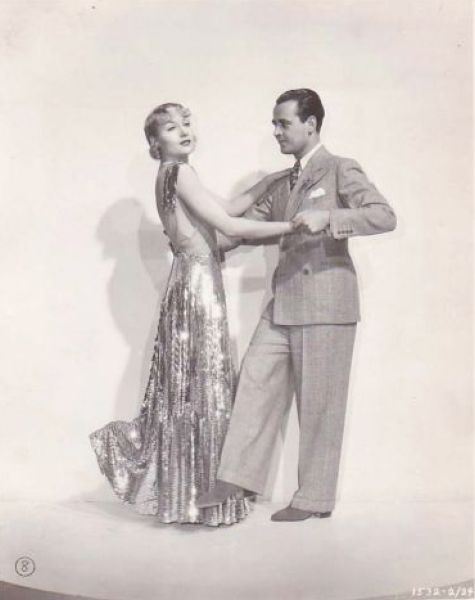 It's among several Lombard images a seller is offering -- and while this person knows a lot about grading photos, he or she wasn't entirely aware of what the photo was about (and that's not meant as a criticism -- were I in that business, handling photos and related items from many classic-era stars, I'd probably be similarly unsure regarding some things):

Original 8x10-inch black-and-white, double-weight publicity photo/movie still was produced to promote popular actress CAROLE LOMBARD. It was produced in the 1930s. We are not sure whether this photo is from a particular film, or was just a publicity photo promoting the star. This is an original studio-issued still -- NOT a copy or reproduction. The double-weight still was likely created for use in a studio key book, although the extra flap with the holes has been trimmed off the top. The photo features a great portrait of the lovely Ms. Lombard dancing with an unidentified man. Overall condition: Solid VG+/EXCELLENT... The still has a few mild surface marks, plus an extremely mild stress bend along the center -- but this is mainly noticeable when light hits the photo surface just right. These minor flaws are not very distracting, and otherwise, the photo is clean and bright.

OK, let's answer his or her questions:

* The man dancing with Lombard is Frank Veloz, a renowned ballroom dancer of the 1930s who with his partner Yolanda Casazza worked with both Carole and George Raft (shown in the top photo) in the Paramount dance films "Bolero" and "Rumba" (http://carole-and-co.livejournal.com/109243.html), also doubling for Raft and Lombard in long range during dance sequences in both movies.

* I'm not certain which film this was meant to promote, but I'll guess it's "Bolero" since a few years ago, I found this photo of Lombard and Veloz to publicize this film, and they're wearing identical outfits: 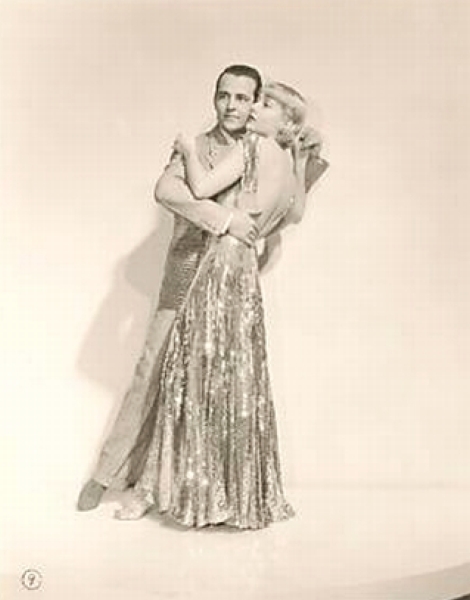 That person also had questions about this and two other Lombard pics: 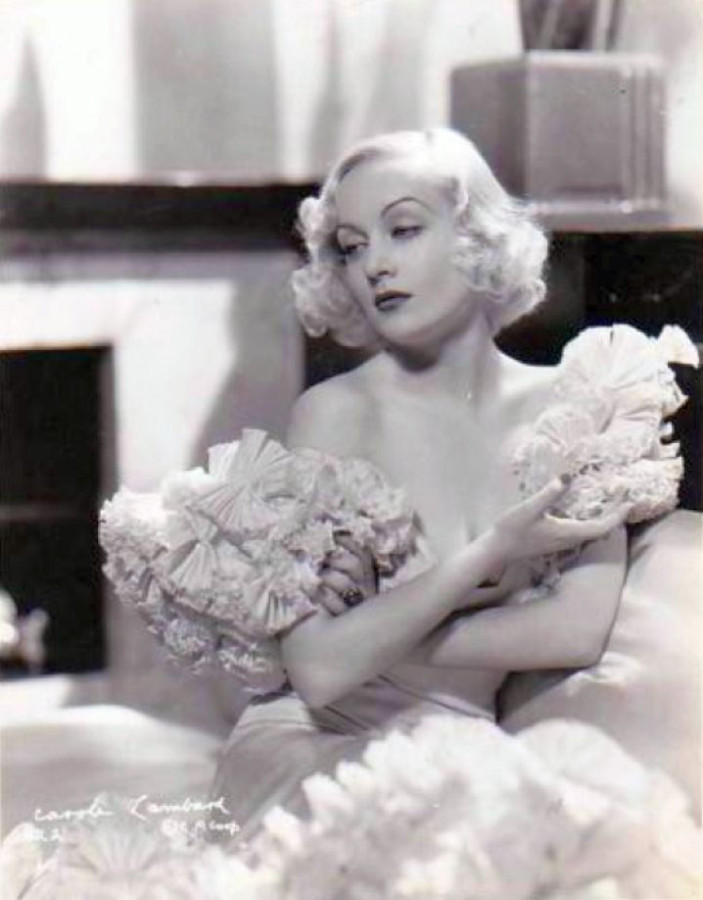 Original 8x10-inch black-and-white, glossy publicity photo/movie still was produced to promote popular actress CAROLE LOMBARD. It was produced in the 1930s. We are not sure whether this photo is from a particular film, or was just a publicity photo promoting the star. This is an original studio-issued still -- NOT a copy or reproduction. The photo features a great portrait of the lovely Ms. Lombard wearing a low-cut gown with frilly sleeves. Overall condition: Solid VG/VG+... The still has edge wear, some light creases around the upper right corner, a small chip missing from the lower right corner, plus a few mild surface marks/dings. However, most of these flaws do not affect the main image area, and those that do are not very distracting. Otherwise, the photo is clean and bright and it will display well.

* First, this picture (and the two others) all are from Columbia Pictures, where Lombard made five films while on loanout from Paramount. All three have Columbia markings, not the p1202 coding Paramount employed for most of its Lombard portraits:

* This happens to be from her 1933 movie "Brief Moment"; we know this because she wore the same ruffled dress in several other stills from that film: 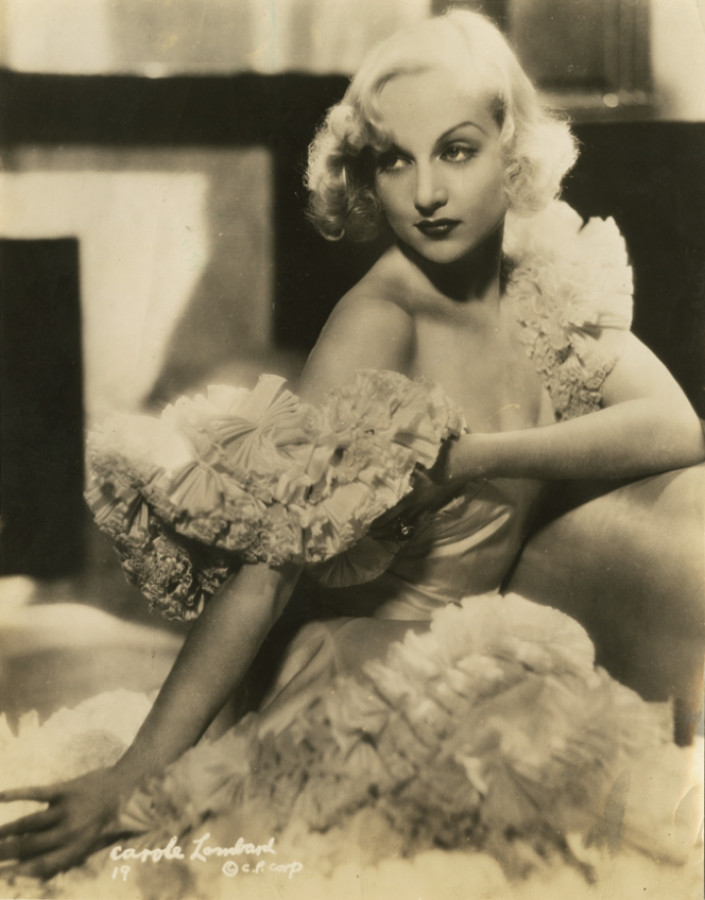 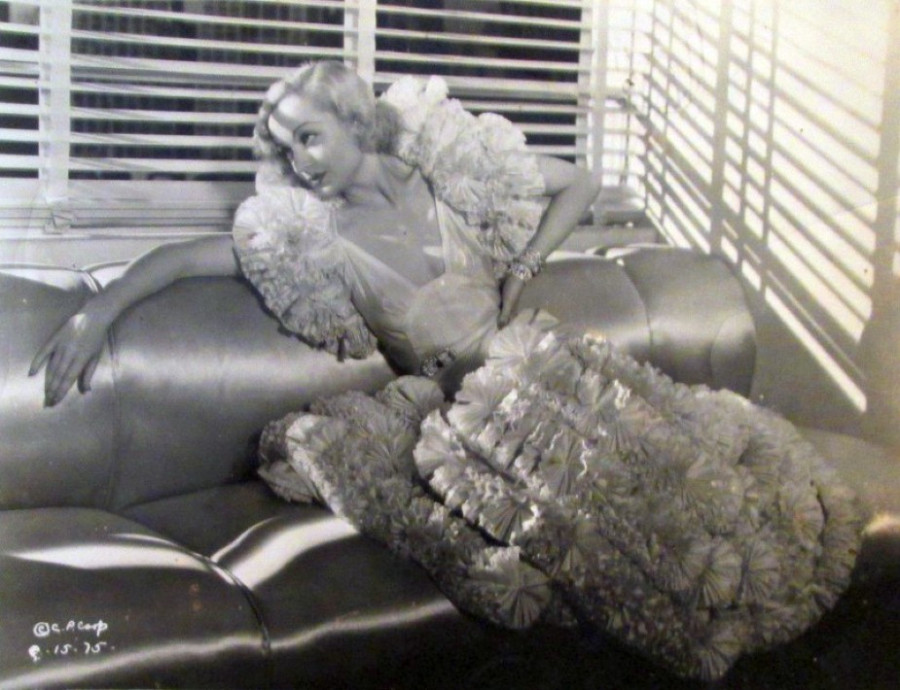 Unlike the first pair of pictures, the second two aren't new to me, but I can't pin down which Columbia film either are from. However, I'm guessing the photo on the right is from 1932, when Lombard wore lighter hair than in later years (in '32, she made "Virtue" and "No More Orchids" for Harry Cohn's studio): 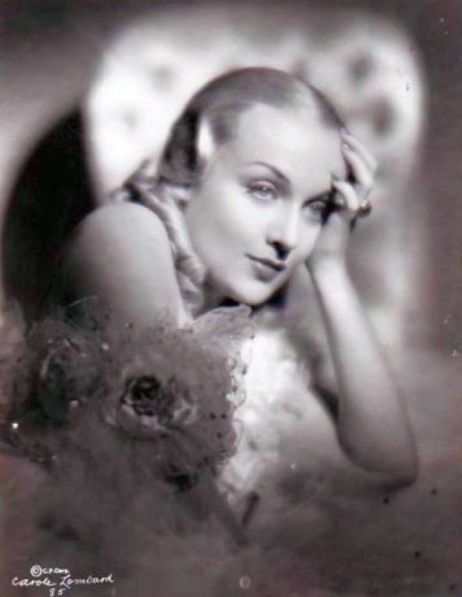 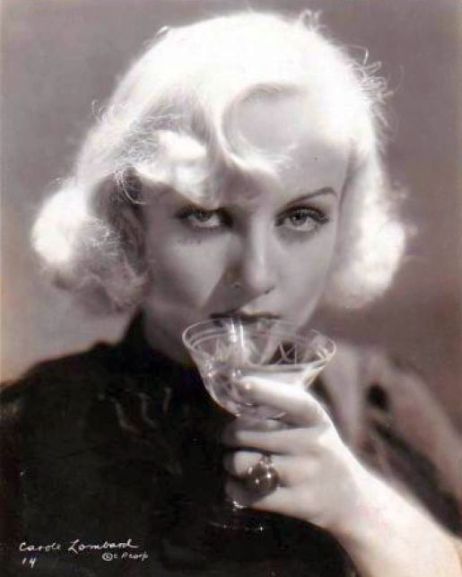 (Don't you think the streak in Lombard's hair in the photo on the left makes her look a mite devilish? I'm certain she saw that before the image was approved, and probably got a laugh out of it.)

Anyway, glad to be of help.
Collapse