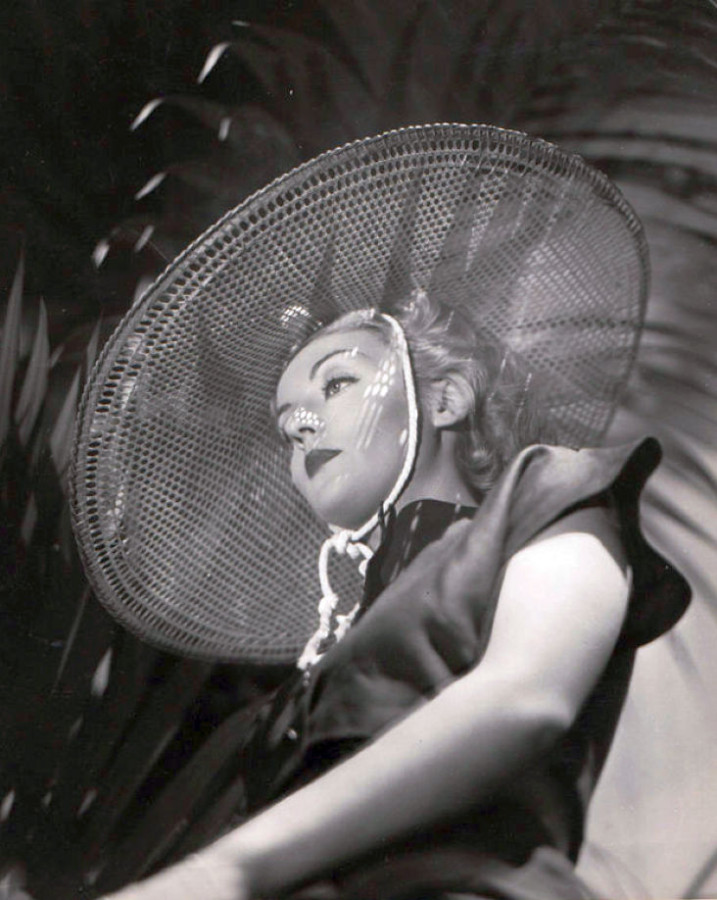 No, not like that, although Carole Lombard certainly looks fetching in that Connie Foster-designed hat. Nor are we referring to the ersatz Asian appearances of Myrna Loy... 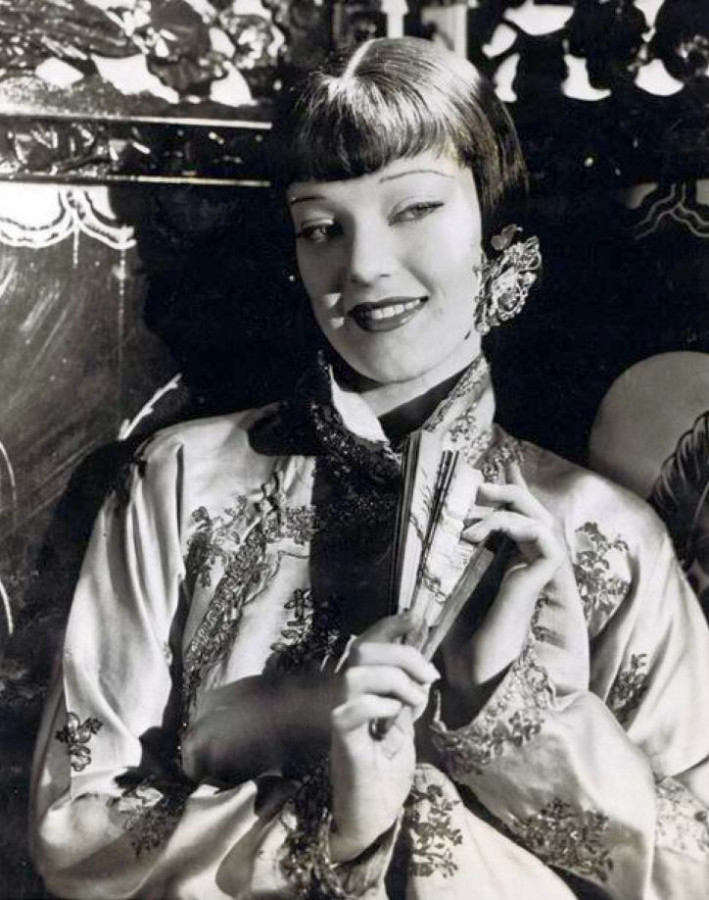 (Yes, I know its official name now is the TCL Chinese Theatre -- ironically, TCL is a Chinese-based firm -- but most people referred to it as Grauman's Chinese even when it was a Mann property, out of deference to theater mogul Sid Grauman, who followed his Million Dollar Theatre downtown with the Egyptian on the other side of Hollywood Boulevard before opening the Chinese in 1927.)

Any movie buff worth his or her salt knows the Chinese is renowned for its court featuring hundreds of imprints of stars' hands, feet, etc. Here's the block for Loy, who began her career as a dancer at the Egyptian and gave her thanks to Sid in concrete: 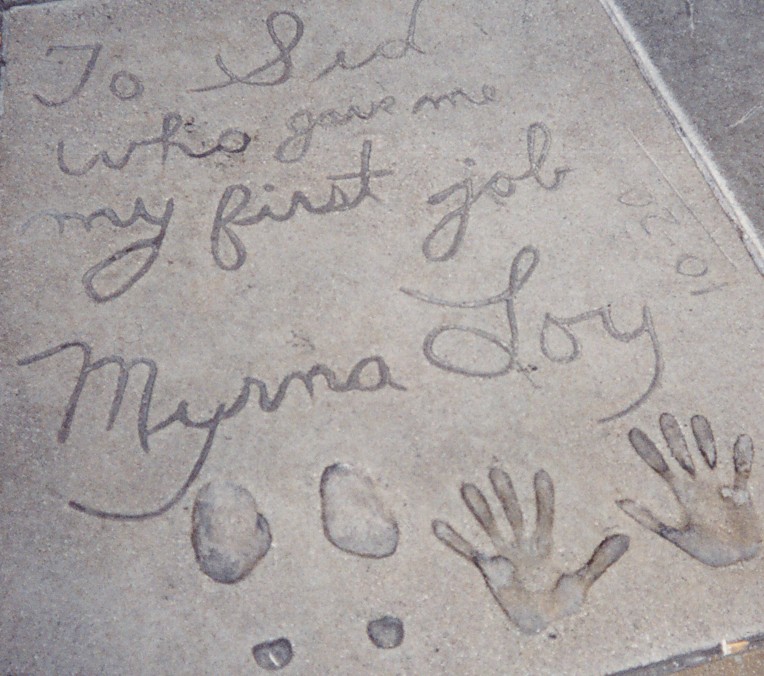 Now, the Chinese has been honored with a website saluting its unparalleled history -- http://graumanschinese.org, with material bound to fascinate nearly every classic movie buff. There's a timeline, a history of the theater, information on its projection and sound systems over the years, and a history of marquees and signage, such as this spectacular premiere for "Hell's Angels" on May 27, 1930: 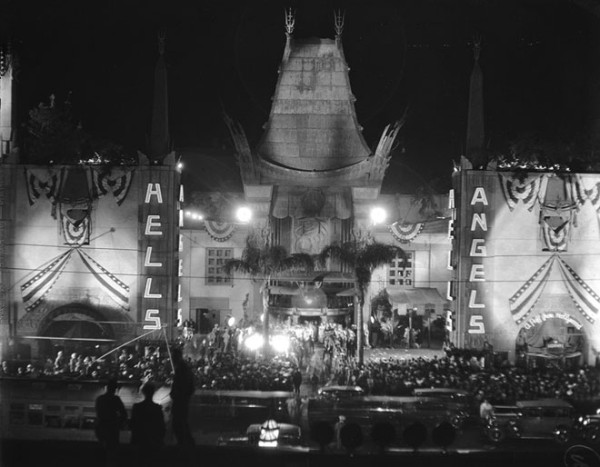 But best of all for those who love classic Hollywood, there's a list of every movie that has played the Chinese since "King Of Kings" opened the venue in 1927. Few theaters have such a listing -- one that does is the Stanford Theatre in northern California, where you can see what ran there from 1925 to 1961 (http://www.stanfordtheatre.org/aboutHistory.html) -- and this goes the Stanford (a neighborhood house back in the day) one better by listing the elaborate shows that accompanied the films, especially in the Chinese's early days.

We know that her early passing probably denied Lombard the chance to join husbands William Powell and Clark Gable in posting a cement tribute, but what other ties does Carole (whose star sits across Hollywood Boulevard from the theater) have with the Chinese? The answer: Not as many as you would think.

In fact, a Lombard film never played the Chinese until December 1937 -- her Technicolor comedy "Nothing Sacred," with a Frank Morgan film on the lower half of the bill:

(I'm guessing neither Paramount nor Columbia had connections with the Chinese, unlike MGM and Fox -- heck, few Paramount hits nor "It Happened One Night" played there.) At about the same time, Carole covered the other side of the boulevard as the Egyptian ran her concurrent film, the Paramount comedy "True Confession": 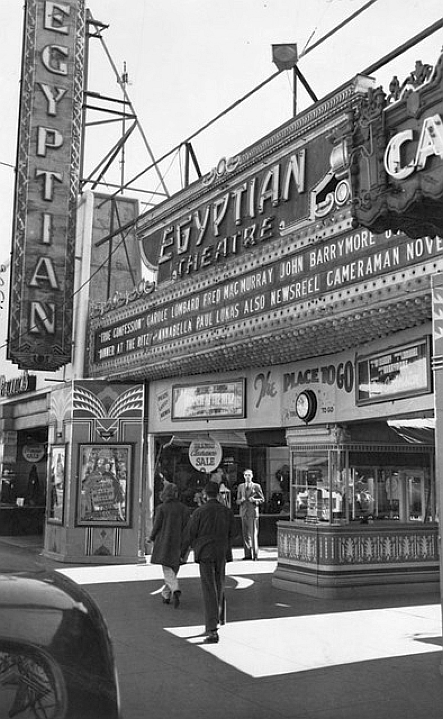 Fast forward to February 1939, and Lombard's other film for Selznick International, "Made For Each Other," comes to the Chinese. And while I've often quipped that it seems that every time I check movie listings of the time, the second feature invariably stars Lynn Bari, and that actually happened here:

The third Lombard film to appear on the Chinese screen was a world premiere, but one presumes the atmosphere was somewhat subdued. That's because it was for "To Be Or Not To Be" in February 1942, barely two months after the U.S. had been brought into World War II and slightly more than a month since Lombard became one of the war's first victims:

In my review of Cinecon 50 (http://carole-and-co.livejournal.com/722471.html), I wondered if the Bari vehicle "The Night Before The Divorce" played second feature to "To Be Or Not To Be," as both were released at about the same time. Well, we now know it happened in at least one theater.

The site also lists Lombard as being one of the guests for the premiere of "The Champ" in November 1931 -- heck, just about every star in the industry was there: 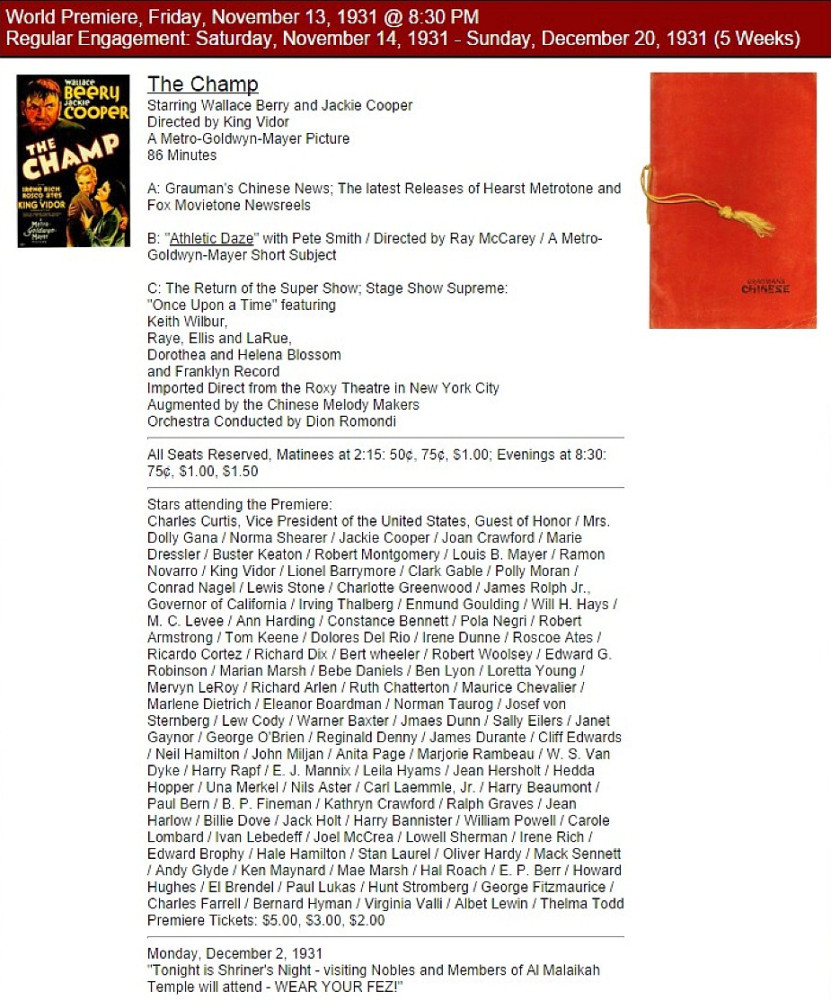 Note it played for five weeks, in the days when extensive runs was the Chinese's policy. A few years later, it shortened such runs to a week, still longer than most theaters of the day. (I'm guessing Lombard attended several other premieres, but don't have written proof.)

I know of one other instance where Carole appeared at the Chinese; it came in early 1941, as part of a radio broadcast to promote Greek war relief. She's shown with Gable, Loy, Melvyn Douglas and Charles Laughton: 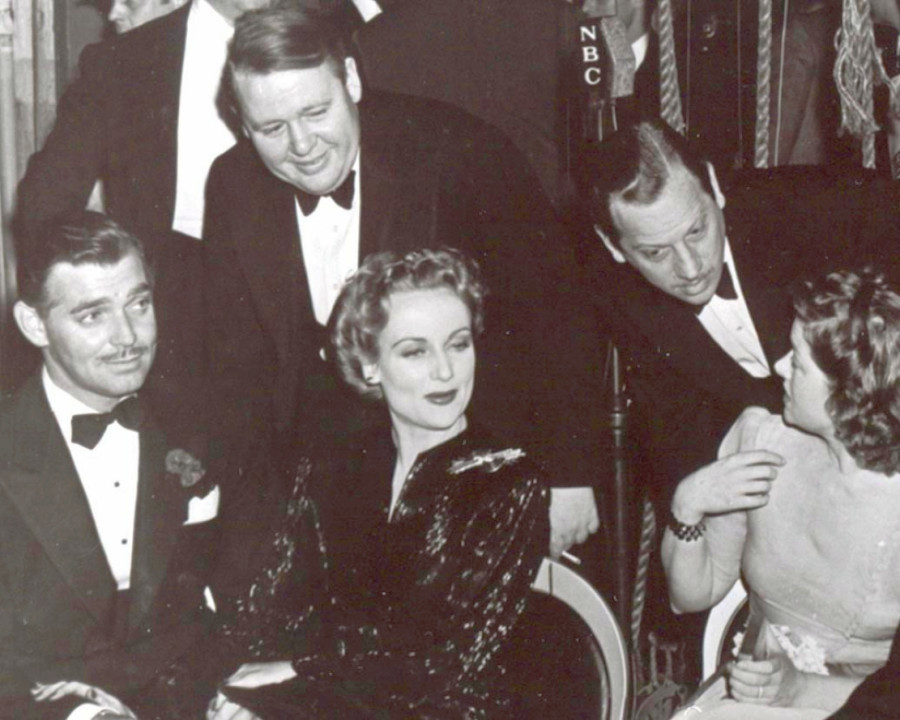 But do please check out the Grauman's web site, a fitting tribute to a legendary venue. Now can someone put together a listing of all the films that played the Chinese's East Coast equivalent, Radio City Music Hall?
Collapse