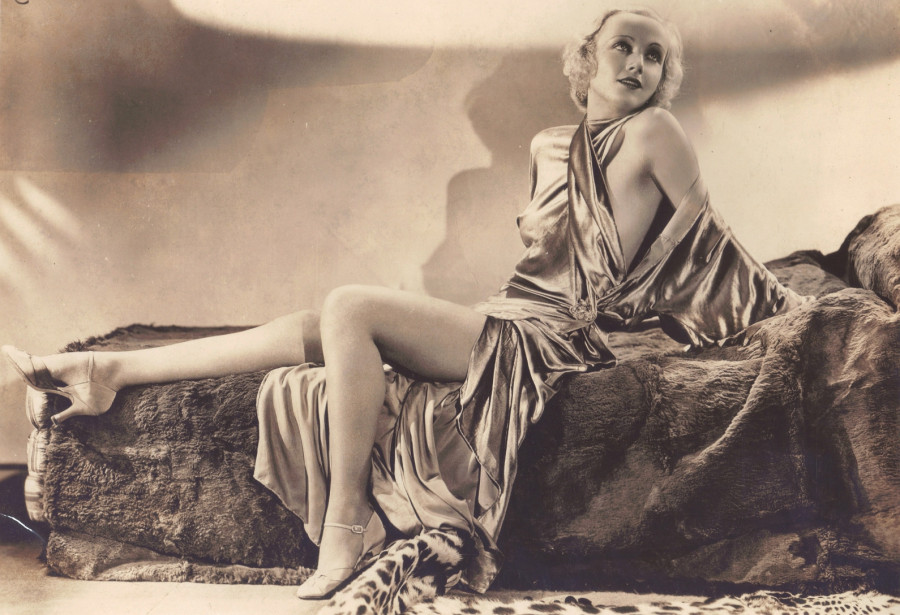 I trust all of you had a pleasant Labor Day weekend -- and if for some reason you didn't, the above portrait of Carole Lombard should help get you there. Mine was tiring, but thrilling, capped off with a 6-4 victory by my beloved Washington Nationals at Dodger Stadium. (Yes, I've said I root for the boys in blue, but only when they're not facing the fellows wearing the curly "W." Old habits die hard.) The Nats again own a seven-game lead over Atlanta in the NL East, as several Philadelphia pitchers teamed up to not only blank the Braves, but no-hit them.

But you can read all that stuff on the sports pages. Let me tell you what I did before I took in baseball, from Thursday evening to midday Monday: I attended my first Cinecon, the Labor Day weekend classic film extravaganza held in Hollywood, and believe me, I don't intend to make this my last. (This year's event was Cinecon 50.)

I saw about two-thirds of the films that were screened, and can't say enough good things about the presentation. Most were fairly obscure, including silents and early talkies, and I learned a lot about genres and stars I frankly was unfamiliar with. 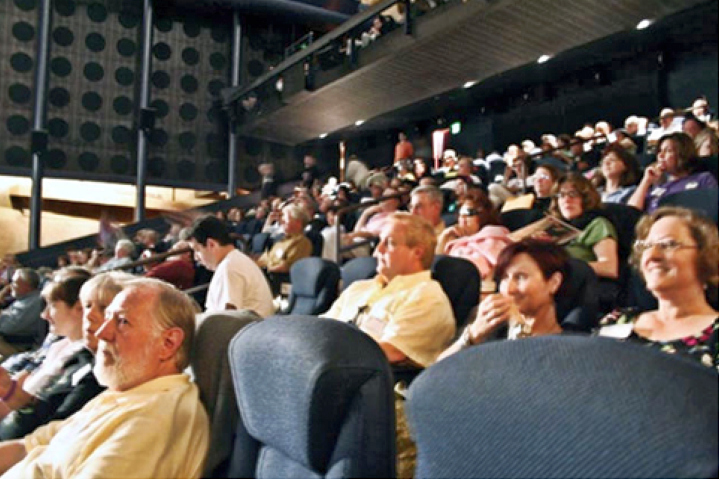 Movies were shown at Grauman's Egyptian on Hollywood Boulevard -- yes, the same place where I tripped during the TCM Classic Film Festival in April (http://carole-and-co.livejournal.com/686540.html). This time I remained upright in the lobby, although I had a bit of trouble navigating the aisles in the darkened theater. But it was worth it.

Several movies made particularly strong impressions on me; I'll review them chronologically (not from when they were made, but when I saw them):

* "Paths To Paradise" (1925). I knew little about Raymond Griffith as a silent comic, but from watching this movie with Betty Compson, I came away impressed. He was a dapper, funny fellow, sort of an American equivalent to the legendary European Max Linder. The last reel in this heist comedy is missing and feared lost, but anyone who watches it wouldn't feel deprived. (It was followed by a semi-remake, 1945's "Hold That Blonde!" with Eddie Bracken -- whose comedic talent went beyond those two classic films he made with Preston Sturges -- and Veronica Lake.)

* "Almost A Lady" (1926). The Marie Prevost of the silent era was a considerable star, particularly in comedies, and this enabled me to see why. Here she is as a delightful star, not the character actress she became in the 1930s, and she's quite good. With the original Harrison Ford as her leading man. (Romantic comedies of the '20s still tend to get short shrift from film historians, an injustice that's increasingly being rectified as more of them are rediscovered.)

* "Buck Benny Rides Again" (1940). There's a tendency to dismiss Jack Benny's radio-oriented film vehicles, but they tend to be at least solidly entertaining, as is this one, where Jack has to prove he's a westerner to win the love of a singer (Ellen Drew) who's come to despise him. But the real revelation here is Eddie "Rochester" Anderson, who nearly steals the show with the always-welcome Theresa Harris on "My, My." Who knew dancing was on his resume? It certainly wasn't required on radio. (One wonders if that segment was excised for southern audiences a la Lena Horne's scenes in some MGM films.) 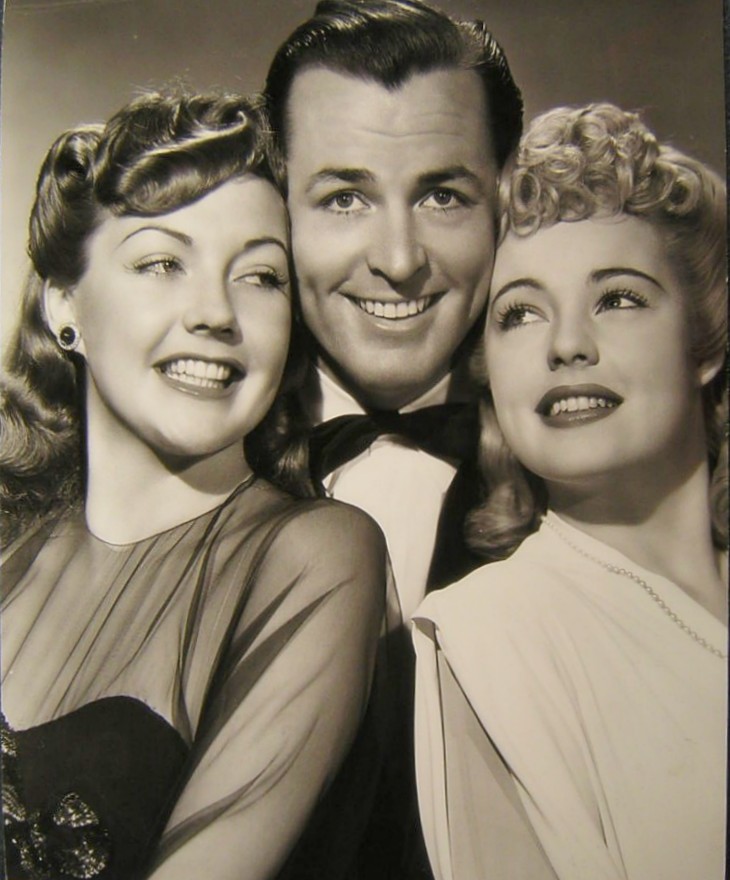 * "The Night Before The Divorce" (1942). Whenever I glance at movie theater advertising pages from the early 1940s, Lynn Bari invariably seems to pop up as the lead in the second feature -- but until now, I'd never seen her act, and she comes off pretty well in this 20th Century-Fox feature with Joseph Allen Jr. and Mary Beth Hughes. Lynn portrays the "perfect wife," a bit too perfect for her husband (she even beats him in golf after taking up the sport). Bari reminds me somewhat of Rosalind Russell or Gail Patrick; this film came out at about the same time as "To Be Or Not To Be," and I wonder if they appeared somewhere as a double bill. (The answer is yes, at Grauman's Chinese -- http://carole-and-co.livejournal.com/725829.html.) 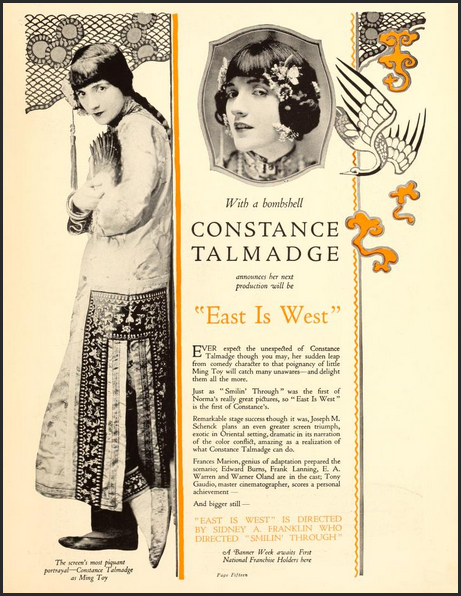 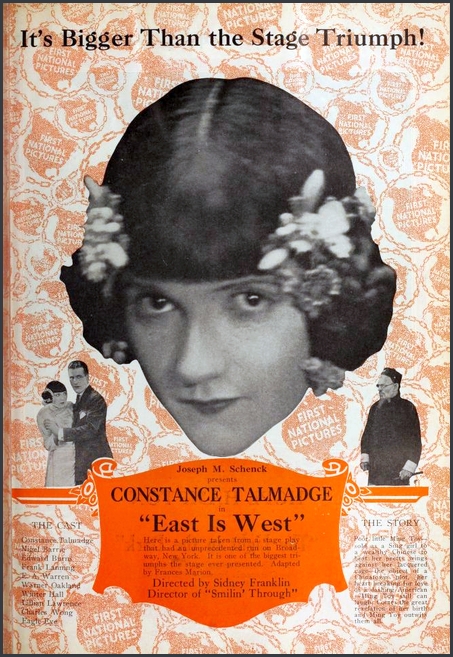 * "East Is West" (1922). I've heard a lot about Constance Talmadge as a silent comedienne but never actually seen her at work, aside from the atypical (and non-comedic) "Intolerance." This restoration of a previously lost film changed all that, and I'm glad it did. Connie is beautiful and vivacious; it's easy to see why audiences fell in love with her (and why Lombard was a fan). The film, adapted from a hit Broadway play, has the usual racism of the era, and the ending is a cop-out to that period's fear of miscegenation (you don't believe Talmadge is Chinese for a minute, and as it turns out, she isn't). But she's such a delight that you frankly don't care. With Werner Oland, a decade before he became known as Charlie Chan.

* "Meet Me In St. Louis" (1944). OK, I confess: Until Sunday, I had never seen this piece of early 20th century Americana, even though I was familiar with several of its songs ("The Boy Next Door," "The Trolley Song" and of course "Have Yourself A Merry Little Christmas"). All I can say is, what took me so long? It's as pitch-perfect as Judy Garland's magnificent voice, sentimental without being cloying. Margaret O'Brien, who was splendid as Tootie, was on hand after the movie, and is as charming now as she was then.

* "Always In Trouble" (1938). I admit that I'd heard of Jane Withers as a child star, but never actually watched one of her vehicles, and after watching this comedy, also starring Jean Rogers in a non-Dale Arden role and Charles Lane (as one of the bad guys!), I came away impressed. Jane's got spunk -- and unlike Ed Asner's Lou Grant on the first episode of "The Mary Tyler Moore Show," I love spunk. (I met Jane at the banquet Sunday night; she attends Cinecon nearly every year.) I'm definitely going to check out more of her work. My Facebook friend Francine York (second from left) took part in a discussion titled "The '60s Kids" with Diane McBain, BarBara Luna and H.M. Wynant; all received film career achievement awards from Cinecon at the banquet, as did Ruta Lee and O'Brien. Many other Hollywood veterans also attended, including Marsha Hunt, Monica Lewis, Julie Adams, Anne Jeffreys and Ann Robinson. A good time was had by all, including myself. See you next year.

A note to those who use the WordPress site: We're now caught up on the entries. My recent move, in which I used a laptop for a long period, prevented me from copying entries from the principal LiveJournal site for nearly 2 1/2 months. Now we're back to normal. Oh, and speaking of LiveJournal, our first Lombard header for September is Paramount p1202-521, where she waves so chicly (does that word actually exist?) in a cute white dress.
Collapse