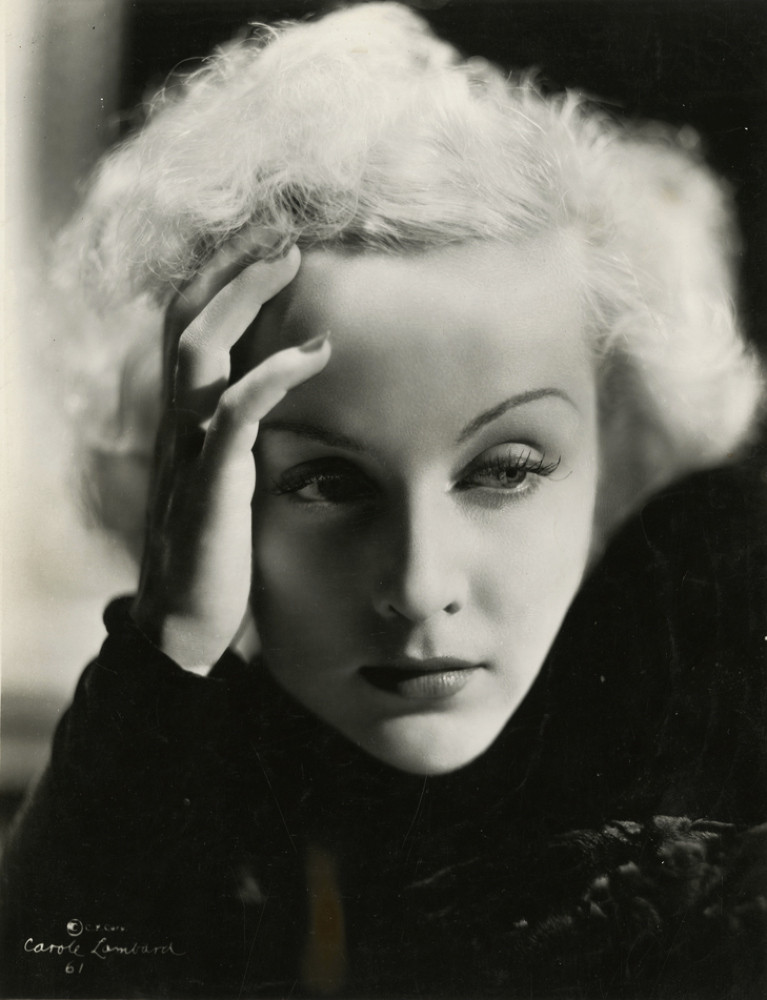 It's no secret that in the early 1930s, Carole Lombard, searching for the optimal "look," briefly emulated Jean Harlow's ultra-blonde appearance -- not quite the platinum locks Harlow already was famed for, but an ash-blonde effect that looked equally at home in black-and-white portraits.

However, that style generally is associated with Lombard's days at Paramount, mostly from late 1931 to sometime in 1932. But the photo above wasn't taken at Paramount -- there's no p1202 number in sight. Look in the lower left-hand corner, and you'll spot this: 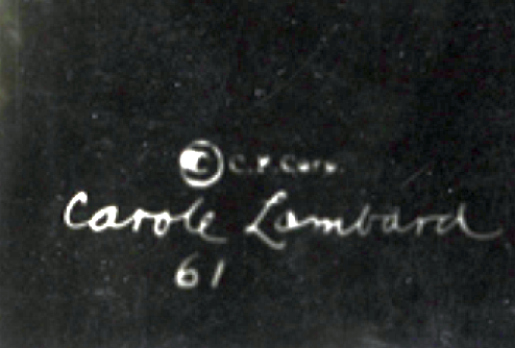 You can barely make out the "C.P.", standing for Columbia Pictures. I'm guessing this was taken at Gower Gulch fairly early in Carole's Columbia tenure -- perhaps in mid-1932, while she was making "Virtue," her first film for Harry Cohn.

This is a pic I've never seen before, and it's impressive. Moreover, it's an 8" x 10" original on glossy single-weight stock, listed "in fine condition with crinkling where the paper did not set perfectly when printed."

Two bids, topping out at $6.50, have been made as of this writing; since the auction doesn't end until 9:52 p.m. (Eastern) a week from Sunday and the image is relatively rare, there's an excellent chance this will significantly increase by that time. If you feel like making a bid, visit http://www.ebay.com/itm/RARE-CAROLE-LOMBARD-1930S-ART-DECO-GLAMOUR-PORTRAIT-PHOTOGRAPH-HOLLYWOOD-REGENCY-/231311707185?pt=Art_Photo_Images&hash=item35db408c31.
Collapse