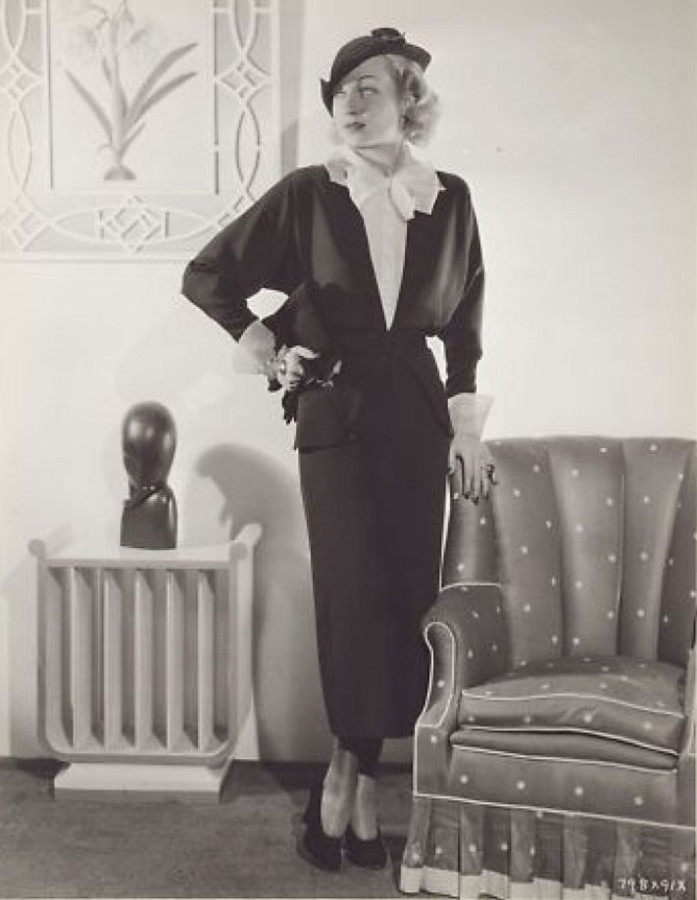 Many a movie star worked in Culver City during the classic era, and Carole Lombard was no exception. But her experiences in that town were somewhat unusual in that her best work there came at the lot used by Selznick International Pictures for "Nothing Sacred" and, to a lesser extent, "Made For Each Other." The more famous MGM lot a few blocks north on Washington Boulevard? Carole made but one film there, and it wasn't much -- the 1934 programmer "The Gay Bride." (Above is a fashion shot to promote the film, possibly taken by Clarence Sinclair Bull.)

A bit of memorabilia from that film has popped up on eBay -- an original portrait of Carole with leading man Chester Morris, a shot I've never come across before: 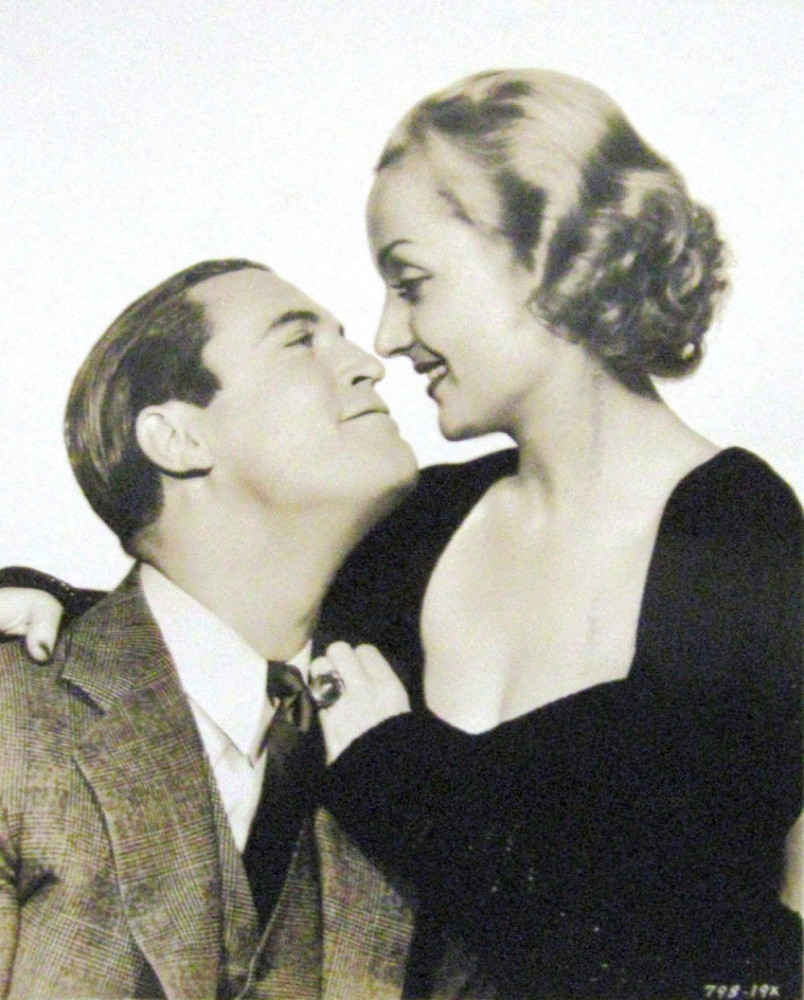 The seller says it's in "Good condition with no bent corners; there is some chafing on Carole's neck but it is not a scratch on the photo; it appears to be part of the original image."

Bidding for this item begins at $10, with the auction set to end at 6:10 p.m. (Eastern) Saturday. You can get in on the action or simply learn more by visiting http://www.ebay.com/itm/ORIGINAL-PUBLICITY-PHOTO-CAROLE-LOMBARD-CHESTER-MORRIS-1934-THE-GAY-BRIDE-/321497597261?pt=LH_DefaultDomain_0&hash=item4adac0054d.

Our latest Lombard LiveJournal header has no head, but it has hands, as Carole shows them off complete with her famed star sapphire bauble. It's Paramount p1202-495, and yes, you've gotta hand it to her (groan).
Collapse