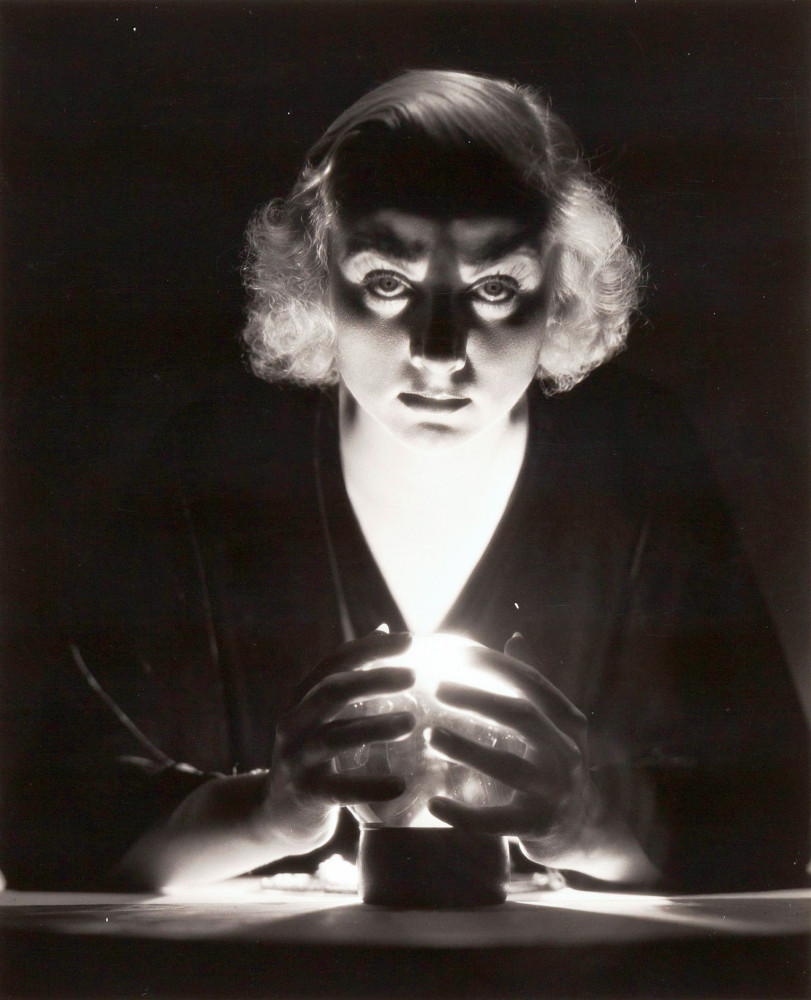 "Supernatural" isn't the worst feature Carole Lombard ever made -- if she thought it had been, she'd have named it over "The Gay Bride" (or possibly the later "Fools For Scandal") -- but it's certainly the most atypical film in the Lombard canon. The very thought of putting Carole into a horror movie sparks a "what were they thinking?" reaction; the only thing she had in common with Fay Wray is that both were at one time romantically attached to writer Robert Riskin (although Wray married him and Lombard didn't).

But one hilarious residue of Carole's candidacy as a "scream queen" is now for sale at eBay -- the May 1933 issue of Shadoplay, the short-lived subsidiary of Photoplay, which features one of the weirdest articles (and arguably the strangest headline) ever written about Lombard: 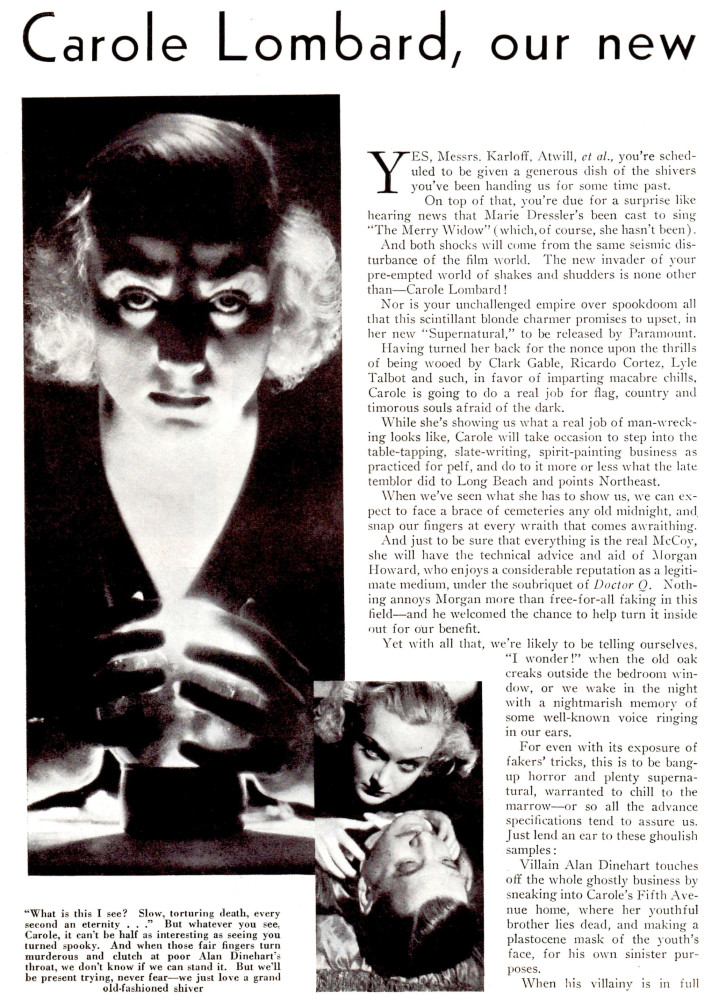 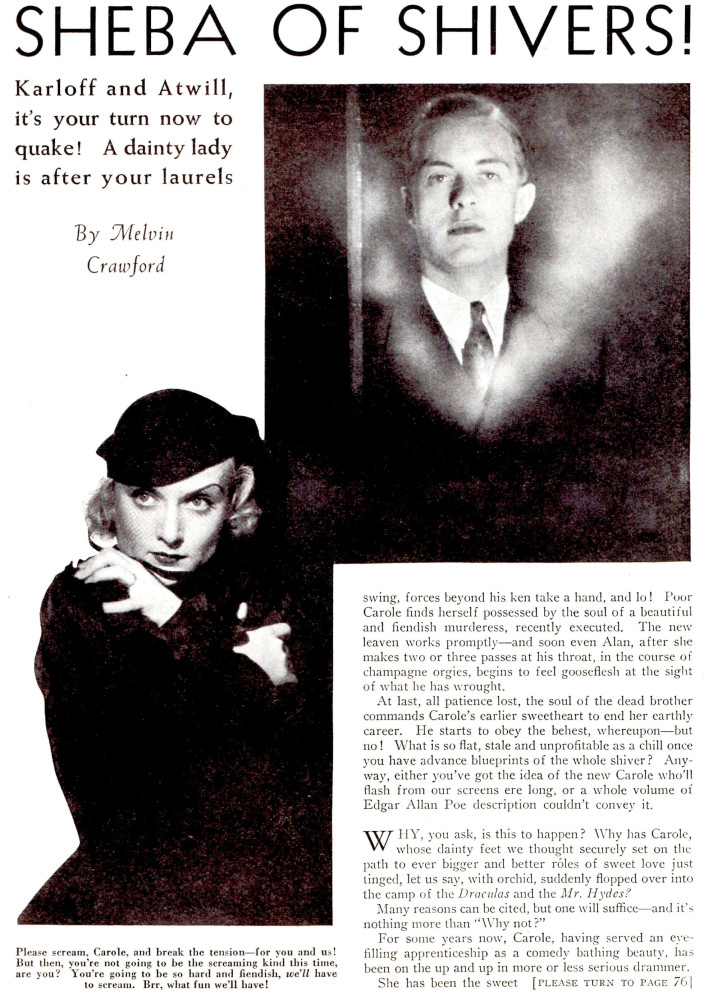 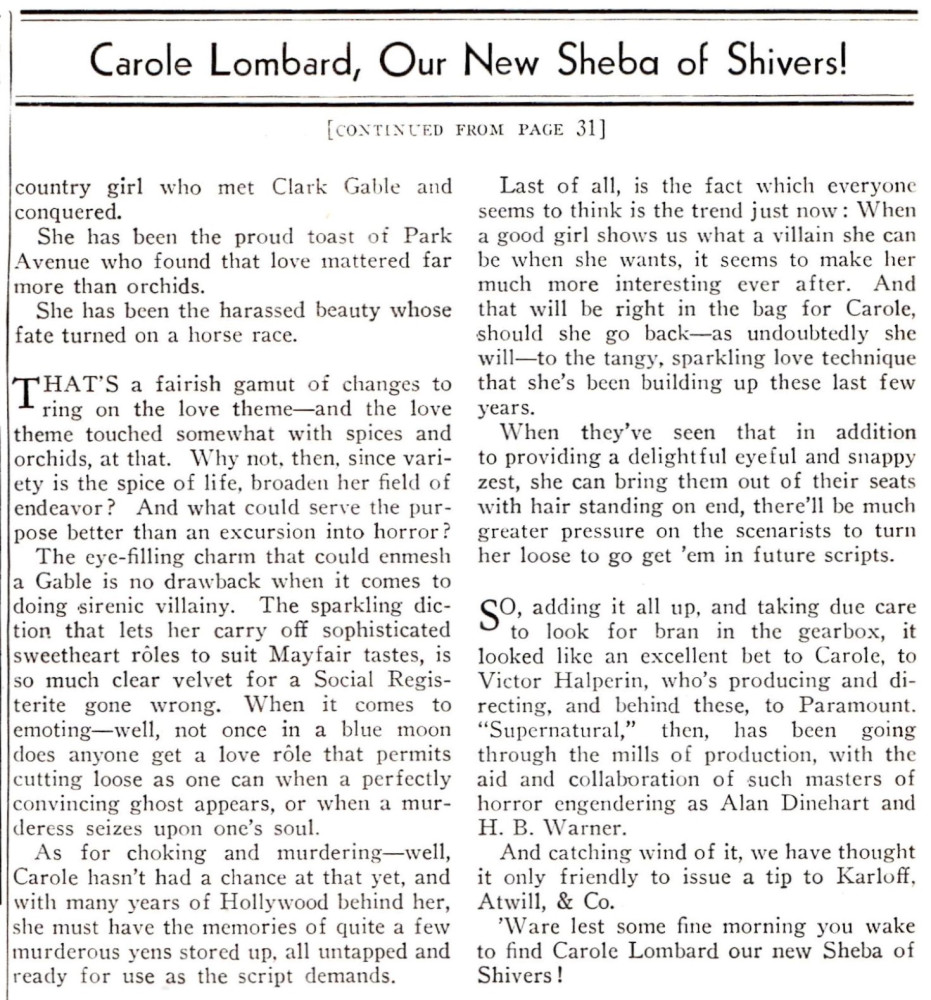 We wrote about this nearly a year ago (http://carole-and-co.livejournal.com/629995.html), and the magazine has surfaced on eBay, with Tala Birell on the cover: 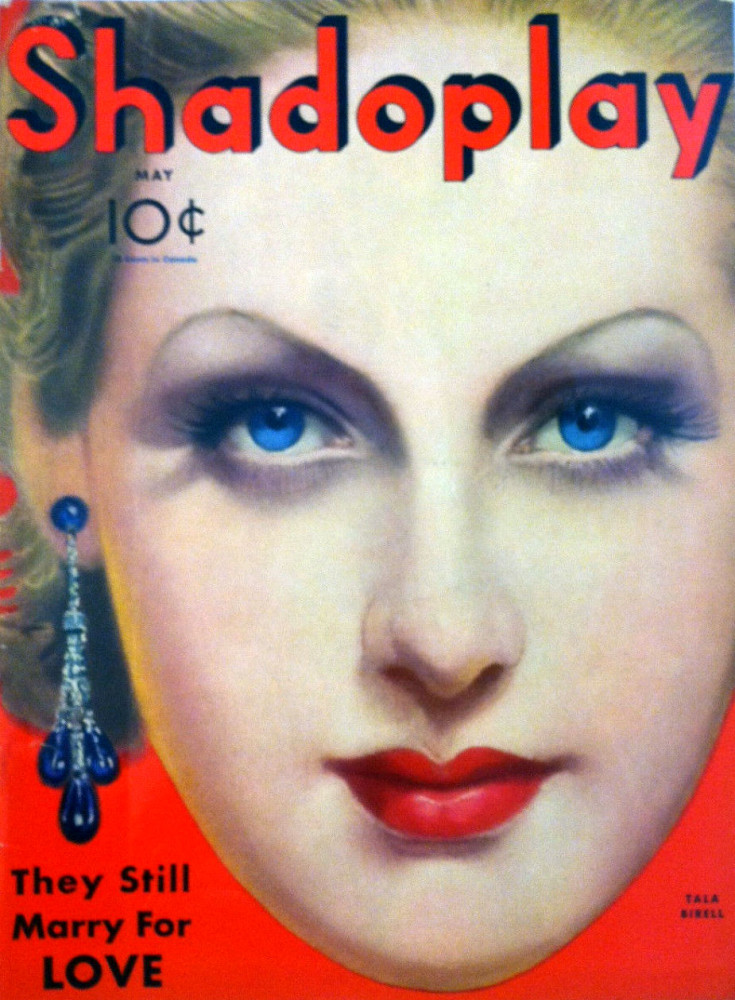 Most of us know that Carole was a Howard Hawks heroine, but how many know that Joan Crawford was one, too? 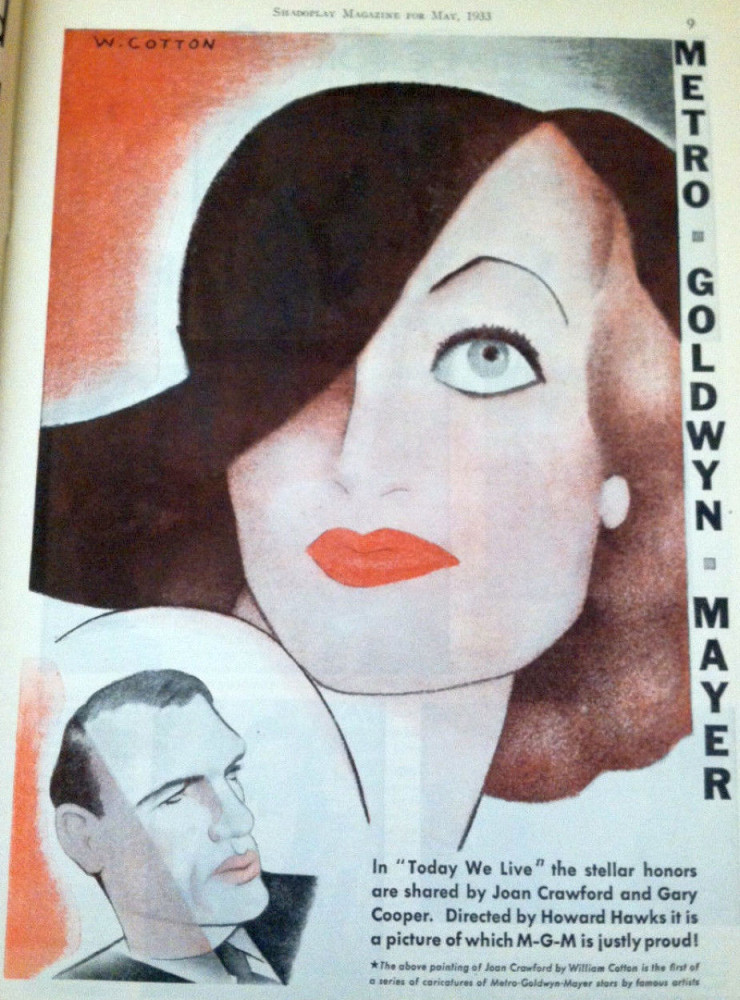 The magazine is in good condition, though it's "missing page 73/74 (appears to have been a portrait page) with no cut outs. Front cover has some age wear, a chipped top right corner, a chipped top left corner, some scratches/scuffs at the top left corner, a light crease along the left and some dirt between Miss Birell's eyes. Spine looks good, a few small white stress marks. Back cover looks nice, some dirt. Interior pages have age yellowing."

Face between hands, a blonder than usual Carole poses for the camera in our latest Lombard LiveJournal header, Paramount p1202-494.
Collapse