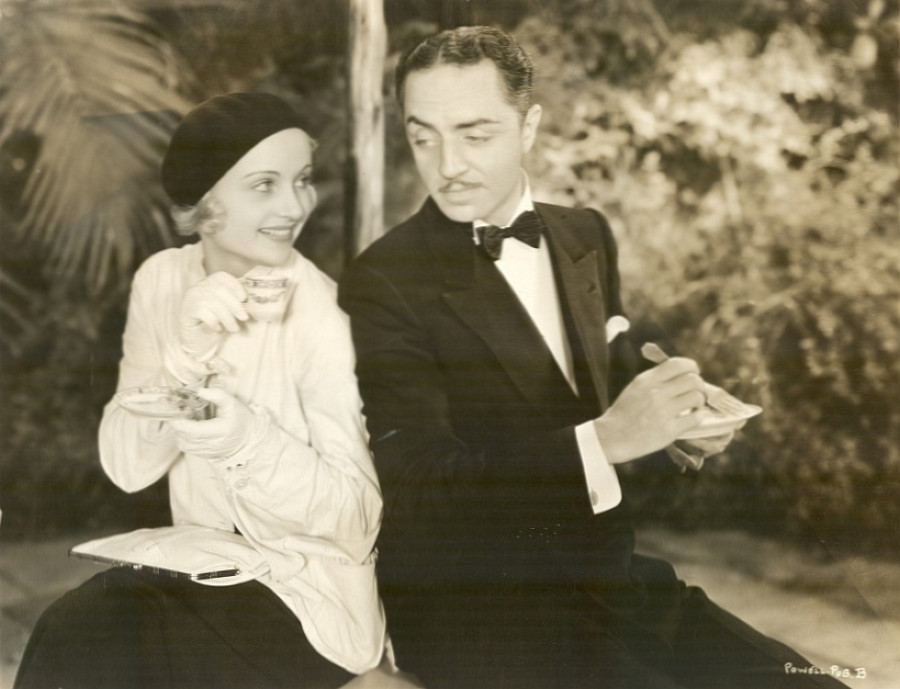 It's the spring of 1933, and around the Hollywood press corps, the word is that Carole Lombard's marriage to William Powell may be on shaky ground. The editors of Screenland magazine, keeping their fingers crossed, go ahead anyway with a profile of the couple. It's an "analysis" by William E. Benton -- not quite astrology, but certainly in the same neighborhood. 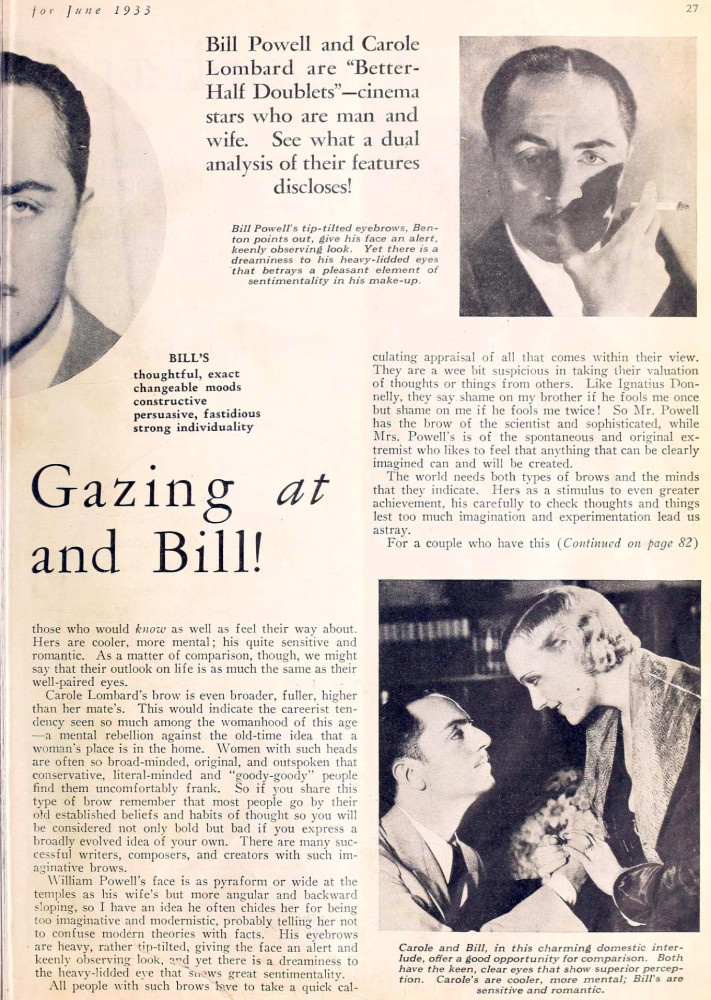 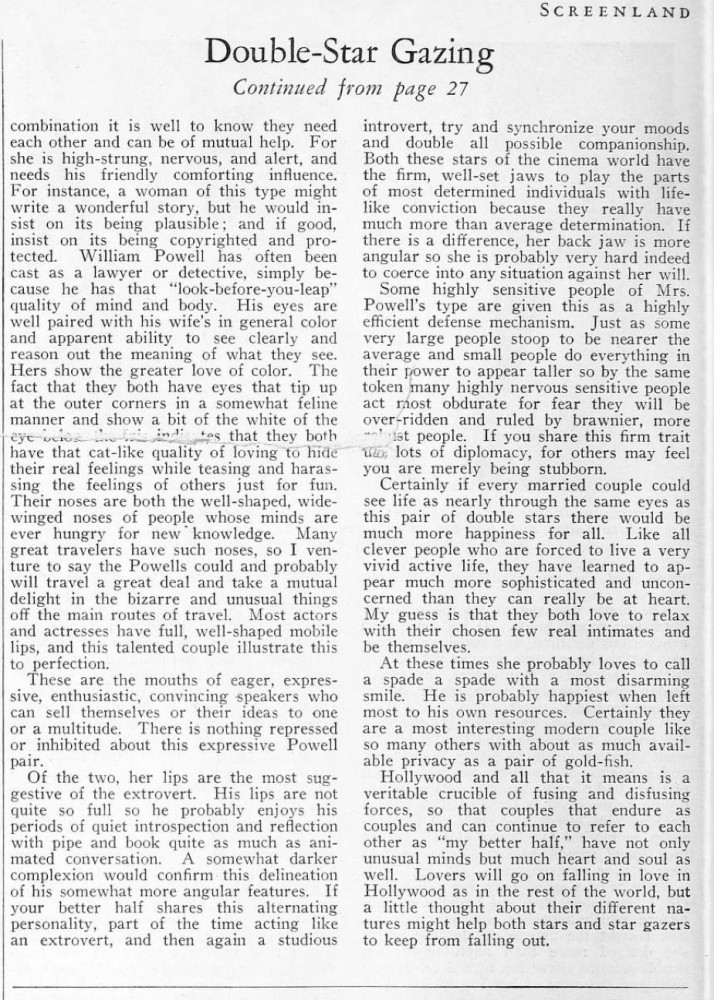 Hokum, to be sure -- but this story includes two Lombard-Powell images I've never seen before. I'm particularly fascinated by this one: 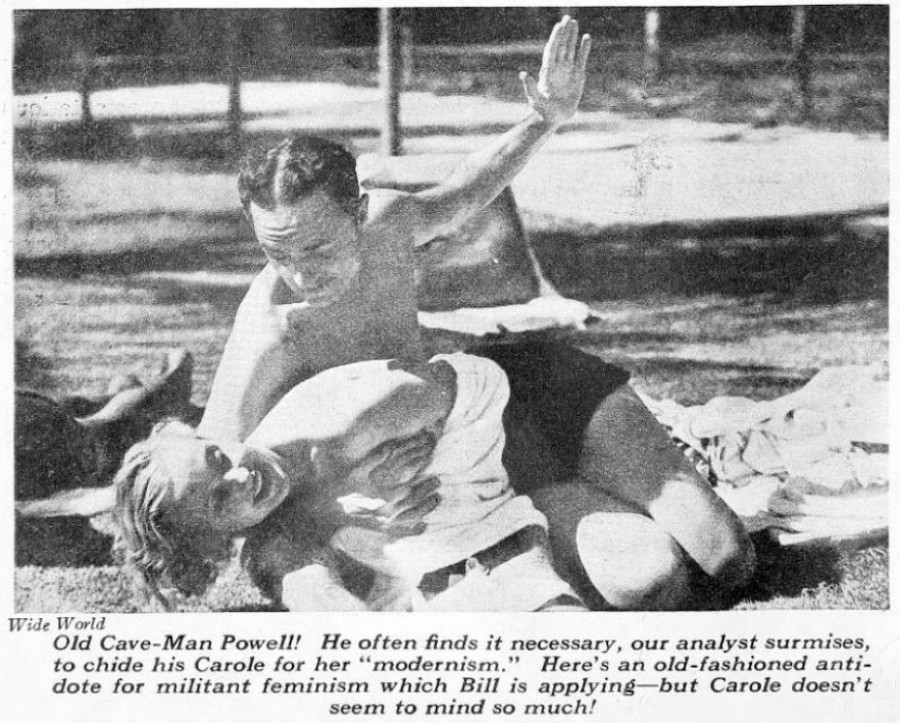 If "Fifty Shades Of Grey" had been issued in 1932, might this marriage have been saved?

Another pic is more conventional, but nonetheless intriguing: 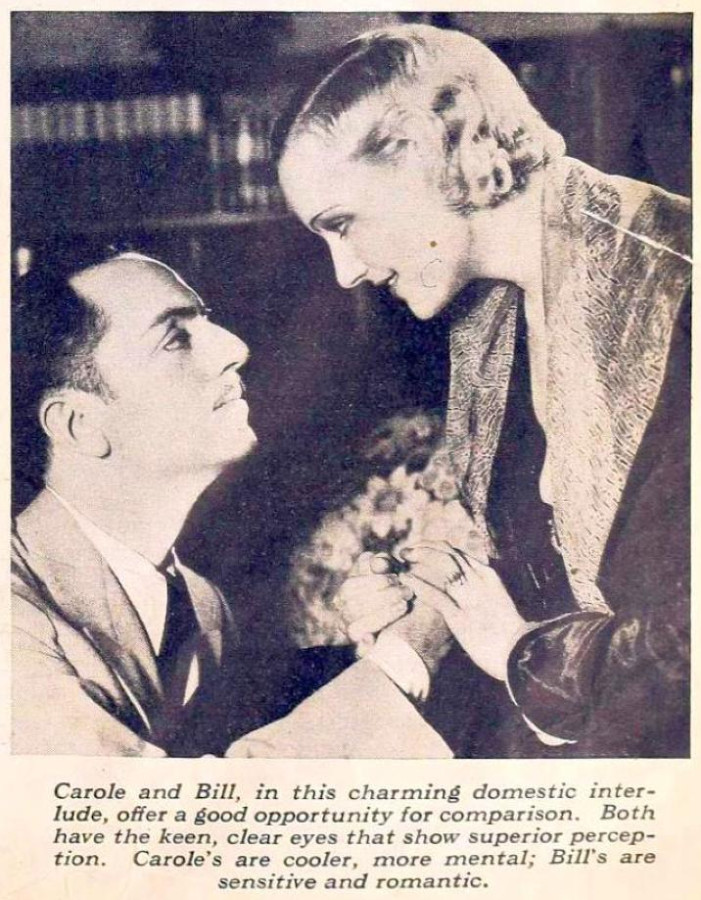 As things turned out, Carole would head to Nevada in late June to establish Nevada residency for a divorce, which took place in mid-August. So this was fortuitous timing by the magazine.

Lombard is featured elsewhere in the issue, such as in a review of "From Hell To Heaven": 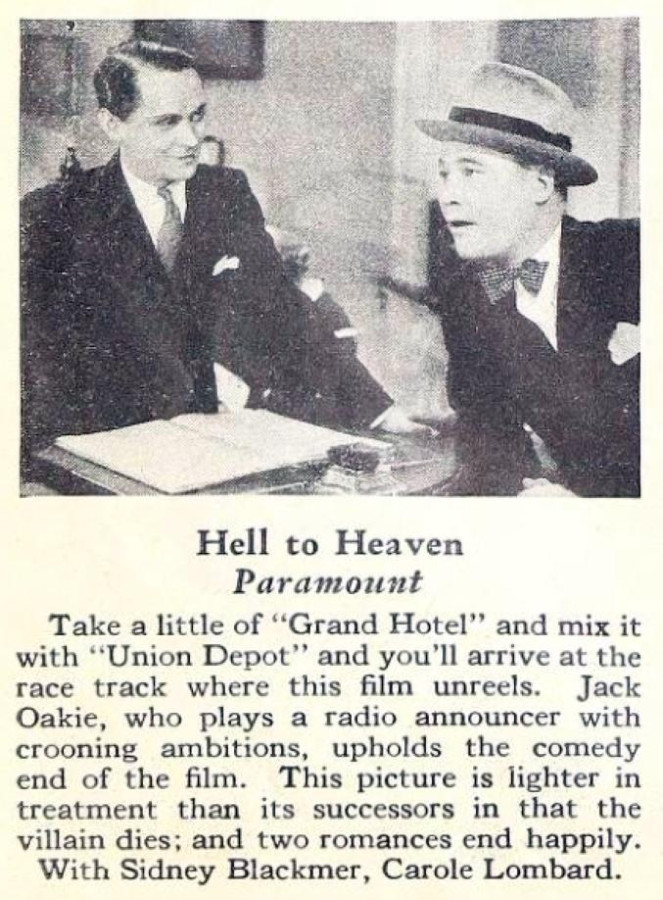 There's a story about Carole's famed star-sapphire ring being briefly lost, then found: 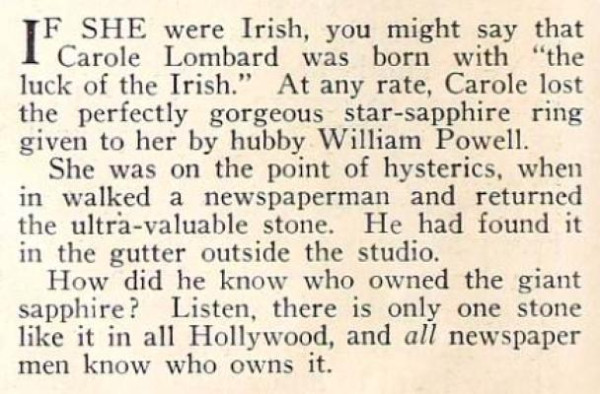 And we learned that Lombard converted her dressing room into a de facto tea room...a very popular late-afternoon spot for Paramount personnel, including more than a few fellow stars. Got any Earl Grey, Carole? 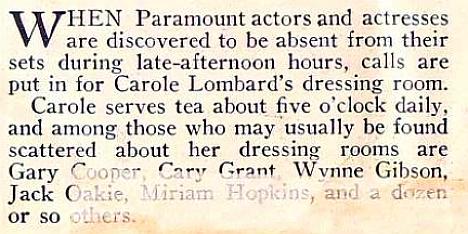 Constance Bennett, the actress who according to legend eased Lombard and fellow player Diane Ellis off the Pathe lot in late 1929 because she wanted no blonde competition, graced the cover of the June 1933 Screenland: And inside, younger sister Joan discussed Connie in length. From reading her later book, "The Bennett Playbill," it corroborates their relationship -- they were affable, but entirely different personalities: 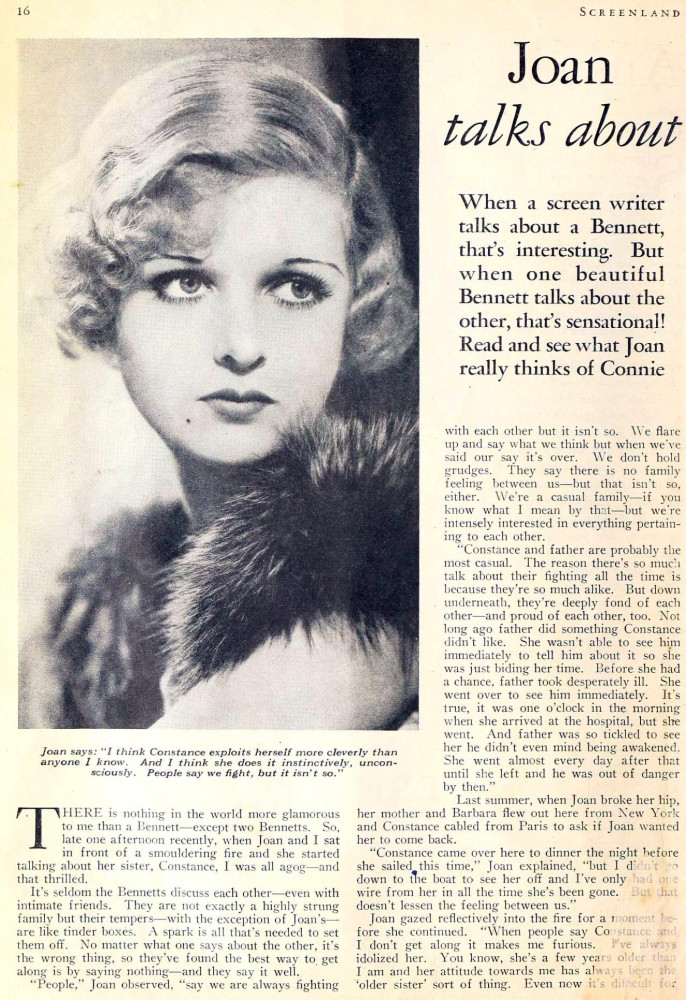 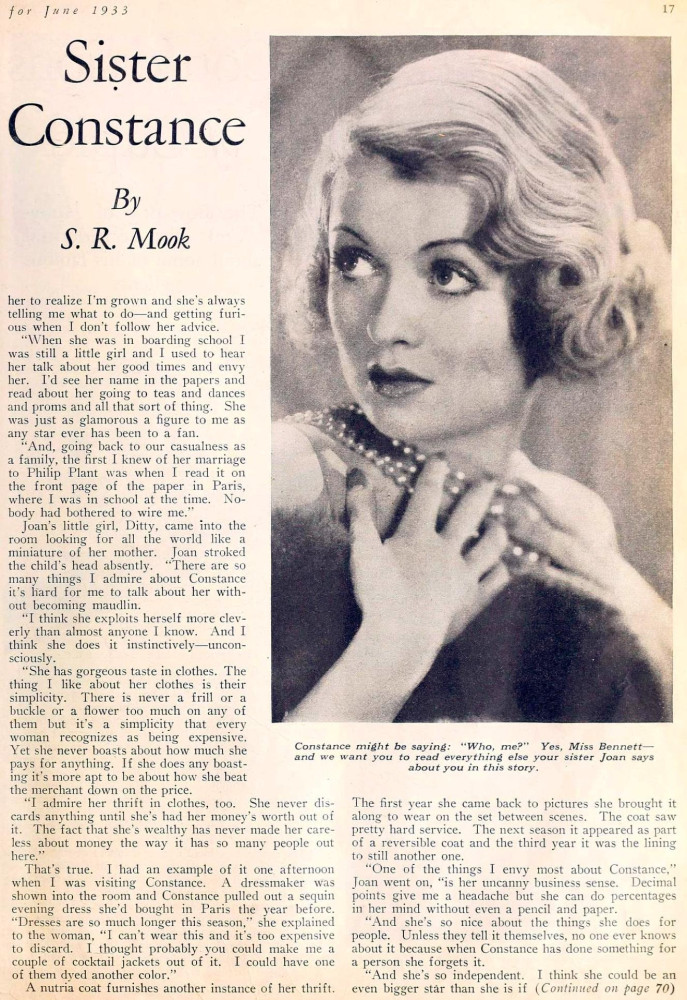 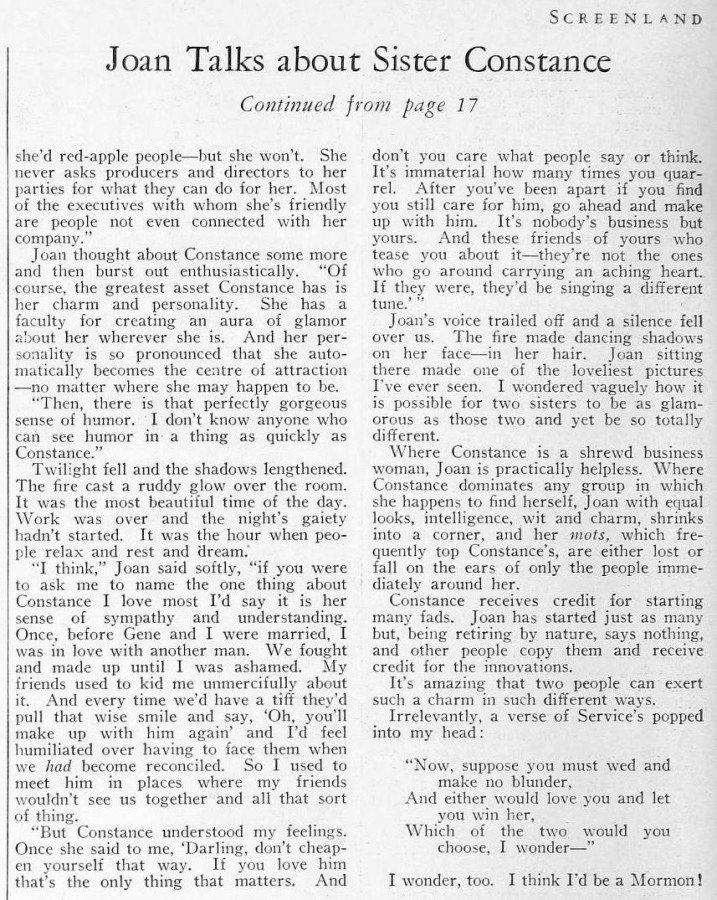 Screenland proudly proclaimed "Exclusive!" to an interview with Amelia Earhart, whose ties with the motion picture industry were closer than one might think. Here she is alongside Cary Grant, probably while she was working as a consultant on Paramount's "Wings In The Dark": The interview discusses aviation and its portrayal in the movies, and is well worth a read. I know Earhart met Myrna Loy, as I've seen photos of the two, but I have no idea whether Amelia ever met Carole, who like her would end up an aviation victim. 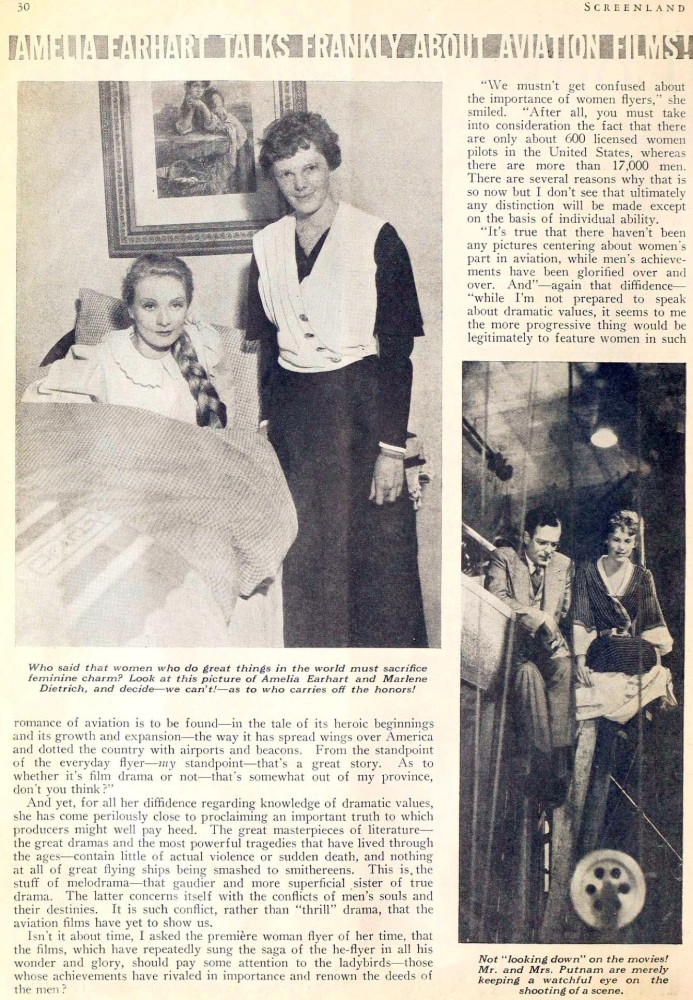 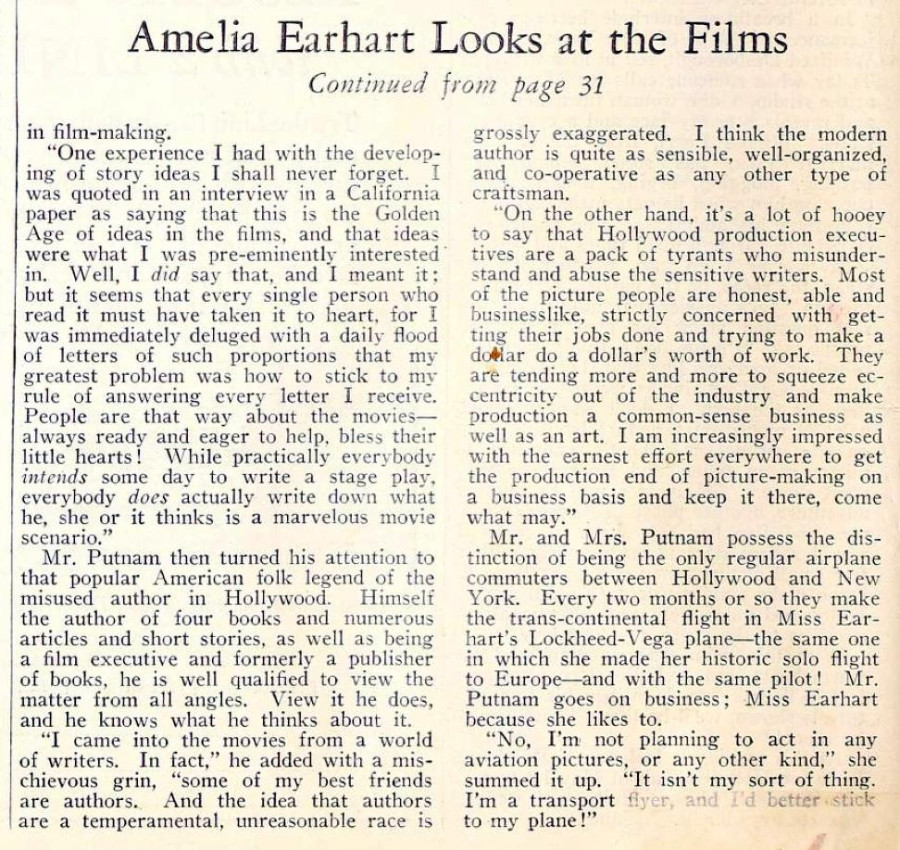 Another poster called attention to an item for sale on eBay CLARK GABLE SIGNED AUTO CAROLE LOMBARD ESTATE DOCUMENT ROLLS ROYCE W/COA 1942. The seller incorrectly lists that the document pertains to a Rolls Royce. The document is in fact a settlement from Lombard's estate in the amount of $3.51 for a parts repair at the Hillcrest Motor Co. 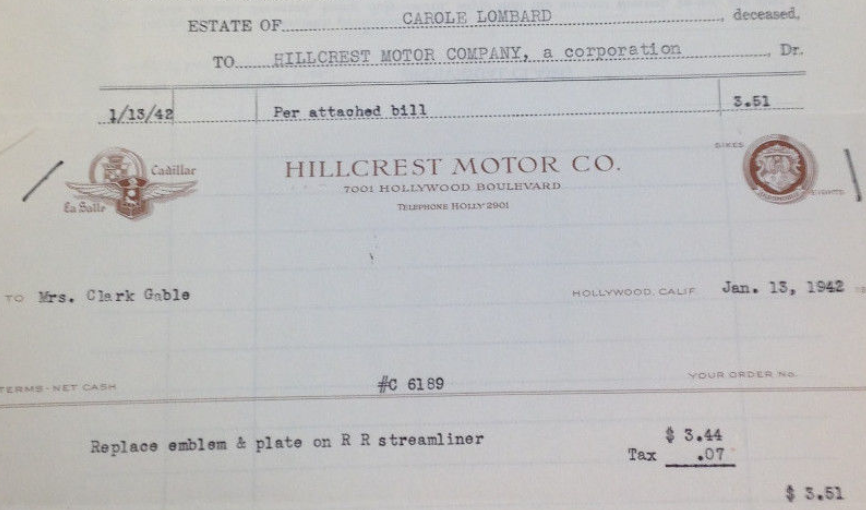 The assumption that the vehicle is a Rolls Royce comes from the repair listed as "replace emblem & plate on RR streamliner". It's true that there was a vehicle called the Rolls Royce Streamliner but this dealership, Hillcrest, didn't deal in Rolls Royces. A closer look at the bill of sale shows the logos for Cadillac and LaSalle. And an even closer look lists the model number of the vehicle as 41-62. The 41-62 is a 1941 Cadillac, Series 62 similar to the one in the image below. And I'm 99.9% sure what was being replaced was the emblem on the rear wheel indicated by the yellow arrow. RR most likely meant Right Rear not Rolls Royce. 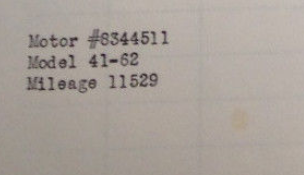 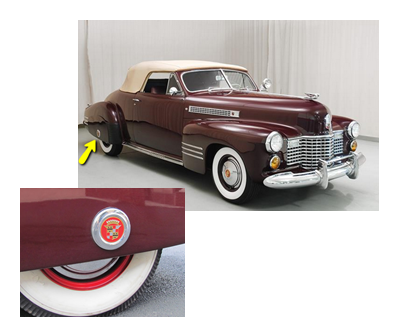 But what's most fascinating is my search led me to a page that discusses Gable buying this 1941 cadillac and giving it to his wife, Lombard. This auto and two other Gable cars are owned by The Petersen Automotive Museum, all likely sold by Kay Gable prior to her death.

So all the pieces fit that the bill of sale from Hillcrest Motor Co. settled by the Carole Lombard estate was for a 1941 Cadillac given to her by Gable (seen on the left in the photo below). It was sent in for a repair with a dated bill of January 13, 1942. Did Gable drop it off or his secretary, Jean Garceau? Is it possible Carole took it in the week before? We'll never know but what we do know is that on Tuesday, January 13th, Carole was on the first leg of the bond tour. It's no wonder Gable kept the car. It was her car. 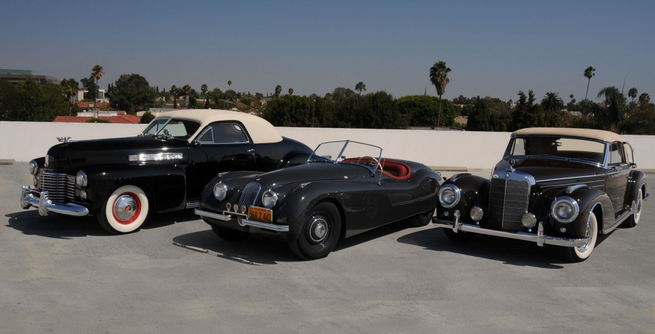