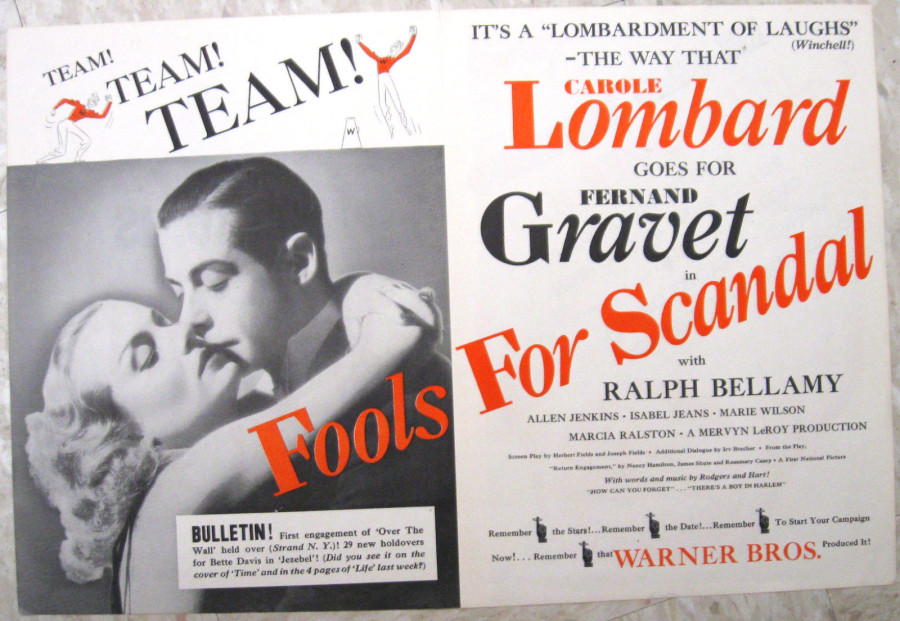 "Fools For Scandal" invariably ranks pretty low on anyone's list of Carole Lombard features -- there's a reason Turner Classic Movies buried it in the middle of the night (Eastern time) on Carole's recent Summer Under The Stars day -- but that's no reason to take it out on the memorabilia associated with the film.

Six photographs and two lobby cards (all originals) are up for auction, all from the same seller. But you'll need to act fast; bidding closes on Friday for four of the photos, on Saturday for the two other pics and on Sunday for the pair of lobby cards.

Bidding on one image begins at $10: 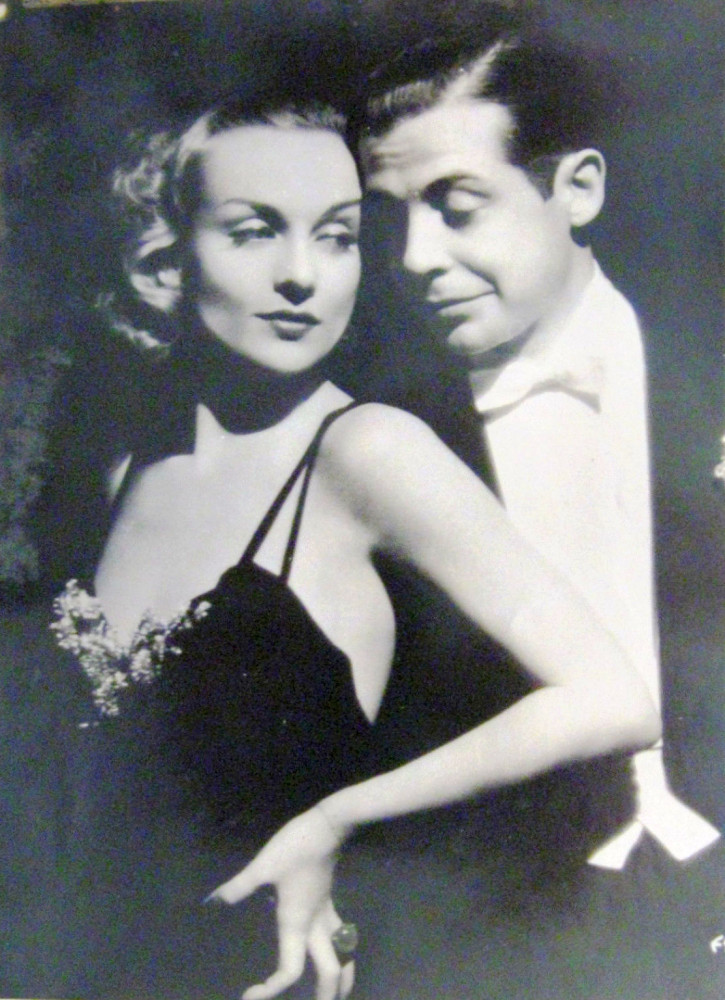 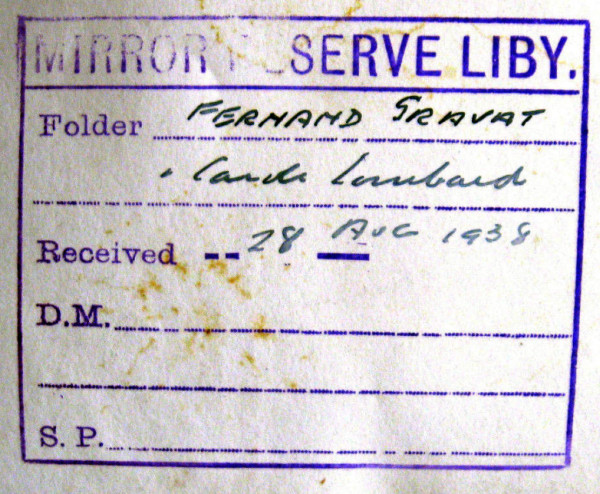 The other five pics have initial bids of $15: 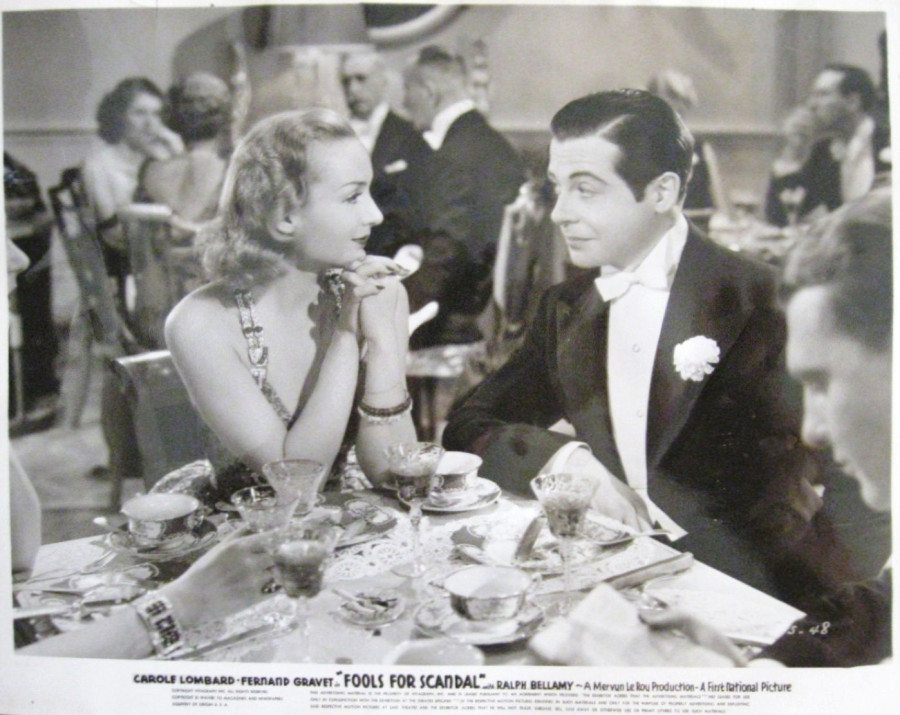 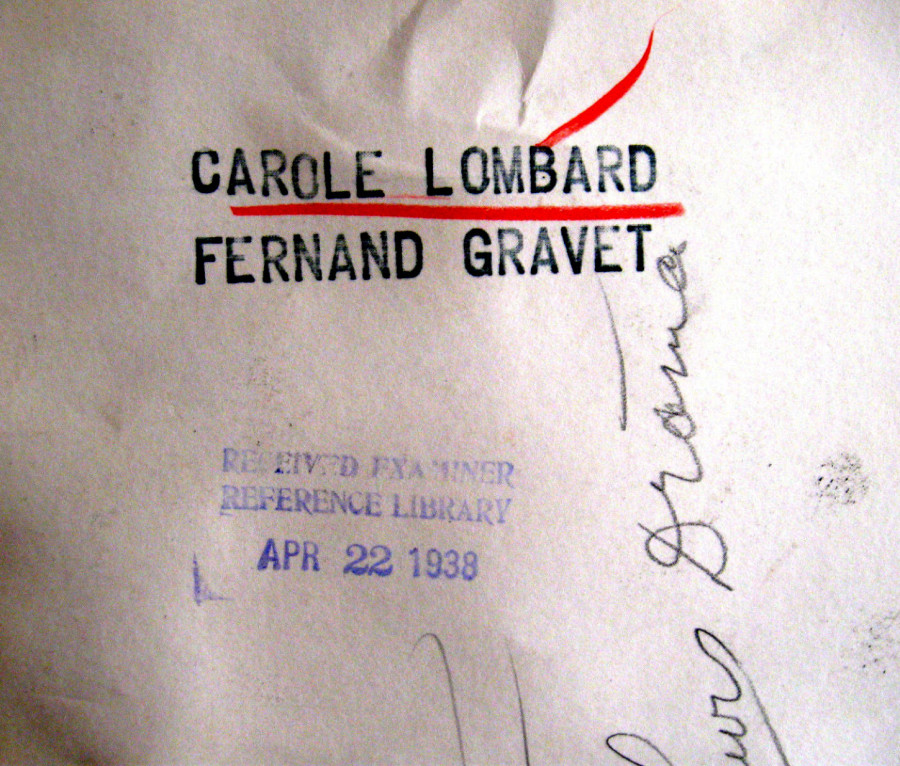 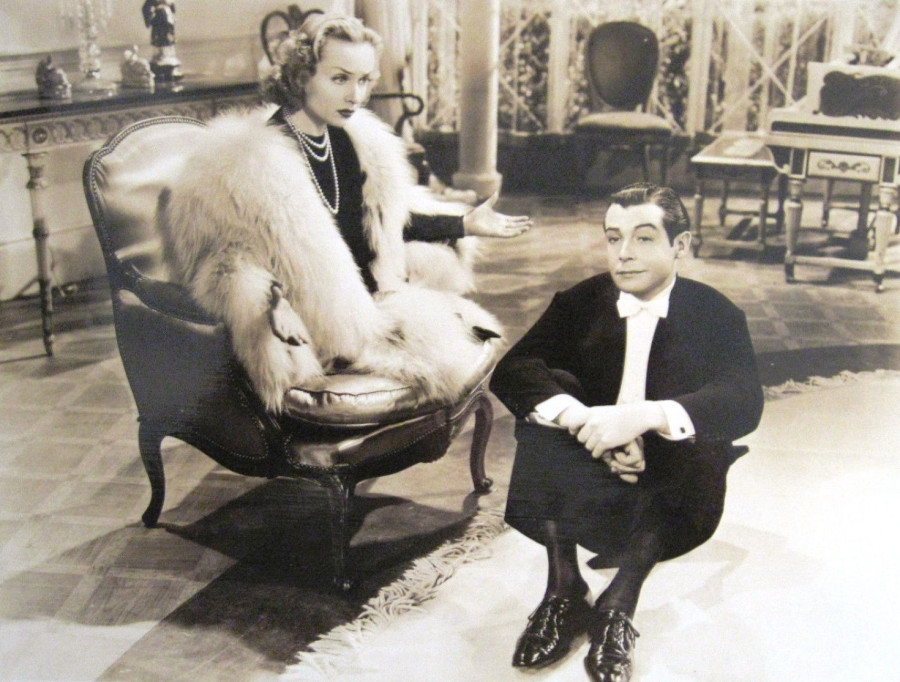 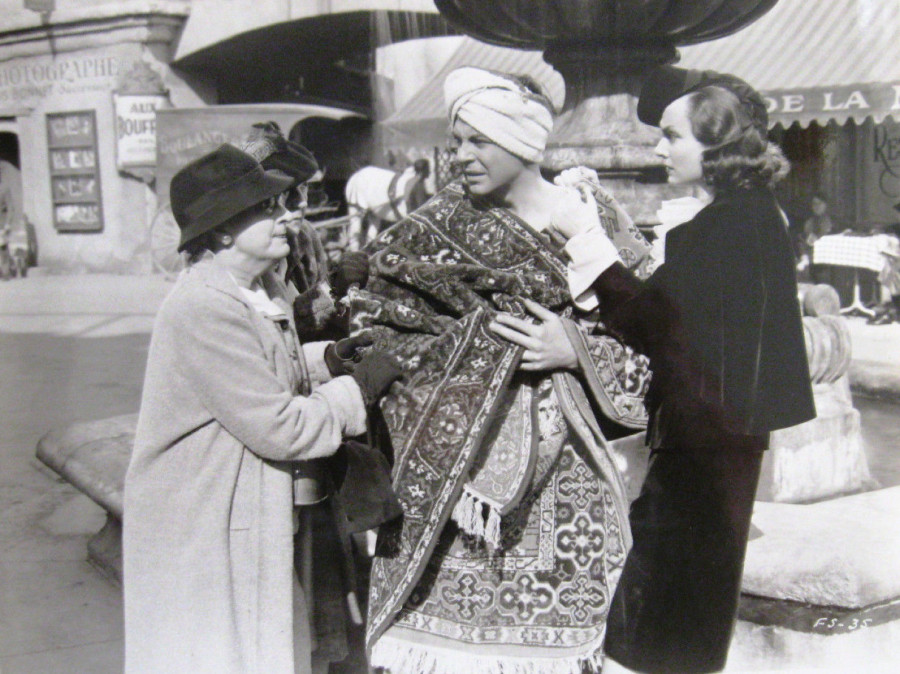 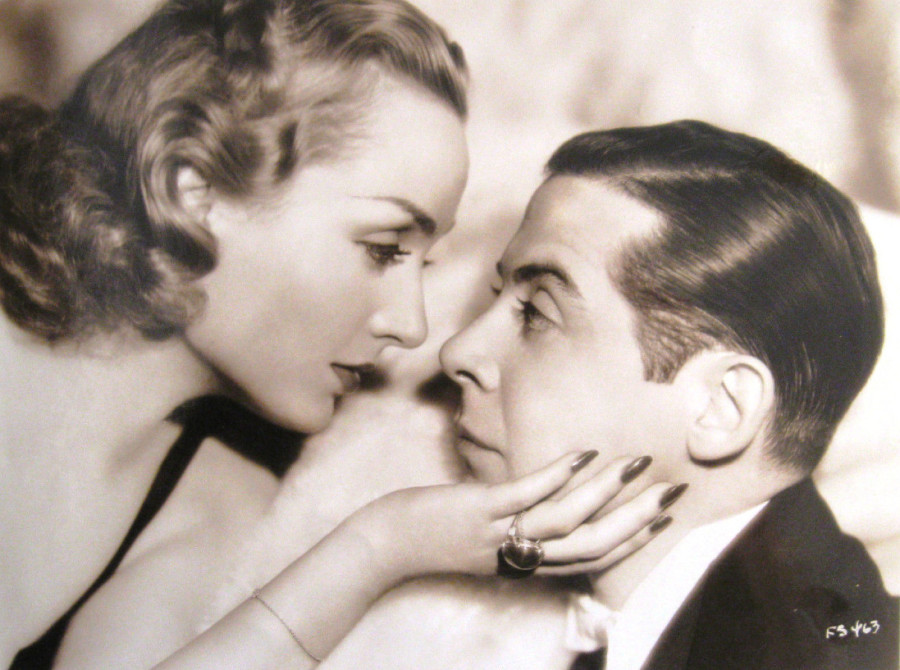 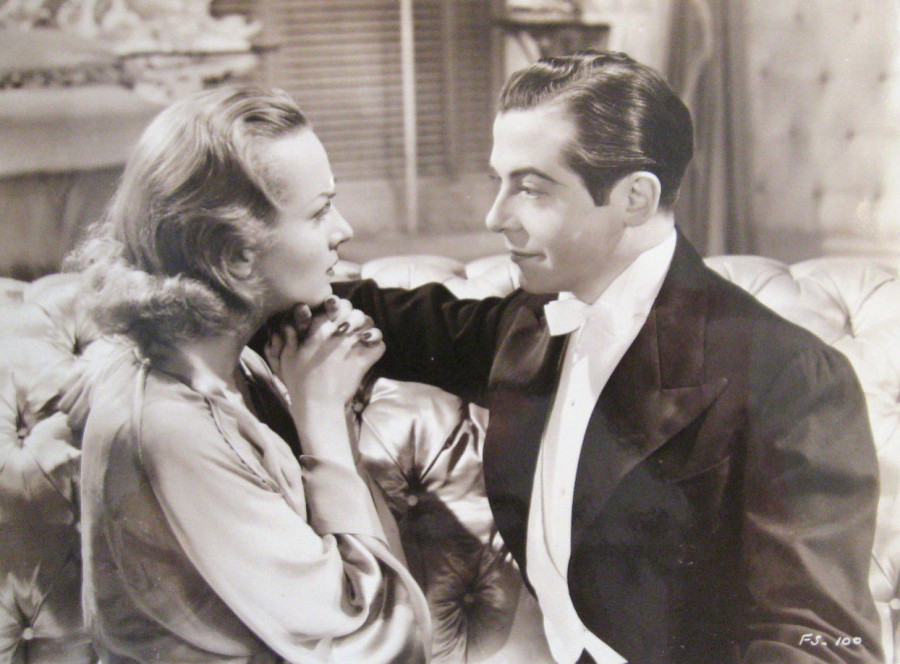 As for the lobby cards, bidding begins at $100 for both: 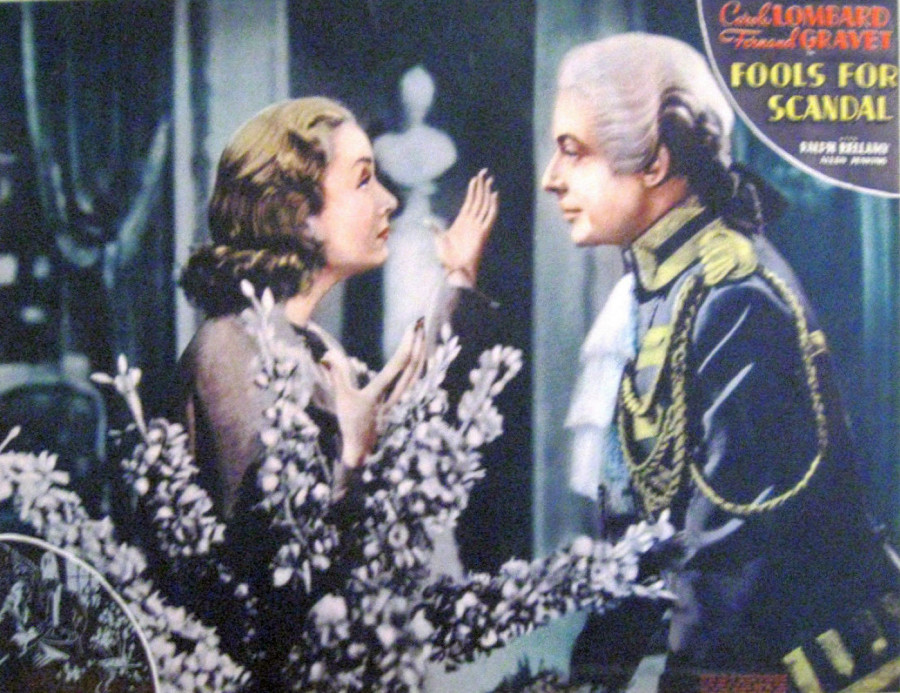 Love the look from Ralph Bellamy as he holds his cigar while Carole soothes her aching stocking feet -- "Sorry, dearie, in this movie you play the sap!" (Though I'm certain that Lombard would genuinely have been thrilled to learn that two decades later, Bellamy would portray her beloved Franklin D. Roosevelt on both stage and screen in "Sunrise At Campobello.")