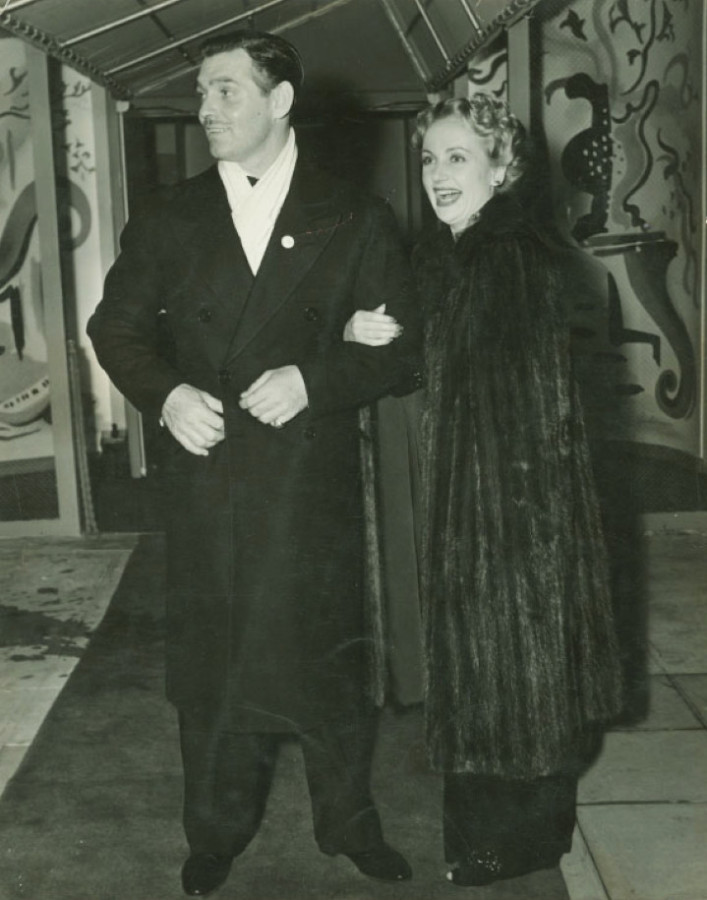 Carole Lombard and Clark Gable didn't hit the nightclub scene often once they were married, but here's one of the few exceptions. It's from January 1941, following the Greek War Relief benefit radio broadcast at Grauman's Chinese Theater, and they're at the Mocambo (which had just opened on Jan. 3) on Sunset Boulevard in West Hollywood.

However, today's entry isn't on the couple's social life, but on the financial details facing the Lombard estate after Carole's unexpected death in January 1942. We've touched on such matters before (http://carole-and-co.livejournal.com/669831.html, http://carole-and-co.livejournal.com/670217.html), and now another document has emerged. This pertains to a claim against the estate by a local auto dealer. By matters of money, it's not very big -- less than four dollars for work done -- but look what it's for: 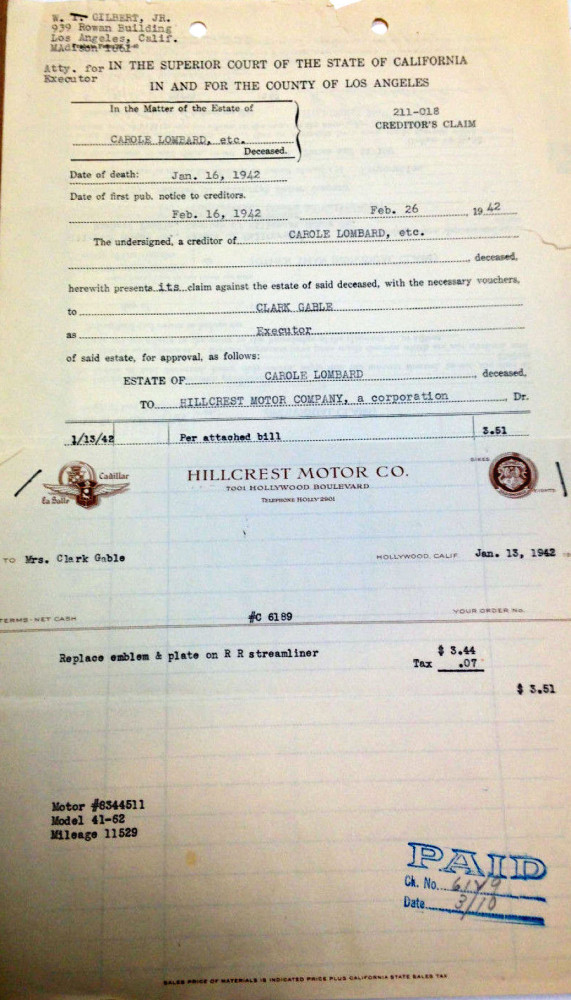 Can't read it well? Here are the top and bottom halves: 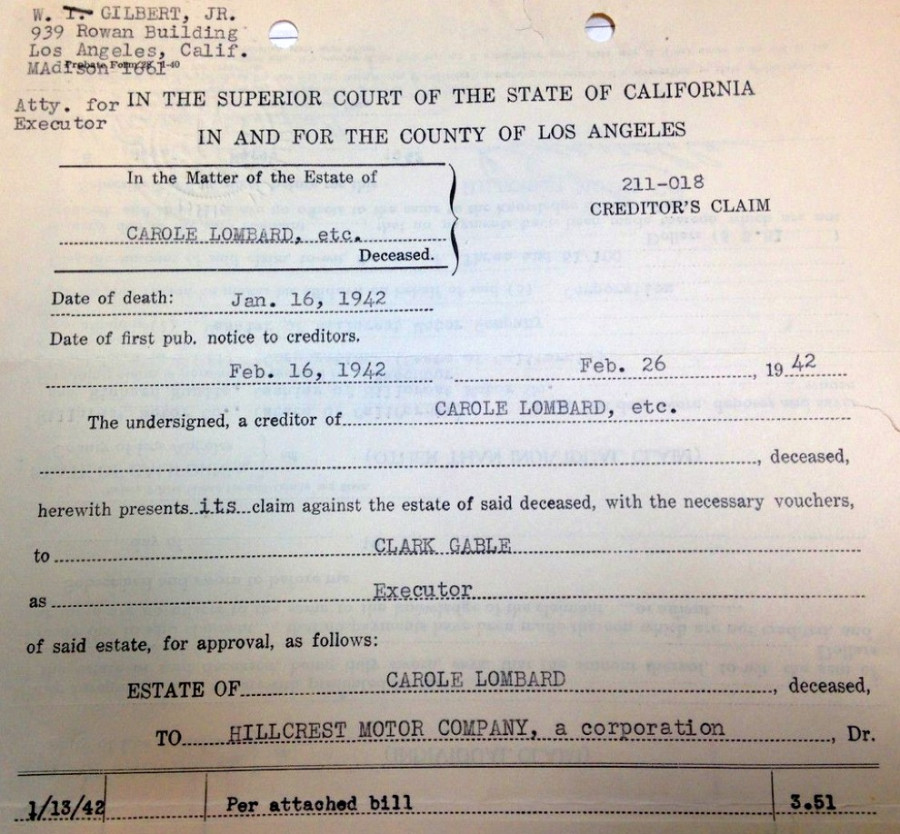 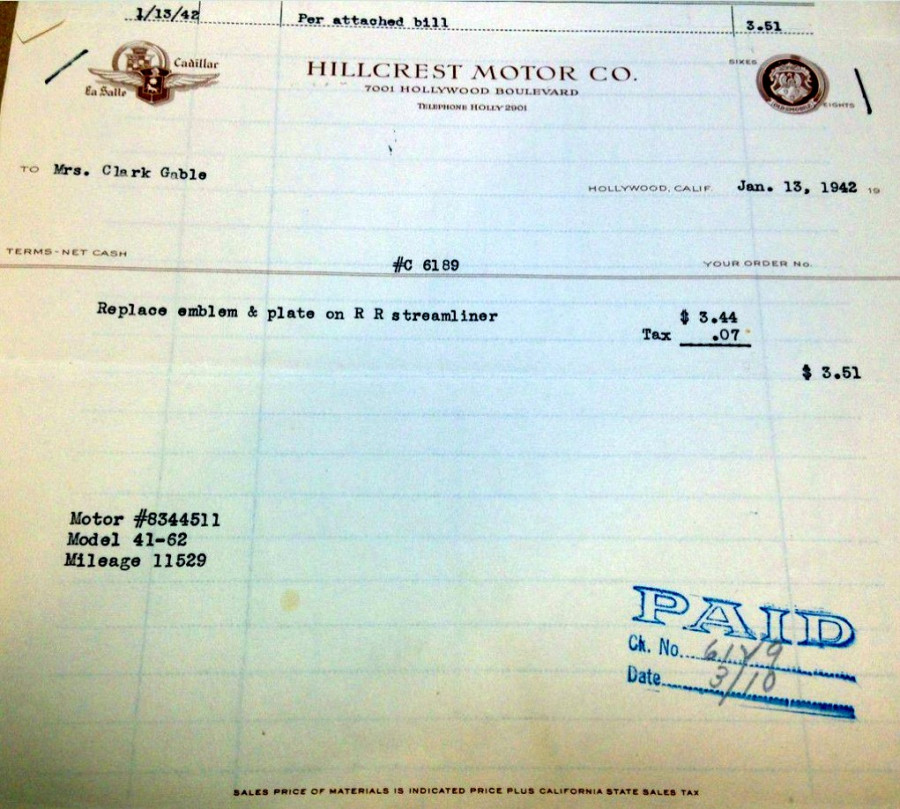 It's to replace the emblem and plate...on a Rolls Royce streamliner. Now, at first glance that doesn't appear to be consistent with Carole's image of lacking pretension, but with the money both sides of the household were making, she could afford to splurge. Or it's possible that this actually belonged to car buff Gable, but was registered in her name.

So, what does a Rolls Royce streamliner look like? First of all, it should be noted that the most recent models from the company were dated 1939; once World War II broke out, the company quickly shifted to producing engines and other material for the British war effort. And a listing shows no models specifically identified as "streamliners" -- this model, the 1939 Phantom III, comes closest to the definition:

If this was the car in question, no wonder Lombard -- who loved modernity in virtually all its forms -- was so enamored with it. And here may be the emblem and plate to be replaced: 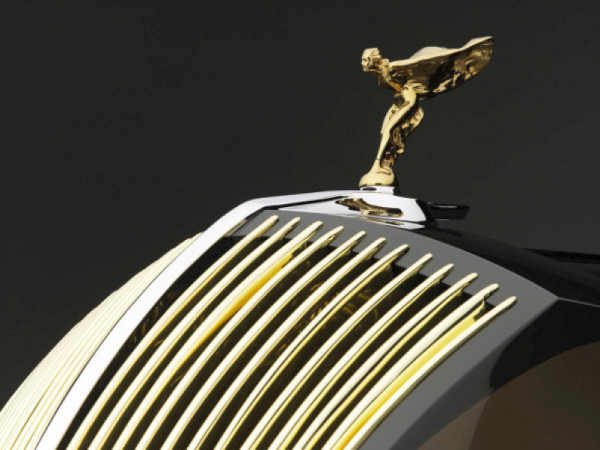 So now that you have a possible idea of the car, here's the rest of the document: 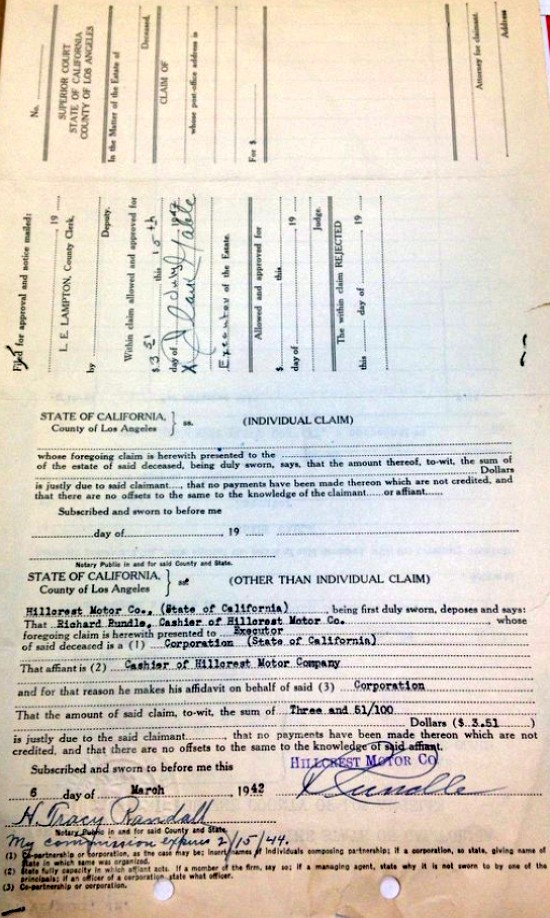 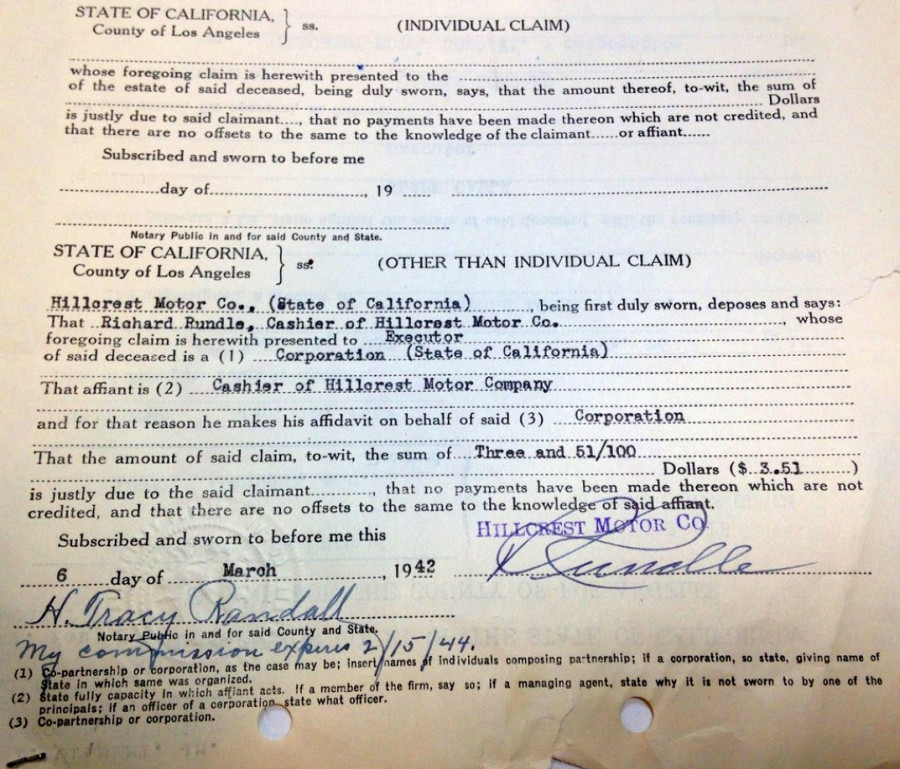 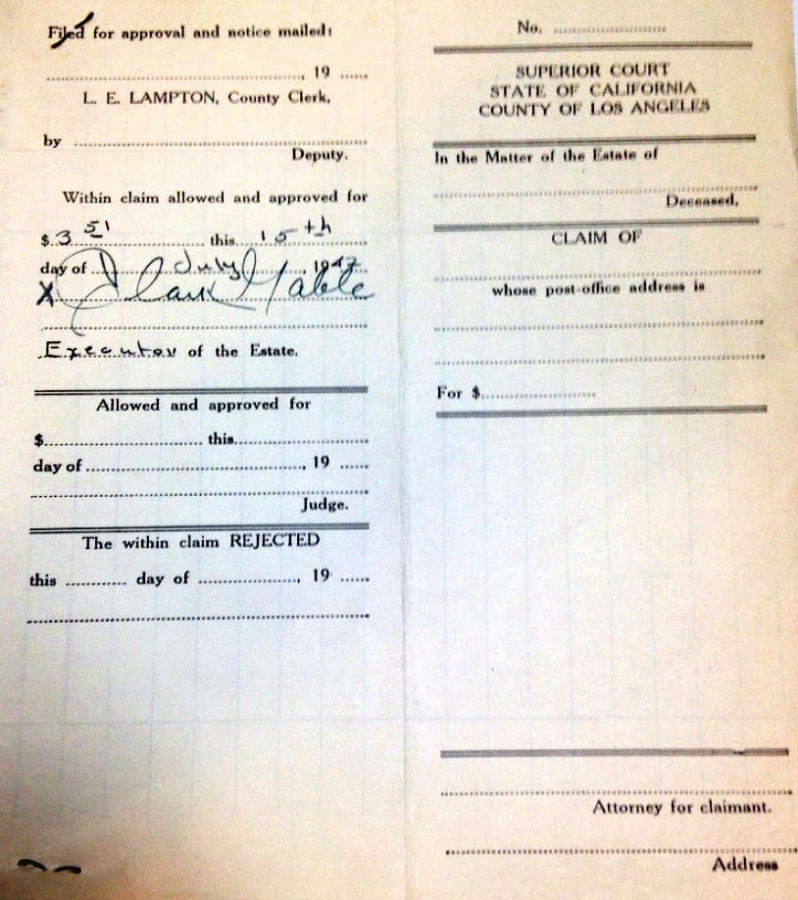 The seller also furnished a certificate of authenticity: 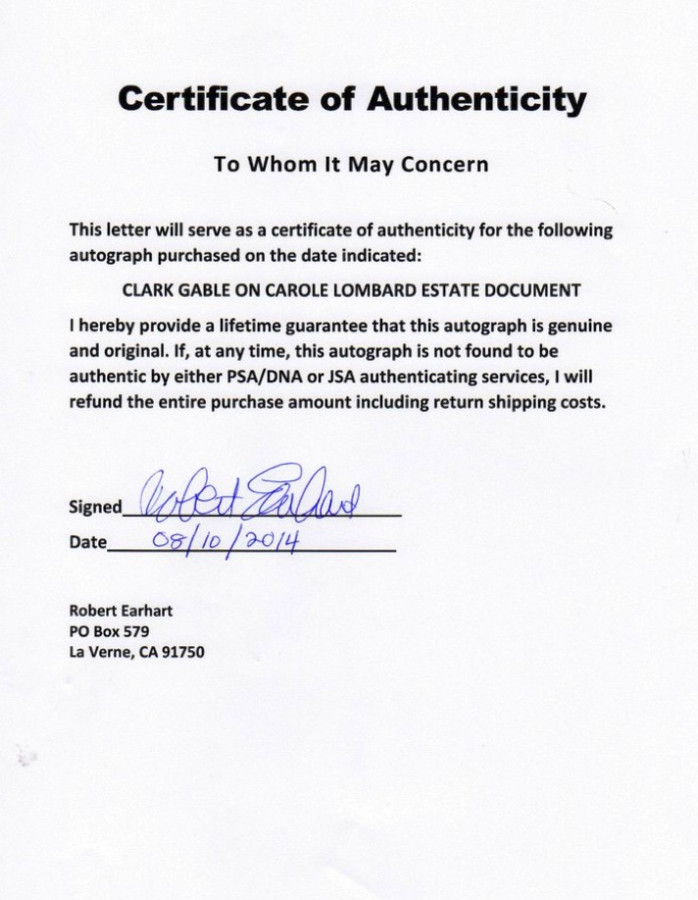 Today's a tragic day in the entertainment community, as we lost not only one of the most brilliant comic minds of our generation, but someone who became a truly good actor in both comedy and drama. Robin Williams, who had been plagued by severe bouts of depression for years, apparently committed suicide Monday at his northern California home. It's no secret Williams battled his own internal demons for a long time, including addictions to cocaine and later alcohol, and perhaps in a perverse way those battles ignited his genius. To his credit, however, he rarely if ever let it affect his relationships with people he'd meet; instead, he used his wit to win friends and make others feel at ease. I hope he's found the peace he sought in his turbulent life, and thank him for the humor and talent he gave us for nearly four decades. Heaven is enjoying a brilliant stand-up act tonight. 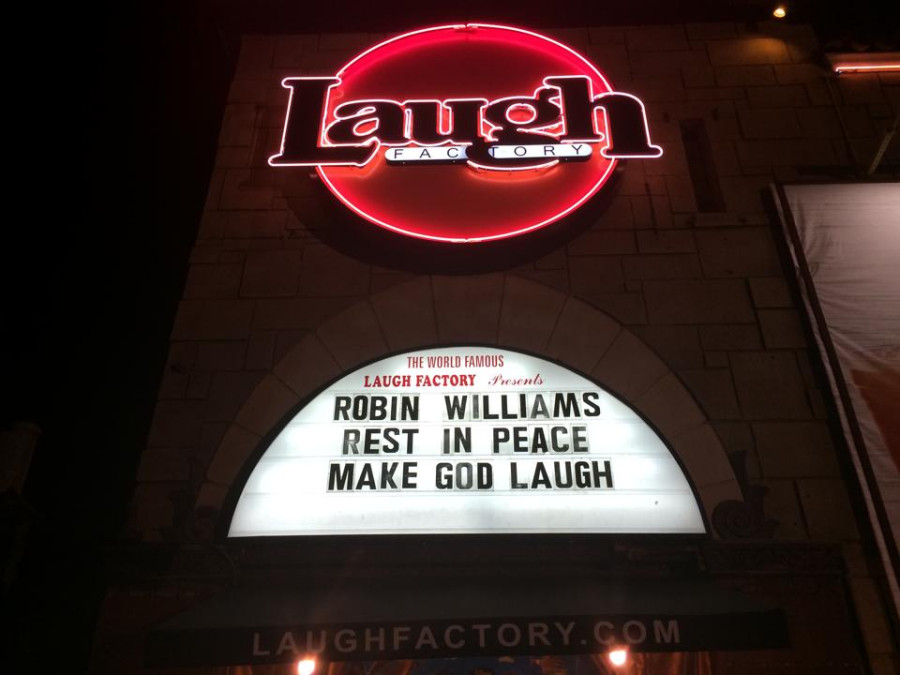 Our latest Lombard LiveJournal header is Paramount p1202-492, as Carole's holding a cigarette in her right hand and using her left to prop up her head.
Collapse