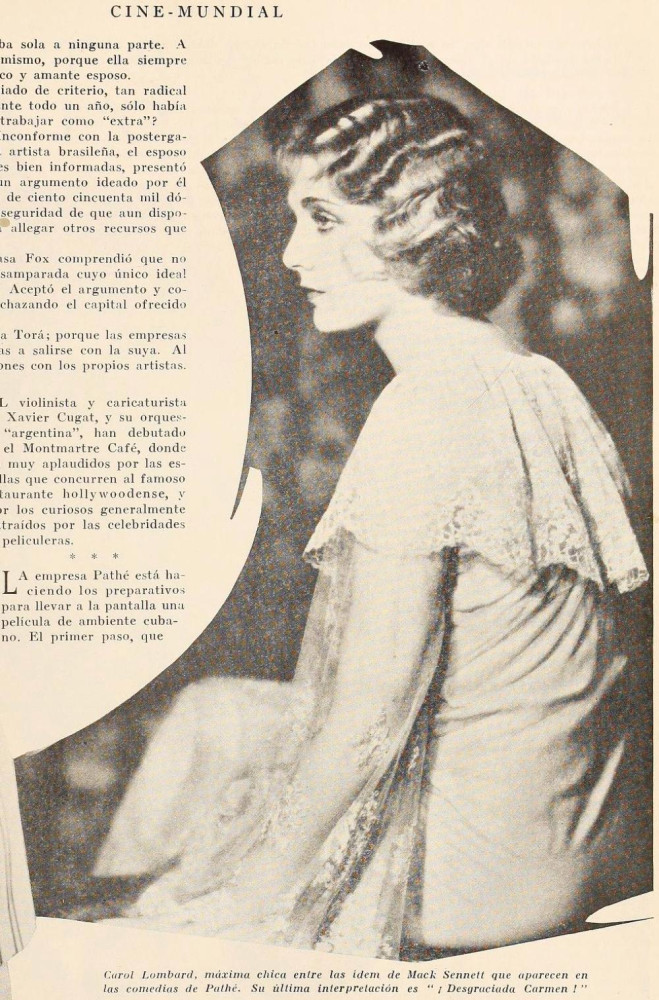 Above is an attractive photo of the young Carole Lombard I believe I've never seen before, from the November 1928 issue of the Spanish-language fan magazine Cine-Mundial. A perusal of the Media History Digital Library today revealed yet more goodies from the 1920s...specifically 1925.

We'll begin with the June 1925 issue of Picture Play, where co-authors Edwin and Elza Schallert wrote a roundup column. (You've seen the Schallerts' son William, then not yet three years old, in countless film and TV roles -- and he's still working at age 92.) 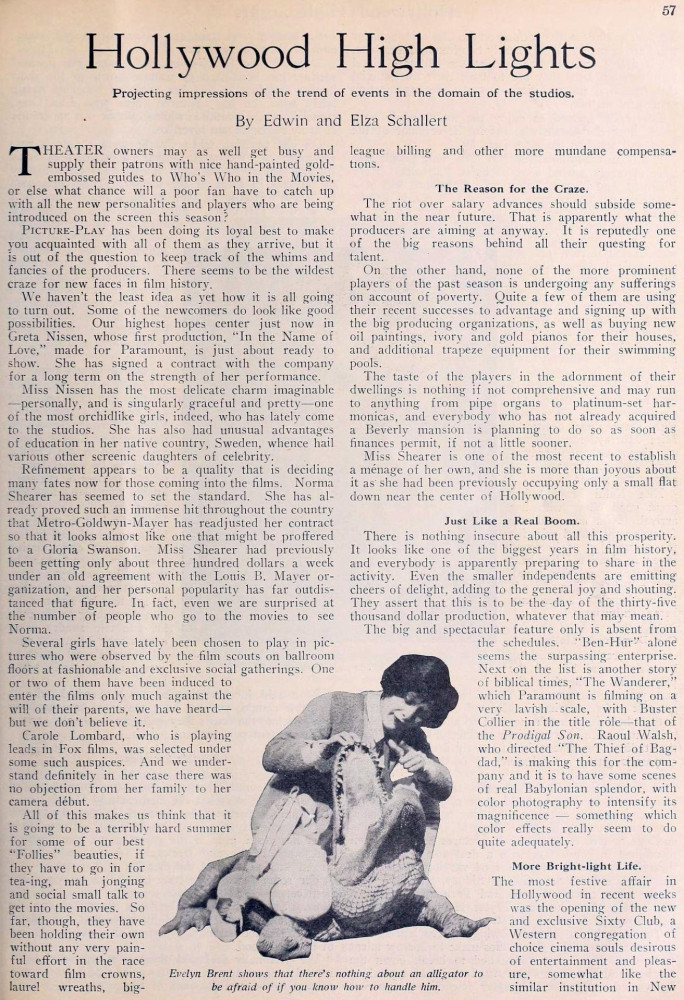 Can't read it? Here's the section in question, with Lombard mentioned near the end:

Also in that issue was a photo of the youthful Lombard that we've seen before; the film it's from is labeled "The Best Man," but was released under the title "Marriage In Transit":

Also in June (the 20th, to be precise), Motion Picture News reviewed "Hearts And Spurs." Since the film is lost, this becomes by default the best description we have of this western:

And another western in which Carole was in the cast, "Durand Of The Badlands," was summarized in the December Photoplay: 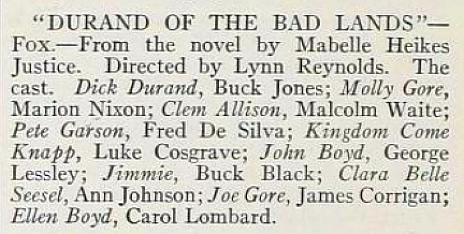 That's it for now. Remember that on Saturday, William Powell is featured on Turner Classic Movies' "Summer Under The Stars," followed by 24 hours of Carole on Sunday. Why leave the house all weekend?
Collapse