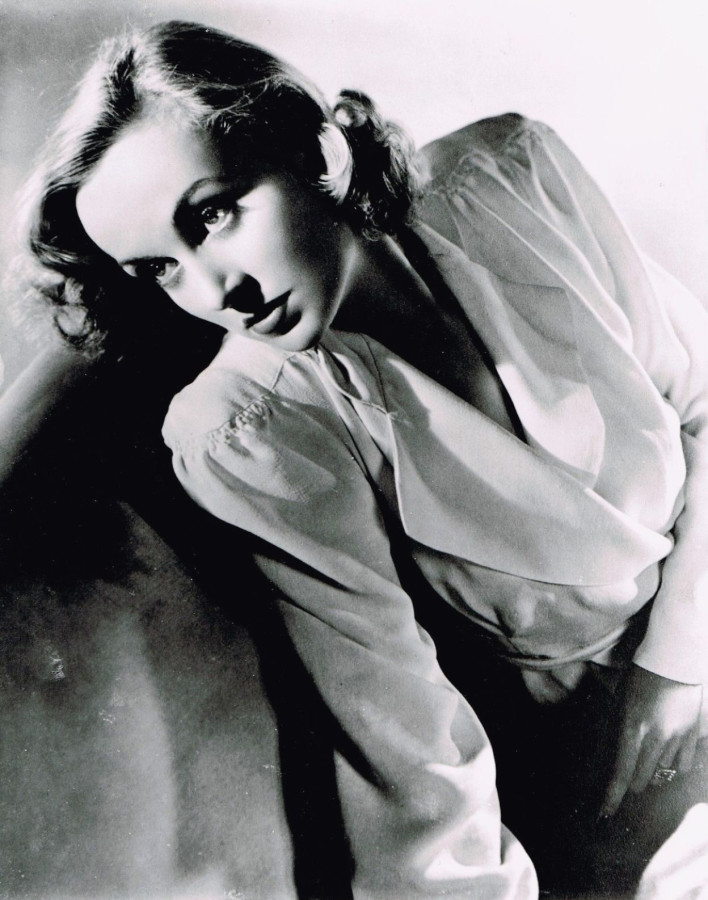 According to the seller of this photo, this is from Carole Lombard's final portrait session, which took place on Dec. 31, 1941. If true, it would mean the image here was taken by Robert Coburn, probably best known for his work with Rita Hayworth at Columbia.

No matter when or where this portrait was taken -- or who took it -- it's certainly beautiful. And this 8" x 10" image, from the original studio negative and in very fine condition, is up for auction at eBay.

"If you’re not prepared to fall in love with Los Angeles, don’t watch this video. I had no intention of wanting to move to L.A. before, but this amazing time-lapse is as close to having a religious experience from a video as I can imagine.

"The City of Angels undergoes a staggeringly beautiful transformation as the sun sets in Colin Rich‘s aptly titled 'City Lights.' Somehow this bustling city manages to look even more vibrant and alive after dark. At the same time, there’s something serene and almost otherworldly about it.

"I promise you’ll never look at Los Angeles the same way again after watching this."

I fully concur -- in fact, watch this in high definition and in full screen for maximum effect. It's simply mesmerizing.

It looks as if Carole's getting ready to be social -- gloves, hat, the works -- in our latest Lombard LiveJournal header, Paramount p1202-484.
Collapse