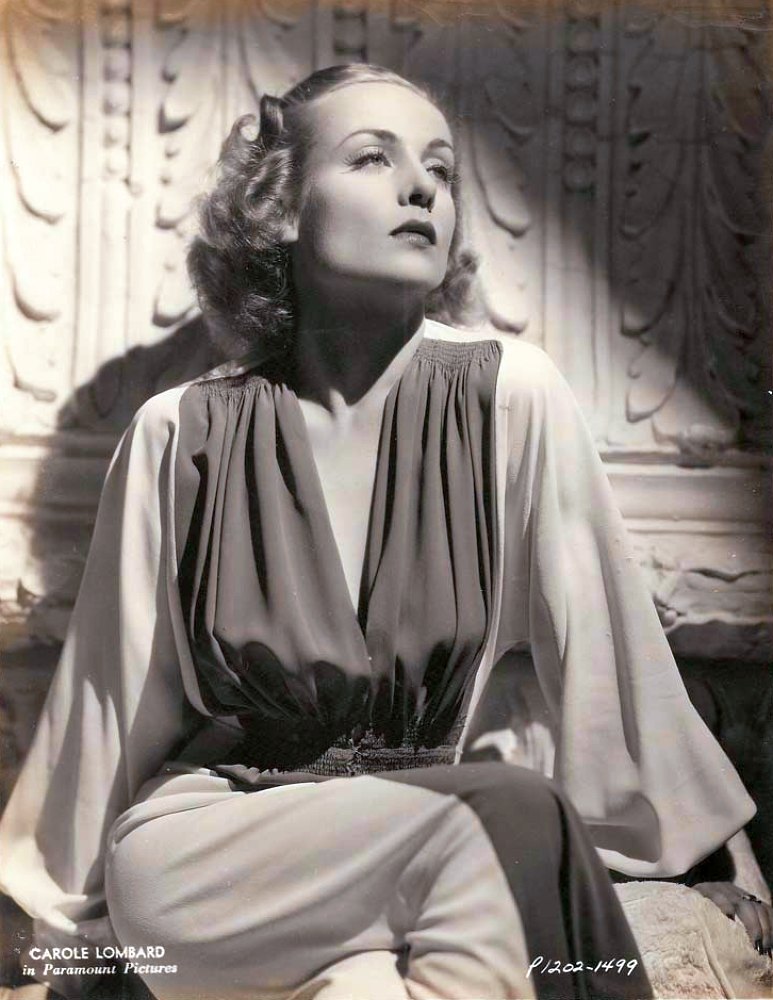 Good news as we enter August -- my desktop computer again is fully functional, giving me plenty more leeway to post Carole Lombard pics such as the one above, the rarely seen Paramount p1202-1499. And this couldn't have come at a better time, because the Media History Digital Library has uploaded yet more tantalizing pages to its massive online catalog.

This time, it's the legendary entertainment trade paper Variety, whose run from 1905 to 1926 already was part of the library. Now, it's added the years 1927 to 1941 -- and yes, that includes the famous front page from Oct. 30, 1929, the day after the stock market crash, which was written by future Lombard screenwriter Claude Binyon (http://carole-and-co.livejournal.com/76563.html): 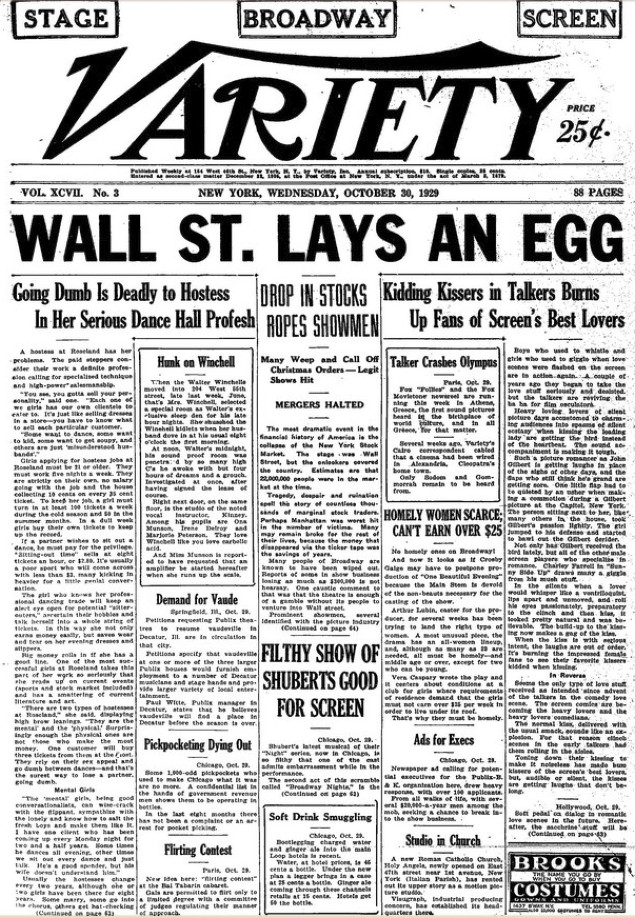 More important, it has plenty of potential new information for Lombard researchers to mine. The first reference to Carole I found came in the Oct. 19, 1927 issue:

No real new info on the automobile crash that led to Lombard's lawsuit (and the $3,500 settlement). No date when the accident took place, or where it precisely happened (something that's eluded historians for decades). Frustrating.

Next, to 1931. Lombard was a very active Paramount player in the first half of that year, and we have an array of ads from the studio: 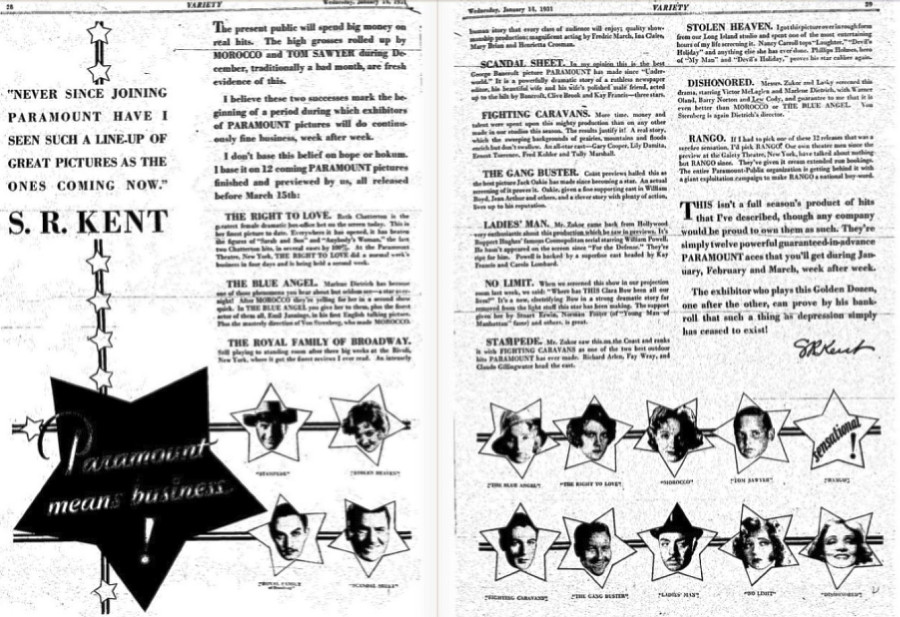 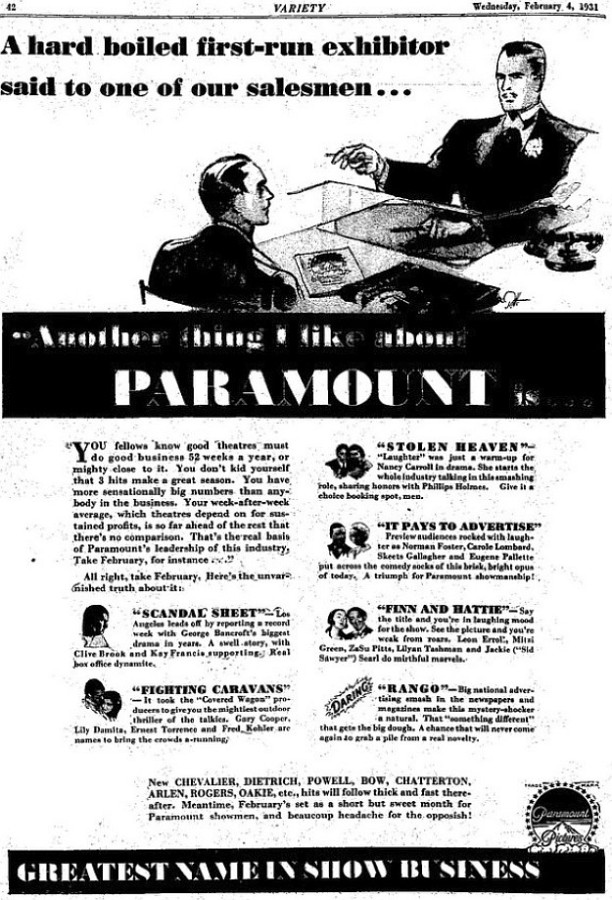 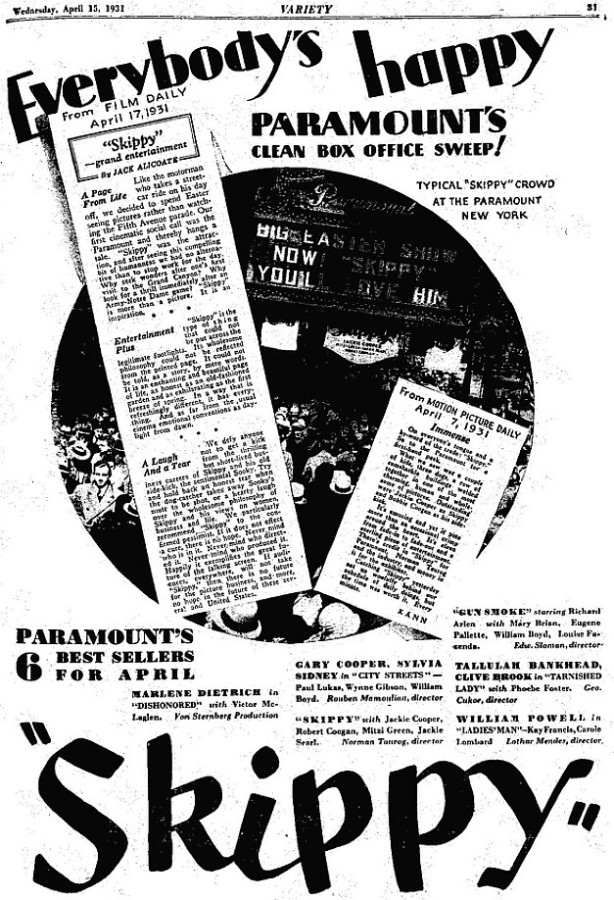 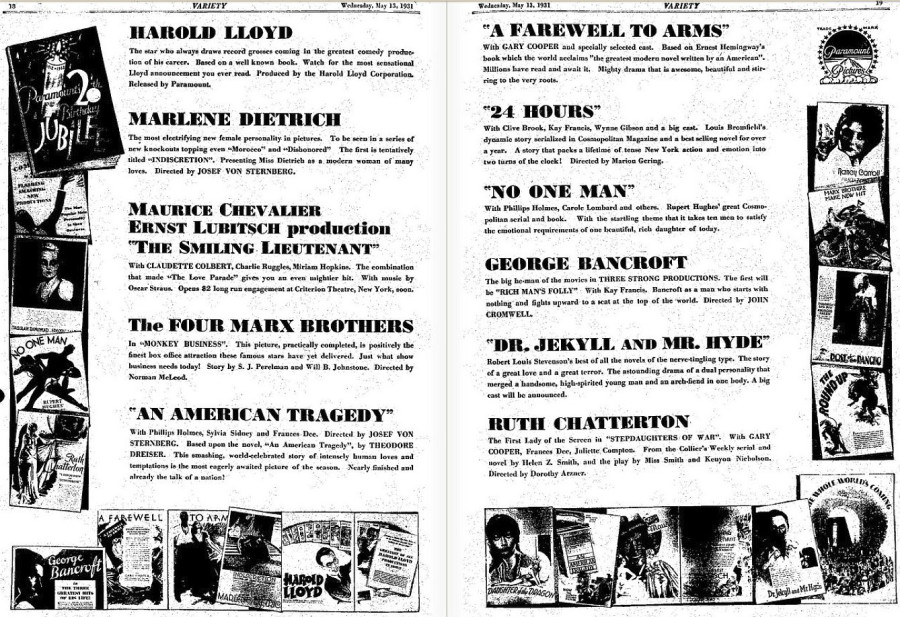 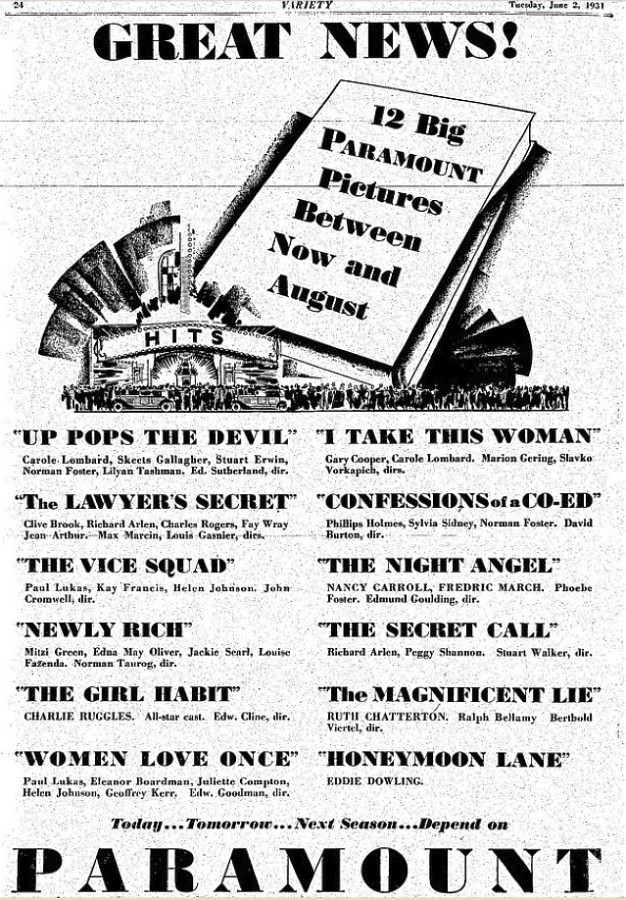 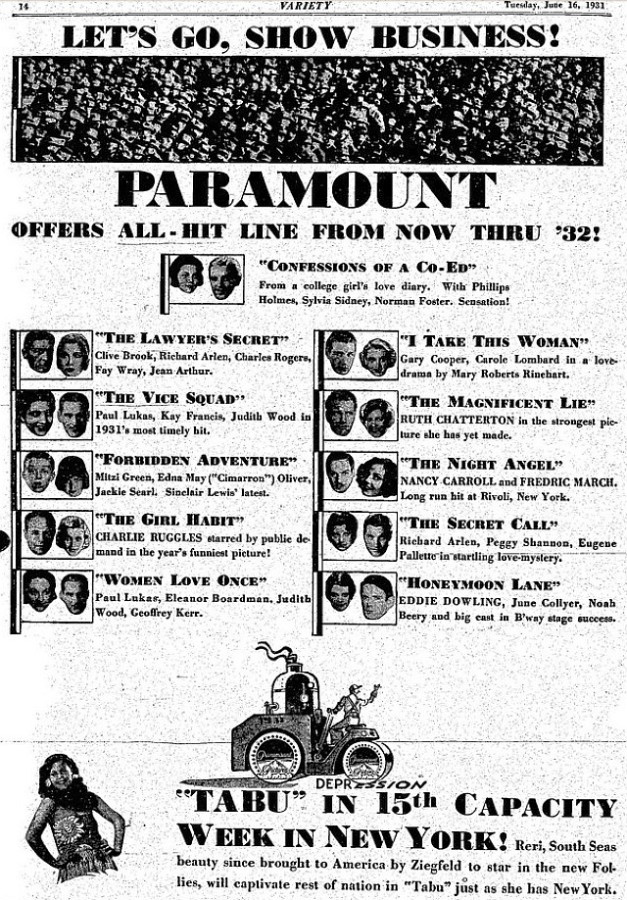 A June issue had some intriguing comments on "I Take This Woman," making me want to watch this little-viewed Carole-Coop collaboration all the more: 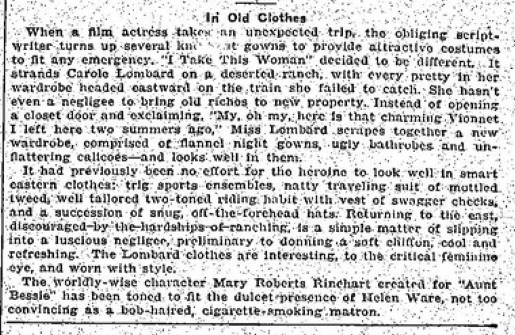 In December, a columnist examined the substantial change in star rosters for 1931, and Lombard was mentioned: 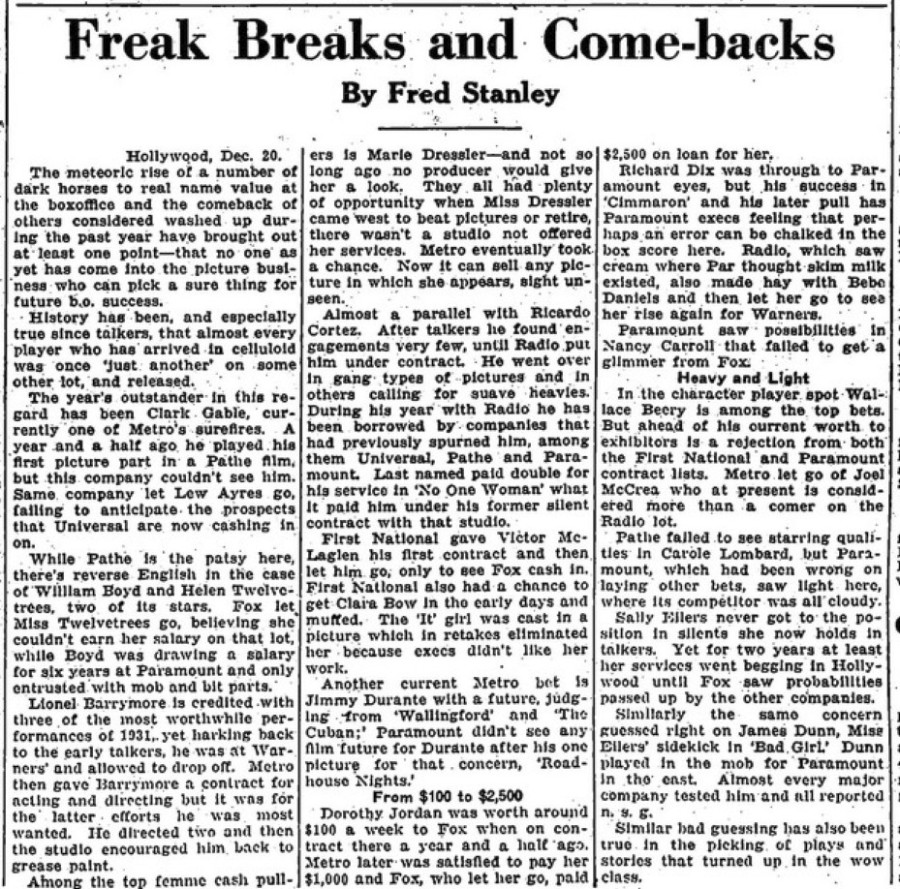 Looks worth checking out for more Carole stuff.

The first LiveJournal header for August features an intense Lombard staring at you and I in Paramount p1202-483.
Collapse