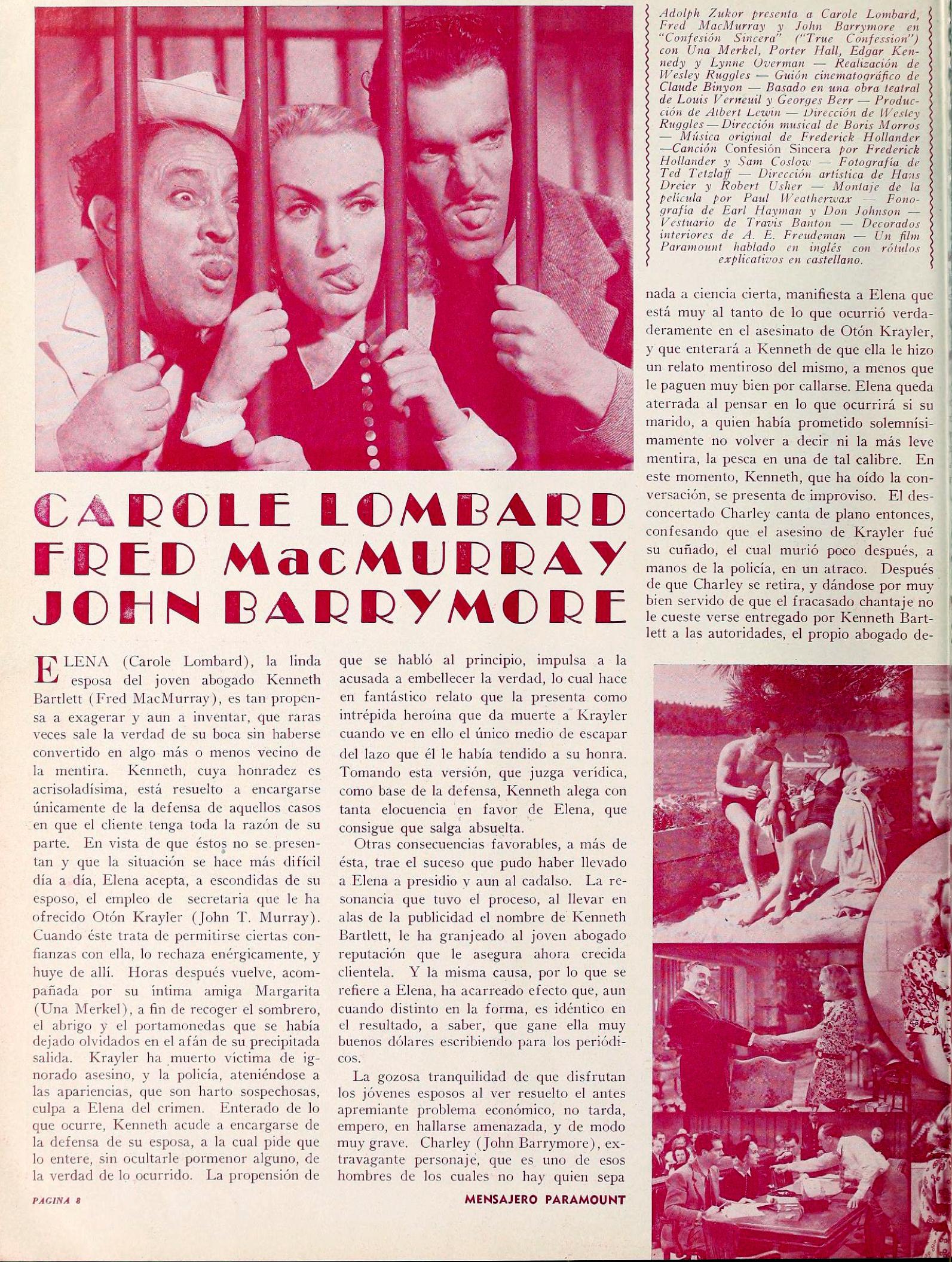 OK, so many of you can't read the copy above unless you're fluent in Spanish, but forget the words and focus on Carole Lombard, Fred MacMurray and John Barrymore, the three stars of "True Confession." Two weeks from today, Turner Classic Movies will air that 1937 comedy for the first time as part of its Aug. 10 celebration of Carole on its month-long jubilee of classic Hollywood legends, "Summer Under The Stars."

That's a caricature of David Niven, the Aug. 2 honoree. And the Long Island newspaper Newsday (where my Facebook friend and former journalistic colleague Valerie Kellogg writes about real estate, including all those classic mansions) did a short feature on SUTS the other day (http://www.newsday.com/entertainment/movies/turner-classic-movies-features-mgm-stars-1.8873517). It begins Friday -- and don't forget TCM's 24-hour memorial tribute to James Garner on Monday.

With luck, I'll be able to catch some of it from my new apartment, as I'm scheduled to have cable, phone and Internet service installed tomorrow. That will mean I'll finally be able to use my desktop computer for the first time since mid-June...what a relief. Keep your fingers crossed.

I also note that today's entry marks the 2,750th since Carole & Co. began on June 13, 2007 (most have been written by me). We hope for more milestones in the future.
Collapse