In the closing months of 1935, Carole Lombard finally was riding high. At last, her home studio of Paramount had provided her a first-class comedic vehicle in "Hands Across The Table," and she was ascending into one of filmdom's most popular personalities.

No wonder she would be written about in the December 1935 issue of Movie Classic, as Sonia Lee wrote a "Portrait Of A Self-Made Woman": 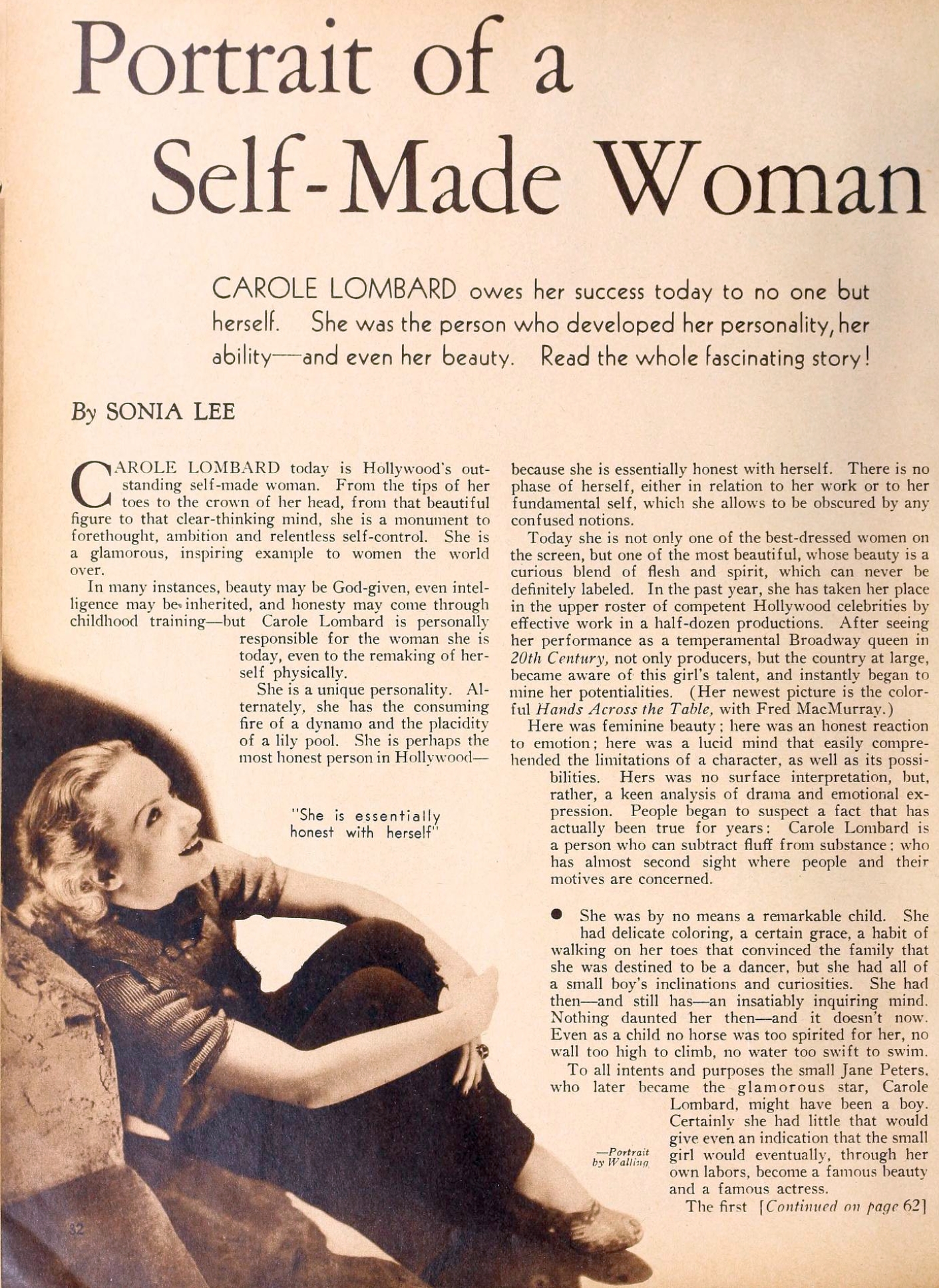 (The entire article can be seen at http://carole-and-co.livejournal.com/594199.html.)

Lee -- who doesn't quote Carole here (one doubts she even tried) -- almost certainly engages in typical fan magazine hyperbole, not to mention misplacing timelines. I've never read any biographical account linking Lombard to the well-regarded Denishawn dance troupe, and a "resemblance to Constance Bennett" didn't lead Carole to being signed by Fox in 1924, but to being fired by Pathe in 1929. Get beyond that, and it's a good snapshot of how Hollywood viewed Lombard in late 1935.

The issue also includes pieces on cover subject Joan Bennett, Miriam Hopkins, "How Fred Astaire Looks At Life," "Sylvia Sidney's 10 Pointers For A Career" (hmmm, do any of them involve needlepoint?) and "Mrs. Temple Refuses Fortune For Shirley." Film ads include "Mutiny On The Bounty" and "A Midsummer Night's Dream."

Carole sets herself at an angle in Paramount p1202-477, our latest Lombard LiveJournal header.
Collapse