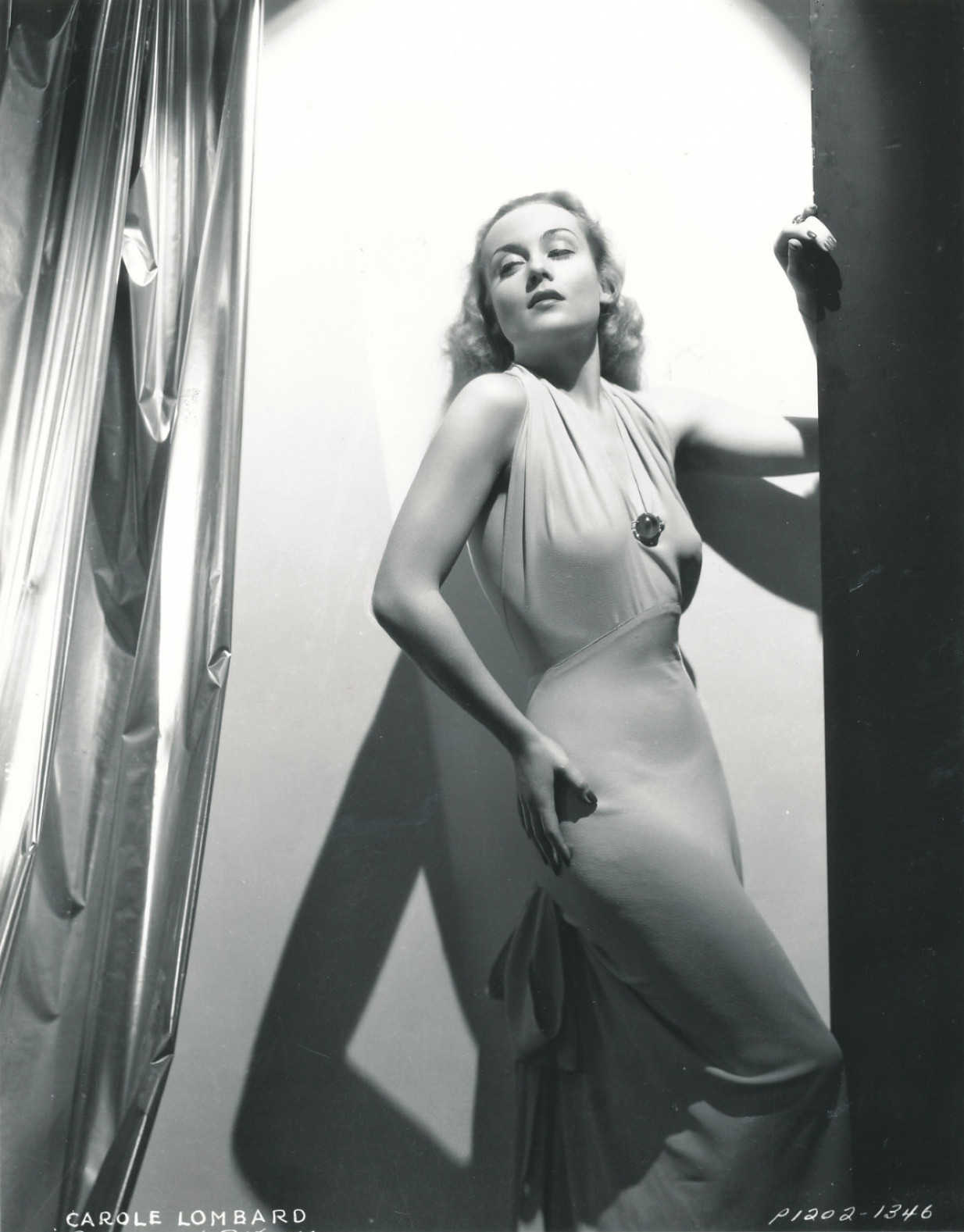 A sexy pose from Carole Lombard? Certainly. But for now, ignore that exquisite face, that streamlined figure, and look at the object nestled between her breasts. (Carole would be amused to note people staring at her modestly-endowed chest.)

That object in Paramount p1202-1341 was one of Lombard's most prized possessions -- a large sapphire brooch, given to her by first husband William Powell. As Screenland magazine wrote in January 1937, "Show Carole Lombard a star sapphire and immediately she goes stark, staring screaming mad and there's really nothing to be done about it until she buys that star sapphire!"

Another sapphire of note in Carole's collection was an attractive ring, which appeared with her in genuine photographic color on the cover of the November 1935 issue of Hollywood magazine: 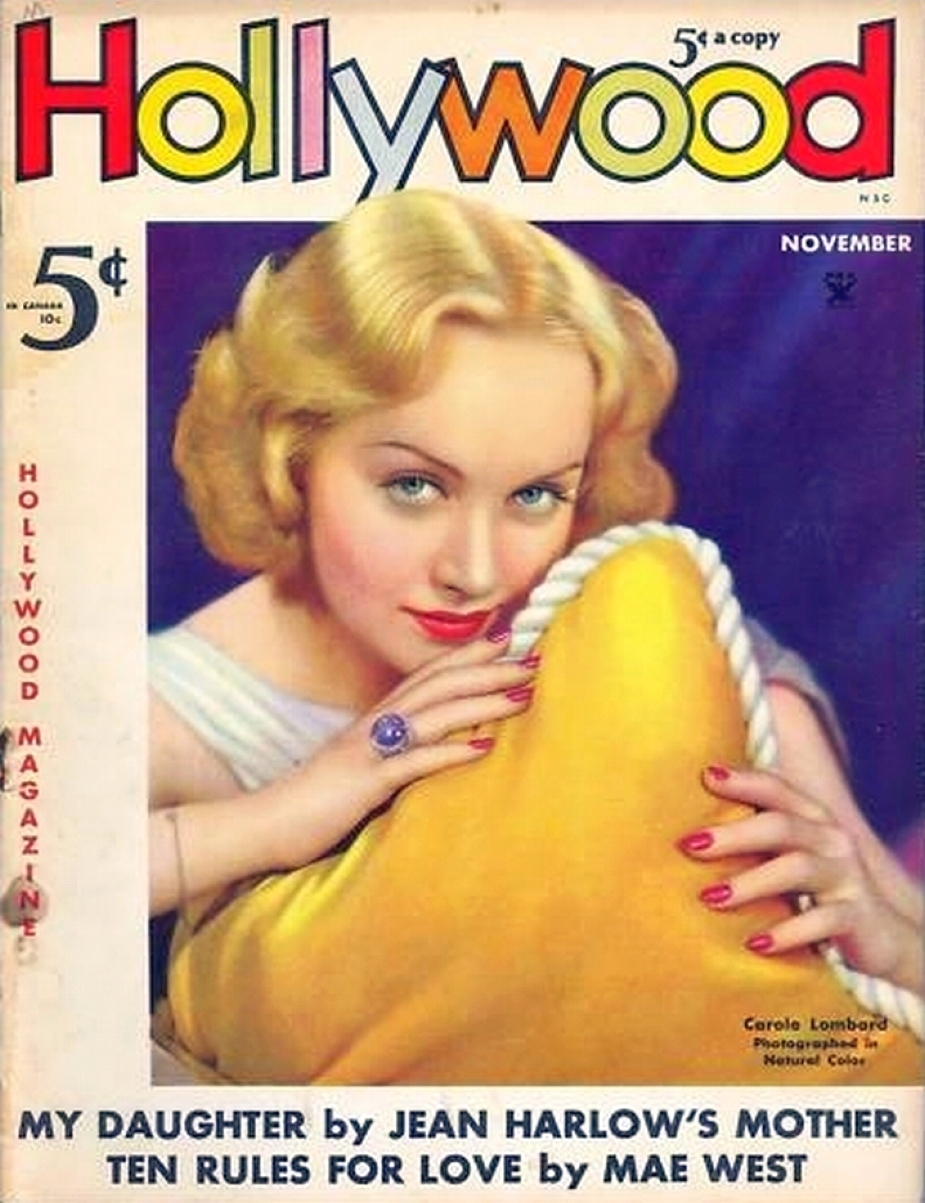 Then again, that may not have been a gift from Powell, but a supersized sapphire she bought herself! From Photoplay, December 1935:

So, just what happened to all these Lombard sapphires? Apparently, as her romance with Clark Gable intensified, her affection for sapphires diminished. Slightly more than a month ago, someone asked me about their ultimate fate, so I turned to Carole Sampeck of The Carole Lombard Archive. Here's what she had to say:

"CL sold the brooch along with her other star sapphires 1936-ish. The whole collection. Scattered to the winds, no doubt. There have been different mentions of it in different biographies..."

Oh, by the way, that "someone" was Kathleen Lynagh, who is seeking to recreate the brooch for the "My Man Godfrey" gown that will appear as part of the "Hollywood Costume" exhibit that will appear in Los Angeles for five months (http://carole-and-co.livejournal.com/709175.html).

Not sure about recreating that fabulous sapphire brooch, but here's a way mere mortals can emulate the Lombard look -- this synthetic star sapphire from the Hollywood Collection, for only $70 (http://thehollywoodcollection.stores.yahoo.net/carstarsapca.html):