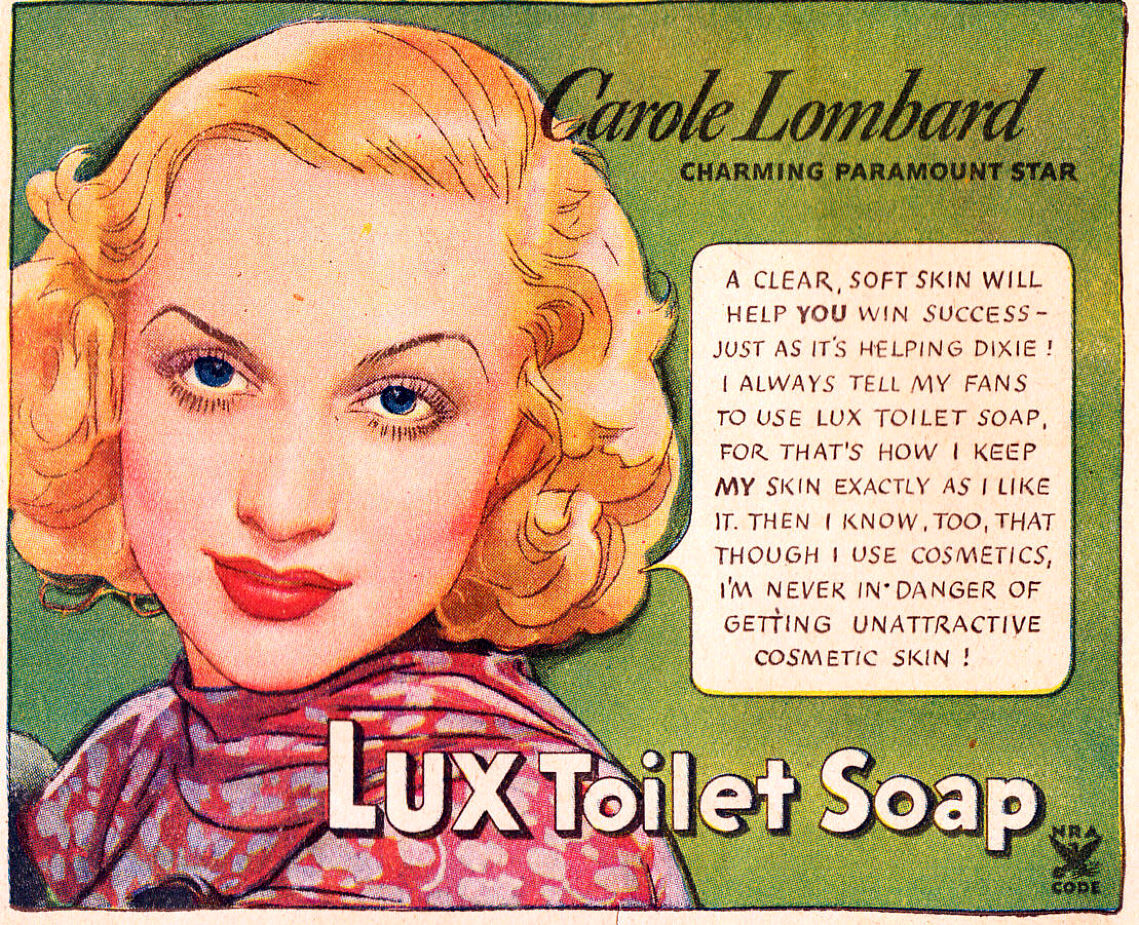 I'm guessing that in the 1930s, Carole Lombard and other stars who appeared in Lux soap advertisements didn't make individual marketing arrangements with the company; instead, each studio (Paramount in Carole's case for this 1934 newspaper ad) handled it for them, and probably got a cut of the action.

Was that still true in 1940? If so, then RKO was involved in an ad which ran in Photoplay that December:

The ad also promoted Lombard's upcoming film for RKO, "Mr. & Mrs. Smith." In that Photoplay issue, Carole also endorsed an entertainment career for co-star Robert Montgomery's young daughter Elizabeth, though most of her success would come through television rather than film (http://carole-and-co.livejournal.com/529450.html).

Now that I'm on the verge of becoming a full-time Los Angeles resident, I thought it might be fun to periodically examine some of the many classic recordings made in the city. We'll start with the man who taught the world how to swing, Louis Armstrong.

In July 1930, Armstrong headed west to front Les Hite's orchestra at the New Cotton Club on Washington Boulevard in Culver City; Louis was so popular the engagement was extended through the following March. (I've often wondered whether Lombard attended one of his shows.)

One of the first records he cut in LA perfectly encapsulates the Armstrong sound that was revolutionizing popular music, filled with his characteristic humor -- it's his take on a western swing favorite, the irresistible "I'm A Ding Dong Daddy From Dumas":