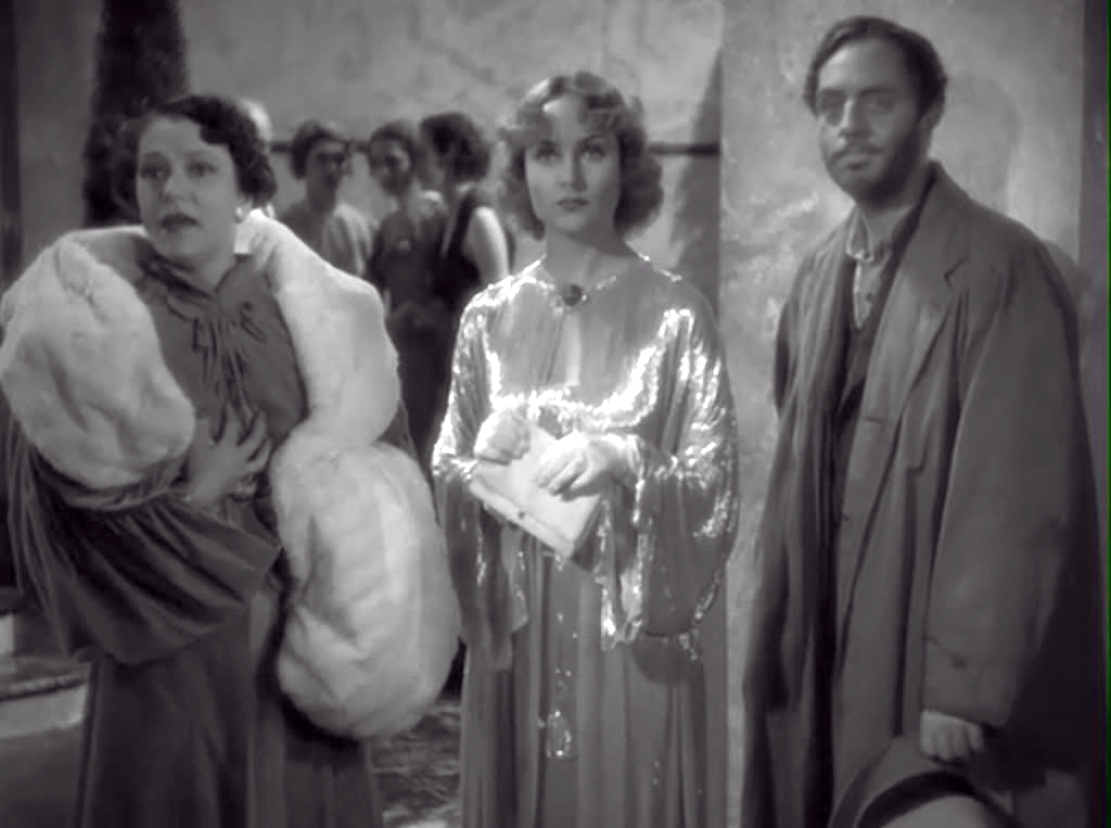 Delectable gown Carole Lombard's wearing, isn't it? This outfit, comprised of a cape and thousands of beads, is the first thing we see her wear in "My Man Godfrey," and it instantly lifts her into the ethereal.

That gown, seen above, was part of an exhibition, "Hollywood Costume," shown not long ago at the Victoria & Albert Museum in London. Well, the good news is that the exhibit is headed to the other side of "the pond" -- in fact, the city that includes Hollywood as a district. Even better, it will be in a building that will house at least some of these items on a long-term basis...

...the future site of the Academy Museum of Motion Pictures at Wilshire and Fairfax, better known to Angelenos of a certain age as the one-time home of the May Co. department store on the "Miracle Mile."

The Los Angeles "Hollywood Costume" exhibit will run for five months at the site, beginning Oct. 2. Tickets are already on sale at http://www.oscars.org/hollywoodcostume and are $20 for the general public; $15 for seniors and $10 for students.

If you saw the exhibit in the UK, note that the Los Angeles version will add 30 items and enhance some of the existing displays.

The gowns in that photo above are from films as diverse as "Hello, Dolly!" and "Lady In The Dark" to "The Philadelphia Story" and "Breakfast At Tiffany's." Oh, and if you're into footwear, there's a pair of glittering shoes...

...the iconic ruby red slippers from the 1939 "The Wizard Of Oz." (Incidentally, in L. Frank Baum's book "The Wonderful Wizard Of Oz," the slippers were silver, but MGM took artistic license to take advantage of three-strip Technicolor.) Those shoes will be a permanent part of the new museum once in opens in 2017, since they are Academy property.